It’s been a week or so of mostly clear skies here on Rum. That’s meant sunshine and blue skies during the day, starry skies and moonlit nights.

Last night the moonrise was so stunning we thought a chicken house had caught fire from a spark of the rubbish we were burning until we realised it was a reflection of the moon on it’s roof. Several planets are visible in the night sky just now too and sitting watching the first star appear each night followed by a handful more, then a sudden burst of loads until you feel as though you could look up into the sky and count them forever (which I know you could) is amazing, humbling and wonderful.

Of course as my friend Helen, who we have been camping with many many times and is a very wise woman always says ‘clear skies mean bloody freezing. Socks by six!’ referring to the need to start layering up early around the campfire of an evening so you go to bed cosy rather than chilly. Socks for the gas bottle might have been wise last night as the regulator froze meaning no kettle or grill for tea and toast this morning. Plus ice on the inside of our bedroom windows. As a child of the 70s from a metal window single glazed bedroom on the shady side of the house waking up to pretty patterns sticking the net curtains to the inside of the panes was nothing unusual at this time of year and our double duvet and hot water bottles mean once we’re in bed it’s pretty cosy. Always better than a tent! 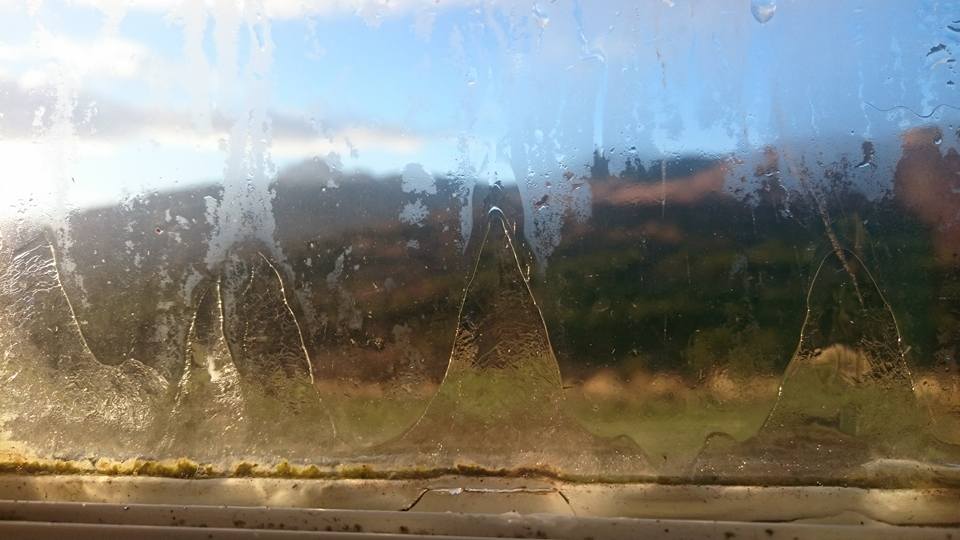 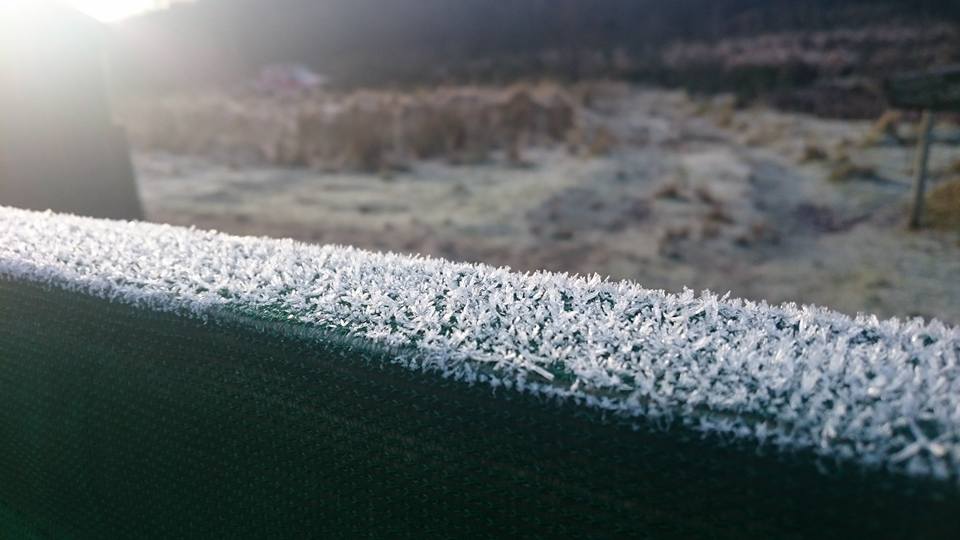 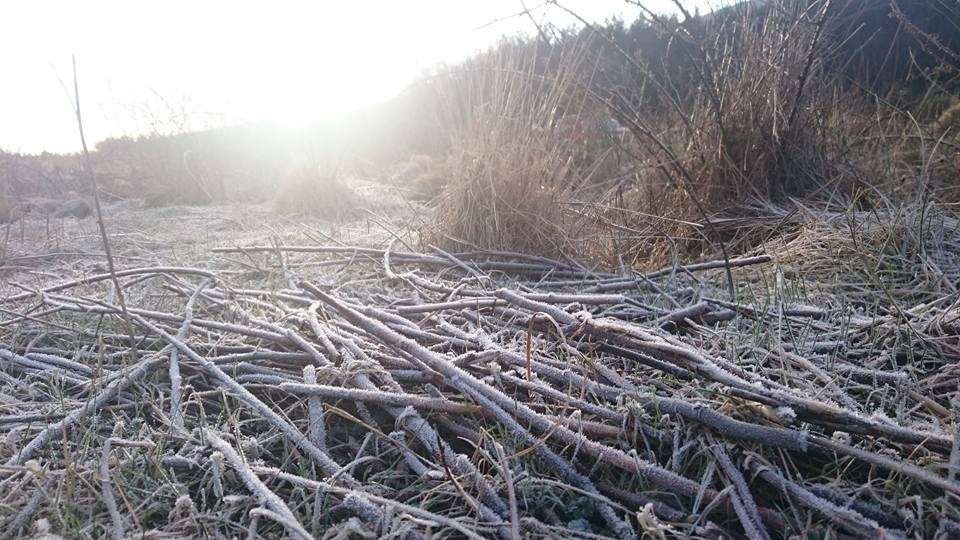 It’s been lighter later too, we even managed our last cup of tea of the day outside yesterday at nearly 6pm 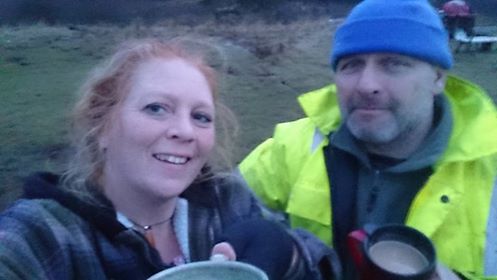 After nearly five years, with the help of last summers volunteers and a final push from Ady using some off cuts of wood we were given from the old dismantled hostel building in the village we finished the footpath from the bottom of the croft up to the caravan. 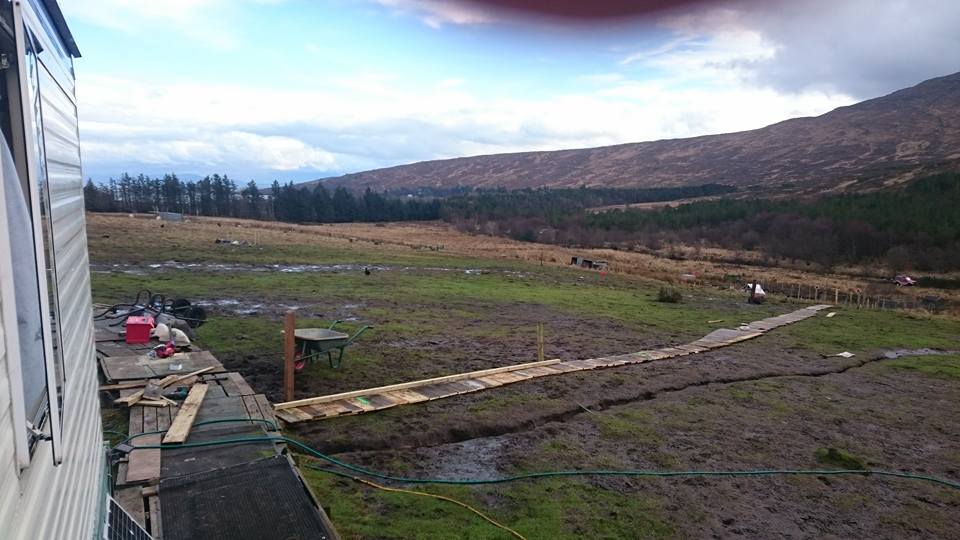 It’s amazing. We can walk up and down without risking knee deep mud or slipping and sliding. To ensure it is safe to walk on I stapled chicken wire to the wooden part yesterday. Just in time for the heavy frost last night to make it perfect for this morning. 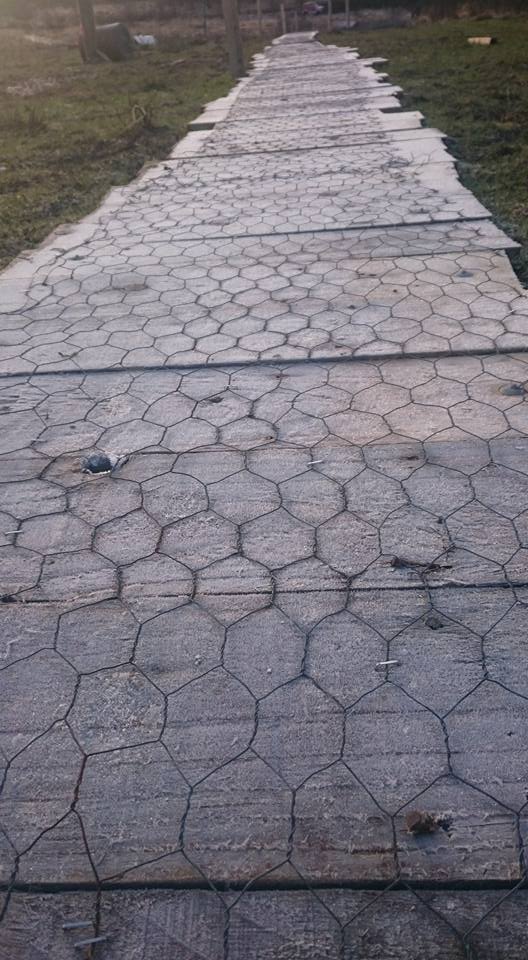 It’s very funny watching the cat, the dog and lots of of the birds all using it to avoid the mud too!

I’ve managed to get the first crops in the ground – some onions and garlic and some early potatoes already in containers. The rest are waiting to go out along with the artichokes once the ground has warmed up a little.

And I’ve been doing well with the ukulele – I got a couple of cheap songbooks and have been practising every day. I’m really enjoying it. The others are all walking around humming La Vie En Rose and American Pie from hearing them over and over again… see how I have brought music into all our lives! 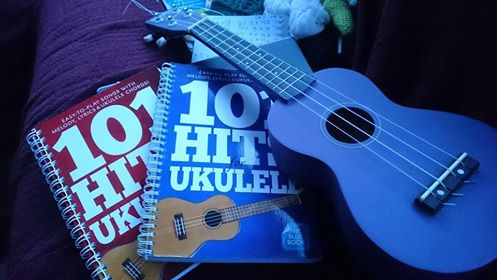 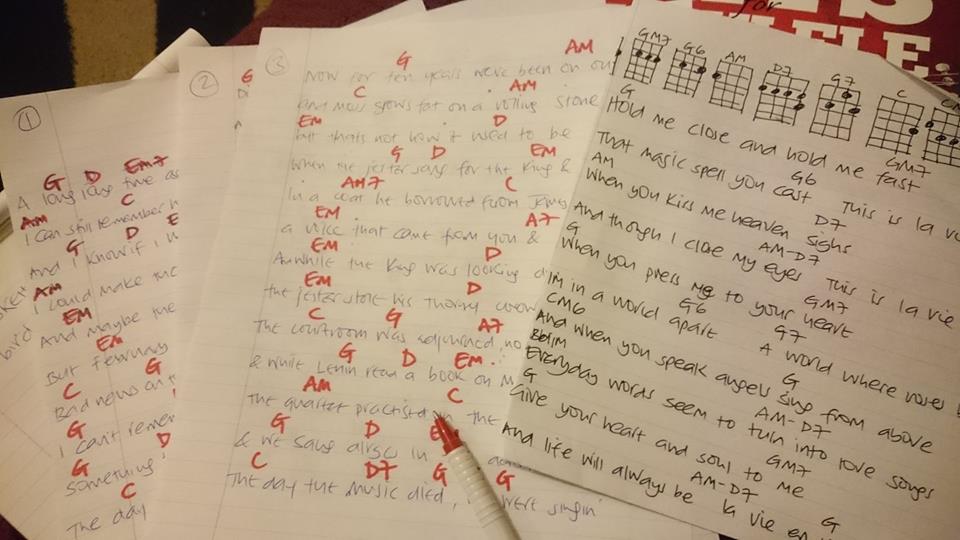