This time three weeks ago we were at sea. We still had a couple of hours on a ferry and a couple more driving before we arrived here at the house.

In three weeks we have settled in. We’ve worked out how to use the clay oven and the range for heating and cooking. We’ve mastered bread, soups, coffee, pizzas, stews, pies, curries, roast dinners, cakes and crumbles. 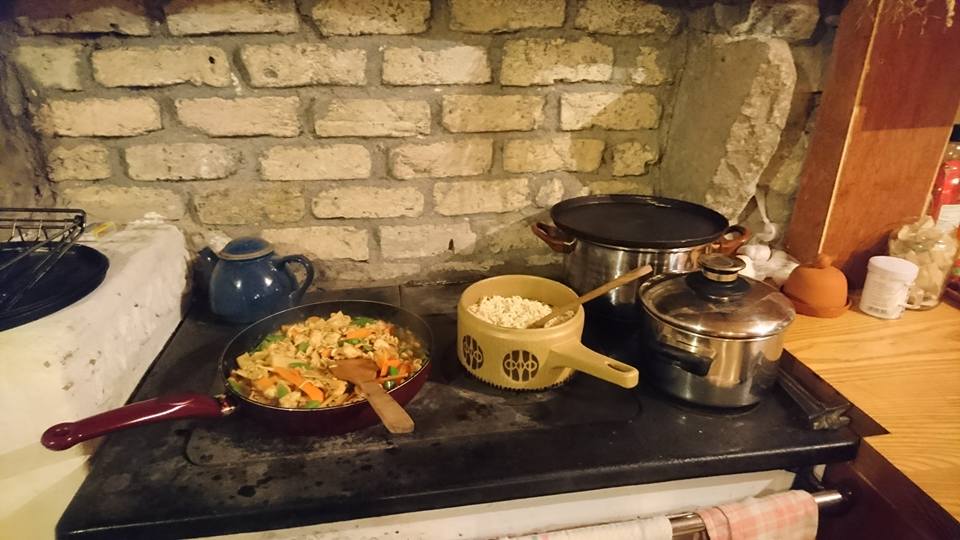 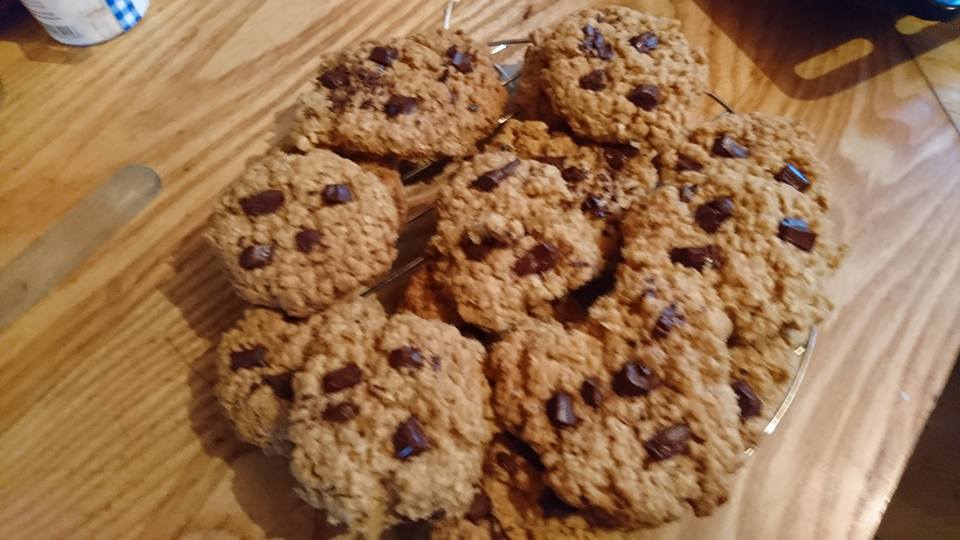 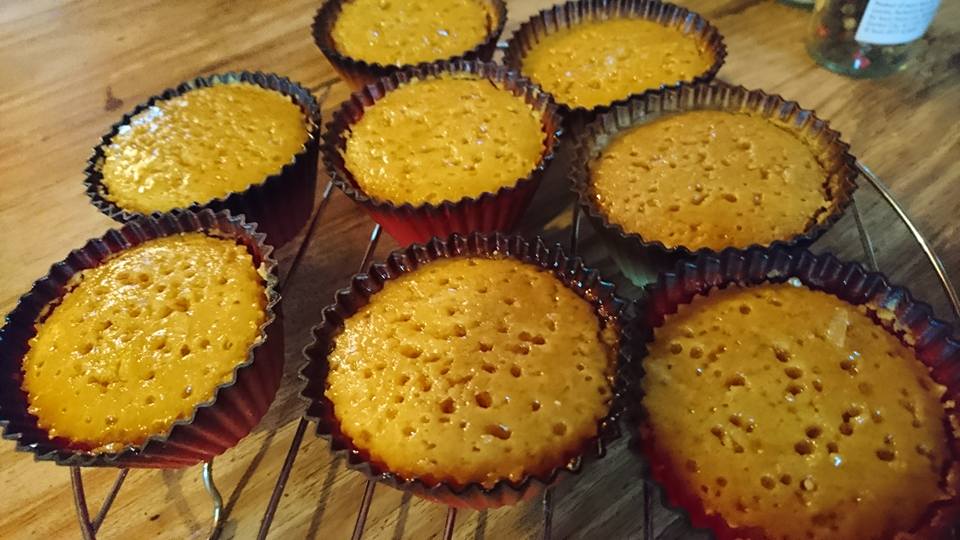 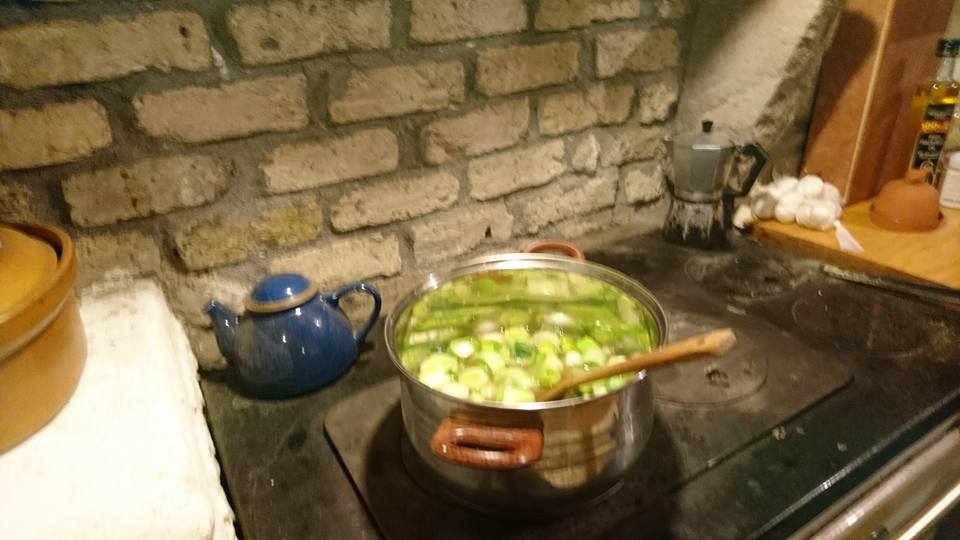 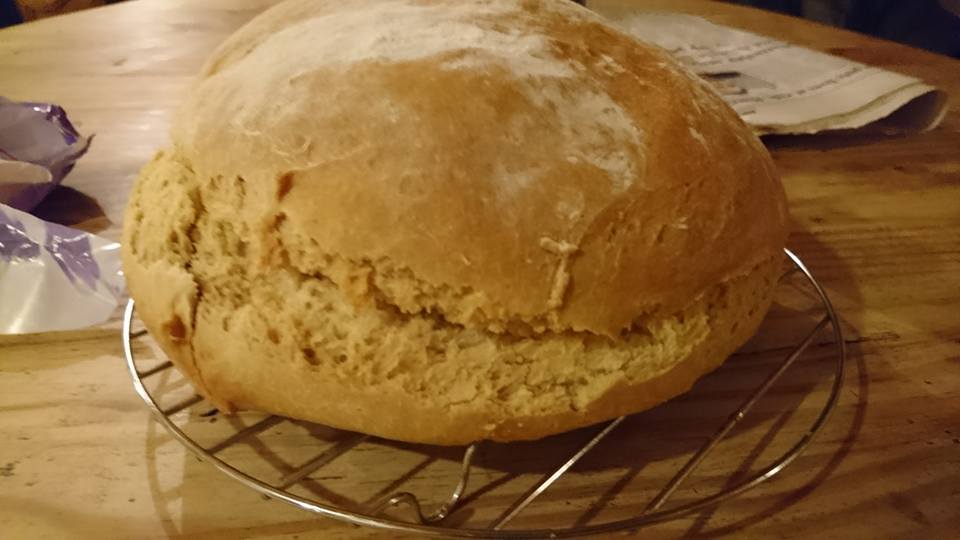 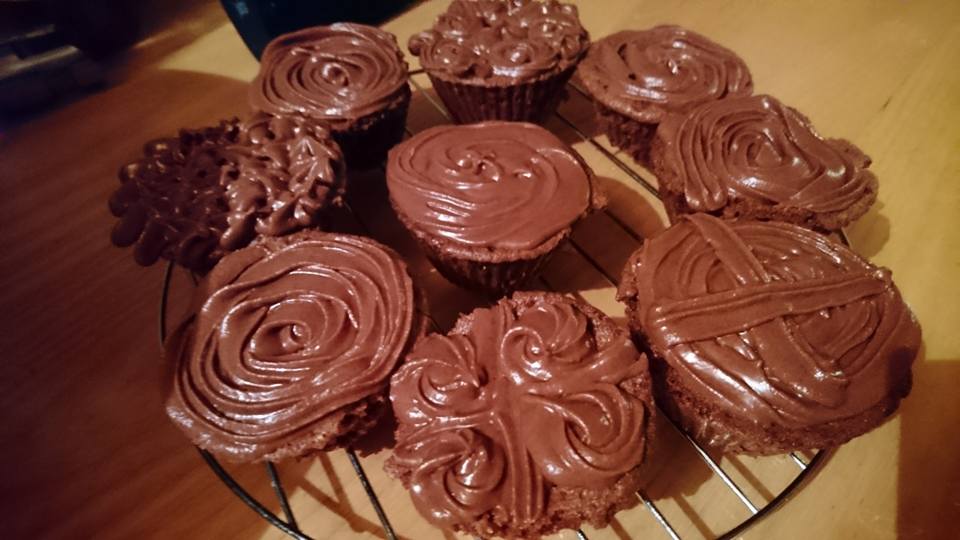 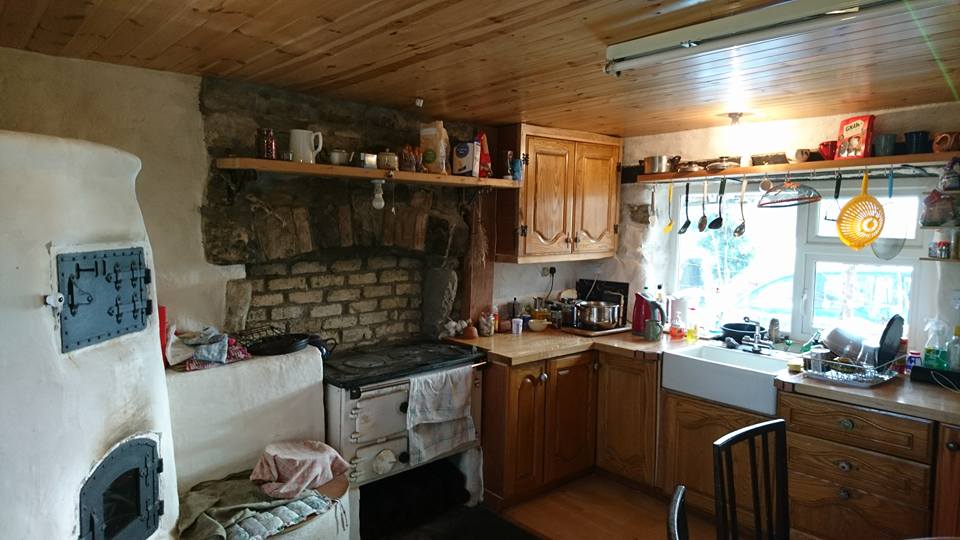 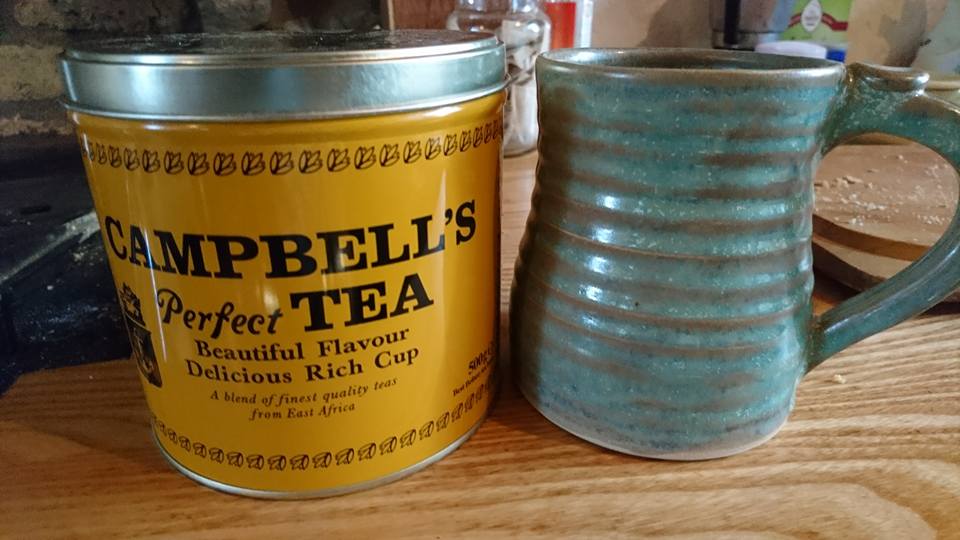 We have hemmed the fleece blankets we keep in the car to make makeshift curtains to hang up to keep the room cosier at night, invested in a thicker duvet, an electric blanket and a hot water bottle (for various people depending on preference) all of which will come home to Rum with us. We found a candle holder for one euro in a charity shop which has made evening baths into something special. 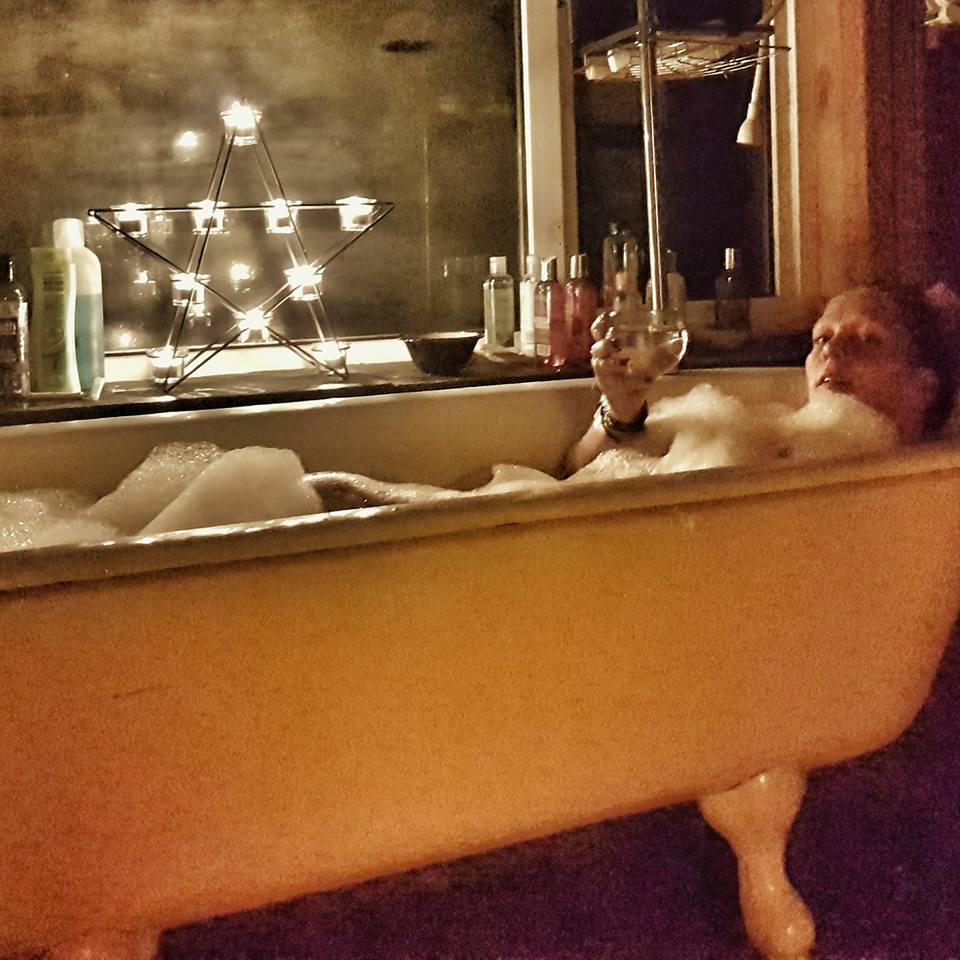 After more live chats with couriers that I can count and driving to the post office twice to collect parcels we have made a sign for the gate and successfully had our first delivery of post to the actual address. 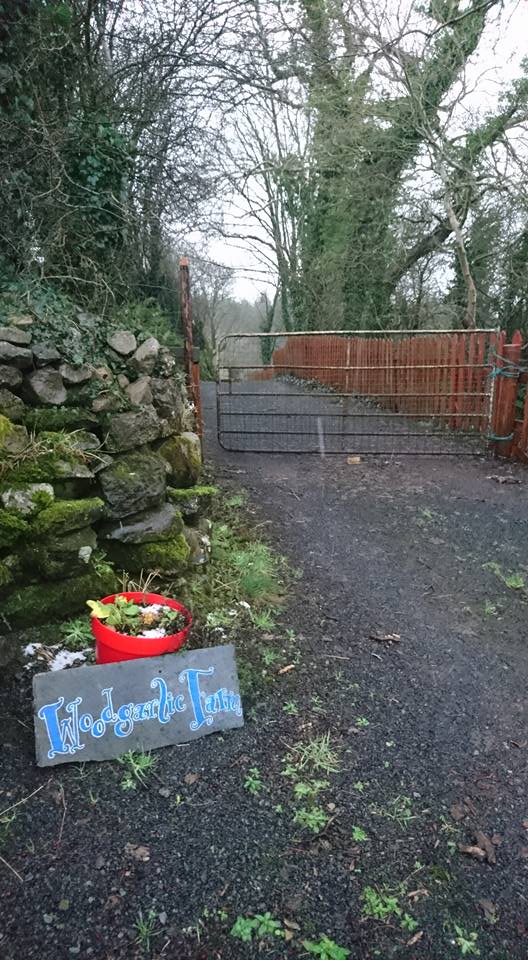 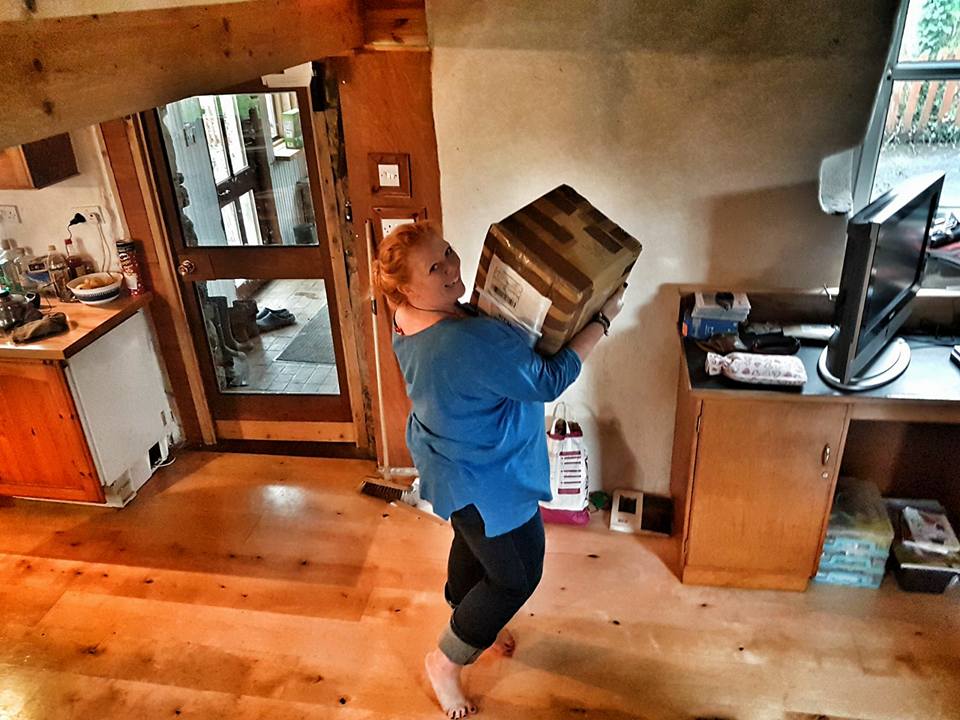 We have worked out where to take bottles and cans for recycling and after a very frustrating and expensive trip to the local landfill site we are now returning what little plastic packaging we cannot avoid bringing home back to the litter bins at the supermarkets we’ve purchased things from. We can navigate to the local town and back without satnav even in the dark (that took a fair few attempts!) and have a loyalty card for the local chain of supermarkets and know what time short date food starts to be reduced to clear so have a freezer stocked with bargains.

Davies and I have been studying. We’ve both finished and submitted our second assignments. We’re about to start working on the third block of four. Ady is plotting improvements and plans for the croft and caravan when we get back to Rum. Scarlett is mastering a whole new level of baking challenges – what she gains in electricity and a fridge she lacks in an easily controlled temperature of oven. Bonnie and Kira are enjoying being free. 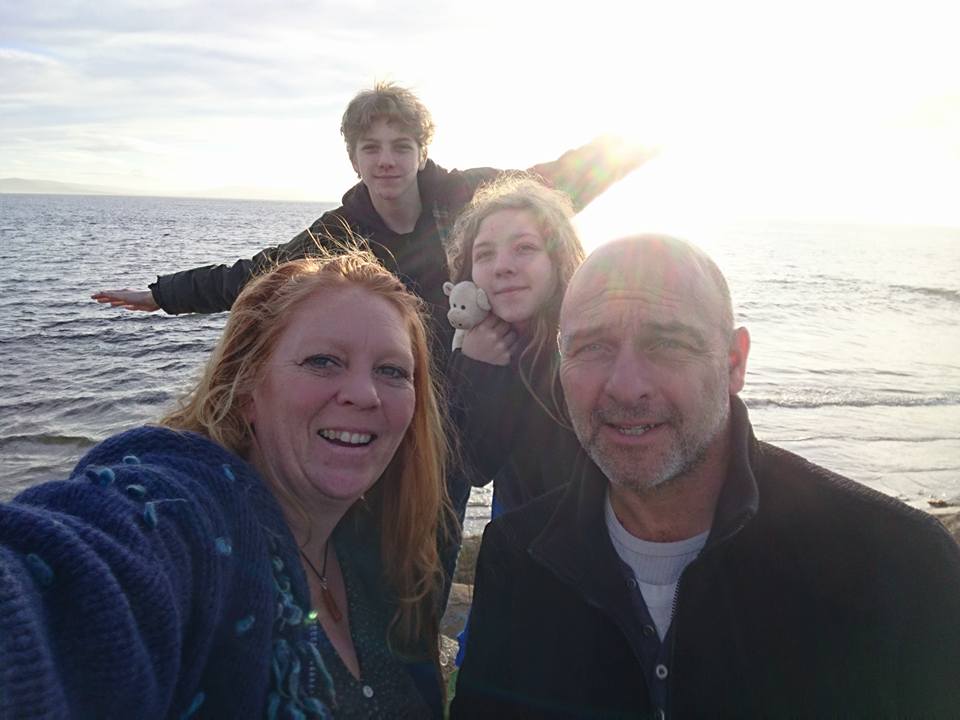 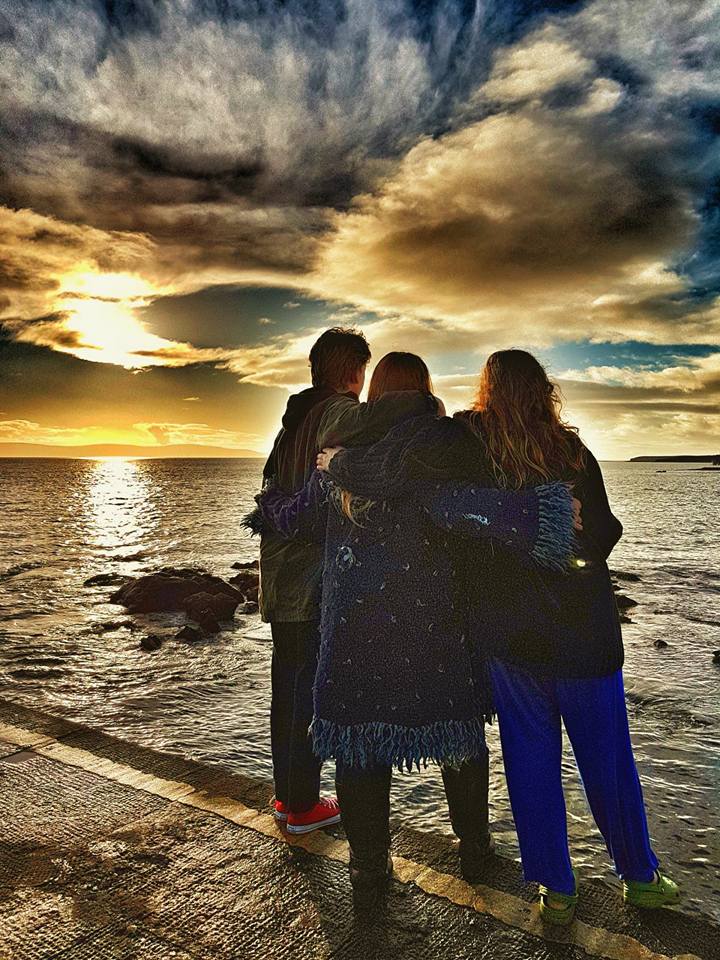 So far we’ve visited Galway and stood in the bay and been to the seaweed baths at Enniscrone which will definitely go down in our list of unique experiences. Ady and I had the twin room with two baths and a steam box. You go into the box with only your head outside and release the lever to fill the box with steam – a sort of gentle sauna which opens your pores, then you get into the saltwater seaweed filled bath. Eventually after a long soak in the salty, floaty bath while the seaweed swirls around you, you have a cold seawater shower to close your pores back up. 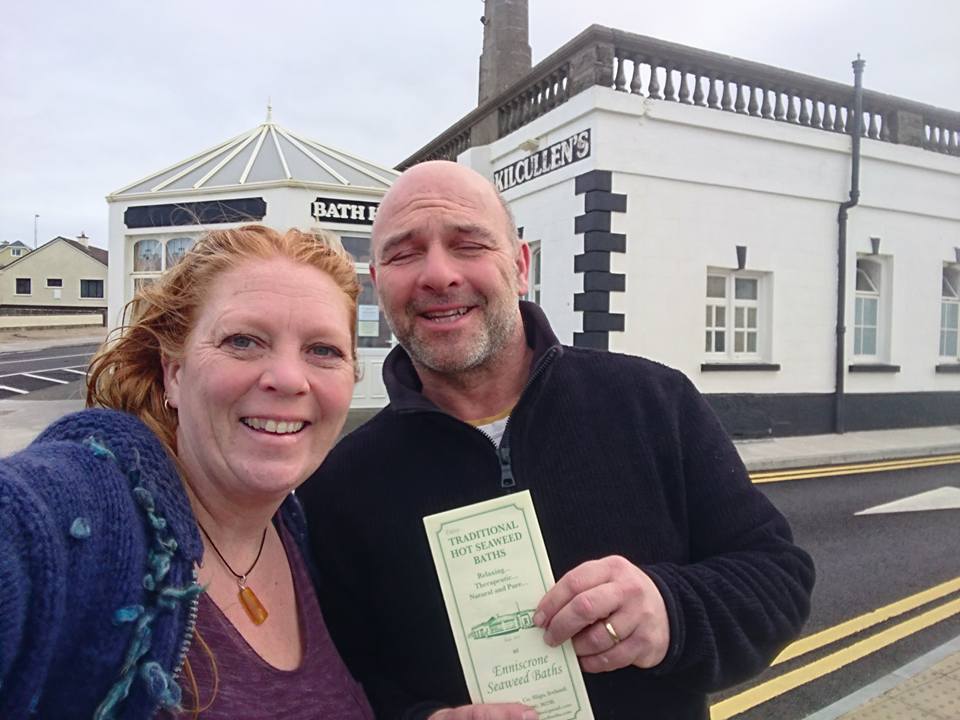 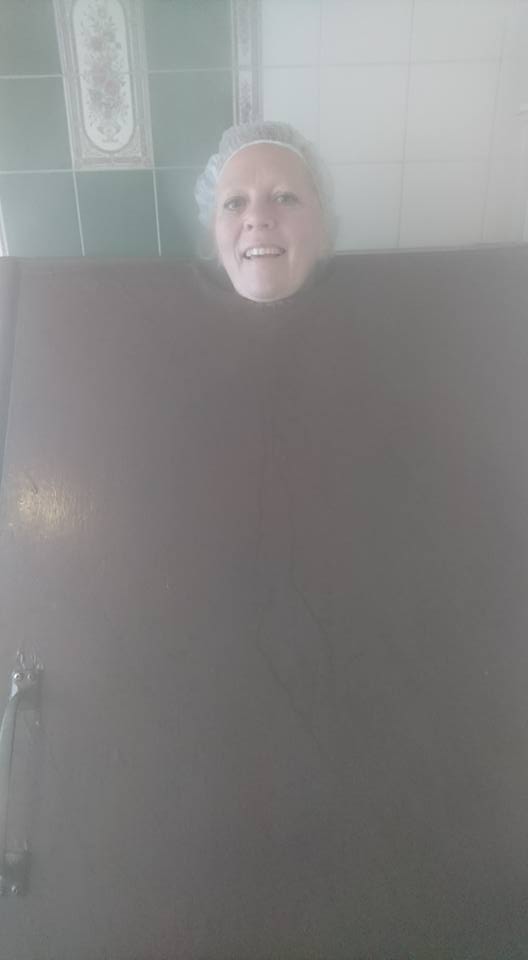 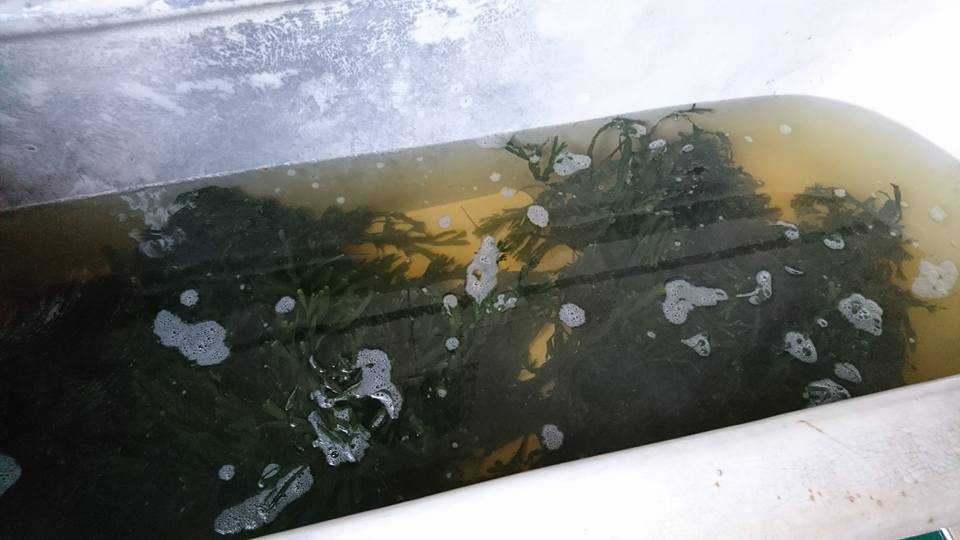 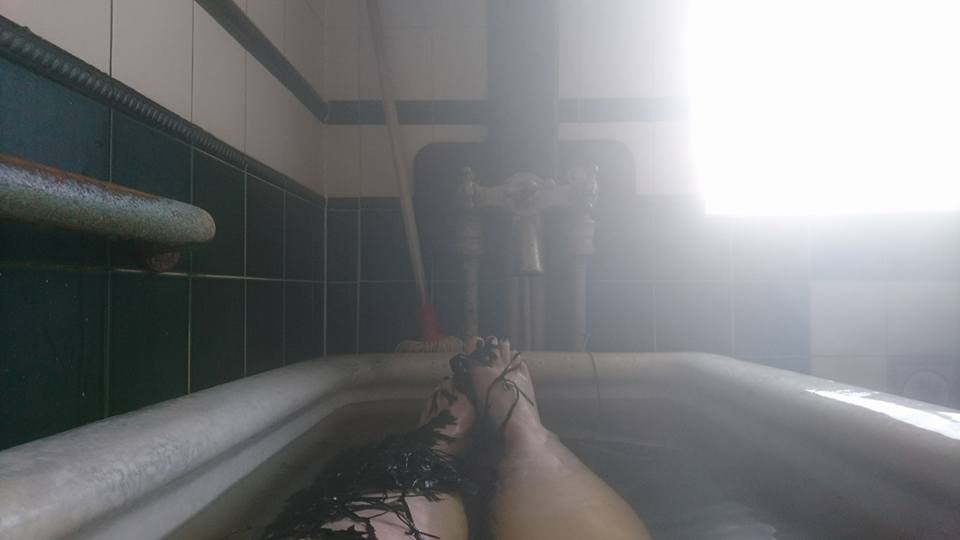 The baths, now in the fifth generation of the family who opened them in 1912 – the year the Titanic sailed from Ireland are housed in a gorgeous building right next to the stunning beach. A pumphouse brings seawater across to be stored on the roof of the building and it is piped in and heated to run the baths, filled with freshly harvested seaweed. The cold showers are simply released from the storage tanks on the roof. The baths, taps and shower fittings, steam boxes and tiling in the rooms is all original Victorian and over 100 years worth of people have relaxed in them. The seaweed and salt water is said to have health benefits for conditions including eczema, psoriasis, rheumatism and arthritis and is beautifully moisturising and relaxing. I’d never even heard of seaweed baths before we arrived here and found a leaflet advertising the bath house. It was a lovely, if slightly mad way to spend an hour or so!

We have been to the east and west coasts of Ireland now and plan to head down to the south and up to the north. We have various other places and experiences to tick off our lists while we’re here, along with more studying. Mostly though we are enjoying the wind and rain battering the house, particularly at night and feeling safe and secure instead of vulnerable and worried.