It’s been a beautiful few days with glorious sunshine, plenty of twinkly early morning frost, snow on the peaks and stunning blue skies. It’s cold but crisp and clear and that promise of spring just around the corner coupled with extra daylight minutes with every passing day means we’re galvanised into action here on the croft. 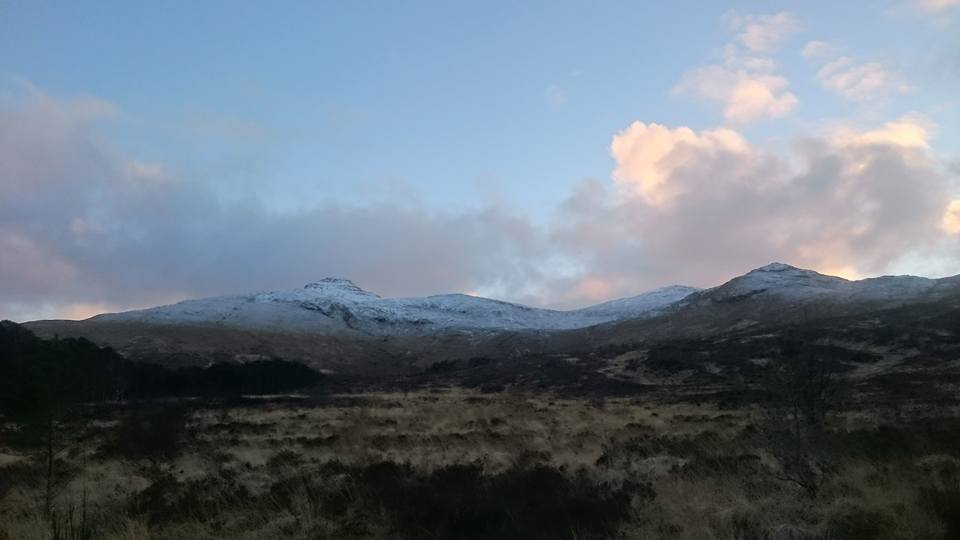 The birds have begun their change of the season habits already, cockerels are crowing, geese are getting feisty, turkeys are displaying, the two male guinea fowl are getting all stroppy with each other. Waddles the escapologist pig has been playing with Bonnie out and about on the croft and yesterday spent time with Scarlett splashing around near the river.

I harvested our pitiful last seasons crop of parsnips and carrots from the walled garden. A sum total of four stunted parsnips and three miniature carrots – there was at least a comedy carrot to make me smile, it looks like it’s off for a run! 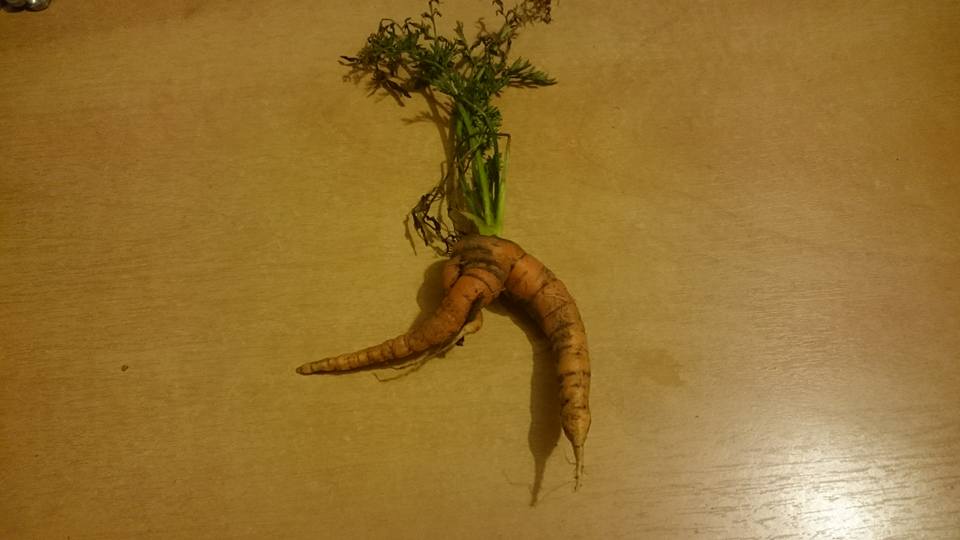 I planted out garlic and spent some time pondering drainage solutions for the walled garden area. Ady and I planted out about 75 artichoke tubers and have now been given another bagful. Part of our plans for moving the croft forward this year include growing more animal feed and after research artichokes seem a perfect crop for the pigs. We have put them in a poor corner of the croft which has plenty of sun but is rather wet. We’ll see how they get on. 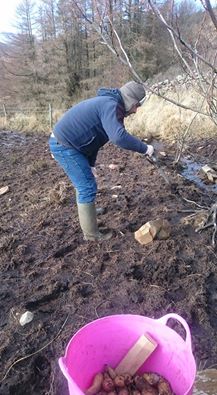 We have also been working on the shed shop – making signs to direct people to Croft 3 and putting up sign posts ready to unveil once we’re open and ready for business – we were planning on getting a local celebrity to open it with a pair of oversized scissors and a ribbon cutting ceremony! We have finally moved out the kids’ bikes which had been in residence in the shed over the winter and are now in their own bike shelter leaving space to put up shelves and other quirky display spaces and the signs I had done over winter. We are waiting for some postcard display shelves to arrive and we’ve been busy pricing and labelling various stock of candles, scarves and more ready to stock the shelves. 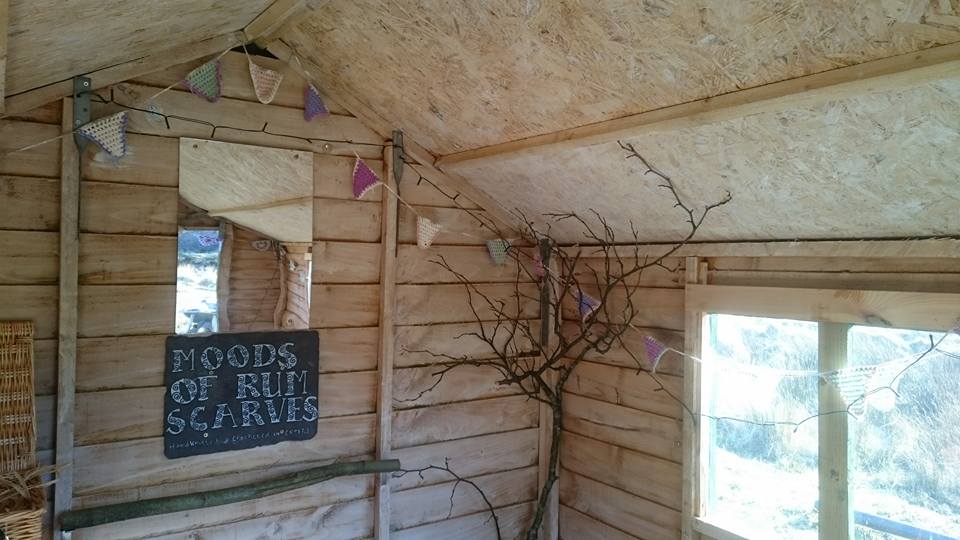 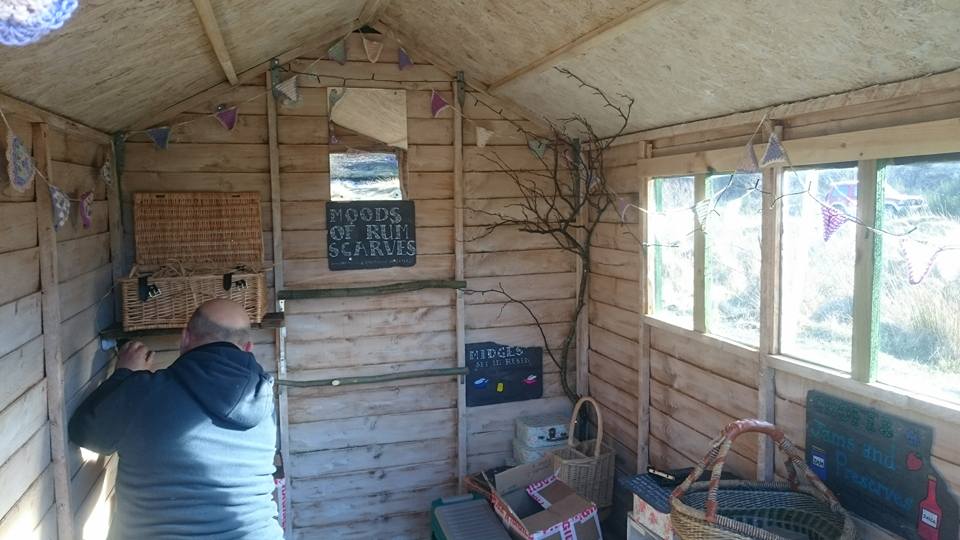 We’ve invested in a cordless jigsaw which has already proved invaluable for cutting twiddly bits of shelves and helping repurpose old twigs and branches into displays.

We’ve had lots of interest for our volunteer events this year and I’ve been busy replying to emails and sending out information. There is a definite promise of good things to come in the air.