A week ago today we were on the beach 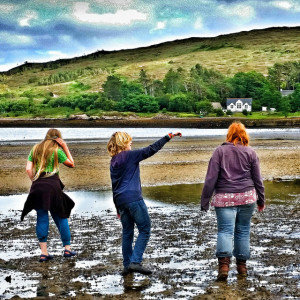 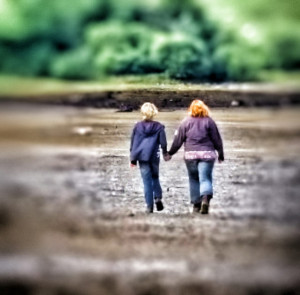 A week from today Davies will be 15. Life is so very fleeting and it is tough to strike the balance between breathing deeply and living in the moment while still racing to achieve everything we want to make happen while we’re here and breathing and able. A friend recently wrote a fantastic blog post about This Moment being present and aware of the right here, right now. It really moved me and I have been consciously ensuring I am aware of This Moment ever since. Sometimes taking a photo, sometimes capturing the sights, smells, sounds and committing them to memory, sometimes just making sure that This Moment does not get swept away in the never ending list of things which should get done but do not compare at all to the things which are important. Such as walking hand in hand with your boy along the beach before he stops wanting to walk hand in hand with you anywhere. Or dropping everything to dance in the kitchen because a song comes on the radio and it is these moments of crazy dancing and laughter which most remind you that you are alive.

So a week of the things that make the wheels turn- cooking dinners, collecting deliveries from the ferry, working shifts at various jobs. A week of some of the extraordinary things which you have to just grab with both hands when they happen – a visiting play at the hall, made all the more ‘Rum’ by a power cut just before the end, a sunny Monday afternoon trip to the beach for Bonnie to chase the waves and the gulls, the kids and I to walk along stamping on the sand and making razor clams spurt water up while we came up with as many songs as we could think of with the word ‘stop’ in the lyrics, a 24 dash to the mainland trip at great expense for our bi annual dentist check up, combined with fast food, supermarket shopping and bubble baths.

A week of chatting to yet more people who had seen the Ben Fogle show – varying from the young couple who appeared slightly star struck and told us that they had seen us on the telly and changed their travel plans to take in a day trip to Rum as a result to the mature couple we sat next to on the ferry home telling me about this show they had seen on TV about a family who moved to Rum having genuinely not recognised me.

A week of jam making, and selling. 8 jars made from the final stash of last years brambles in the freezer and a further 3 made from the first pick from this year with 5 sold already 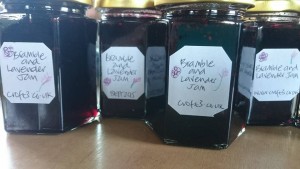 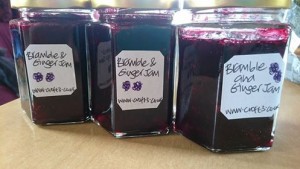 A week of noticing that Rum is already changing colour, no longer green but purple and browns. Autumn is in the air.