You may have noted a certain quiet here over the last few weeks. Despite not being remotely superstitious I am always very conscious of anniversaries and marking time passing (as regular readers will know. I think it’s a diarists way and what is blogging if not keeping a modern diary?!) and the upcoming anniversary of Ady’s helicopter adventure felt rather like it was hanging over us. Not least because it felt slightly as though we had almost summoned it in posting our hopes for the year ahead including flying over the croft for Ady and having a big adventure from me. Careful what you wish for as the saying goes…

So while it makes no actual difference what the date on the calendar might read I confess to breathing a sigh of relief and removing my own self-censoring once we safely arrived in 2017.

We saw the old year out and the new year in with a few drinks down in the village with Rum friends and a few of the traditions we are part of now on our little island before heading back up to the croft, under the most spectacularly starry starry sky for a late dinner (no later than a takeaway we reasoned), watching the London fireworks live on the computer (close friends who we have seen many a new year in with, including once here on Rum were there in person so we felt very connected) and then spilling outside onto the sporran to let off our own firework which we had had stashed away for over a year having bought it with the intention of letting it off on New Years Eve last year.

Below is our post summing up 2016 and noting our hopes and plans for the year ahead. 2017 will mark our fifth anniversary here on Rum. So much longer than we ever planned to calling a static caravan our home. The year in which Davies and Scarlett turn 17 and 15. Horizons are broadening, priorities are shifting and as we all know the secrets of tomorrow are yet to be learned, we can speculate but no one truly knows what lies ahead.

We ended 2016 in a far happier way than we began it. All four of us, together, healthy and none of us wearing compression stockings! 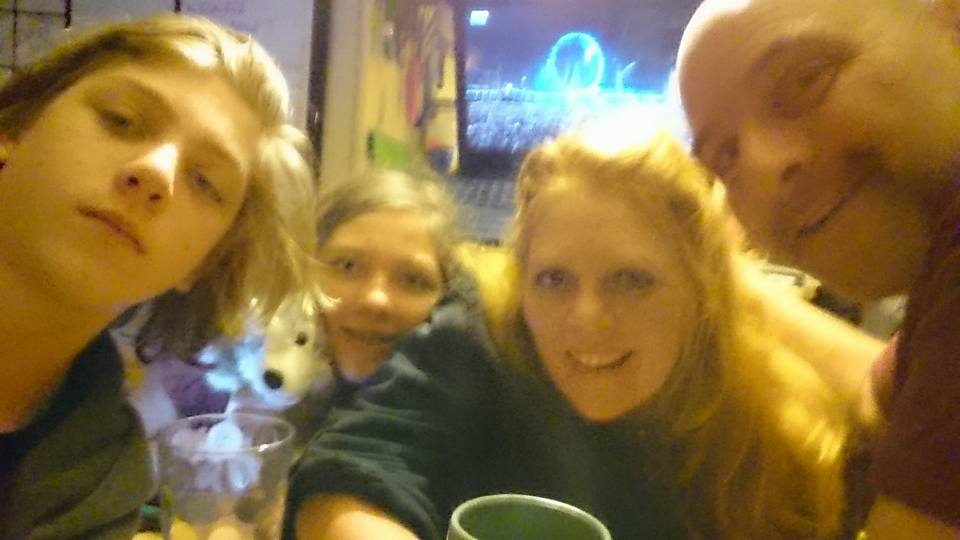