It’s a long time since I had a proper career type job title, certainly one with ‘Manager’ in it which is something which used to matter to me. It was once my ambition to have a BMW by the time I was 30, even better if it had been a company car. I did have a BMW for my 30th birthday, but it was a dinky toy, silver convertible. By then I had two children and very different priorities.

It’s just over a year until I am 40. I’m not even going to start trying to formulate a list of where I’d like to be and what I want to be doing then, let alone begin coveting material possessions. I know now that even if we do have a job title for 40 hours of our week that is not what defines us or makes us who we are. In the last 24 hours I have collected firewood, baked bread, cooked two dinners, made cookies for the Christmas party, parented, dried tears, given cuddles, been a daughter (by phone), a wife, a mother, a friend. I’ve mopped a floor, mulled some wine, fed the animals, sent off some venison and replied to emails regarding sales of venison, done a bit of fencing work. Oh and I accepted a job to work at the primary school here on Rum as the clerical assistant. Enough boxes don’t exist to tick the many things that make me who I am these days. 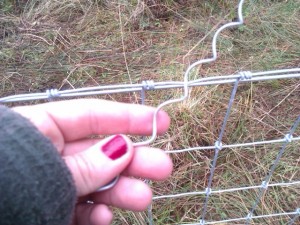 But I still have pretty nails.