The early part of the week continued with that special low hanging in a bright blue sky that only a winter sun brings, along with the promise of spring in the air and a magical kind of light. We’ve had our share of gloomy skies and rain too just for balance.

We managed to get the artichokes in – I think I had 50 in total and we planted them two or three to a pot. They were very cheap black pots I bought from a supermarket on a mainland trip a couple of years ago and have never really used because they had no drainage holes. So I sat in the sunshine with a drill for an hour on Sunday and drilled holes in the bottom of them all, carried them over to a patch of ground that the pigs had previously been on so was bare ground, beautifully broken up with manure trodden in. Scarlett and I filled the pots with some of the soil and have left them in a sunny, sheltered spot. Hopefully the fact they are black pots, in the sunshine, sheltered from the worst of the wind should mean the soil inside them warms up more than the earth and the artichokes start to grow. Once they have broken the surface soil of the pots I will transplant them into the ground and fence the area off to stop any deer or our birds or sheep nibbling.

We caught the three sheep at feeding time one afternoon, sprayed a number on each and treated them all for fluke and ticks as if the ticks the cat and dog are starting to show are any indication the weather has warmed up enough for the sheep to start suffering too. We took the opportunity to check their teeth and feet and general health while we had them penned and they are all doing well.

My ukulele-ing continues. I still have ever such a lot to learn but now at least feel that even if I took months off I would be able to pick one up and remember stuff again. My fingers are far from knowing where to head next to find a note but I can feel that it is starting to get there. I could sit and pick out a tune on a piano, it would be lovely to get to that stage with the ukulele. I have gotten way better at changing between chords and learned a few songs so my next challenge is learning some strumming patterns.

The highlight of the week though was on Tuesday – not St Valentines day, but just as filled with love we had our first visitors of the year as friends came for a couple of hours between boats. We didn’t have time to walk to the croft and back so instead walked along to the otter hide which is close to the pier where the ferry comes and goes but takes us through some woodland, past some blackhouse remains and looks out over the bay and into the open sea. It was a beautiful sunny day and while we sat chatting, drinking a glass of prosecco and enjoying the view we were treated to a heron, some oystercatchers, several seals and a porpoise. Just magical. 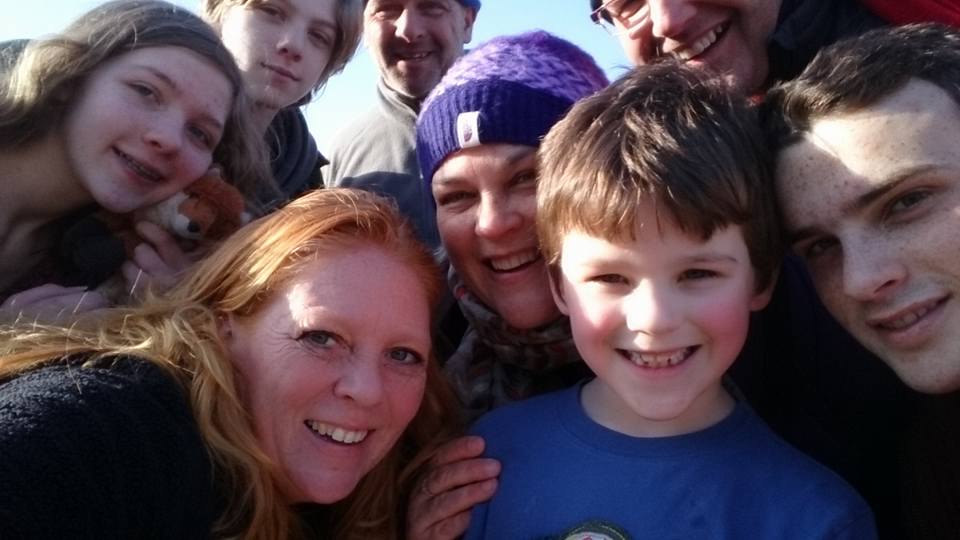 Even more magical though was the night before when parked up in Mallaig overlooking Rum and Eigg at sunset my friend sent me a message to say she could see a pinprick light over on Rum. We assumed it was one of the houses around the bay but when we flicked our light on and off in the caravan it turned out it was us she could see! She took a video clip and shared it online with other friends too, uniting a whole group of women who I have been friends with for over 10 years, scattered all over the world (one is in New Zealand!) all able to see our tiny light flicking on and off live. It was very special. 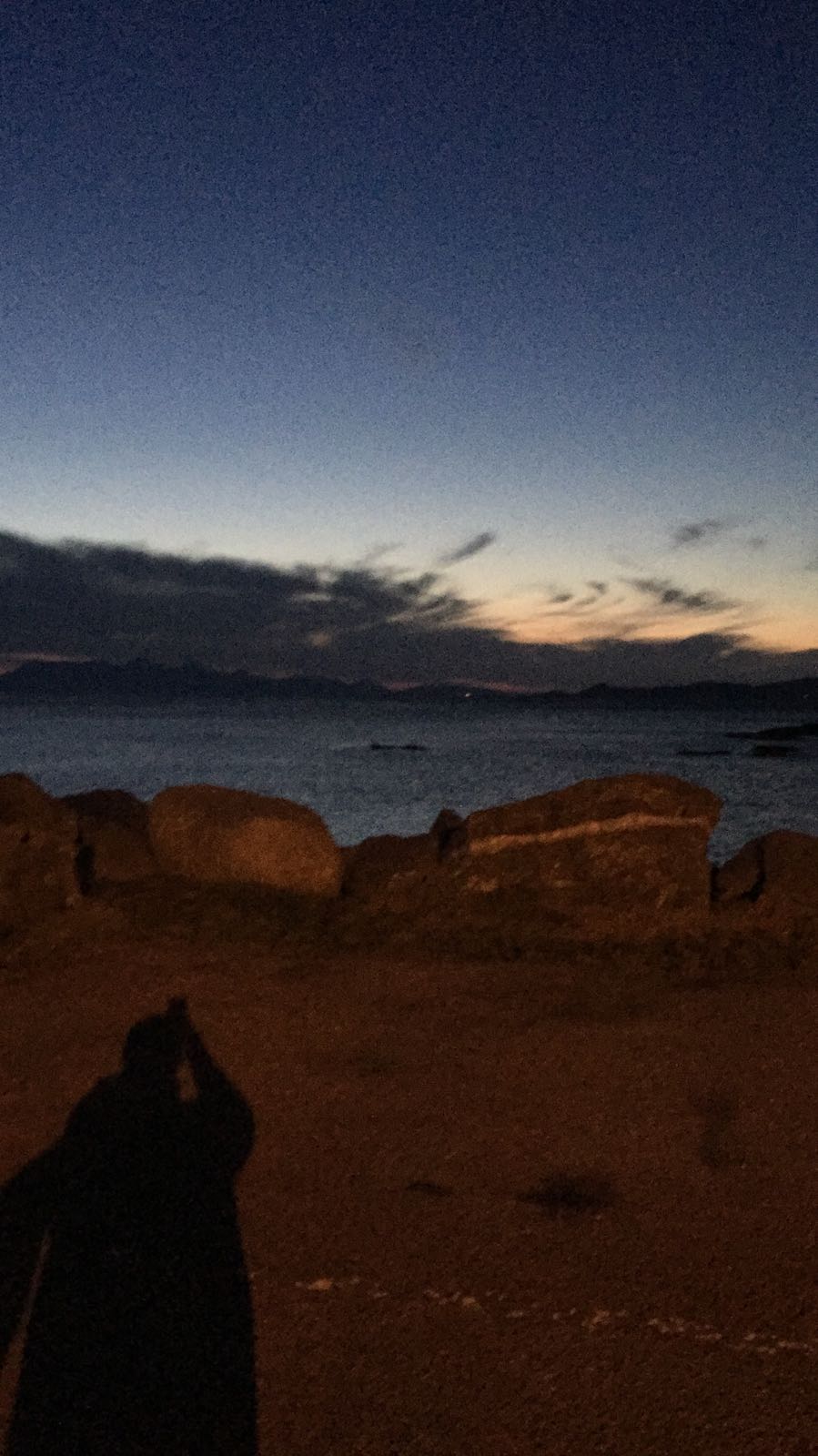 One thought on “First visitors of the year”