January, February and March have already passed, the year is both flying by and already one of our most eventful ever all at once. We certainly seem to have had our share of challenges and tricky times so far this year with at least one drama a month. Meanwhile though life carries on with daily reminders of how fortunate we are and the promise of new adventures ahead.

The polytunnel is springing in to life – strawberries under plastic at the front are spreading like crazy, bright green and healthy looking, several trays of seedlings have already germinated and the garlic I planted out in the raised beds outside is already poking through the soil. The rhubarb I had given up on last year has all come back and I really, really must get the asparagus crowns planted out this week. There are buds and shoots on most of the soft fruit bushes and orchard trees in the fruit cage. 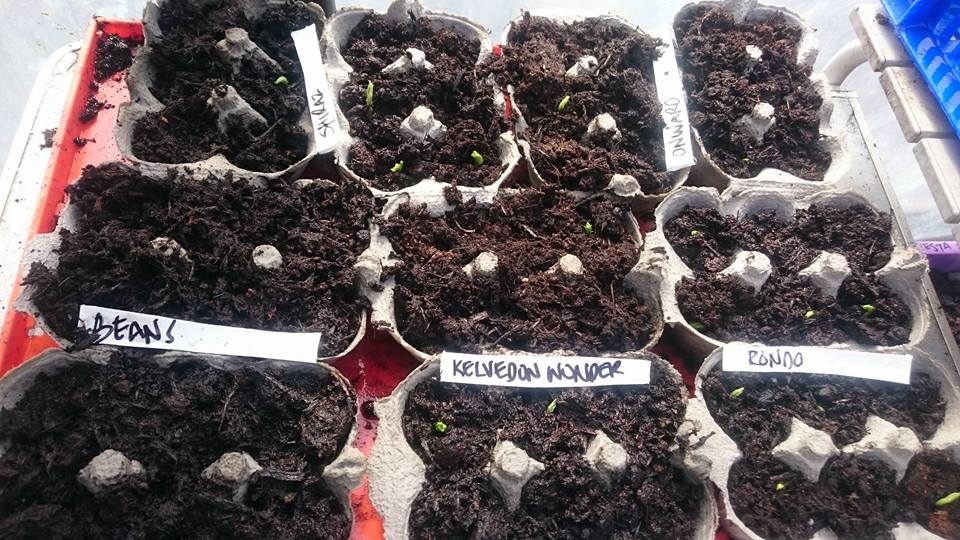 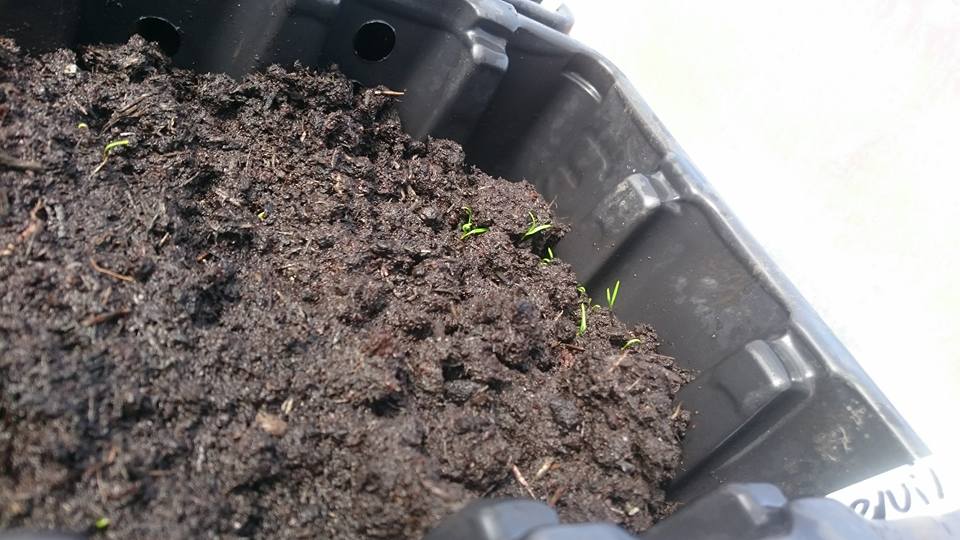 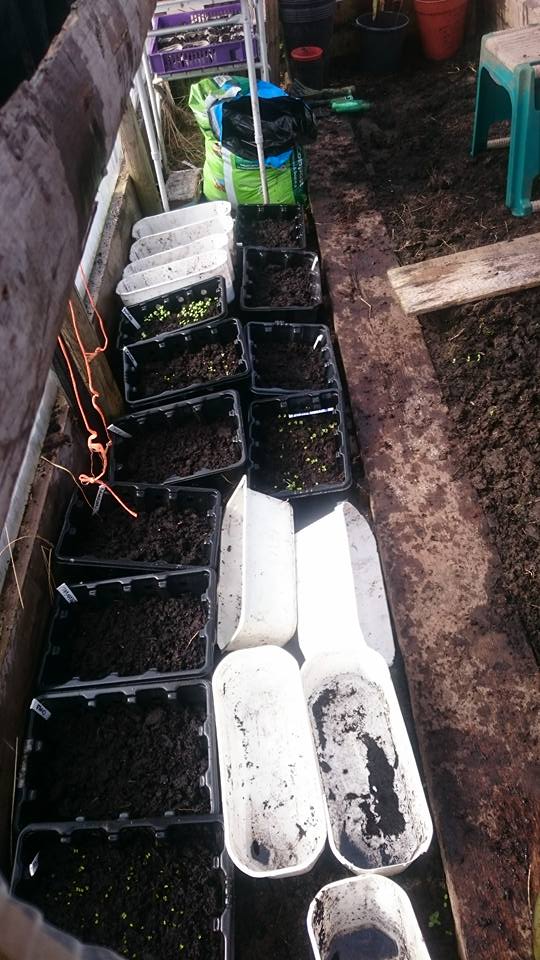 The weather has kept us indoors a fair bit so I have been busy with my crochet hook – I have been making more Moods of Rum scarves to sell in the shed – I now have four different designs in a full rainbow of different colours and plenty of yarn to get hooking with more. I did a stocktake today, thanks to my Mum for bringing up another sackful of balls when my parents visited this last week I have five big bags full all sorted into colours and packed into vacuum bags awaiting my attention.

I also finished my February and March blanket – I made one in January while Ady was in hospital and it inspired me to make something bigger and more ‘me’. One big bag of wool later and hours of making up random patterns and colour mixes I have created something bigger than a kingsize bedspread filled with colours, patterns, shapes and sizes. 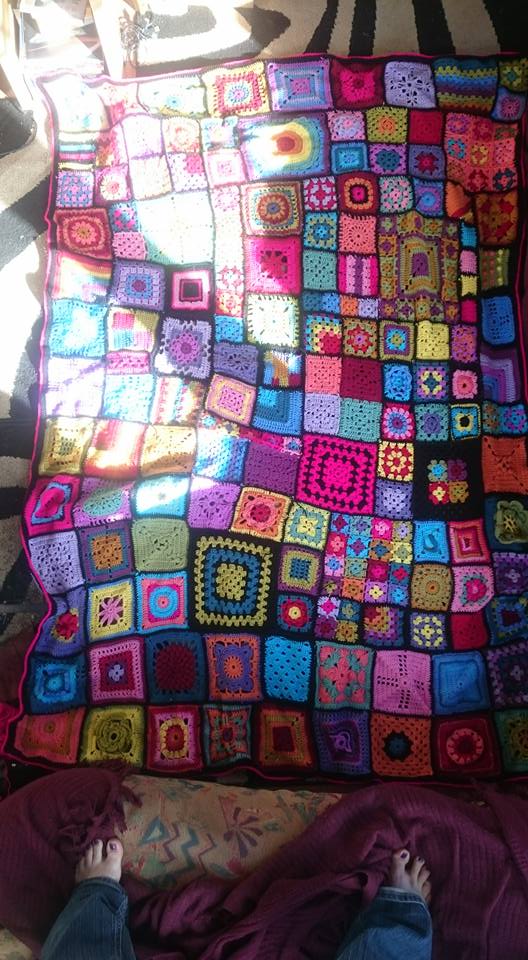 The photo doesn’t really do it justice, I love it, have learned loads about different stitches, the maths sides of crochet patterns ad different textures.

I found some of last years midges set in resin so have been making more keyrings for the shop – only a few weeks until the 2016 midge population is upon us.

The shed has already been doing well with the first real trickle of summer season visitors, a steady trade in jam, eggs, postcards and candles is making for a promising looking first year. I have had several orders for freshly baked bread and pies too.

And visitors! My parents first visit of 2016 – blighted by bad weather and possible cancelled ferries it looked as though they may not get here and then they had to leave earlier than planned in advance of yet more bad weather forecast for this weekend but it was fantastic to see them for real life hugs, chats and catching up – phonecalls over hundreds of miles simply don’t ever take the place of being together in person. 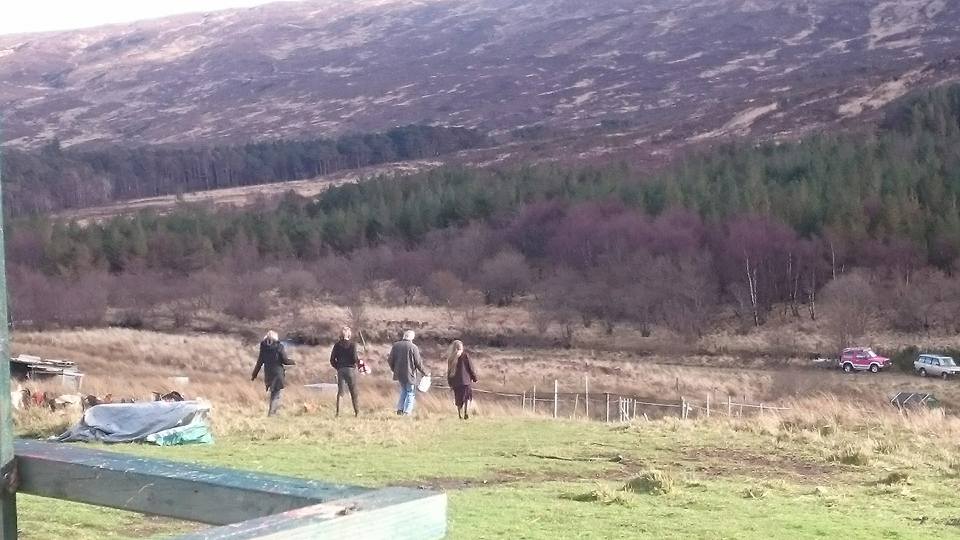 More friends arrive next week, another a week or so after that and I had a surprise email this week from an old friend who is hoping to visit later in the year.

The brighter, longer days are definitely on their way.

One thought on “First Quarter”