A really sad day for us today. After a brief illness Tom Pig died last night.

Tom was a wonderful, lovely pig. He came to us, with Barbara just a few weeks after we arrived on Rum. The woman who we got them from brought them across in the back of her car on the ferry and led them with the food bucket a further half a mile along the track, over the bridge across the river and onto Croft 3. 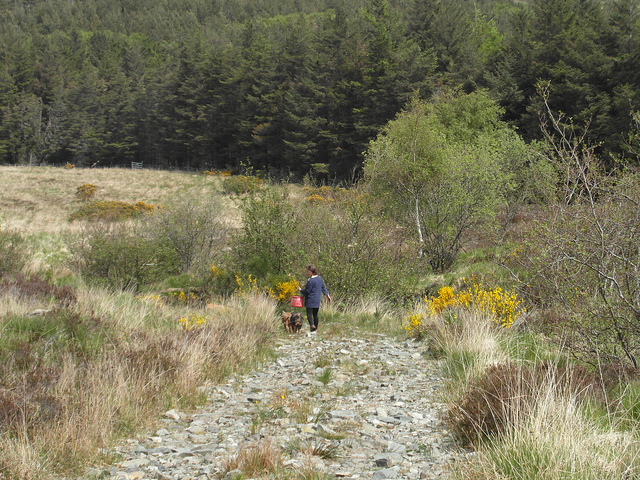 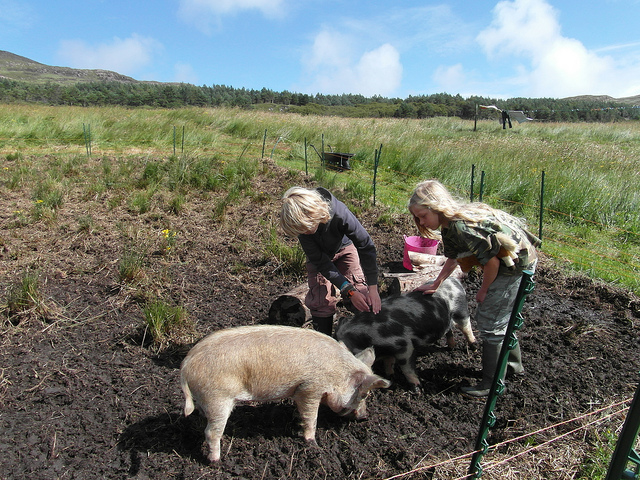 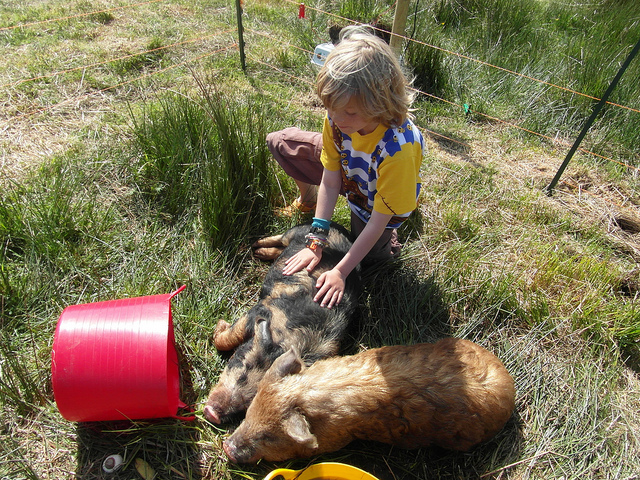 Tom was the nicest natured pig I’ve ever met, calm, placid, affectionate and friendly. He was a great mate for Barbara and he fathered three litters of piglets. I don’t generally anthropomorphise the Croft 3 creatures but Tom and Barbara were a perfect couple, she is a bit on the grumpy, feisty side and he was the docile one. Tom was a great dad, always really patient with the piglets and tolerant of them nicking his food and running around his legs. He seemed to particularly bond with the boy piglets and when Barbara was due to birth each time we separated them and they would meet over the dividing fence and sit close to each other. 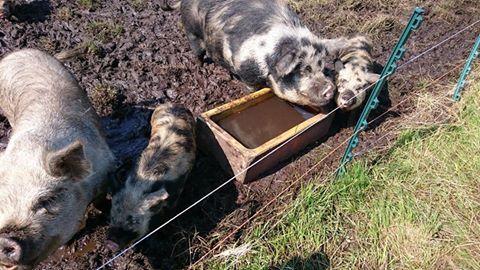 Tom was always pleased to see people, even when they were not bearing edible gifts – he loved a good scratch behind the ears and had a particular spot on his tummy which would have him rolling over like a puppy if you rubbed it. Visitors and islanders enjoyed seeing him on the croft, he’s been written about, mentioned on radio and of course was featured on telly! 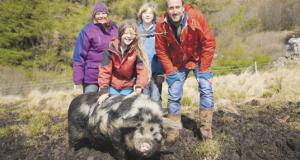 He was only 5, and pigs can live for 10-15 years so he was a young man still really. We had hoped for many more years with him but it was not to be. He is now buried on the croft and we will mark his grave to honour one of the iconic creatures of Croft 3 and part of our adventure and lifestyle.

One thought on “A tribute to Tom”