In classic almost back to school style we have been super productive when we have a deadline looming. We are off for a holiday next week. When we moved here it was with an idea that the perfect life is one you don’t need a holiday from and I still firmly believe that.

However… it’s been a long season. A chaotic start to our year, a busy season with loads of sales in the shed shop, lots and lots of new livestock – bought in and bred here, some really hectic volunteer events, a lot of visitors, plenty of community events, lots of writing work, the launch of the bell tent camping… the list goes on. And we’re ready for a break. One of those simply stopping because actually there is nothing you should / could / can be getting on with. No firewood to chop or stack, no weeding, no animals to feed, no windows to clean. That sort of break. And despite loving our lives here very very much it will also be incredibly luxurious to have a washing machine and a fridge and a freezer inside the same building as we are in rather than a mile walk away. And a bath… and electricity and wifi all the time. In the old days we used to go camping three or four times a year and delight in *not* having all those things on tap, now we are looking forward to a few days with them!

Anyway, more on that when it is actually happening – there are ferries and travelling and croft sitters and all sorts of carefully planned but inevitably precarious until they are actually happening logistics before we can full breath a sigh of relief and be doing that.

For now, it’s been a busy week. The Escaping Sheep who were finding themselves outside of their pen about twice a day, playing chase the sheep with us around the outside of the pen for half an hour or so before taking pity on us and sauntering back in to their pen again have been tamed. I am not going to claim we have fixed their ability to escape because that would be foolishly tempting fate. I am however going to proudly announce that they have remained in their pen since Sunday when we did some work to it. 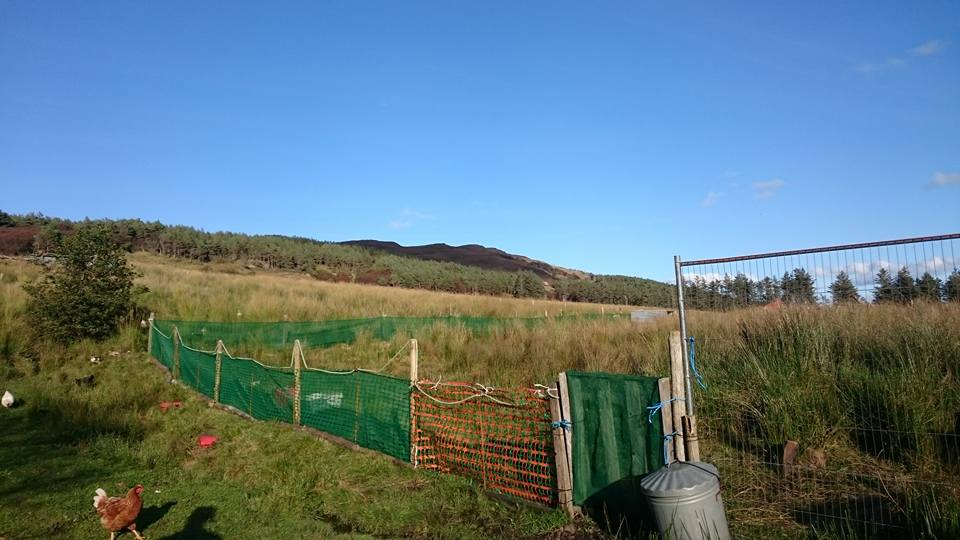 We have moved Barbara, Waddles and BenFogle the three girl pigs onto a new patch of grassy ground. They are nearer to the caravan for our croft sitter, have plenty of forage to keep them busy and a new house cunningly constructed from an IBC. The move itself was very smooth, we have moved pigs enough times now to have it down to quite an art. The gathering up of the posts and the rolling up of the electric fence was made slightly tougher by the very deep mud though… 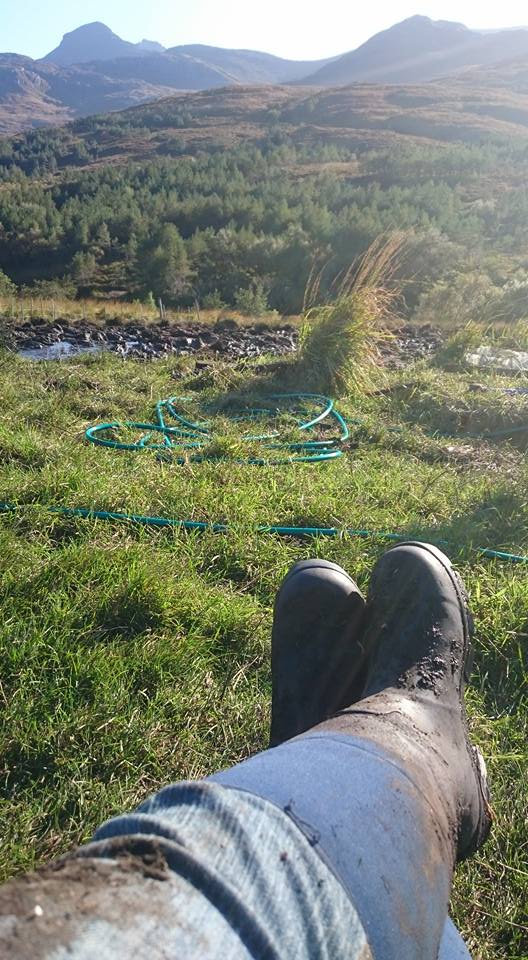 Ady has been raking up all the grass and reeds he cut with a machine we have been borrowing. There are now multiple stacks of it scattered around the croft looking slightly menacing. Some are destined for mulch on the raised beds, some are destined for drying out to be animal bedding over the winter.

I have been weeding – five beds down, thirteen to go! The ones I have weeded have been covered with a layer of the chopped grass and rushes. There is a slight risk that there is grass seed in this cut stuff which may grow in the raised beds. I will aim to negate this risk by further mulching with seaweed and with other matter but the reality is that grass is a lot easier to weed out than some of the other weeds on the croft anyway and doesn’t do any real harm to the soil either. 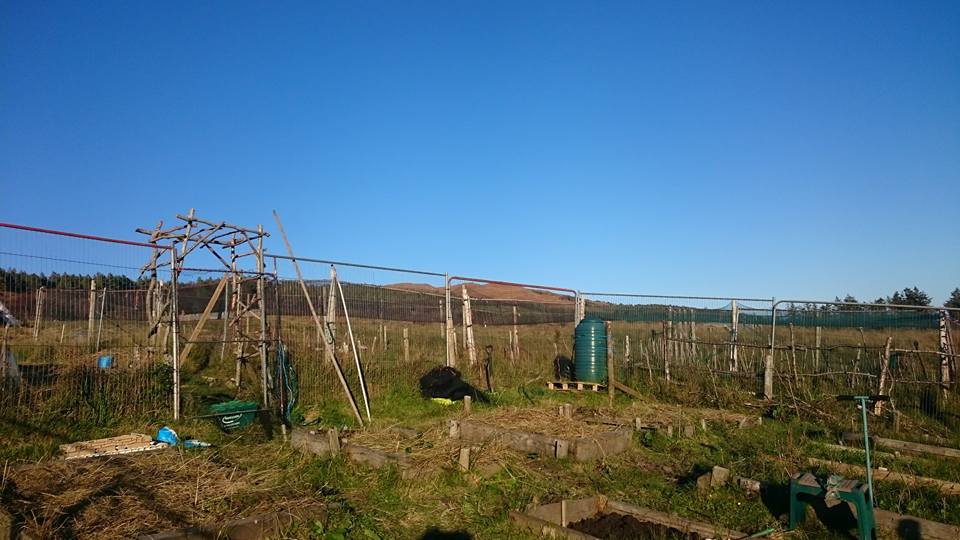 It’s been beautifully sunny and warm – short sleeves weather with the added bonus of midges already one so all of these tasks outside have been a joy rather than an endurance test. Hurrah for autumn!