I have previously found November a pretty tricky month here on Rum. Winter is all still ahead, days are short, the windows are dripping…

But this year it’s been cold, crisp, dry and still. We’ve had days and days of no rain and no wind.

Ady has been working in the mornings down in the village, leaving me with plenty of time to stay in the cosy warm drinking tea and working on various crochet and crafty projects. Some I can share photos of, others are gifts so I cannot.

I can show the start of my latest long term project though. I made two blankets earlier this year – one was made mostly in hospital and hotel rooms while Ady was having his gall bladder adventures, the other was a winter project just for the fun of it. Blankets are great projects to make because they are useful once they are made and the idea of something that allows me to mess about and not follow patterns too much is very appealing. A couple of my friends have made crochet blankets for their children – infact two of my friends are right now working on blankets for daughters which inspired me to make a blanket each for Davies and Scarlett. I like the idea of making them something they can use now, take away and use forever. I like the idea that they will always have something made by me, for them, with love, that also keeps them warm.

Obviously I was never going to just find a pattern for a blanket and make that though and I thought that if I was making a sort of leaving childhood type gift for them to take into the world then maybe it should represent their childhoods and be made of a whole load of squares that all had individual meanings, sewn together to show their whole lives so far.

So Scarlett’s will have lots of squares with animals in, along with various other passions, interests, places she has been etc. Davies’ will have lots of characters and logos from the various films, TV shows and music he loves. I’ll be making them up as I go along… we’ll see how big they grow and how random and mixed up they become. They will both be different, unique, fun, imperfect, filled with memories and greater than the sum of their parts. 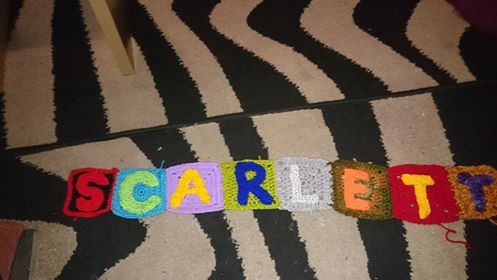 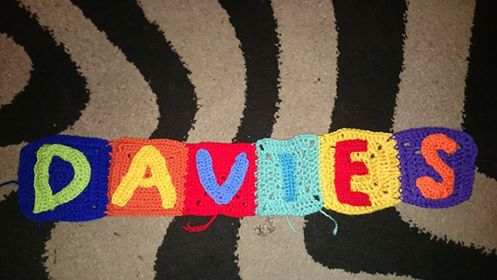 I’ve made a start with their names. So far I have made a chick and a cat square for Scarlett’s. I’ll add more photos as I go.

In other news we’ve got more trees planted in the sunny afternoons this week before the sun dips behind the hills. We’ve done double rows of the two willows which will grow to screen off a section of the croft where people can camp. Tree planting is a bit like bramble picking – repetitive work leaving you lots of time to chat or think as you go. Dig the hole, plant the sapling, add a stake, tread it in, cover with a tree guard. It’s funny to think that one day these tiny trees will stand taller than us.

Ady took some photos from above the croft looking down. We don’t often look down on the croft, we are usually looking up at it and it gives such a different perspective. I love the panoramic shot as I can really see all the different sections on the land that we are doing different things with. 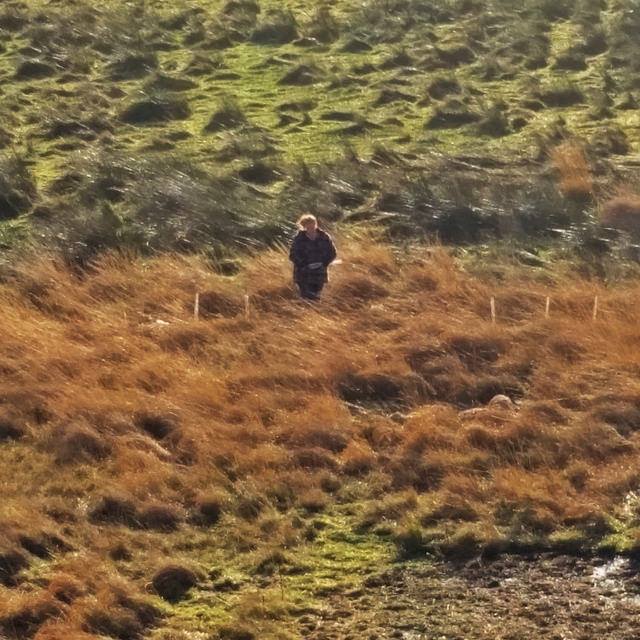