A not quite lockdown but certainly not back to normal world birthday for Davies this year as he turned 20.

Certainly the very best present was having Megan here to share his birthday with him this year. As always birthdays mean you get to choose the food and plans for the day. Davies is far from an early riser which meant Ady and I still had time to listen to Popmaster and go for a swim (just me swimming! Ady is beach patrol base camp!) and get pizza dough proving before he was up for the day.

Breakfast / lunch was ‘Birthday Pizza’ (we prefixed everything with ‘birthday’ for the whole day and also stuck candles in his pizza). 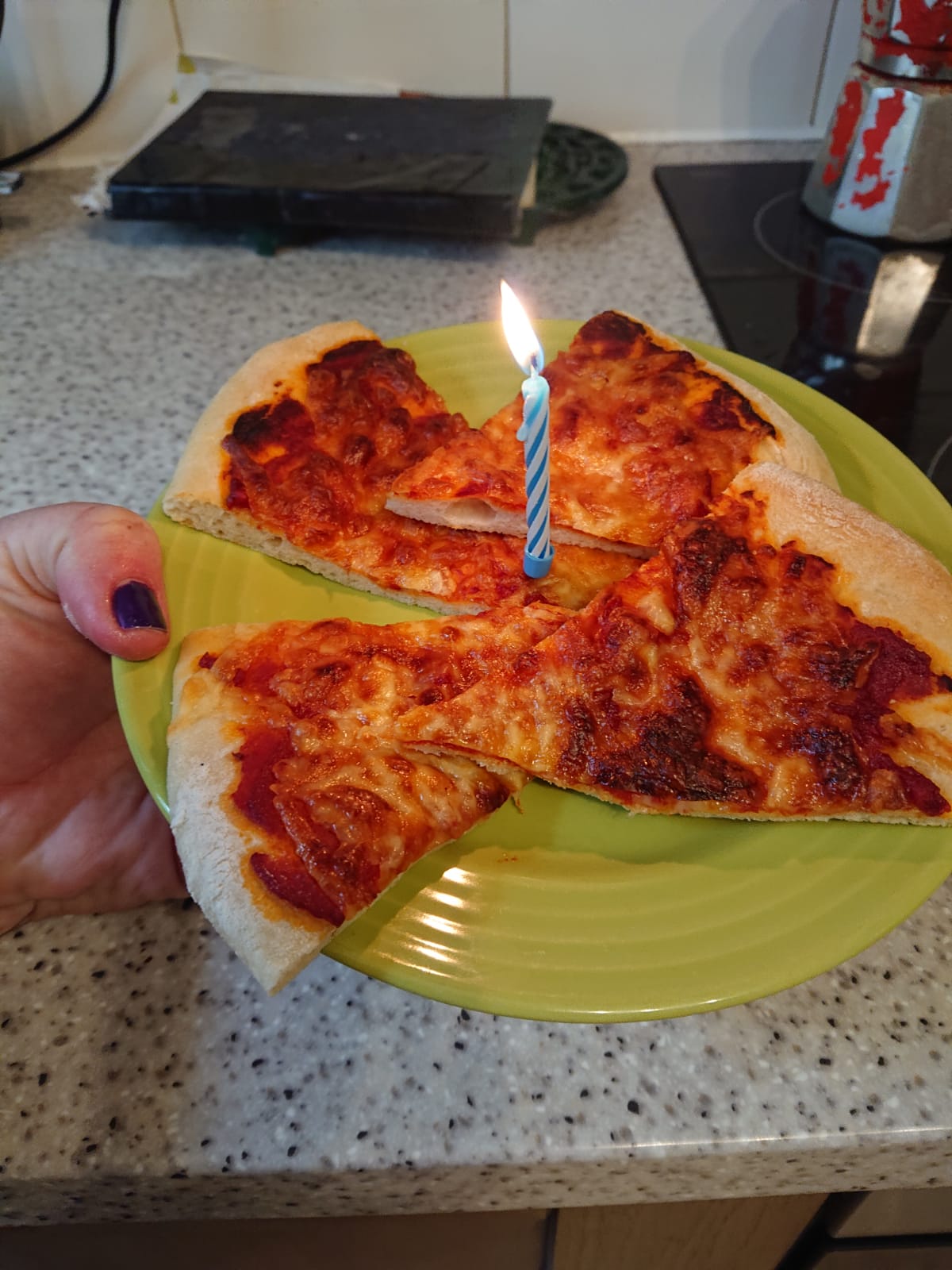 He then opened his gifts. When I’d been hassling him as to what he wanted for his birthday he had been agonising and eventually confessed that he felt that being 20 he should probably be asking for something sensible as a gift but that actually all he really wanted was a couple of video games.

I’m unsure as to how any child of mine, raised in such an unconventional manner could ever assume they should be sensible at any time, let alone at birthdays. So I assured him there was no expectation at all, I was 46 on my last birthday and still felt no reason to be asking for sensible gifts and have no intention of doing so if I live to be 100. So video games it was. Along with a large stash of his favourite sweets and a to follow gift which arrived slightly late of a pair of socks with pictures of Davies’ head (from a picture when he was about 7) all over them. Sensible schmensible! 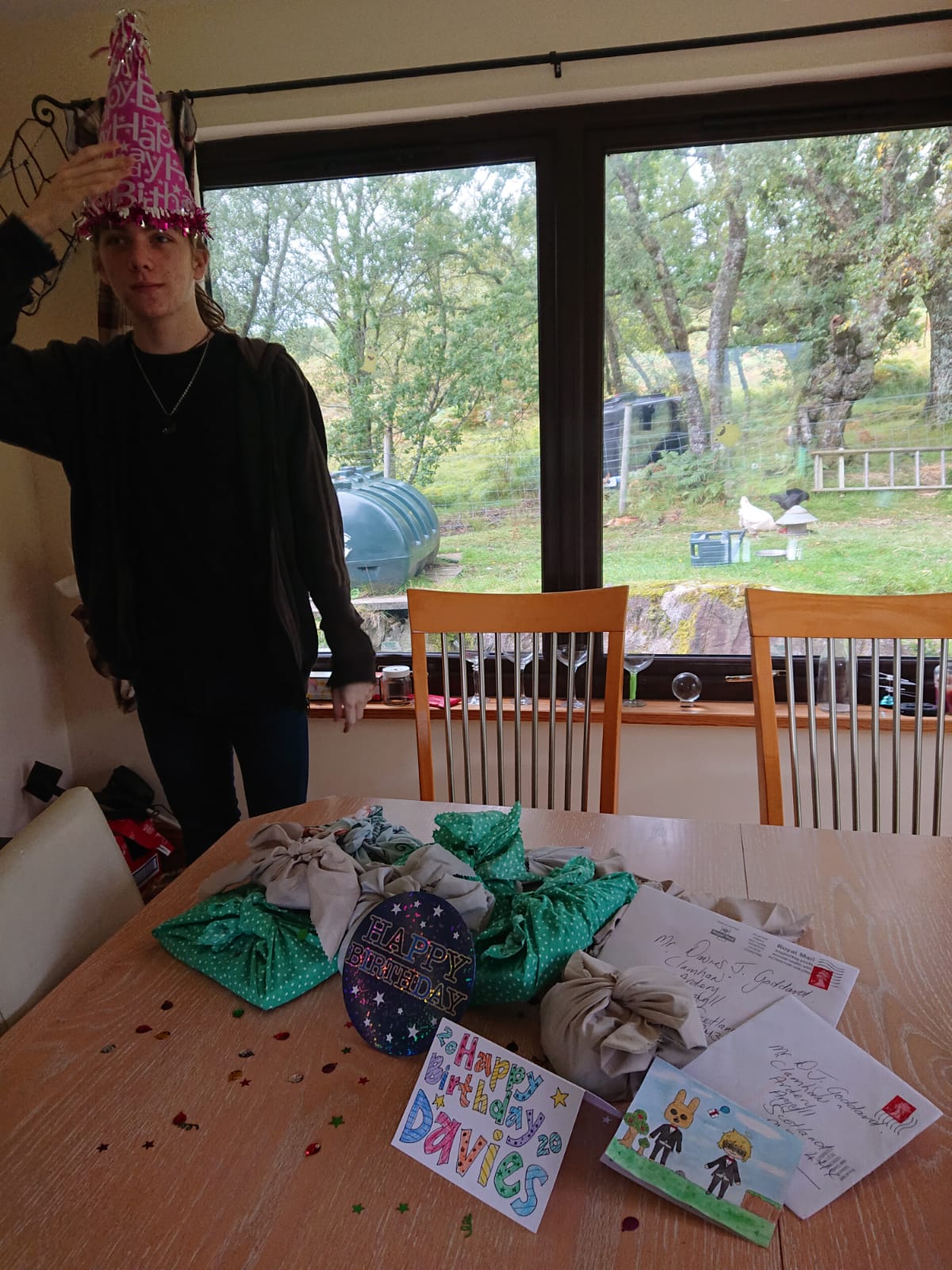 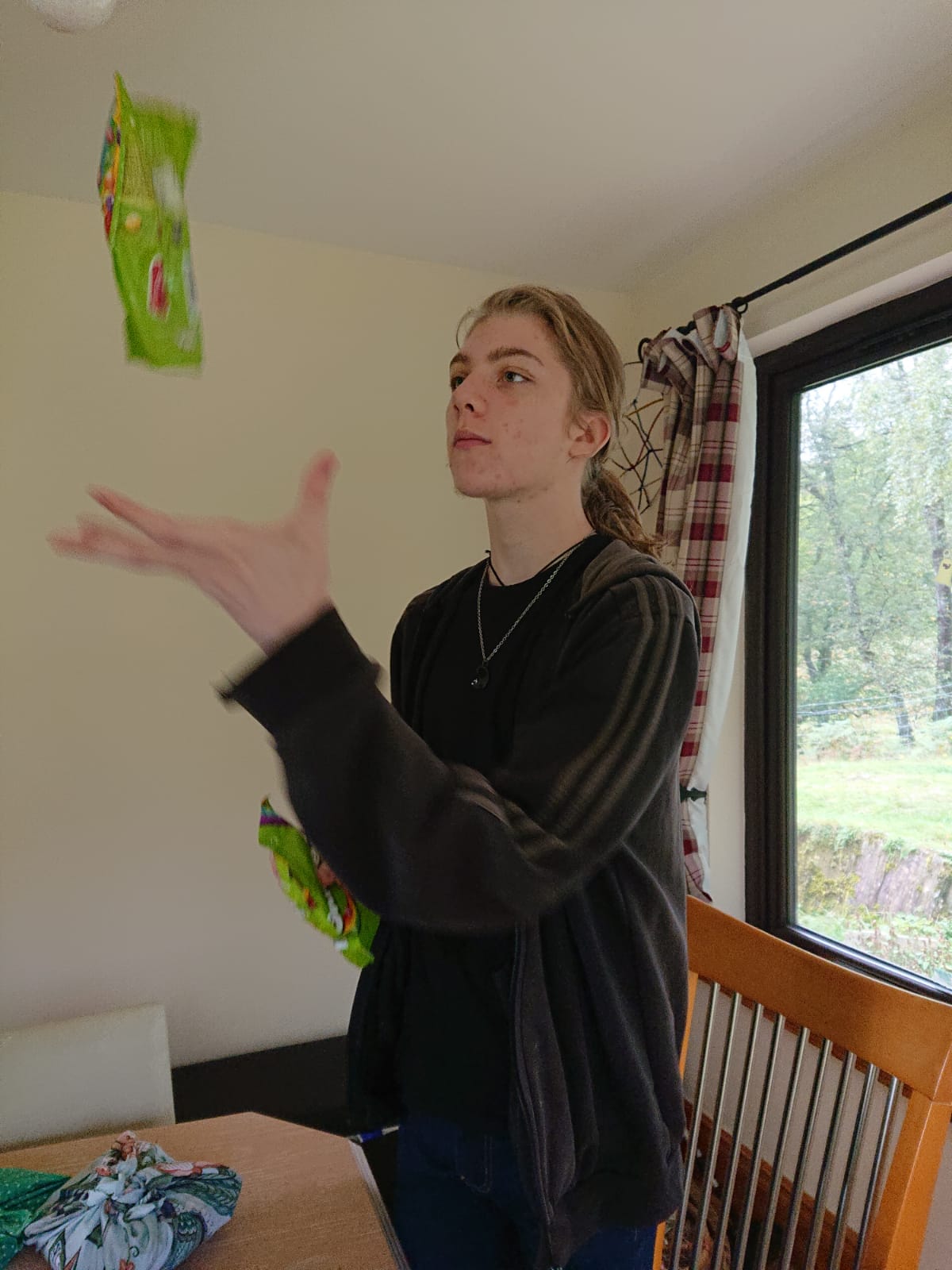 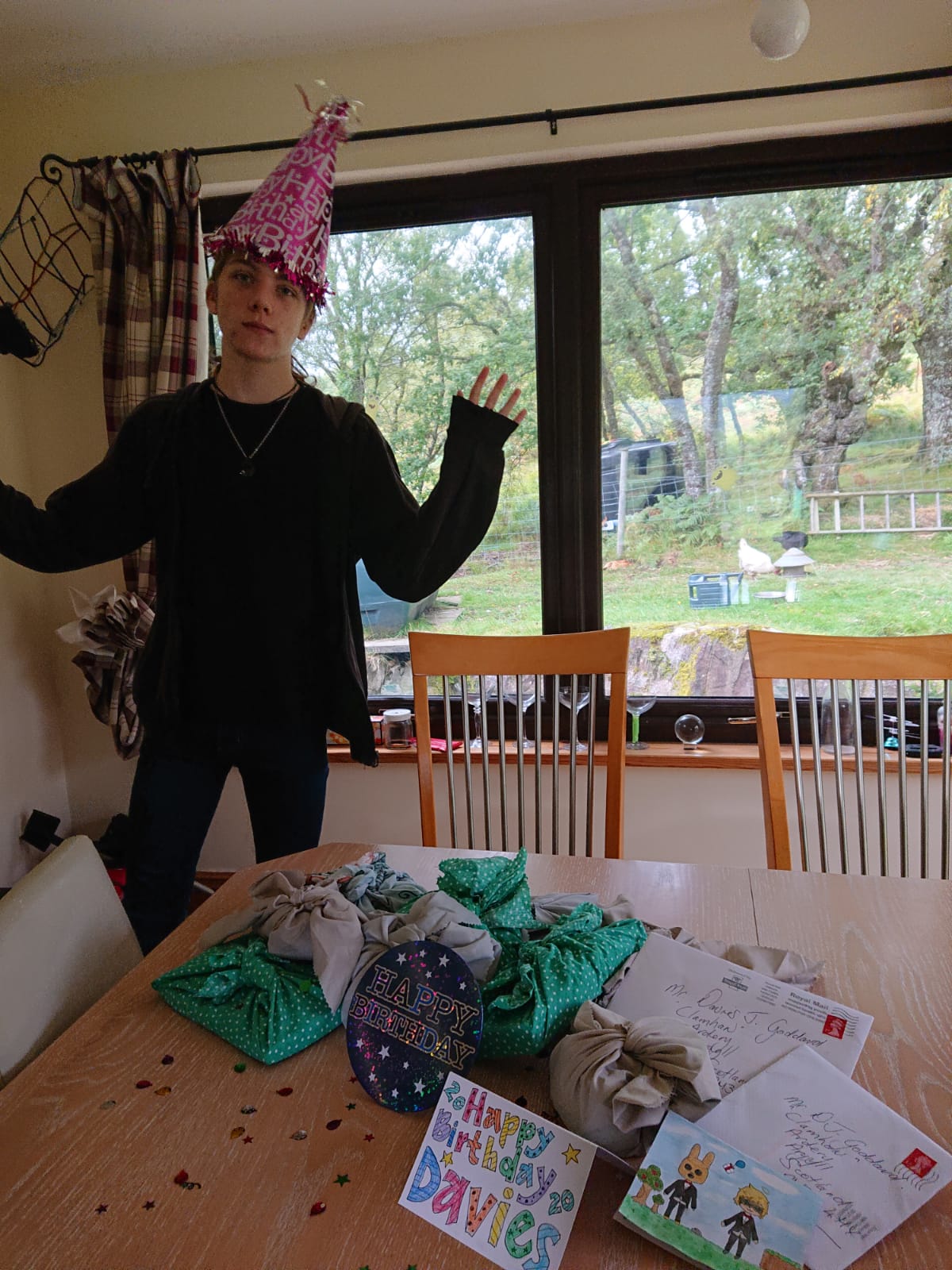 After Birthday pizza Davies decided a Birthday walk was in order so we headed out to a nearby woodland walk which we enjoy. We missed the bluebells season this year there which was a huge shame but it was during full on lockdown so it was lovely to be there for the start of autumn and see the start of the changing colours and falling leaves as well as the fungus. 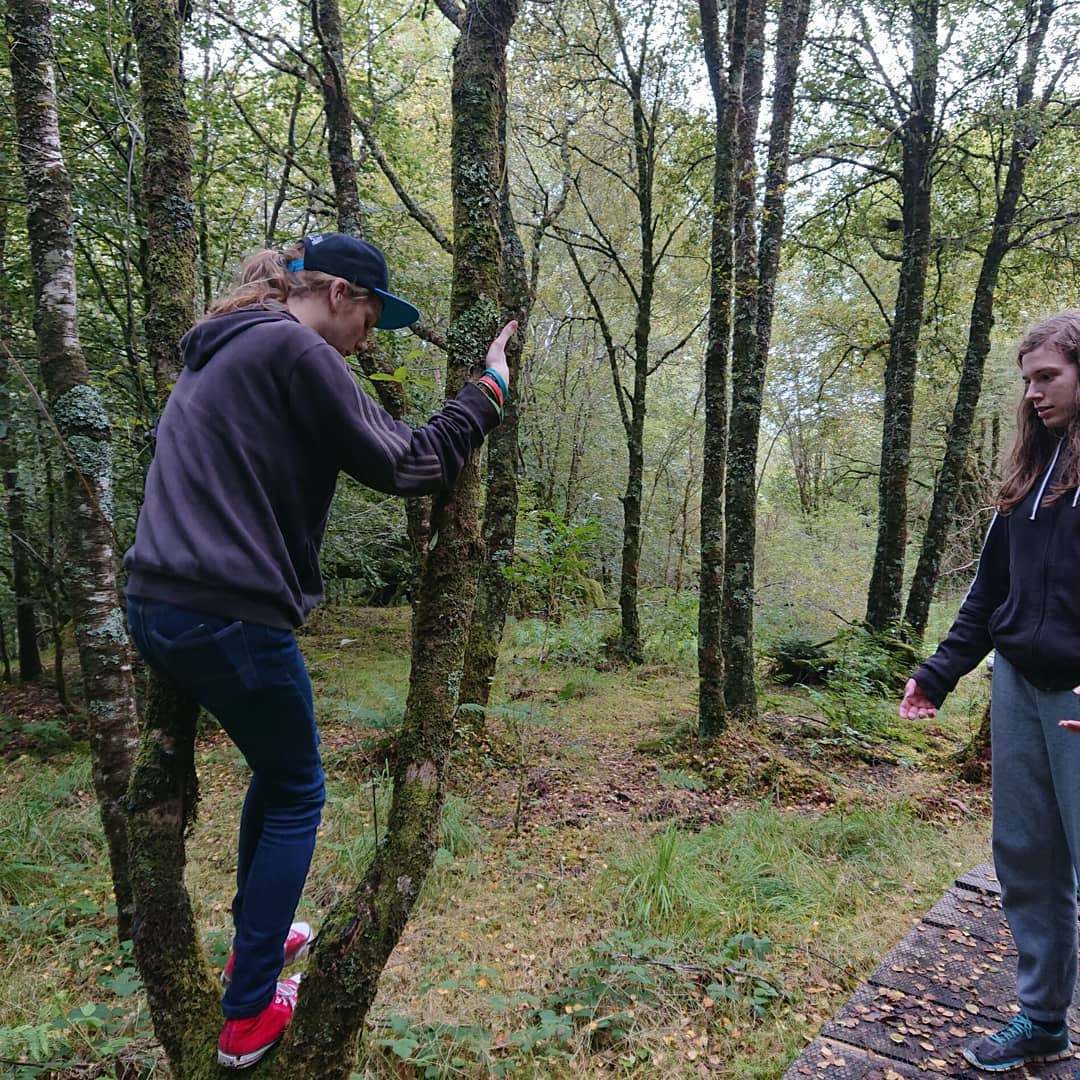 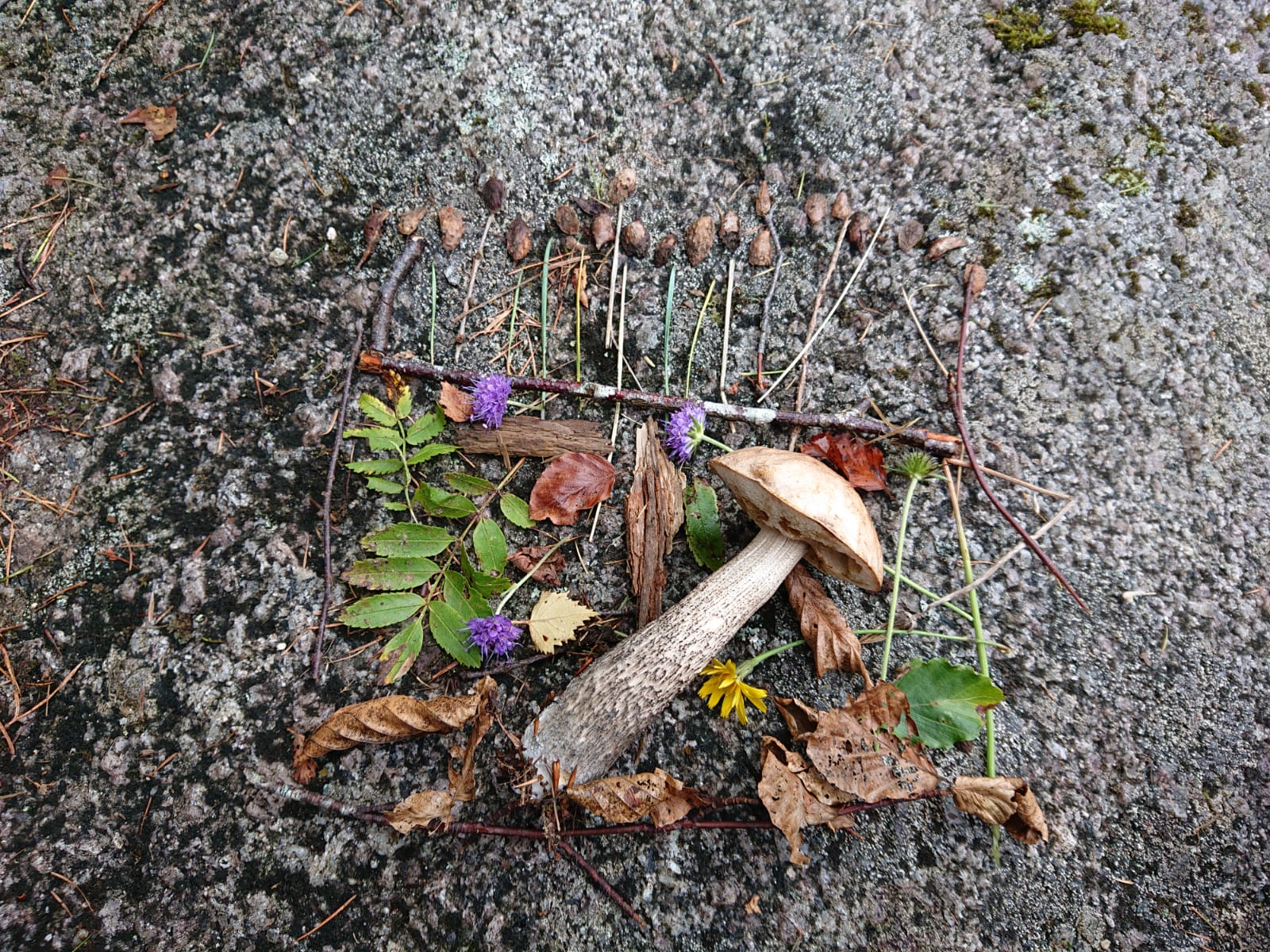 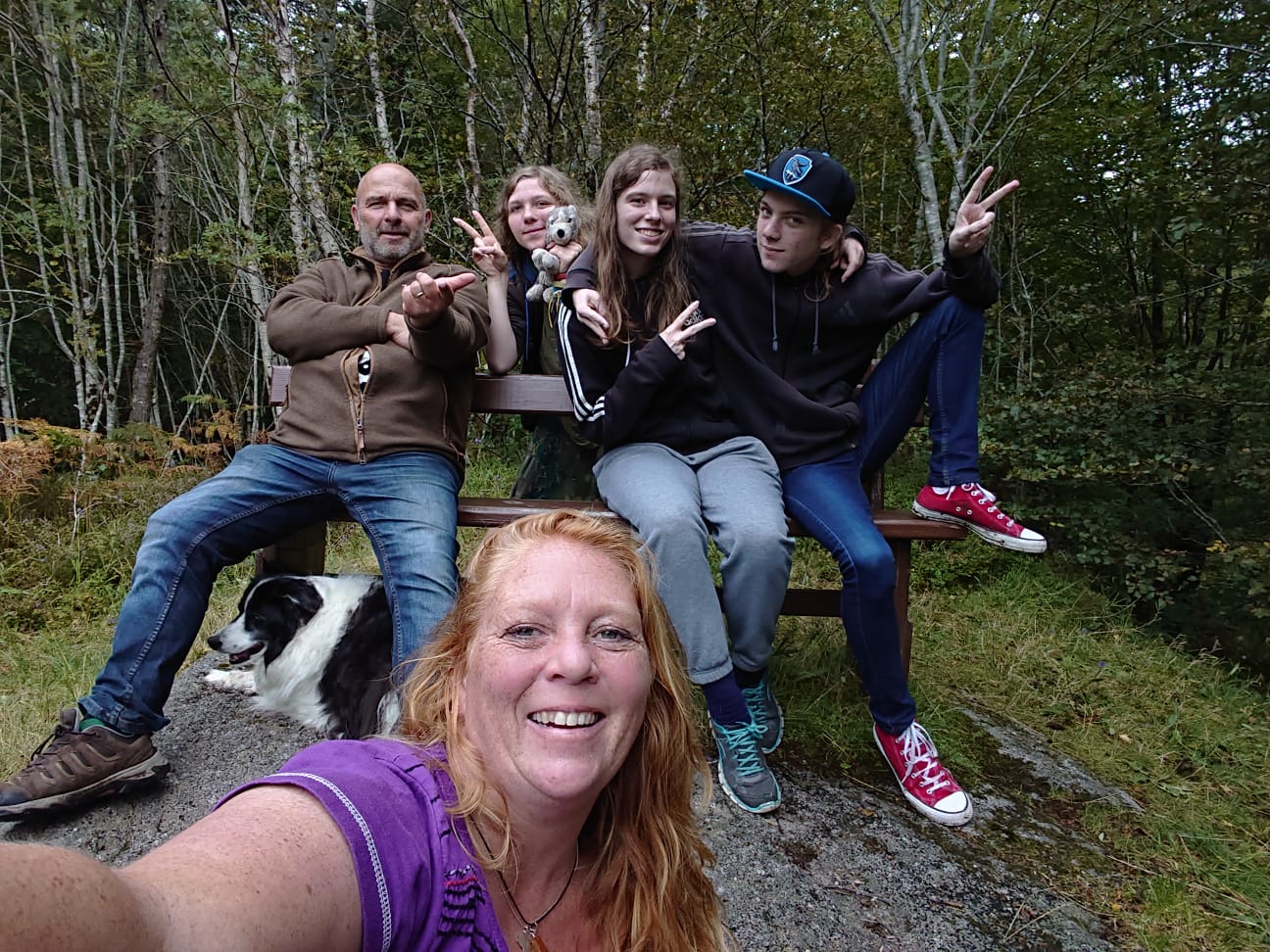 Birthday dinner was steak and chips, followed by Birthday Brownies with the most excellent coloured flame candles. We were super impressed with those. 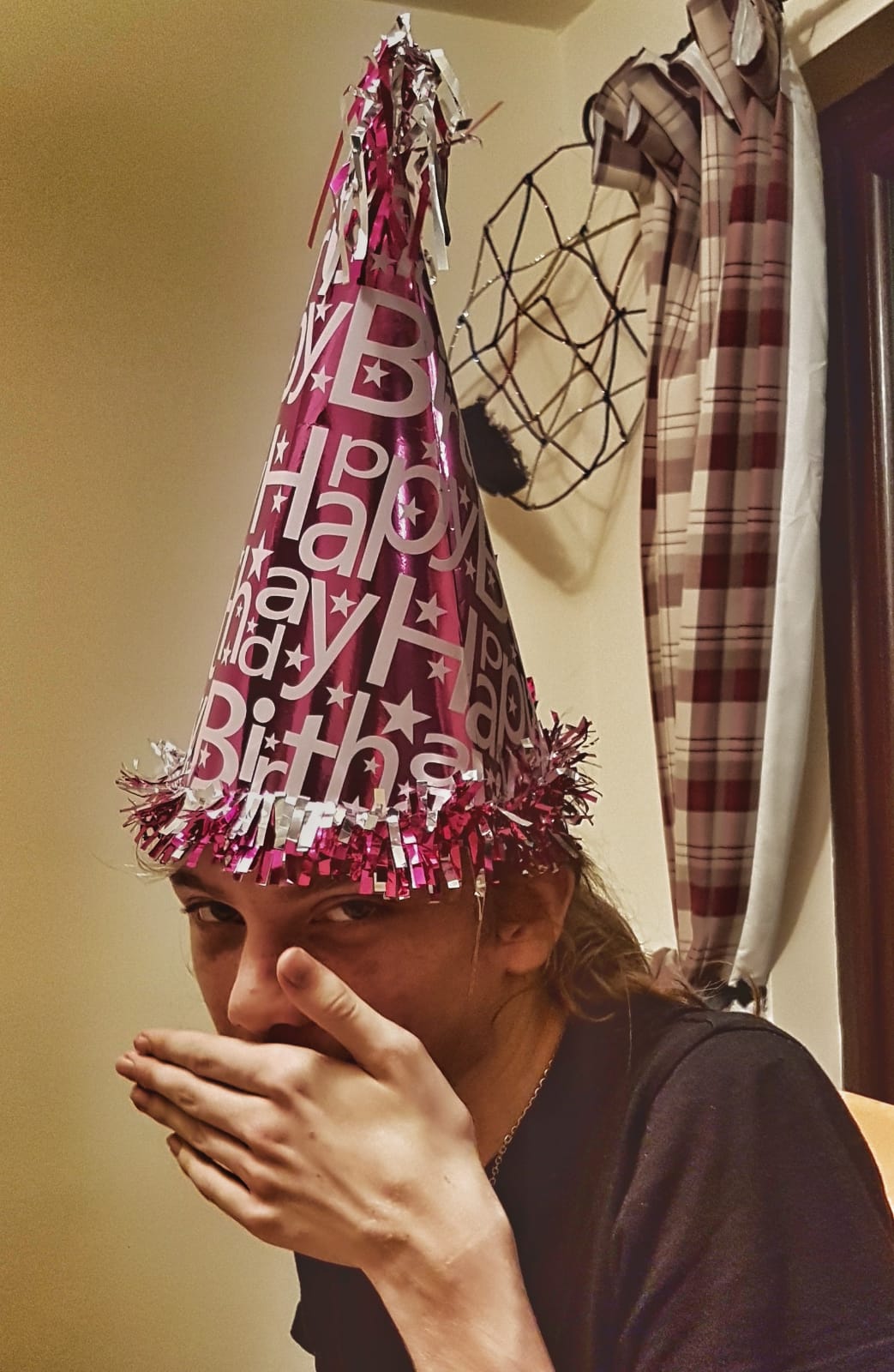 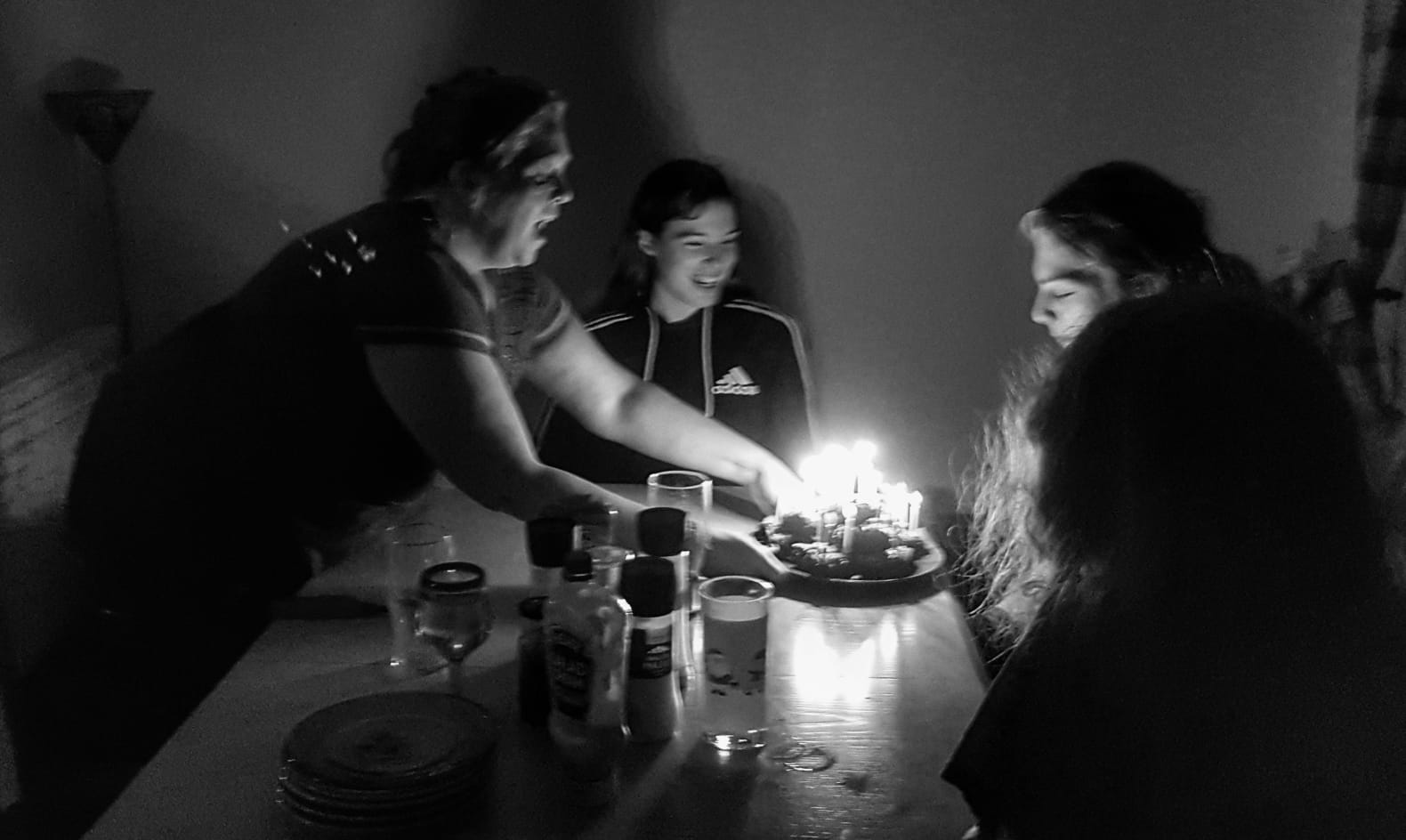 Like every parent ever I struggle to look at the strapping man celebrating being 20 with his girlfriend by his side and equate that person with the tiny new life I cradled in my arms 20 years ago, the toddler who cried when I left a room, the small boy tearing around waving sticks and shouting with his friends, excited for Christmas, desperate for Lego sets.

Davies has grown into a wonderful man. It is a great joy to share his life with him, to see his many talents grow, to watch him secure his place in the world. I am so proud of our son, in all his many aspects of his life from his art to his volunteering, his studying to his relationships with family, friends and with Megan. He is a quietly astute and intelligent soul with a fantastic sense of humour and a head full of of ideas and creativity. It has been a blessing to have watched him grow from that tiny newborn to the man he is today and I can’t wait to see what the future holds for him as he carries on through life.