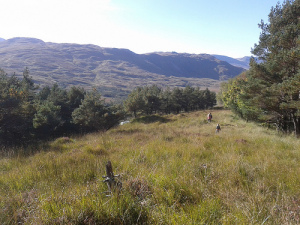 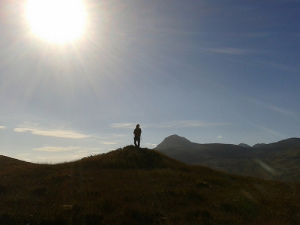 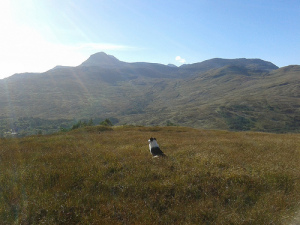 and a fair few above the croft too! 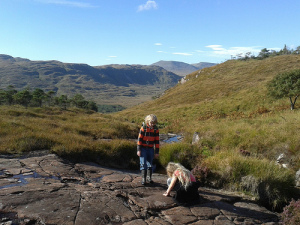 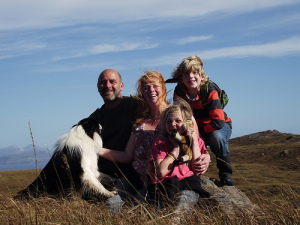 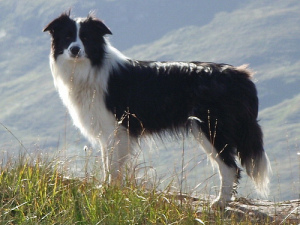 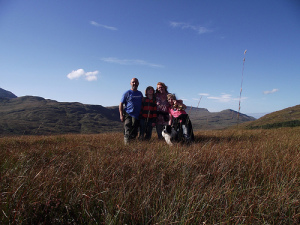 There was lots of Rum stuff happening – venison company emails to deal with, community bunkhouse update meetings, a full board meeting of the Rum Community Trust, a liaison meeting with SNH, an evening event with the chairman of SNH coming over to visit. Lots of walking up and down to the village with my notepad, talking in meetings, agonising over representing people while doing what I believe is best for everyone and trying to strike a balance between saying what I feel and not simply being gobby. Most of the time I think I managed it!

Two dinner invites this week too – one with a bath included, bliss.

A day of trekking up and down getting washing processed. Collecting firewood from down in the village, getting the car as far up the hill as we can and bringing it on our backs the rest of the way. Hours of chopping wood into log burner sized pieces and lots of kindling. We’re one pallet to the roof in the woodstore now, three sacks of kindling and reckon we have a full months supply of firewood ready to go. We’re planning the same again times 3 over the coming weeks but know it will only get tougher to get it up the hill.

Many, many brambles picked. Another 8 jars of jam made today and a large amount of brambles stashed in the freezer. They are in their final weeks now though so we’re out picking for an hour a day at least to ensure we have a good supply – it’s these which will be our jam fodder for next tourist season and our own jam supply for the coming year. Free food and free resources for making money.

Interesting conversations with Davies and Scarlett – about communities, responsibilities, internet security and safety, about money, about what makes somewhere home.

The stags are roaring; the rut has begun.

We have a convalescing duck who got on the head at feeding frenzy o’clock and is struggling to walk. She is definitely getting better rather than worse  but we’ve learned a lesson about about leaving all the birds to fight over the food. We have a lot of birds these days – we’re doing well in eggs still for now. The geese still show no sign of ganders among their number, the turkeys are fattening well but are so destructive and always come up to the static at night to roost. Tonight they are all perched on the horse box wobbling about and being noisy. The pigs are happy in their current spot and we are planning the dates for when the piglets become pork and quite how we go about all the logistics for it.

We’re impatiently awaiting the wind turbine arriving and looking forward to the wind blowing in a constructive rather than destructive way for us. 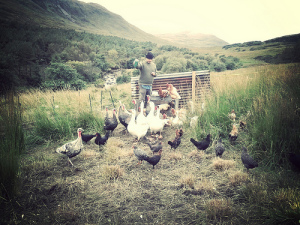 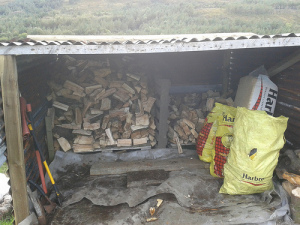