There are fleeting moments on Rum when people visit and get a snapshot of an Eden like place. When the weather is perfect, there are no midges, the ferries all run to timetable, skies are blue, seas are calm, eagles soar… you get the picture.

I love Rum when the weather is wild, the rivers are raging, it’s dark at 330pm and we’ve not had a boat for days and all the fresh milk has run out and realistically if it were like it’s been this week all of the time then there would be ever such a lot more residents than our current tally of around 30. But that certainly doesn’t mean I have not very much appreciated the amazing week we’ve had.

I’ve been outside every single day for hours on end, I have sunburnt shoulders, an aching back from weeding, dirty under my nails. I’ve been listening to the almost constant call of the cuckoo and the cheeping of newly hatched chicks. I have been sowing, thinning, weeding, potting on, planting out and tending. I have raised beds filled with tiny seedlings all starting out in the big wide world outside the polytunnel. Ady has been spring cleaning the entire croft, stock taking materials and moving useful things around. My sweary playlist of songs to sing along to while I work has been abandoned in favour of more appropriate tunes as there seems to be a constant round of visitors walking around the nature trail – many of whom have been visiting In The Shed and making purchases – my first midge sold today! 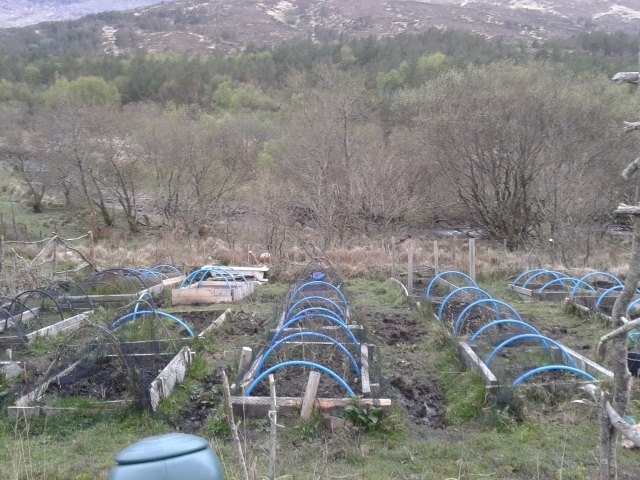 Loads of solar and wind power so Davies and Scarlett have had plenty of online time to catch up with friends and do their various pursuits – gaming, online socialising, watching TV shows on catch up and son on. Scarlett has been playing in the river lots and today we all four spent an hour or so wheelbarrowing our latest big animal feed delivery from the car to the croft. 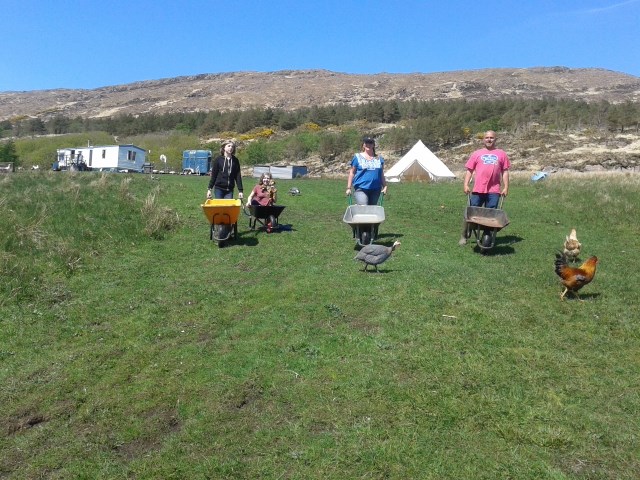 At least five times this week one of the many passers by the croft, or indeed the man who just walked straight through the croft earlier today – have called to us ‘you have the perfect life!’. This week I rather think we might.