And my true love brought to me, four yellow wheelbarrows filled with rounds of wood.

Ady slipped down and staggered up the croft hill bringing wood to me while I used our latest tool – a wood grenade, a metal wedge which you hit with a sledgehammer into a lump of wood too big to split with an axe until it splits it for you. Then an axe to split the wood again. I filled three wheelbarrows with split wood which I then stacked into the wood shed. 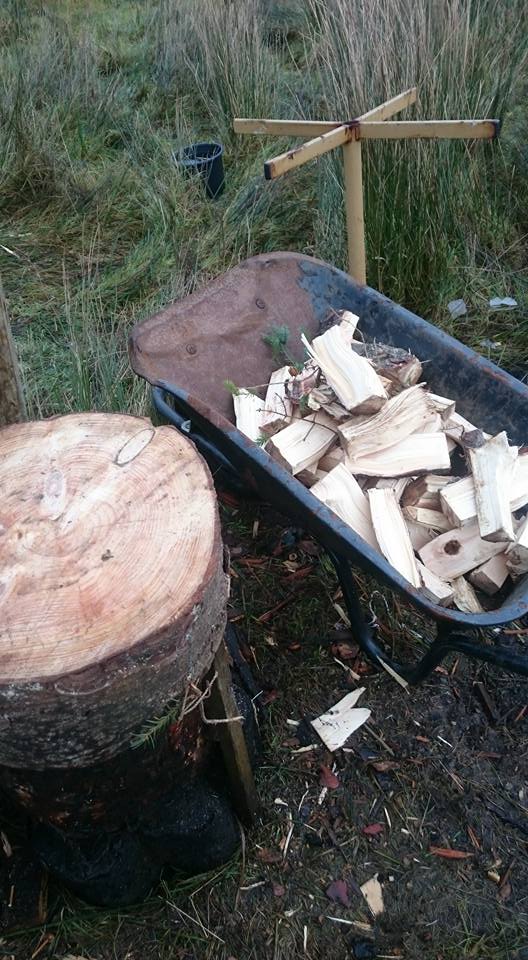 The 12 days of Christmas likeness doesn’t end there though, although the numbers didn’t tidily go up and down from 1 to 12 I did get utterly distracted from my task by an assortment of creatures.

First was a sea eagle, you can’t make it out in this picture, but I have shared it anyway because the view alone was pretty distracting in it’s beauty. This is looking north from the croft and there is a black spot there in the sky somewhere which was an eagle. It soared and circled overhead for a good five minutes before heading back over the ridge again. I was busy, but I will never be too busy to put down my axe and watch the majesty of an eagle. 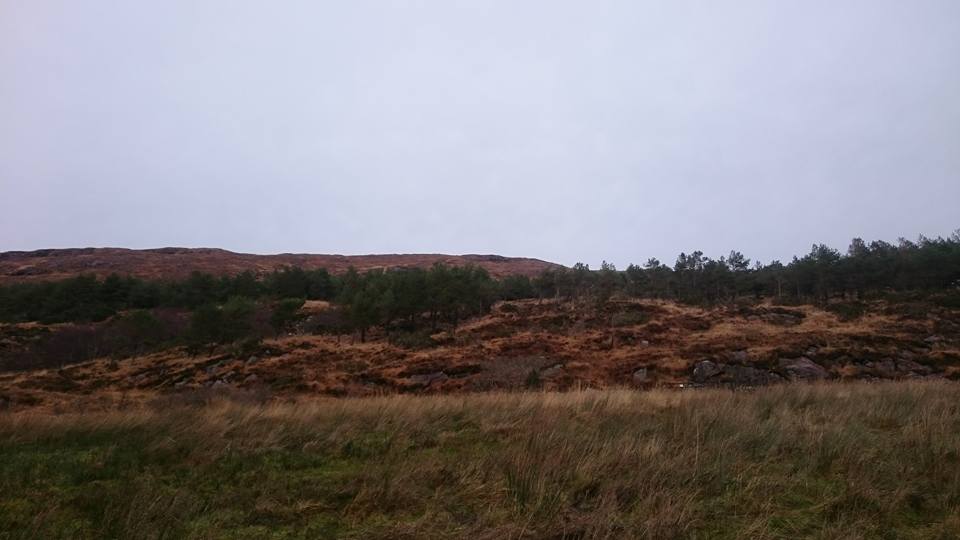 Scarlett brought me out a cup of tea which I paused to drink and look south for a bit. Teenagers they may both be but the novelty of a properly cold and frosty morning was not lost on them and they headed off down the hill to the river in search of ice. Smashing ice, stamping in puddles and seeing who can find the largest single piece of ice is great fun they tell me. Being proper teenagers they didn’t wear coats…

The sun hangs low in the sky at this time of year, just about grazing the top of Hallival for an hour or so in the middle of the day before dipping low again. This time of year the sunrises and sunsets are the most magnificent. Looking across to the mainland showed the whole range of mountains snow capped. 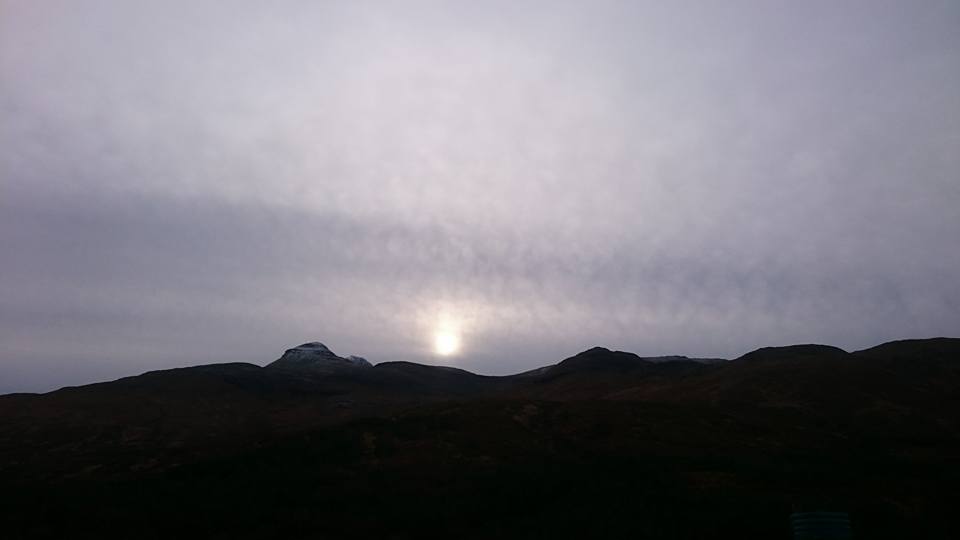 The Three Muscovy ducks spent a lot of time ‘helping’ for which read being a nuisance and getting under my feet. We had a cockerel years ago who always came rushing over to me when I was chopping wood to try and fight me. The wisdom of attacking a woman, 100s of times bigger than you armed with an axe always bypassed this particular bird. Fortunately they realised they would be even more annoying to Ady getting under his feet walking up and down the hill so didn’t stay with me all the time. Time share nuisance ducks!

The turkeys came around for a while too. The male and one of the females headed off again once we started waving the axe around but one of the females stayed. I had Merry Christmas Everyone by Shakin Stevens playing on my phone and she joined in. It was very funny, she really sounded like she was singing along. Again, the wisdom of a turkey trying to sing Christmas songs leads me to question her sense. Tonight she started roosting with the guinea fowls. I think she may be trying to pretend she is not a turkey… 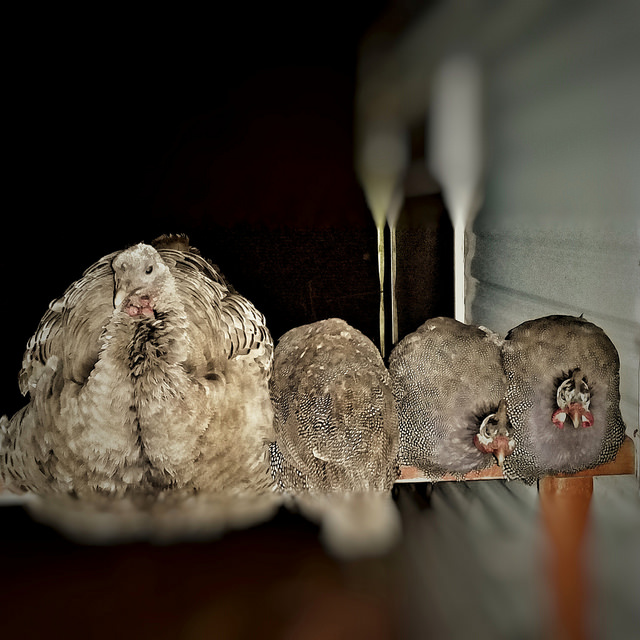 The most entertaining visitor though was Waddles the piglet. She is the piglet we are keeping from this years litter. She was about half the size of her siblings for months, despite not being the actual runt of the litter and for ages we didn’t think she would make it. She has bags of character and despite getting whacked by the electric fence when she goes in and out she comes out of the pig area several times every day to wander round the croft and see what everyone is up to. In the style of Babe or Wilbur from Charlottes Web she has won hearts all over Rum and earned a reprieve from the fate of sausages and become something of a mascot / pet pig. I sort of wish she had a better name really… the kids named her after a pig in a TV show they watch.

She came over for a stroke, scratched her back on the axe handle for a while and then sat and watched me chopping wood, bobbing her head up and down as I swung the axe like a nodding dog. Very amusing.

On their way back up the hill to come in for lunch I got this photo of Scarlett which I think is a fairly iconic image of her, surrounded by her beloved animals like a sort of Snow White figure.