Even with a week off the island January seems to be stretching really long this year.

It’s been really cold and very windy so outside tasks have not been a very attractive proposition. I decided against planting onion sets and seed potatoes as I think they will rot long before the ground warms up to start them sprouting. I have ordered some artichokes and garlic though to keep me inspired even if nothing is in the ground yet.

The daylight hours are stretching with every passing day, sunrise a little earlier, sunset a little later and twice this week we’ve braved the five o clock chill to have the last cup of tea of the day outside on the sporran as the light fades.

Fortunately there have been plenty of indoor tasks to get on with; tax returns, car tax, emails to catch up with, a bit of spring cleaning, some crocheting, tea drinking and chatting with friends.

It’s also been a week of celebrations – Bonnie the dog was five (which in dog years seems to make her about the same as me we think) so Scarlett made her a special treat and Wednesday we joined in with probably my favourite night of the year here on Rum for the Burns Supper. I’d helped make the haggis earlier in the week so I was part of the proceedings presenting the haggis to be addressed (which mostly involves prancing around carrying it while being followed by someone else brandishing a bottle of whisky!) and I also wrote and read out a poem. Many others read poems and the primary school had put together a presentation too. A lovely evening with friends and this year we had various contractors and volunteers on island too so they got to join in and see Rum community at our very best. 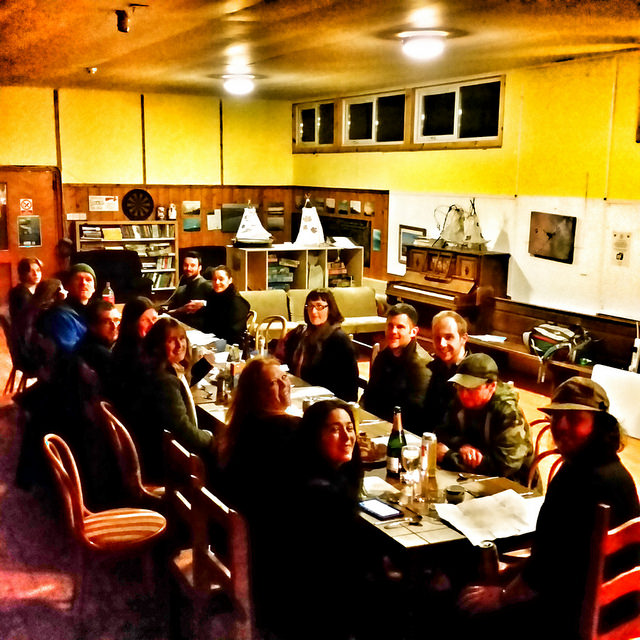