After Popmaster this morning (before which I was making four trays of home made granola, which we call nic-ola in our house) I posted a facebook status update to say ‘off to plant seeds in the sunshine. I may sing while doing it’. And I did. I sang lots. It was a happy, shiny, sunny, productive day and I took some requests so I sang a bit of Thank you for the days and some Don’t Stop Me Now and because it is such a small leap from calling “Davies! Day-vies!” from the sporran when it’s lunchtime to a full on rendition of the Banana Boat Song when your voice echoes all around the cuillins I sang a bit of that too. 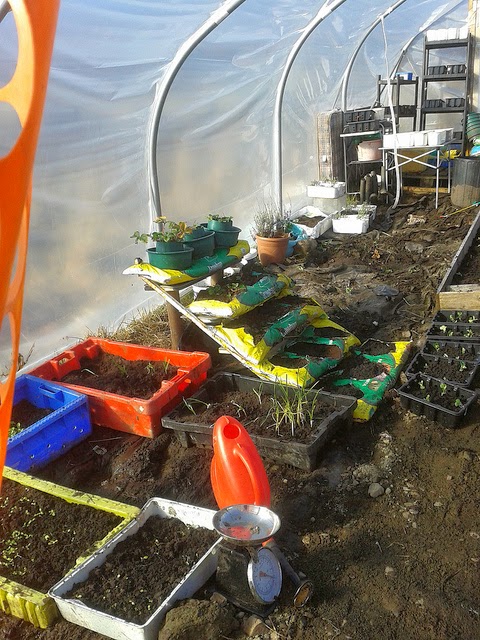 I also swore a bit. At the Bad Turkeys. Who had taken advantage of my lunch break to go into the polytunnel and roost on the shelving and poo on the seed trays and peck at the seedlings. Bad turkeys. I may have used other words too! Ady took pity on me (or maybe the turkeys) and put up some netting to stop them getting in any more. 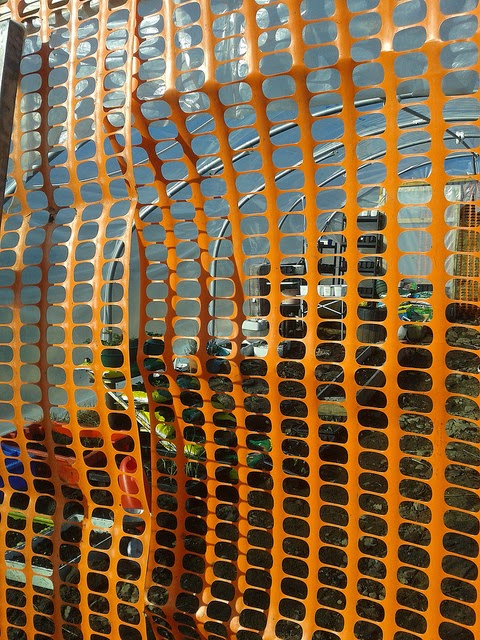 My afternoon was all the better for it 🙂 Once I had finished in the polytunnel I enjoyed a cup of tea on the sporran with Ady and a friend who had dropped by, then took my singing down to the raised beds where I put in some red onion sets, white onions sets, dug over and weeded  a couple of raised beds, cut some hazel to make netting arch supports and did that. I started netting but the sun dipped low enough behind the hill for it to stop being T shirt weather so I called it a night. I was surprised to note it was well past 6pm by then. Ah, the longer days.

Davies and Scarlett spent the day outside- playing beside the river, doing the rounds checking on the broody geese on their nests (Scarlett counted eggs, one is sitting on 17!), playing with the dog and finally wandering down to the shop to buy ice cream.

Ady spent the day fixing up a couple of the sheds built from reclaimed galvanised sheeting to create a chicken house in hopes of persuading them to lay their eggs in one easy collectable place, and a duck pen to put them away in at night after the evening feed so we can collect duck eggs too. I took the first £2 from the Honesty Larder today from egg sales.

It’s such a perfect day,I’m glad I spent it with you. Don’t stop me now, I’m having such a good time. Thanks to Jo, Rach and Jay for the musical inspiration 🙂

Fancy a slice of our life – check out http://wonderingwanderers.co.uk/uncategorized/building-the-dream/ to find out how.