Some pictures to go with the words of the past week or so.

Our fabulous volunteers who have really helped us move the cob project on in the last couple of weeks. We are close to completing the digging. That is just step one of a project with many steps but it feels good to have such a visual example of the whole thing. I have been working on gathering the excavated stones into one area and spreading out the top soil that has been dug out. The footprint is almost all down to subsoil level now and is draining well and fairly firm to walk on. 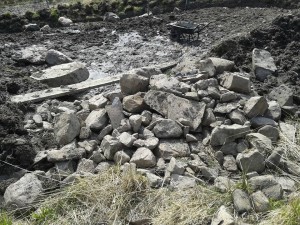 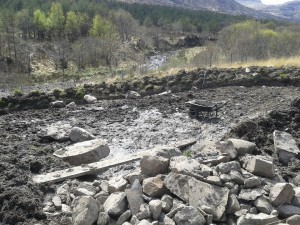 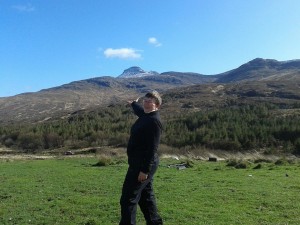 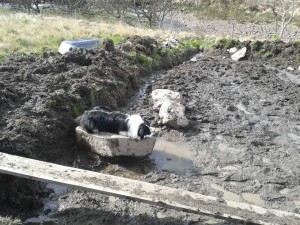 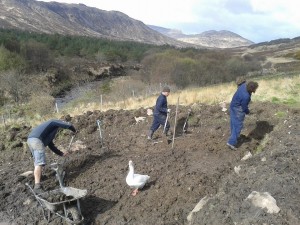 We have our first seeds planted too – no idea whether they will do ok or not but they are in, some direct into raised beds, some in seed trays, all still covered with plastic. An eclectic mix of the packets which got wet which included peas, carrots, parsnips, leeks, cabbages, chard, a variety of salad leaves, radishes, cucumbers…. 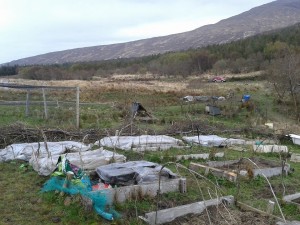 I planted a couple of fruit trees (cherry and pear) which we had been bought as a gift and was very chuffed to see signs of life, buds and blossom on every single fruit tree in the fruit cage – that’s 4 cherry, 3 pear, 2 plum, 8 apples – an orchard in the making! 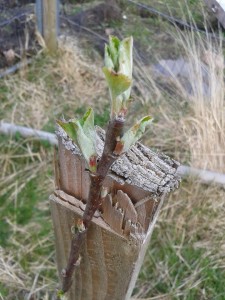 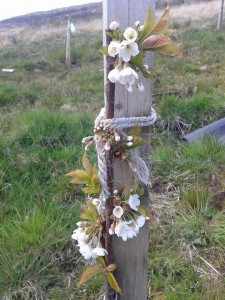 Ady trimmed the grass in the fruit cage to ensure the soft fruit bushes are not fighting for light, space or water with the grass. All of the bushes in there are also doing well, particularly the currants – we have red, white and blackcurrants, gooseberries, honeyberry, loganberry, tayberry, loads of raspberries, cranberry and blueberry. All looking good and healthy. 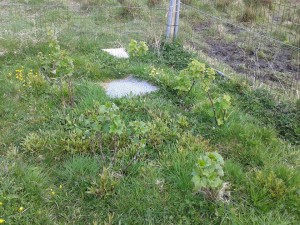 We’re not doing as much growing this year as I’d usually attempt, partially due to the loss of the polytunnel and partially due to focussing our time as much as possible on the cob build. But 3 years in it does make me really proud to look at the walled garden of raised beds, the fruit cage and the herb spiral all thriving and standing where there used to be a bare, overgrown field.

What we do seem to be getting better at each year is helping our animals to breed and keep their young safe. We have pens around a broody duck and her five ducklings and another around a goose and her five goslings. We have two more broody geese who we expect to start hatching their clutch of eggs sometime in the next 2 weeks so will construct a pen around them too. 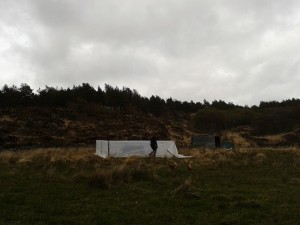 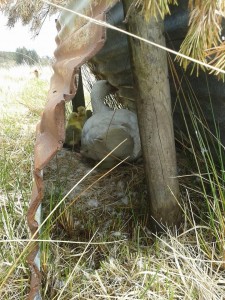 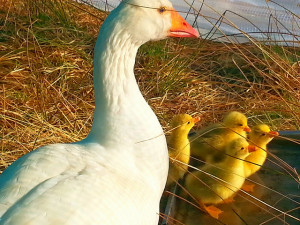 We have two ducklings in the house too – Lily and Gunther. They have imprinted most on Scarlett and are very cute and funny to watch as they join in with her life. Here they are playing lego! 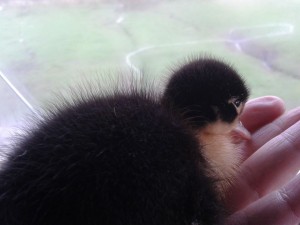 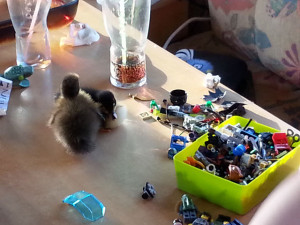 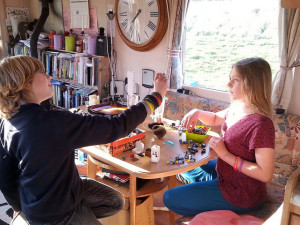 They were sitting on her lap this evening while she was playing a game on her tablet pecking at the touchscreen with their beaks because like all good ducklings they want to be just like their mama! 🙂

She has been teaching them to swim 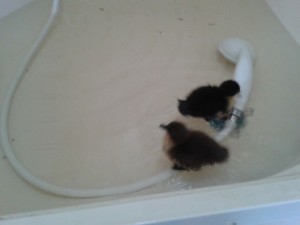 Finally the weather has perked up – just in time for Ady’s birthday, house guests and the likely return of the midges, all coming up in the week ahead.