I’ve not blogged much since we left Rum. Not because not much has happened – far from it, we’ve been ridiculously busy but it’s not felt blog-worthy as it’s every day, mainlandy stuff. Certainly it’s been several years worth of mainlandy stuff crammed in to a few weeks and definitely exceptional from our point of view but then walking round a supermarket or getting a takeaway is exceptional for us.

Since leaving Rum we have:
Celebrated a birthday, celebrated Christmas, seen the end of 2017 and the beginning of 2018. Been to a staff Christmas party, had a day trip to the zoo (Bristol), been to Bath Spa (just me), had fast food, takeaways and food delivered, been out to dinner, out to lunch, out for coffee and cake, taken my crochet to a craft fayre, been Christmas shopping, helped open a farm shop, visited a pub turned into a gingerbread house for Christmas, seen the starlings murmuration over Somerset levels, attended a solstice bonfire and eaten food cooked on it, seen a zombie flashmob along Glastonbury high street, been horseriding (Scarlett and Ady), been to the cinema (Ady, Davies and Scarlett) to see the Star Wars film on it’s opening day, watched the darts final on TV, caught up with friends we’ve not seen for years, spent precious time with family, had a go at double glazing, cooked dinners and baked bread in various kitchens, made a Christmas cake in one county then decorated and ate it in another, gatecrashed a Christmas cocktail party (which we were really not appropriately dressed up for), sat drinking in a beer garden, been to many pubs, talked to complete strangers (a lot! Turns out we are very friendly these days!), taken Bonnie the dog for many, many walks (not something we ever have to do on Rum), decorated Christmas trees (two), finally met an internet friend after years of ‘knowing’ each other online, managed to hug people in real life we have really missed hugging for the last six years, queued in traffic jams, queued in post offices, queued in shops and supermarkets, had many, many baths, played Trivial Pursuit with Amazon Alexa, dashed out of the house at 1150pm on New Years Eve to dash up the hill opposite and watch the new year fireworks, walked along the seafront and marvelled at the wind turbines out at sea, bumped into an old friend in Marks & Spencers, been to Christmas markets, played bingo in Glastonbury town hall. 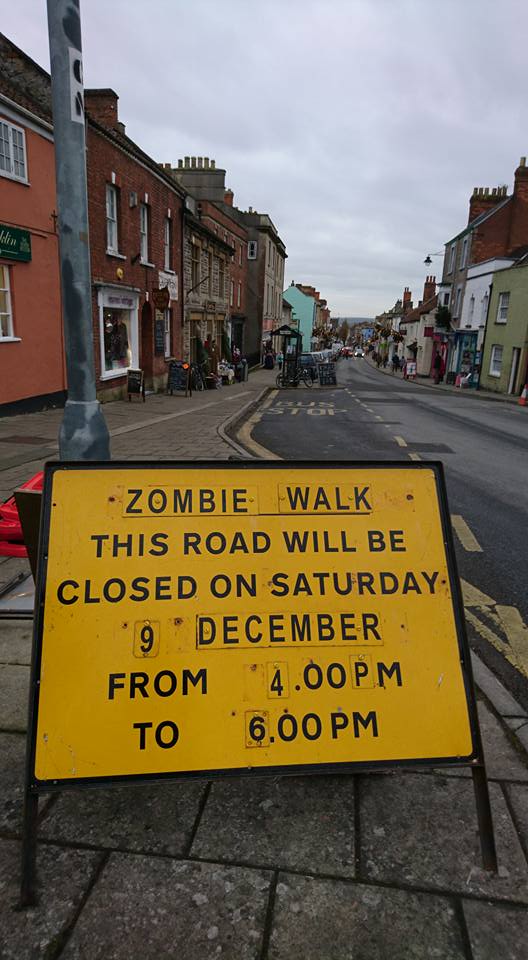 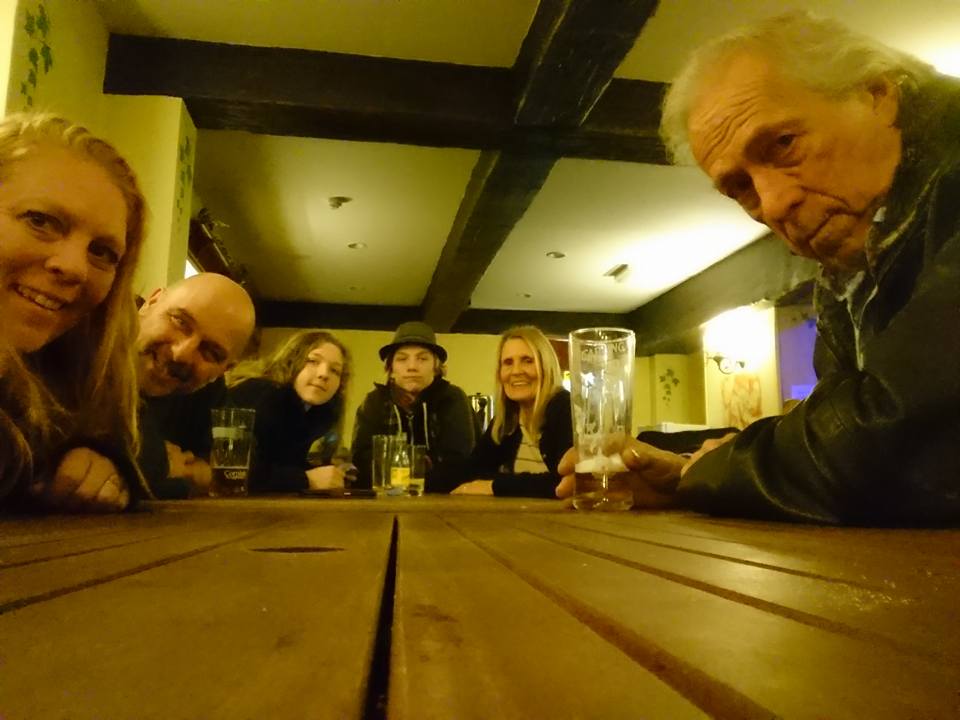 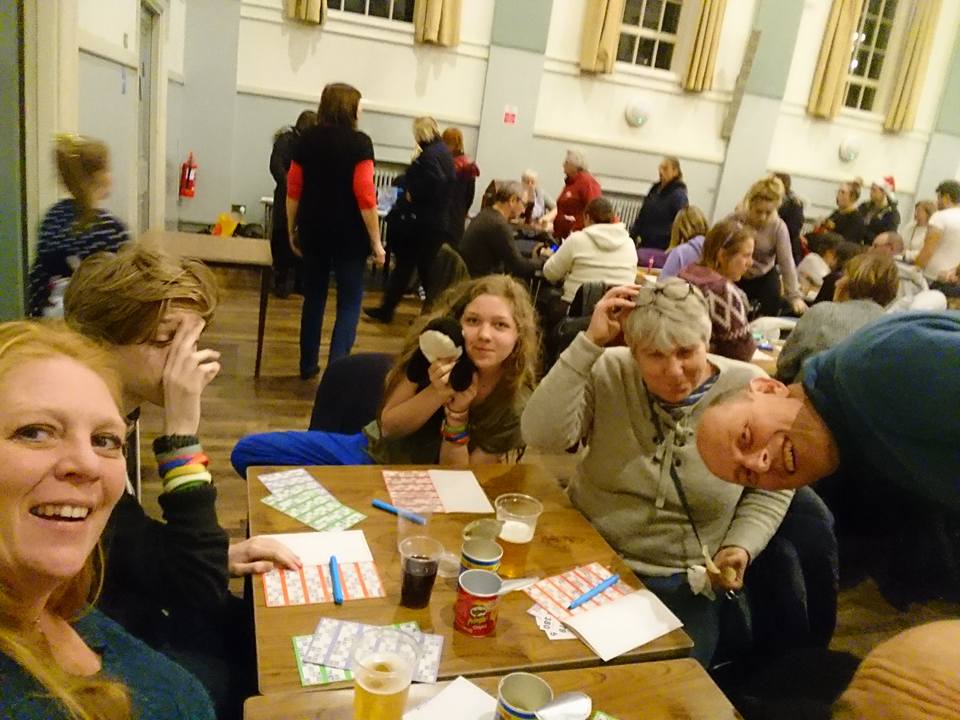 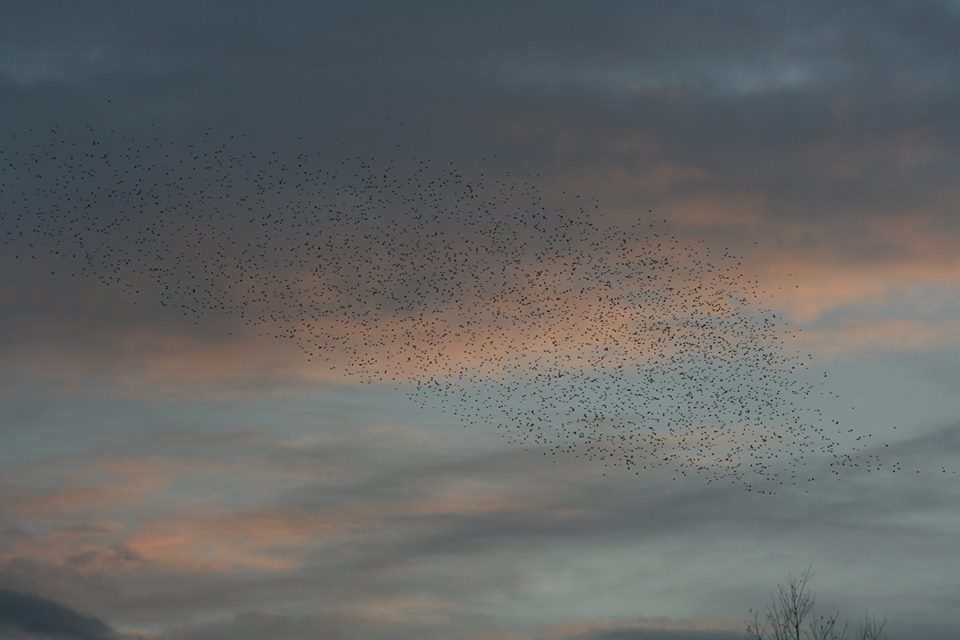 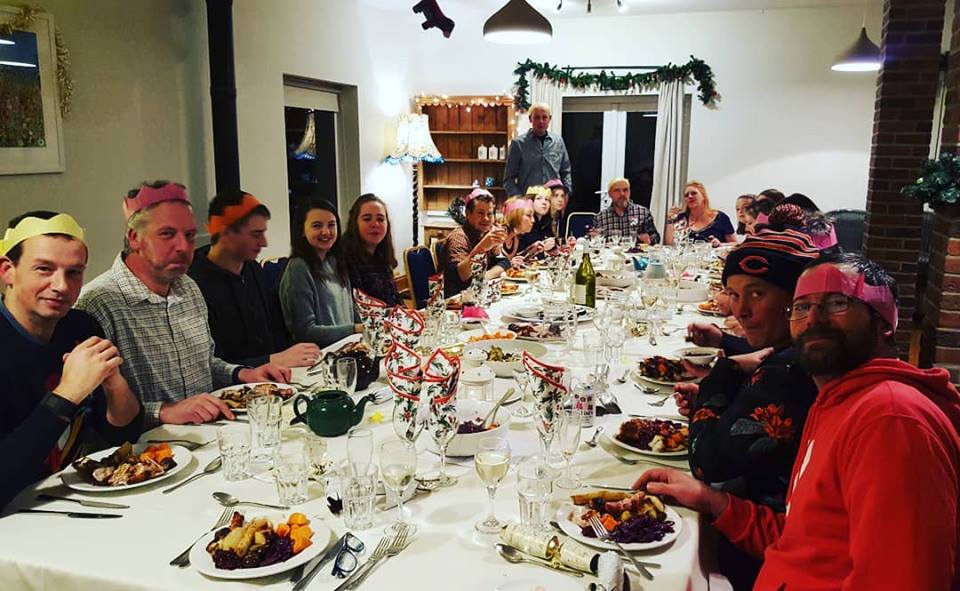 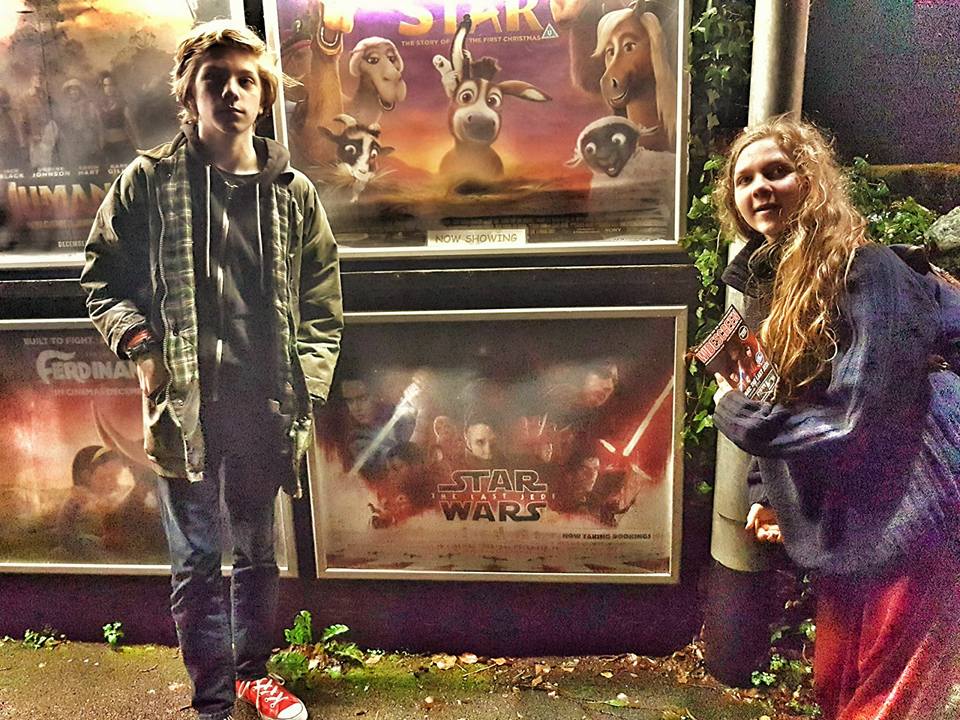 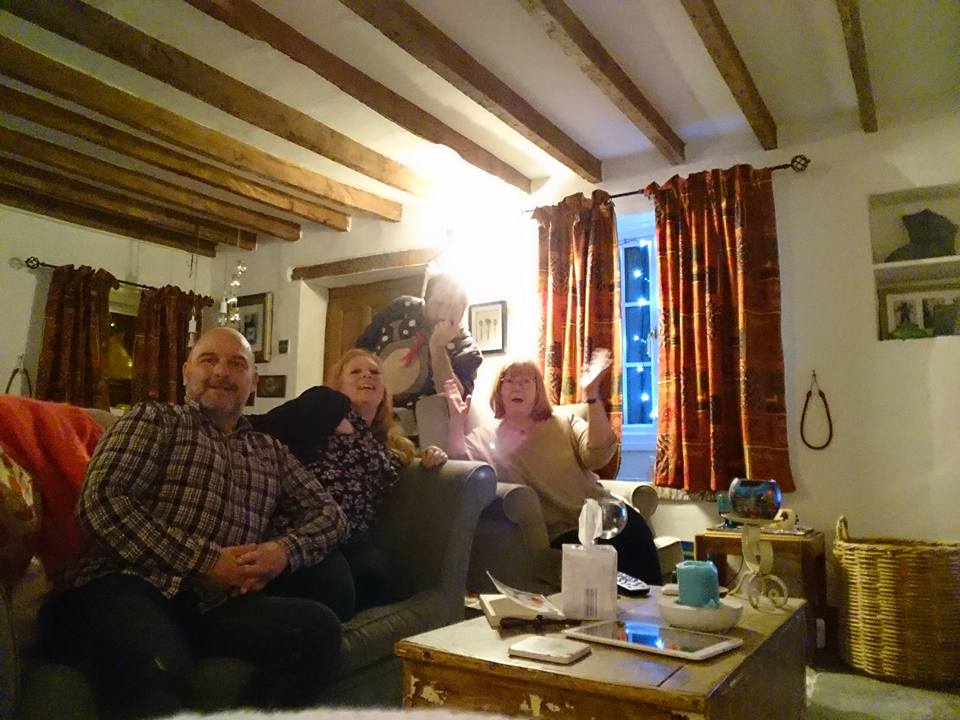 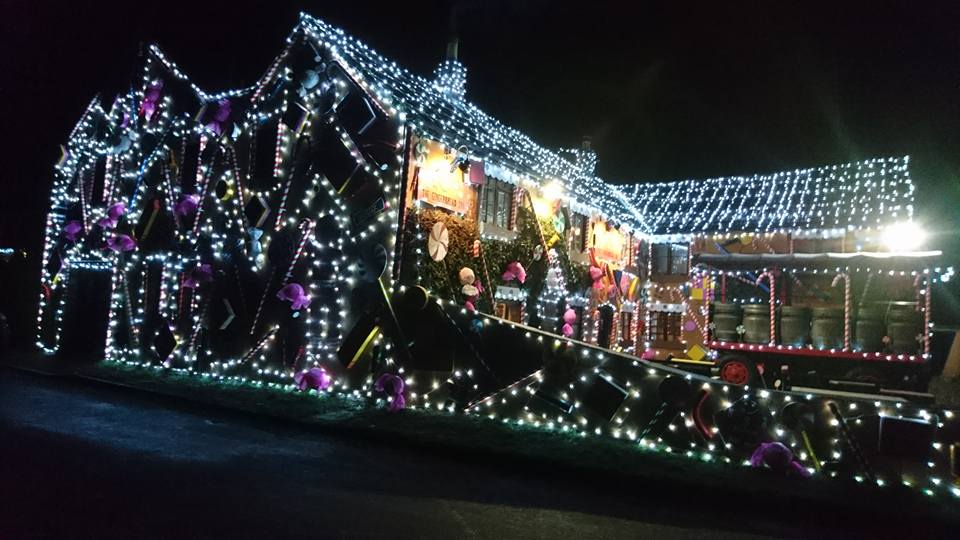 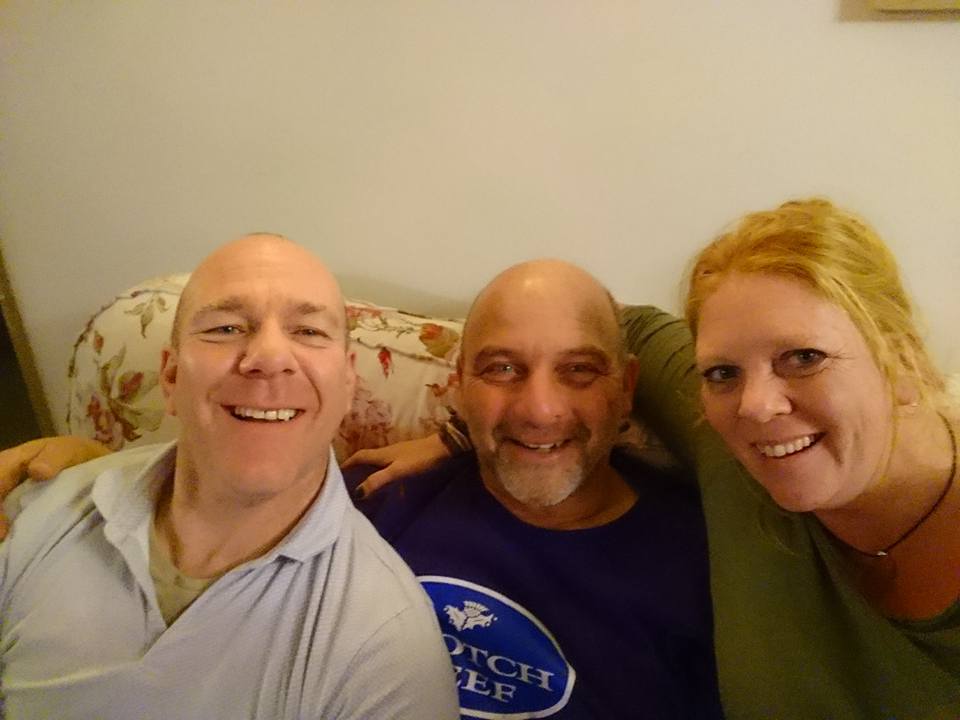 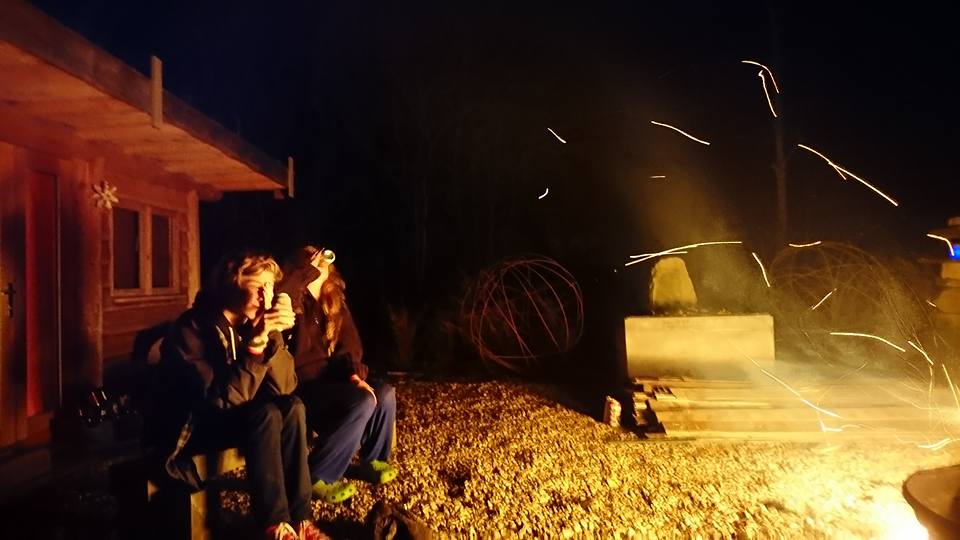 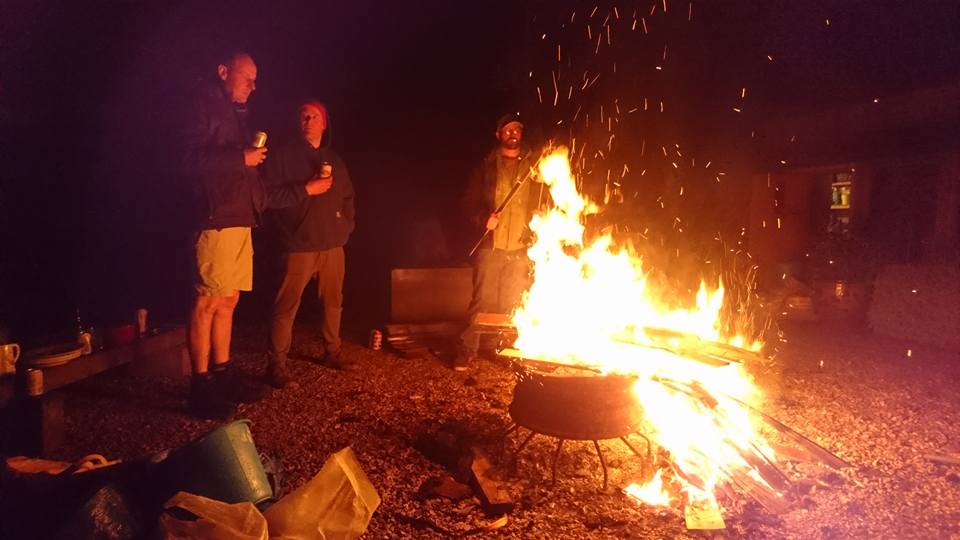 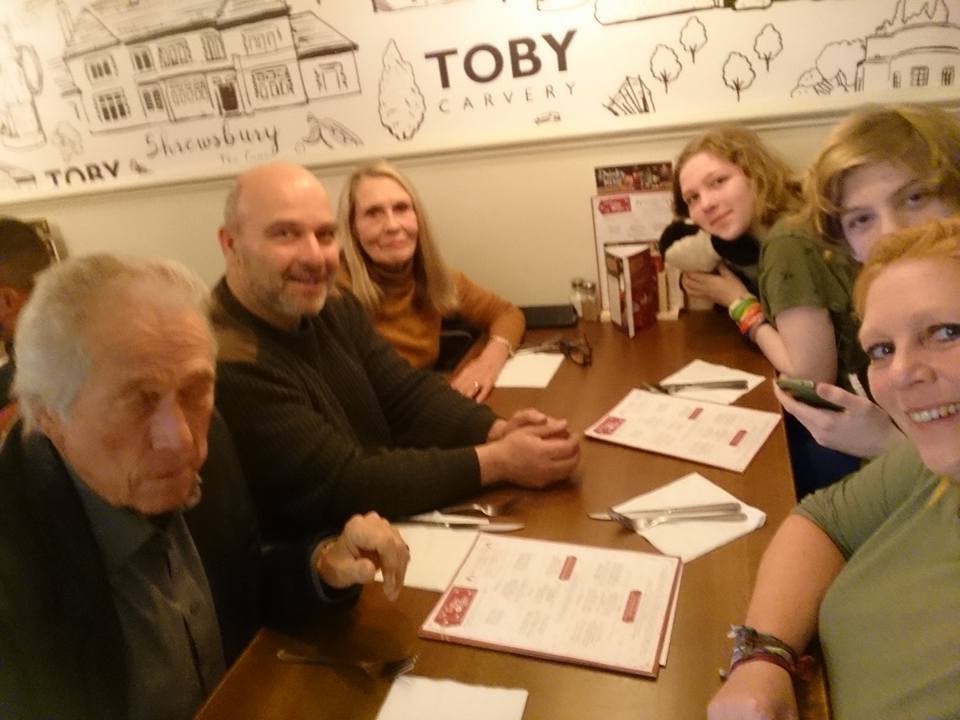 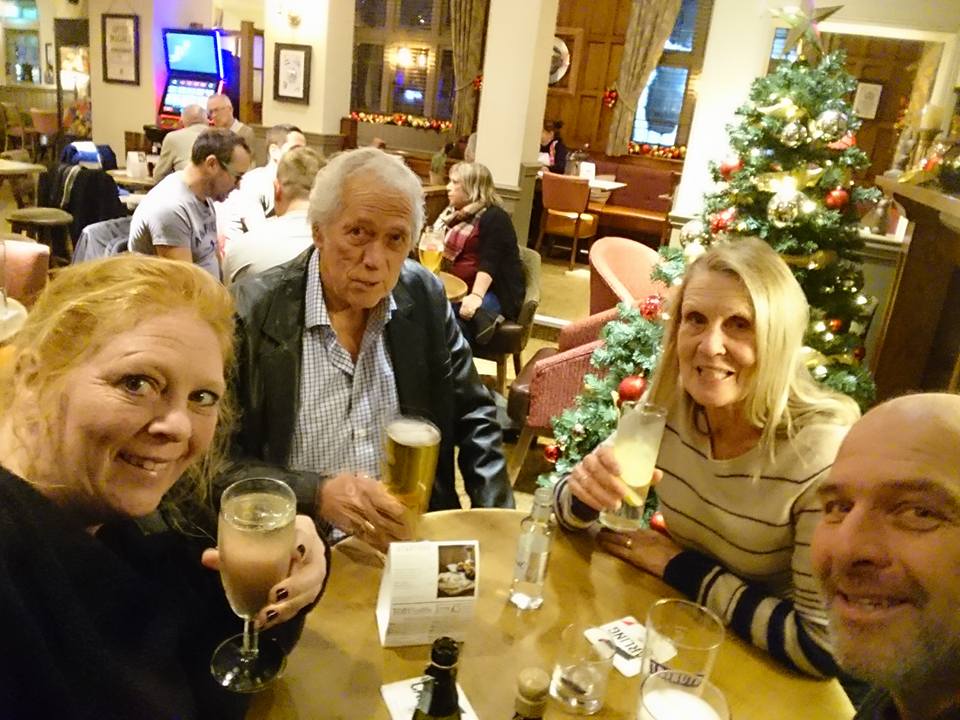 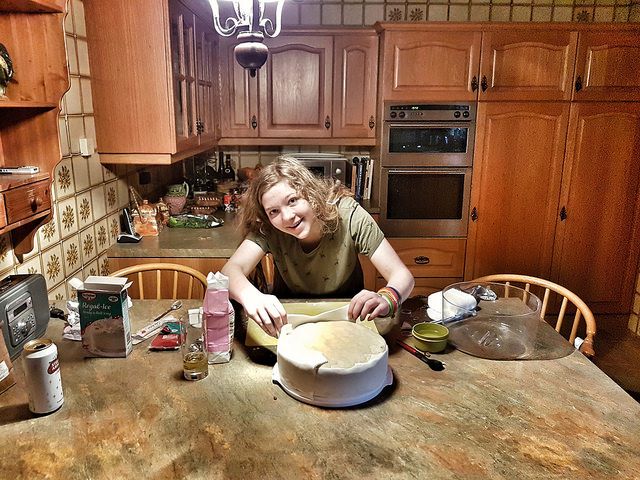 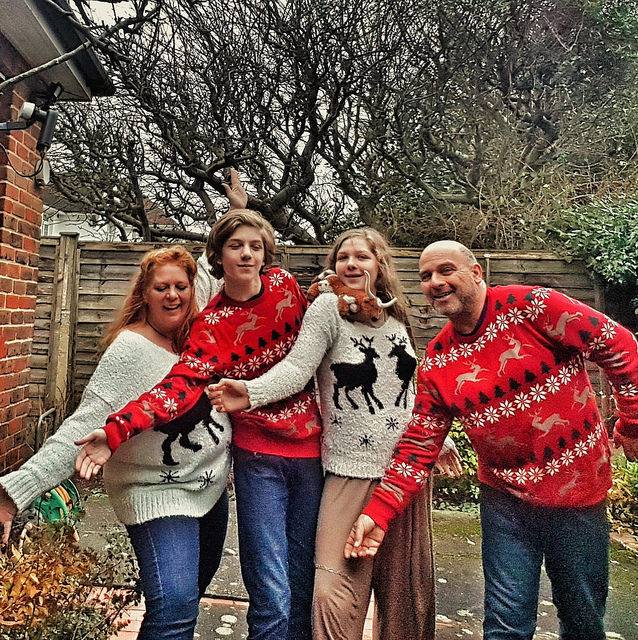 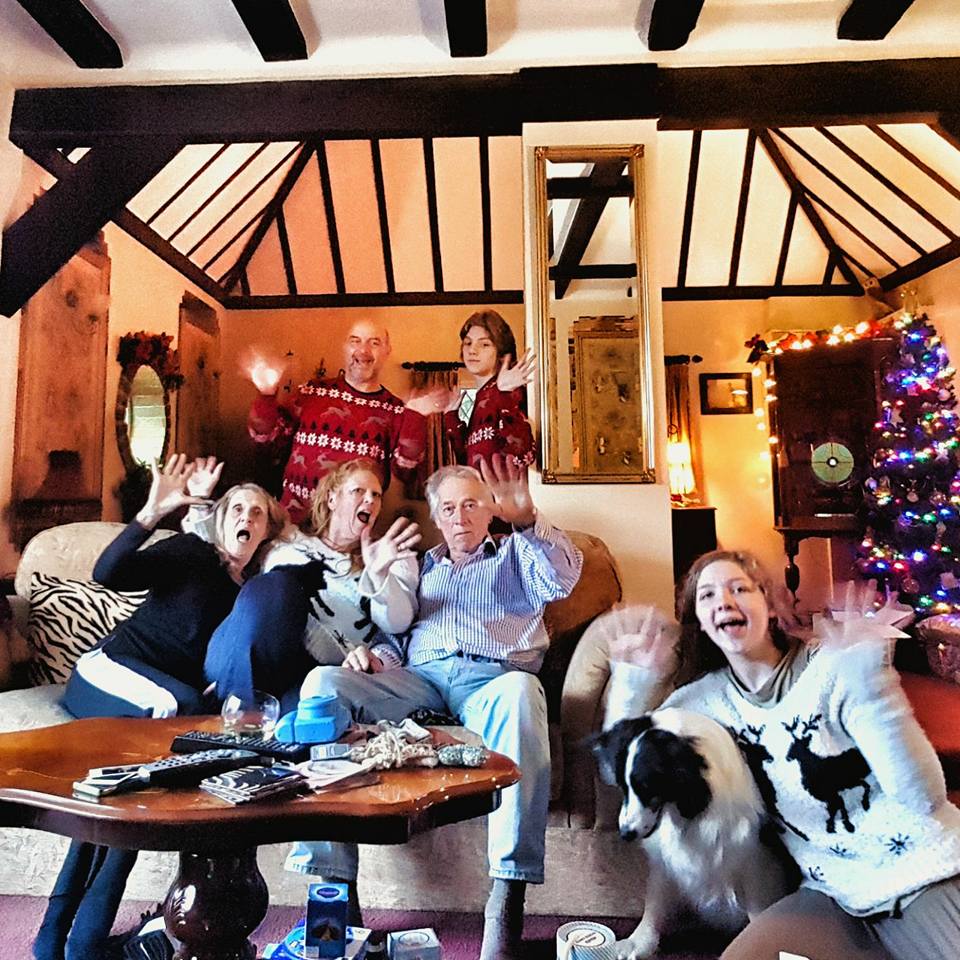 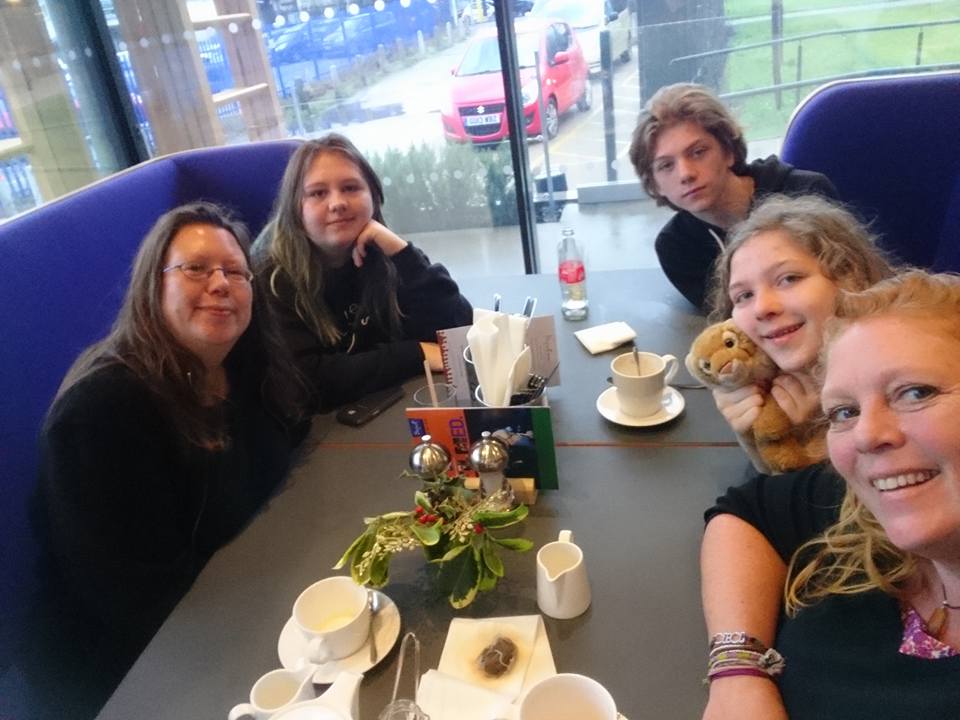 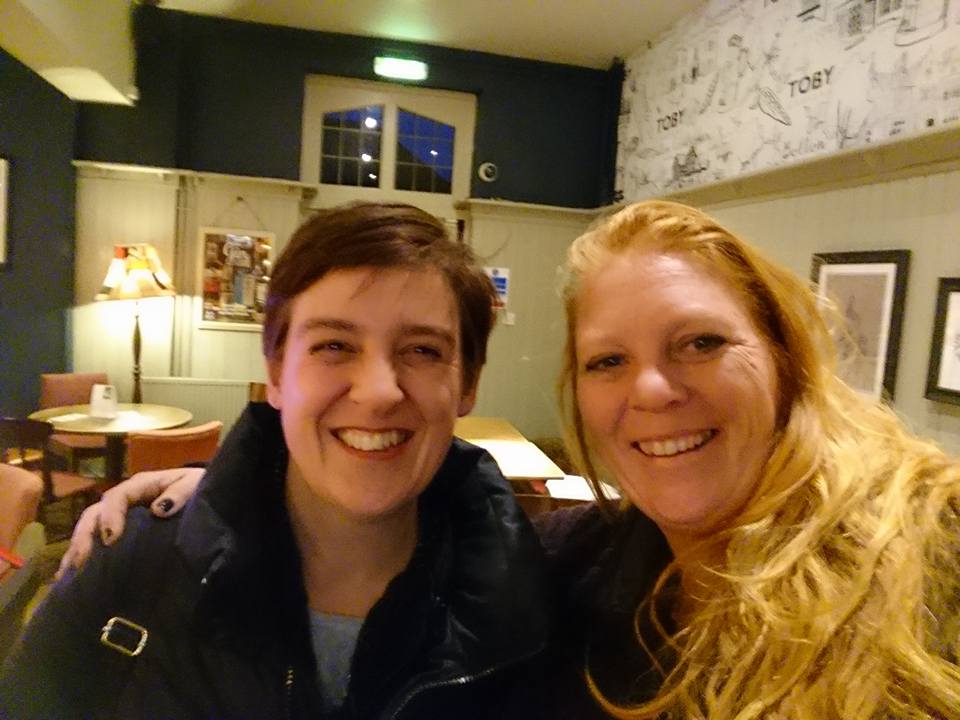 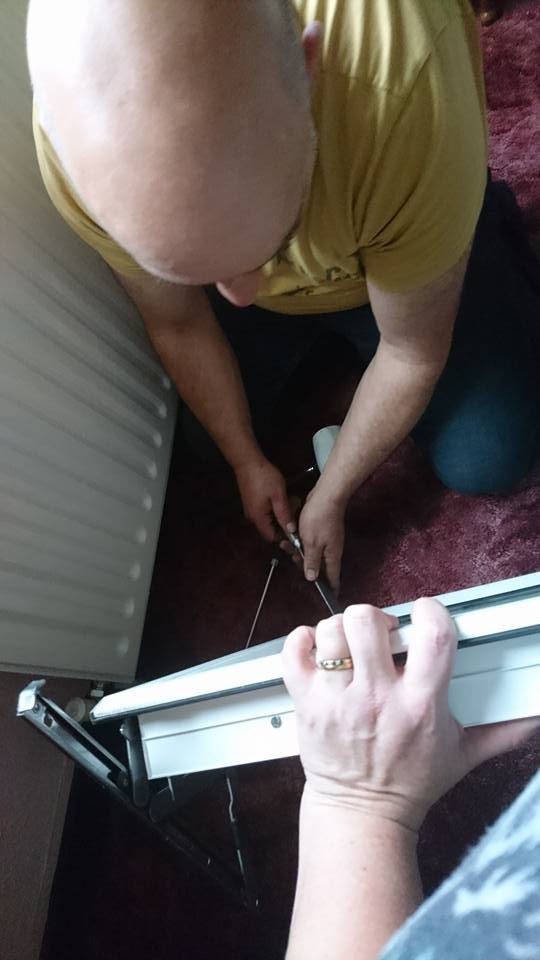 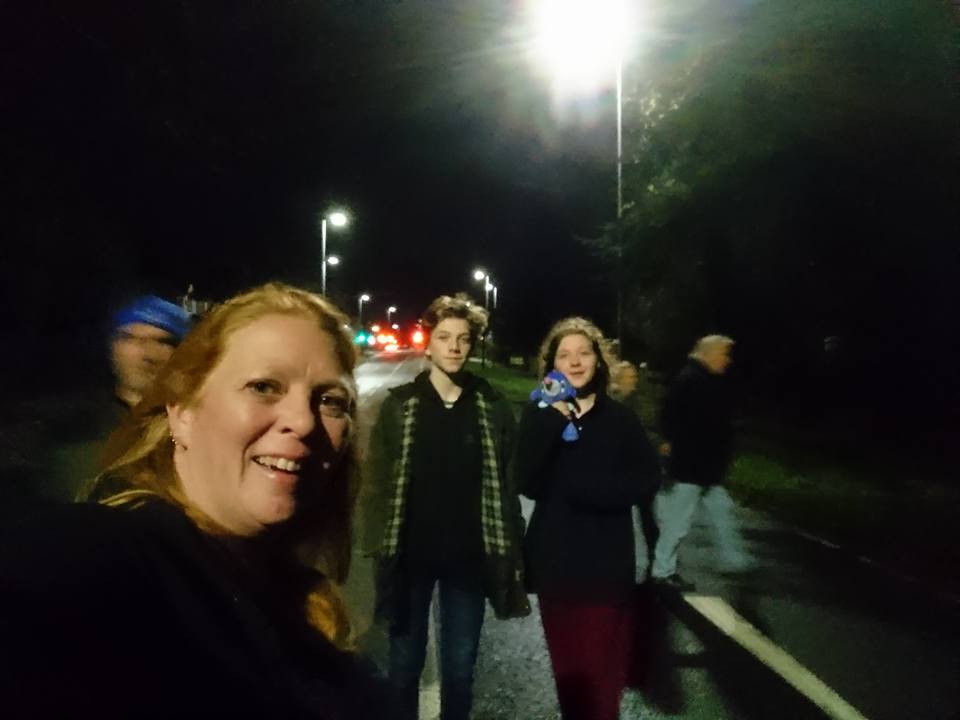 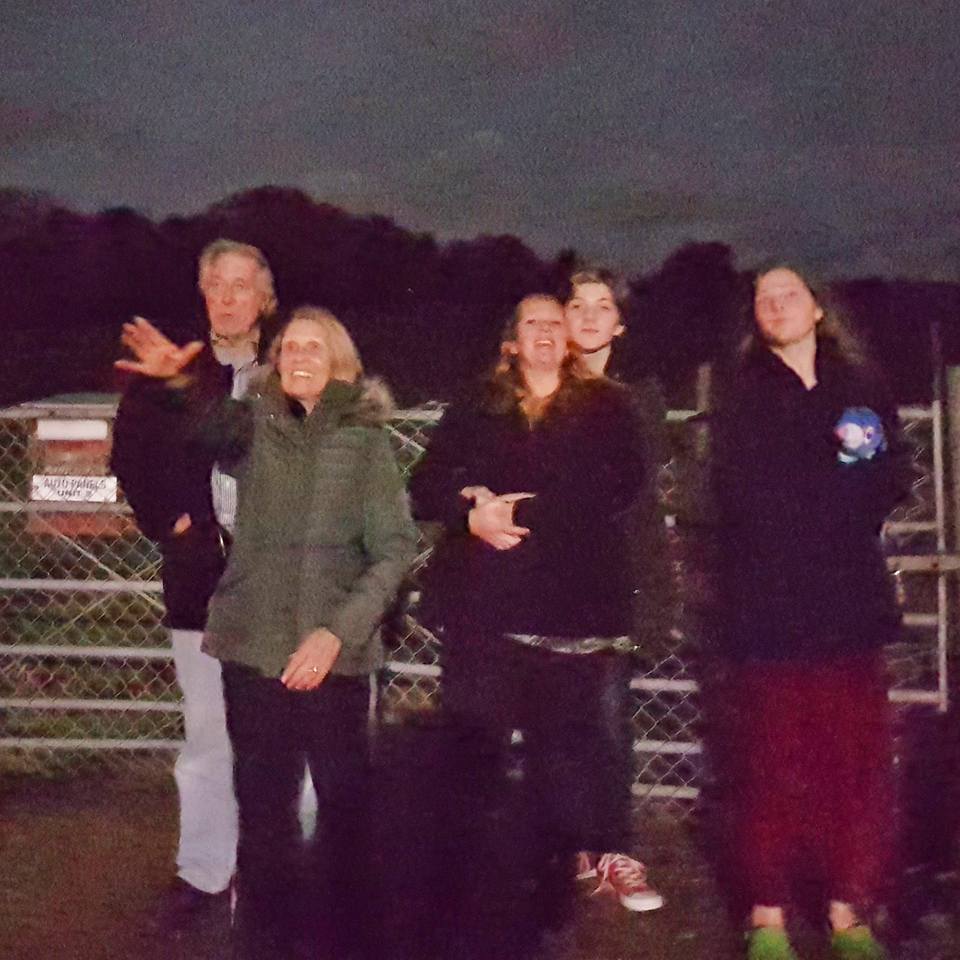 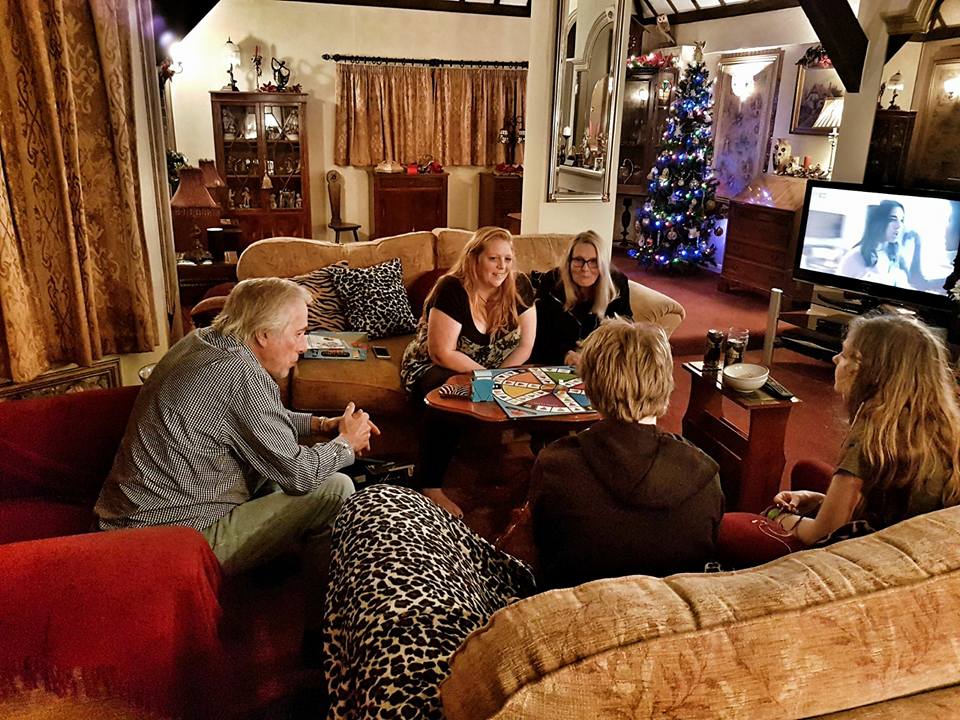 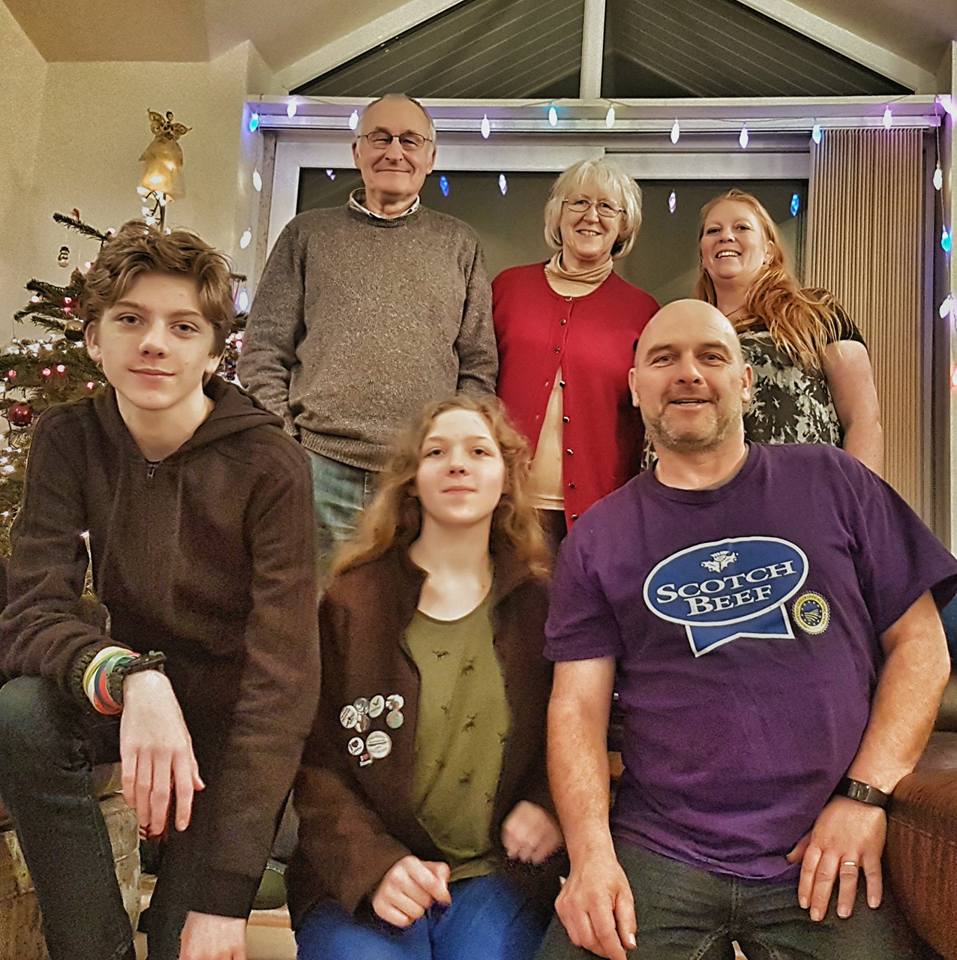 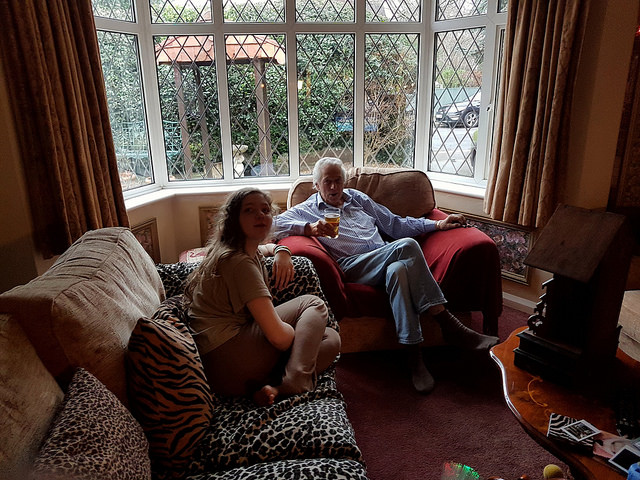 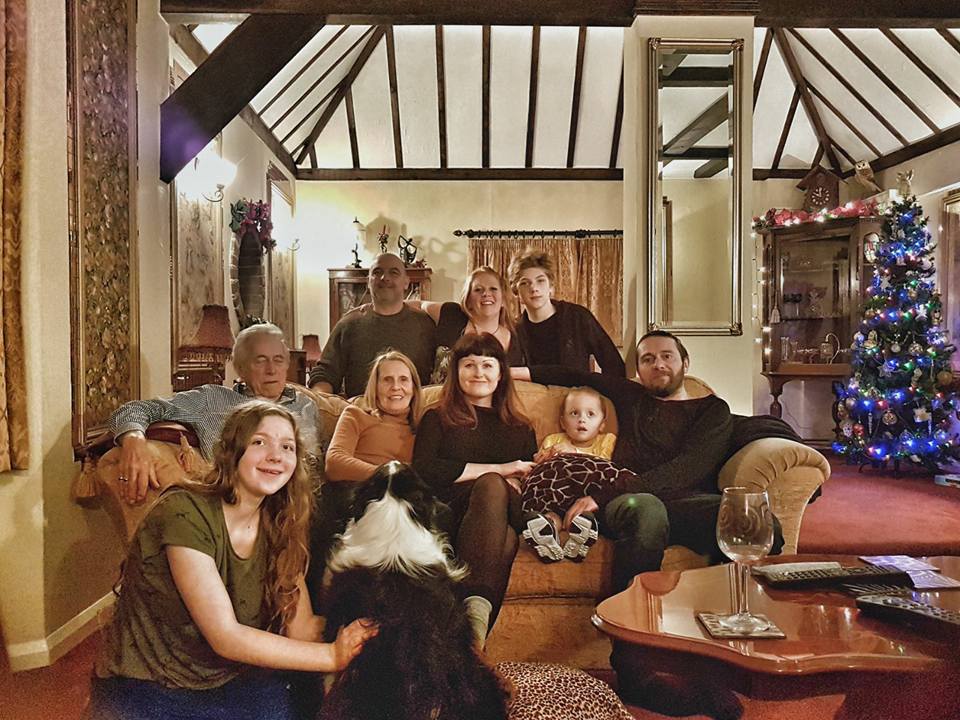 It has been fantastic, we all feel very topped up on family, friends and all that the south of England has to offer.

We have also really missed Rum. We’ve missed the croft, the way of life, our friends, the views, the calm. It has been fantastic to utterly immerse ourselves back in this way of life, to revisit our old haunts, catch up with the things we have missed. It means we have had a really good taste of the contrast of our old lives to our current life which is what we really wanted to experience once more to help us make decisions about what happens next. We needed perspective; time away from Rum and a reminder of what life would be like somewhere less extreme in some ways and far more extreme in others. It’s been a perfect snapshot for us of mainland life – filled with opportunities, people, busyness, all of the things you can imagine accessing at pretty much whatever time you want them. It was also a really good reminder of the cost of these things – in terms of time, money and commitment from us. It’s been both a fantastic six weeks of soul filling time with family and friends and a research project, gathering information and experiences to squirrel away and bring back out in the coming weeks as we start to consider our next options.

Which is the next step in our adventure – a period of consideration and contemplation. As soon as we arrive in the very special place we have chosen to do that and settled in I will share some more details of what that might look like. For now though we are on a different edge of the mainland to the south coast one we have been inhabiting for the last few weeks, poised ready to head off once more.

One thought on “Six weeks in Somerset and Sussex”