We’ve had the sheep here on Croft 3 for over three months now and given our initial concern was merely getting them here and keeping them alive I think we can update on progress so far. 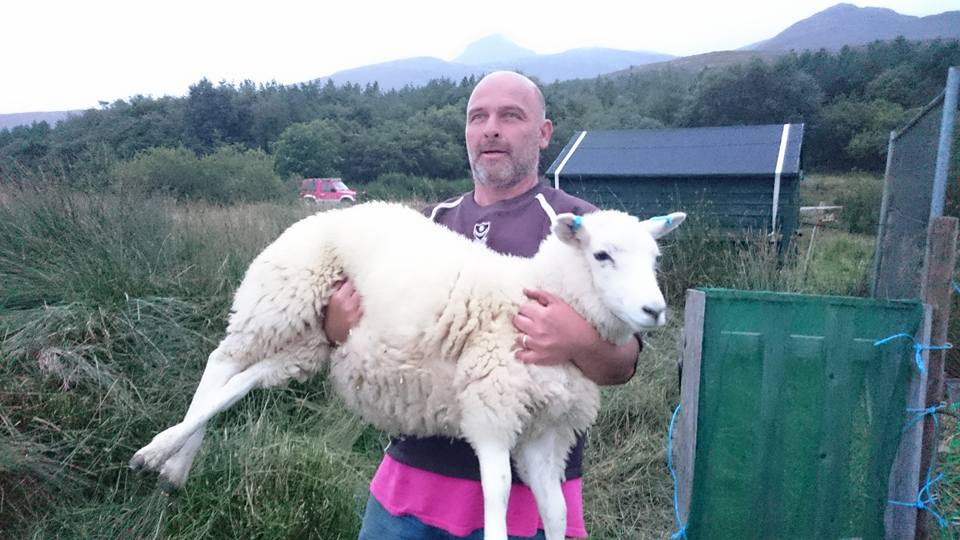 We started them off in a pen just inside the croft. The rationale for this was very simple; we were fairly confident we could tow the trailer they came in to the foot of the croft so that’s the area we penned for them. It also meant we could use two sides of the croft boundary fence for their pen and make use of the kids bike shed as their shelter. Finally we need to get them used to people generally and us specifically as sheep are pretty skittish creatures in the main. Having them there meant they were walked past countless times every day by us every time we came in and out of the croft, by everyone walking along the north side nature trail, visiting the Shed shop or coming to visit us.

It sort of worked although we did have to keep putting them back in to their pen when they escaped and it took a bit of re-education for both us and the sheep. I have learnt that in much the same way as pigs you can never really be confident you have stopped livestock escaping from where you want it to be, merely very strongly persuade it that it shouldn’t! With pigs the wisdom is to never chase, to always lead. With sheep there is a chance to either lead or herd with the added factor that they are as likely to follow each other than you which can work either in your favour or utterly against you…

After a month we treated them with the various doses of medicines for preventative health issues – here on Rum that is liver fluke, ticks and fly strike. By then they were getting more used to us and showing interest in sheep nuts as supplementary feed to grazing – really important for the winter months when there may be no food on the ground for them.

As the weather turned we built a pen higher up the croft hill for them, the bottom of the croft is slighly more sheltered from the wind and rain but is the wettest part of our land so for the winter we wanted them on higher, drier ground. That move was simple enough and brought them closer to the heart of the croft, within sight of the pigs, the birds and the caravan. It also brought them within tempting distance of the grassier areas infront of the caravan which we have strimmed, scythed and grazed with the geese and proved really tricky to deter them from escaping to explore further. We spent a lot of time luring and herding them back in to their pen.

We decided this week that now they come to us and happily go back into their pen at the end of each day for a final handful of sheep nuts before settling down in their shelter than we can let them out to graze on the croft. This was always one of the long term plans although we had debated the idea of mob grazing and keeping them on a small area frequently moved. We may return to this plan for targeted grazing in the spring / summer but for now they have joined the general melee of Croft 3 creatures, ambling over to say hello when we are out working on the croft and running over with everyone else when the feed bins are rattled, even if they are not yet entirely sure what to do! 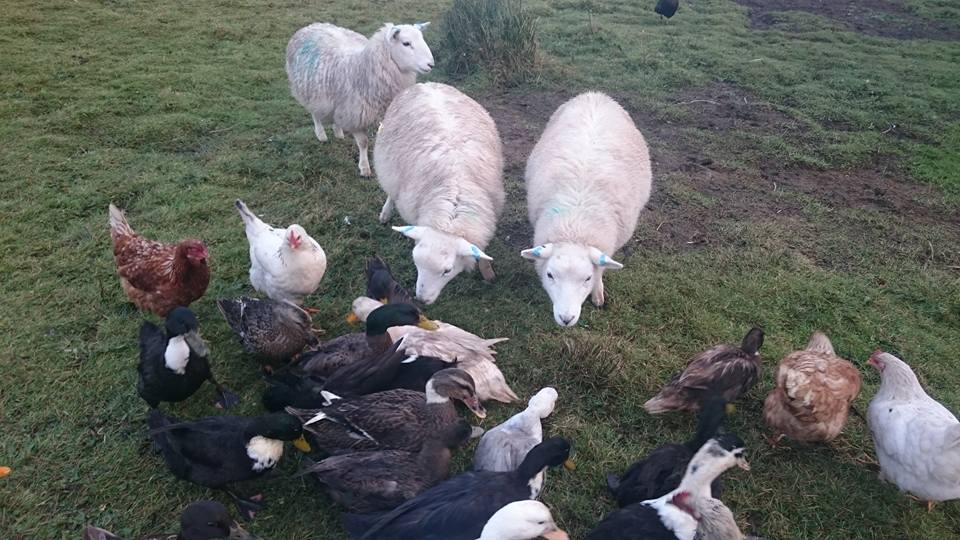