The weather has not been terribly kind. We seem to have either had high winds or midges. Our regular ferry is on it’s annual two weeks off so we have a sort of pot luck timetable running with a small boat sticking to the regular times for foot passengers and a larger one chugging around for vehicles and freight movement. The small one is more liable to disruption from bad weather than our usual ferry though so we have had cancelled boats, missed deliveries and supplies like milk, fresh fruit and vegetables have been in short supply.

Meanwhile on the croft we have celebrated an anniversary (17 years married for Ady and I), a birthday (16 years old for Davies) and had a visit from my parents. Mum & Dad brought with them a gift for us of a new car, suitable for our rather more regular than before trips to the mainland. It is a very compact little car, ideal for the very limited mileage we do, cheap to run and maintain. We are massively grateful and I’m really looking forward to zipping about in it next month when we are next off the island. 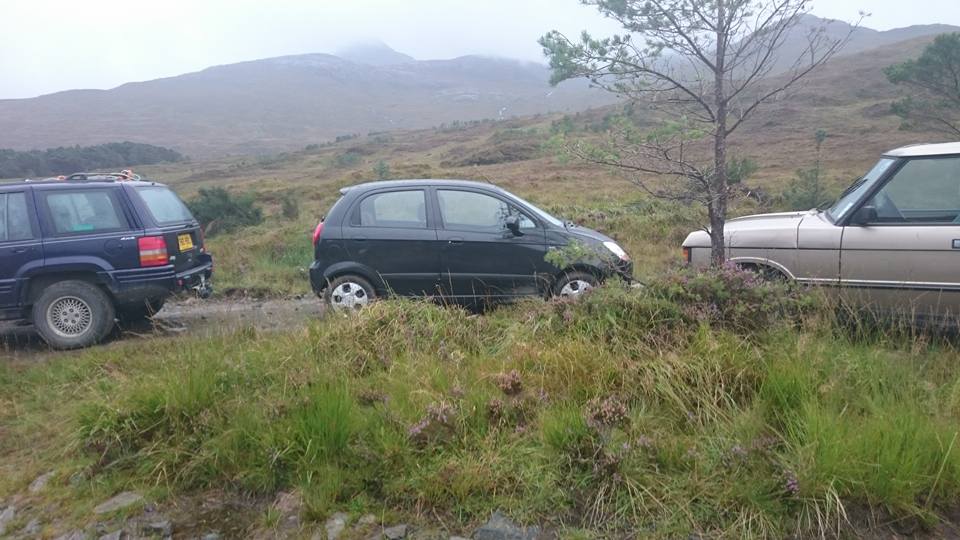 The sheep have settled in well, they are getting calmer and more used to us each day and we will be working on getting them used to eating sheep nuts alongside grazing over the next few weeks, getting them used to handling and ready for the regular dosing of various treatments to protect them from all the Rum nasties of fluke, ticks and blowfly. We thought we were done with new additions for this year but the surprise discovery of a broody chicken one day followed by her appearing at feed time with five newly hatched chicks the day after means one of the release pens has been re-erected to keep them all safe while they grow.

The high winds demonstrated to me that the cloches I proudly made and installed over the strawberry beds were not as Rum proof as they needed to be with two of the seven flying off and breaking. Mending the broken bits and re-enforcing the rest is on the job list for the week ahead.

It has been an amazing year for brambles, they are hanging heavy on branches all over the island but the rubbish weather has prevented as much picking as I would have liked. Then I ran out of jars in a Nic-failed-to-keep-up-with-herself error of ordering (this was after I ran out of sugar!). Orders of both jam and sugar are expected next week – random deliveries permitting and I have brambles in the freezer ready to get jamming with and grand plans to catch up with myself again on the picking front too. We’re already at well over 130 jars made though, with four new flavour additions so doing well. 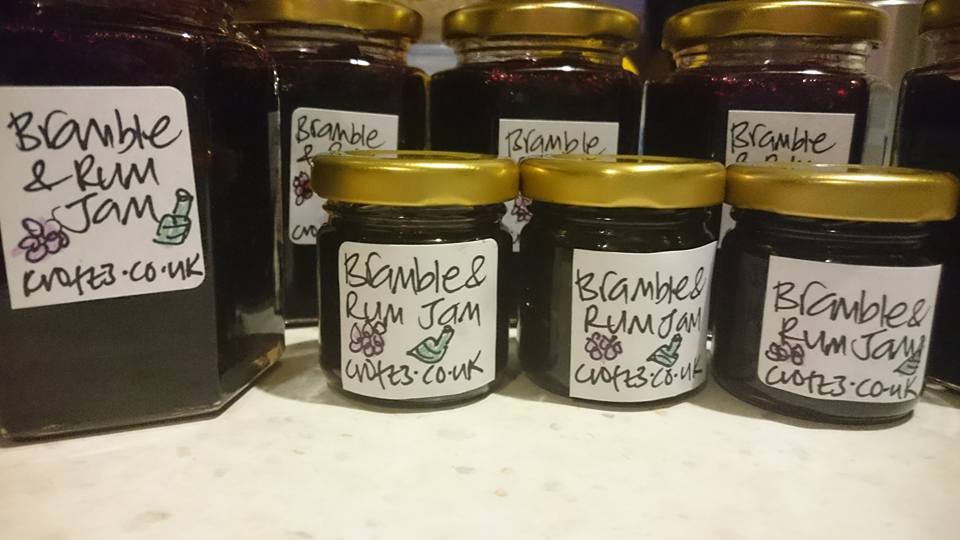 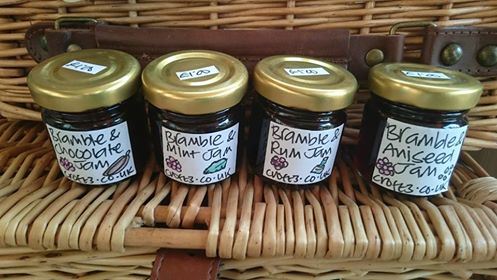 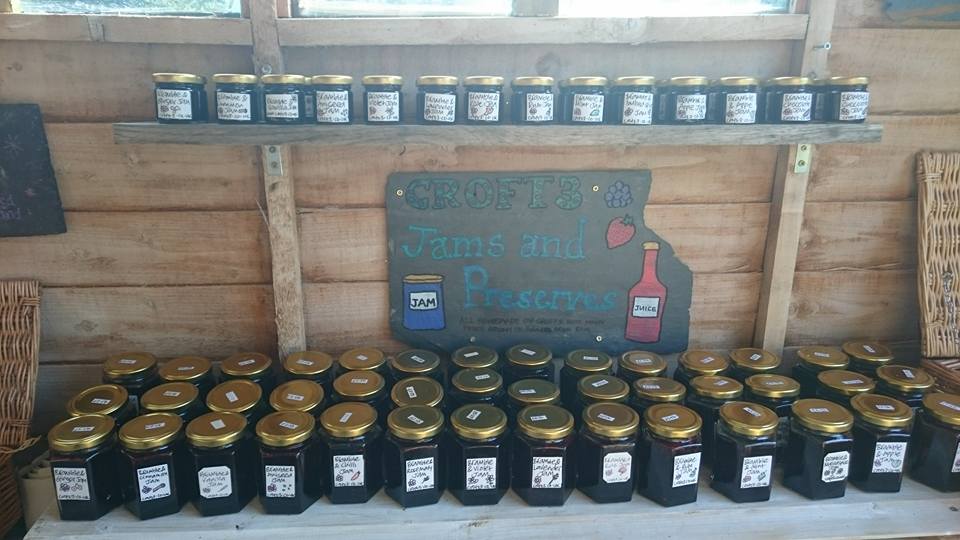 We’ve added a new shelf in the shed to accommodate the new wee sampler jars and have already had a few sales. A mail order jam sale and a commission for a batch of crochet midges ready for Christmas means the season continues well past the decent weather.

More bags are on sale – a pink vision already in the shop and a silver and grey number almost ready to go. 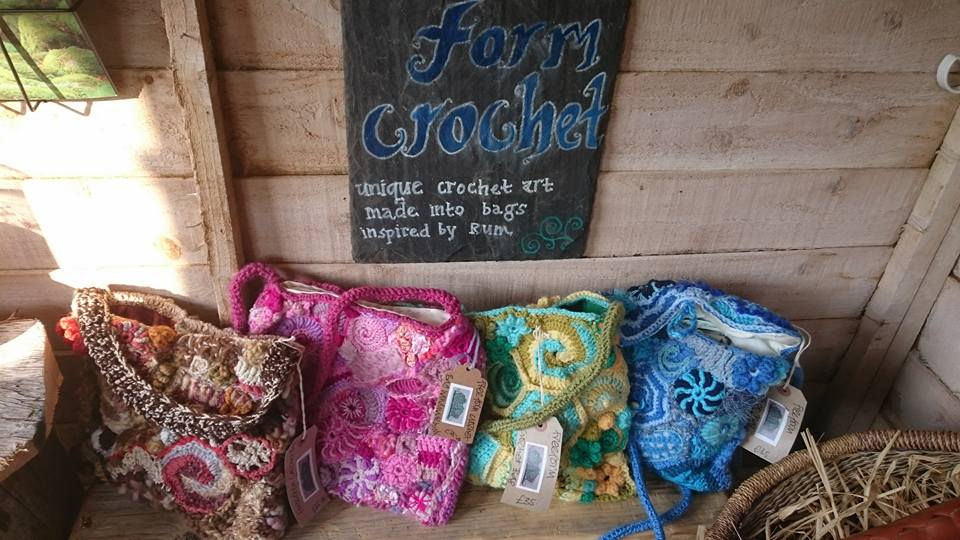 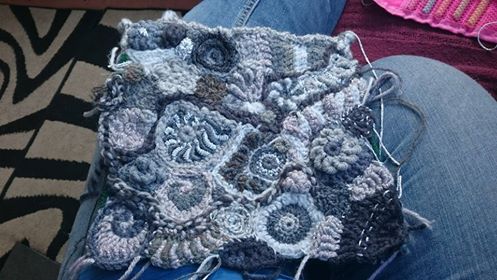 Ady and I spent yesterday afternoon processing a large stag – our freezer is now filled with venison steaks, diced meat for stews and pies, a couple of roasting joints and a huge amount of meat ready for mincing and turning into sausages and burgers when we have time.