Well the most westerly croft on Rum anyway!

It is the time of year that not a lot seems to be happening outside generally. Well not stuff of note anyway. Ady and I did some fruit bush pruning. The redcurrants and whitecurrants and some of the raspberries. The blackcurrants still looked like they were considering not being entirely died back so we’ve left them for another week or two. The polytunnel is all cleared out for the season and Ady has put the mini greenhouses inside there too. Our strawberry beds will get a covering of fleece in the next few weeks prior to the frosts and we will invest in better quality polythene coverings for the hoops over them next spring as the design worked well but the cheap plastic we bought was not up to the job of withstanding Rum winds. Glass would be preferable both in terms of cutting down on plastic use and in terms of longevity but unless we can repurpose something already here on the island that is not entirely practical.

We released the chickens from the raised bed area as the egg laying season is over. They are now freeranging the croft with the geese, turkeys and sheep. We have kept the ducks in the fruit cage though as they seem pretty happy in there and are doing a a good job of keeping the area largely bug free.

Along with clearing ditches and a bit of path maintenance the autumn jobs outside will also include finishing off that pruning, gathering seaweed to cover all the raised beds with a mulch over winter and we are expecting a delivery of 500 trees next month to be planted on the croft. This time we are planting up an area at the very bottom of the croft in an effort to help dry out a wet corner and create a long term mini woodland patch there. 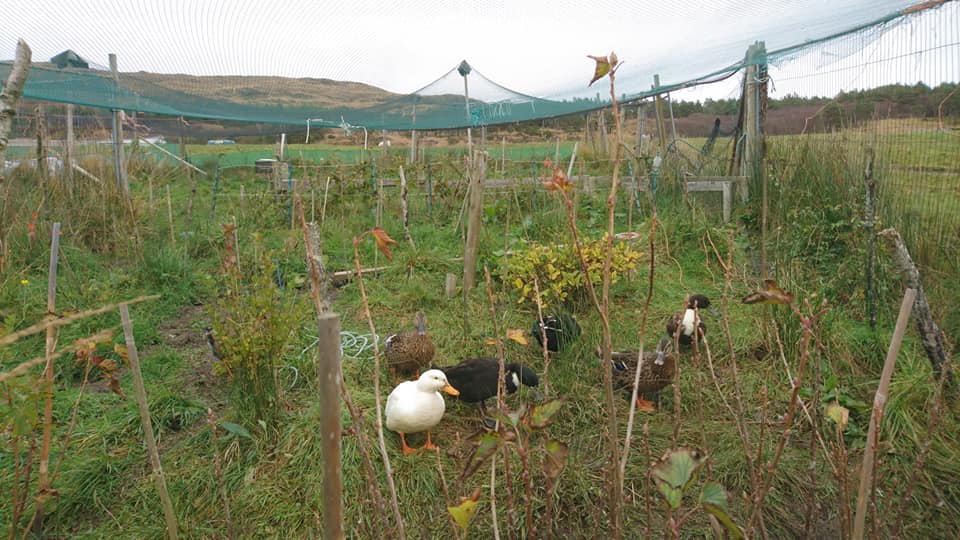 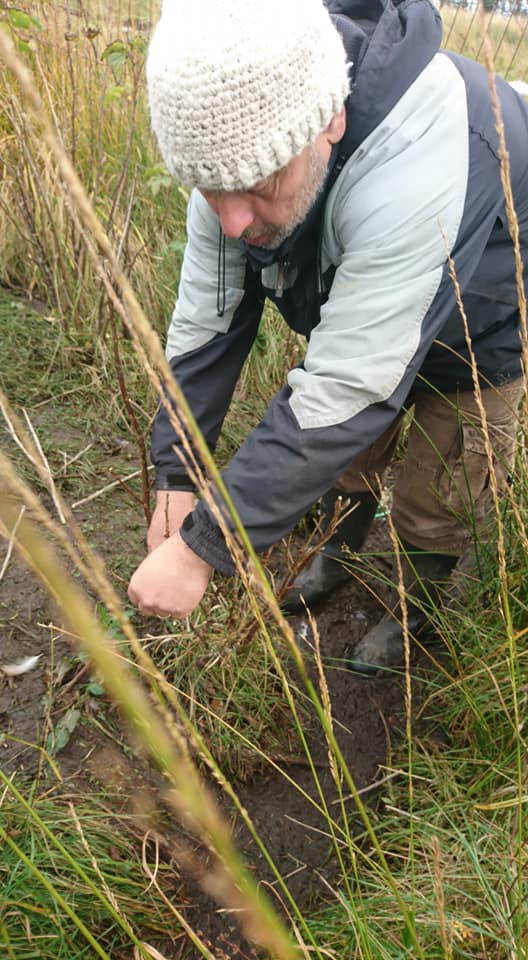 Ady’s knee injury has kept him out of action in any off-the-croft work which he finds tough as he struggles with being indoors and not active. He has been doing firewood runs daily though and finding small projects to keep himself busy. These have included some tweaks to our power set up including new digital readers for the power on our batteries, some work repairing the caravan roof which is getting tired and starting to suffer the effects of going into it’s seventh winter on Rum with heavy rain and high winds. Talking of wind our turbine sustained some damage this week during a night of wind speeds which were higher than the forecast had us expecting, so some interim repairs have been done with a plan hatched by Ady and I to create one new super turbine from the bastardized component parts of two broken ones. We are awaiting delivery of a tap and die set to carry out this Frankinstein-esque operation – more details to follow once we are working on it. 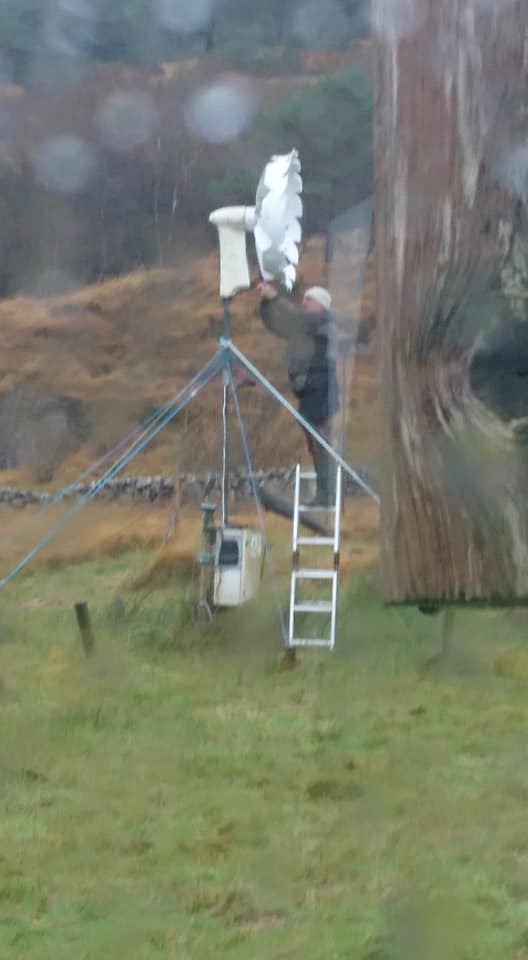 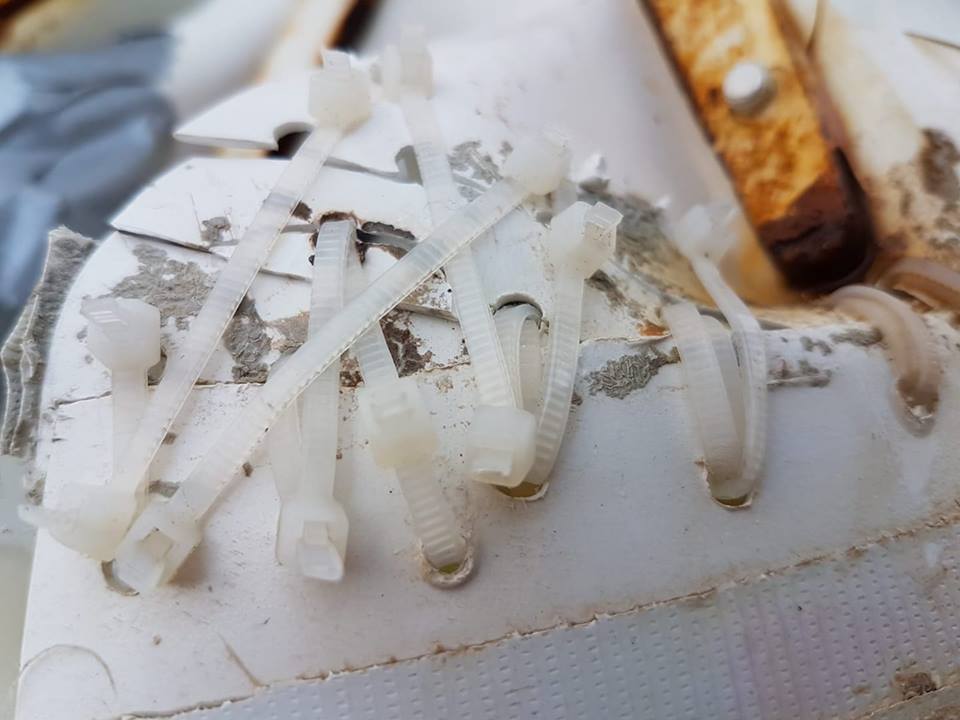 I’ve been getting on with some crafty bits during enforced indoorsyness. I made santa hats for various cuddly crochet creatures that we sell in the shed such as our midges and cows and eagles…. 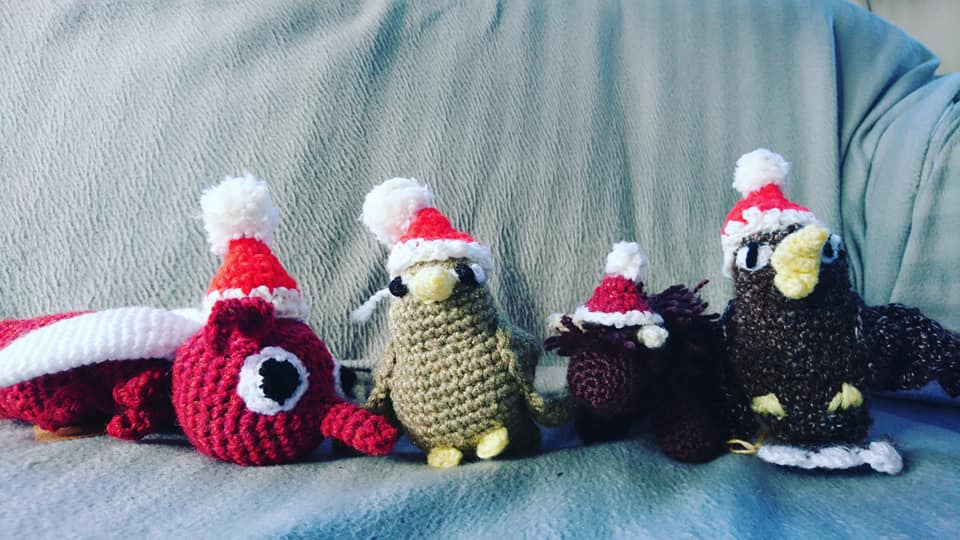 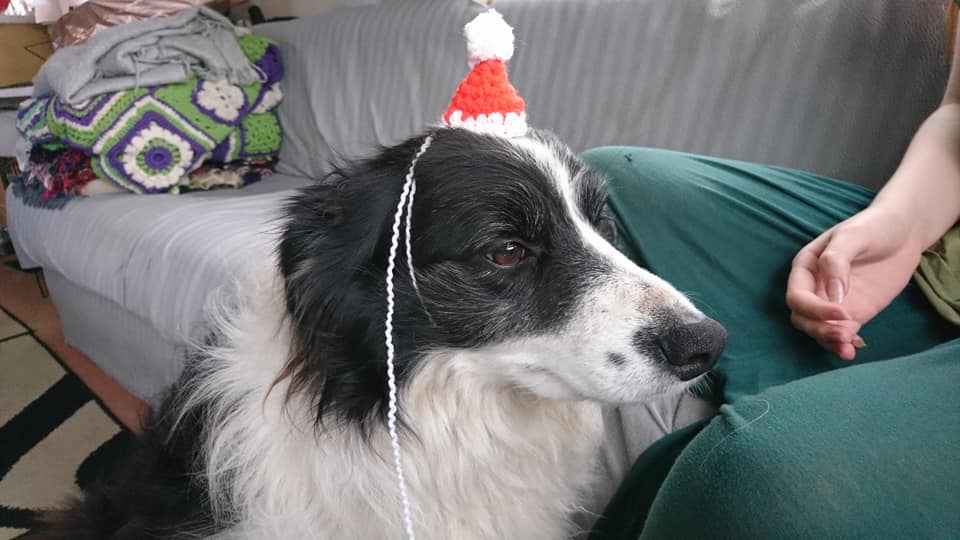 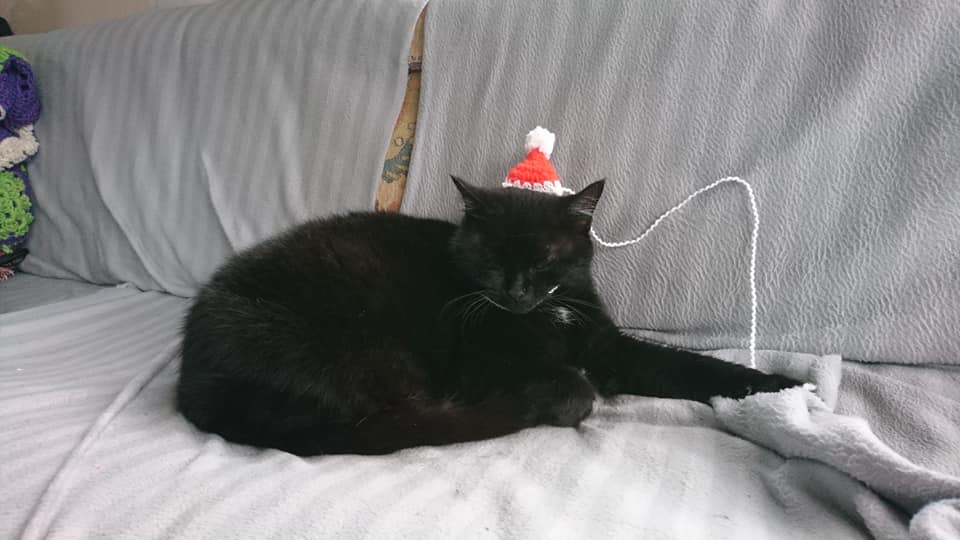 I made some sparky midges, perfect for hanging on a Christmas tree… 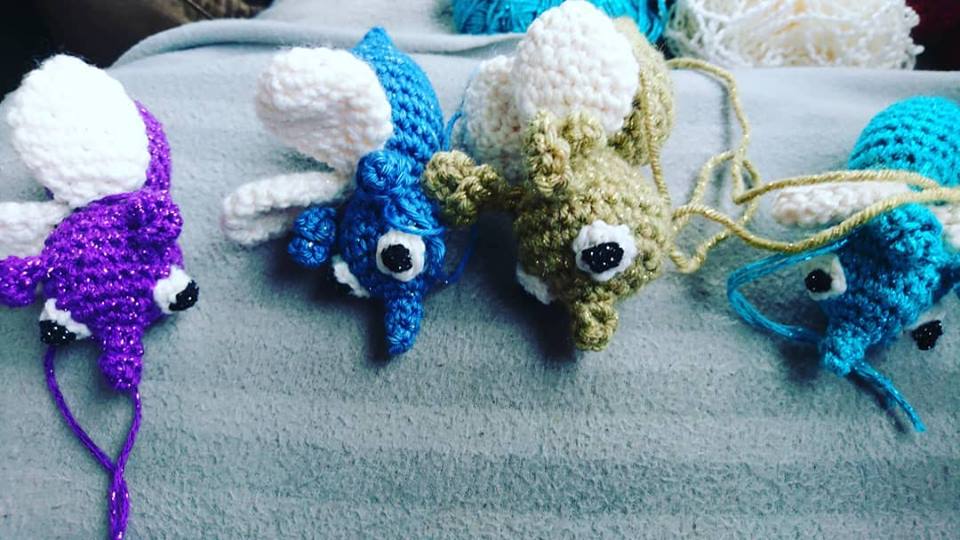 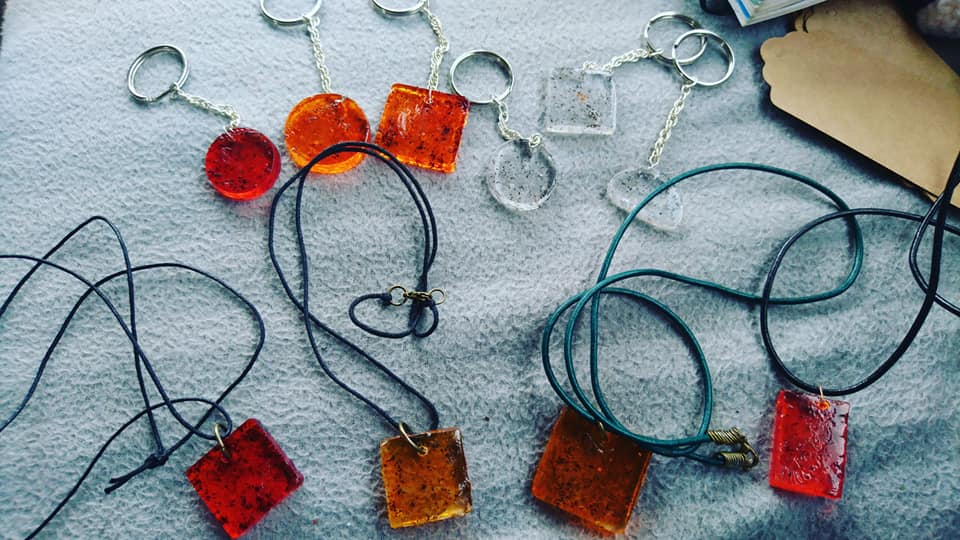 While we were in the festive mood we also made our Christmas cake, a little earlier than we usually do it but based on the fact it will sit and be regularly doused with brandy for the coming weeks until it is wrapped up in marzipan and icing we felt extra time to do that would only be a good thing! As usual we all had a turn at stirring and making wishes… 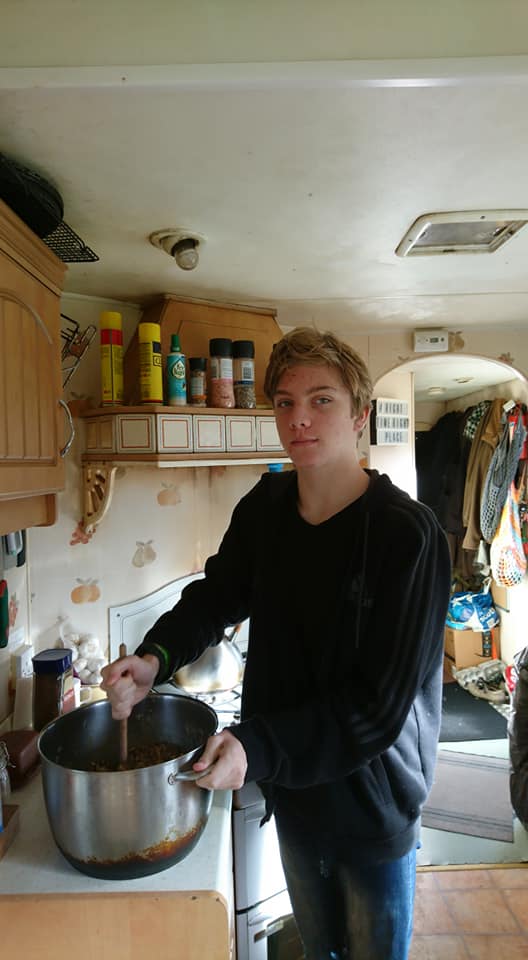 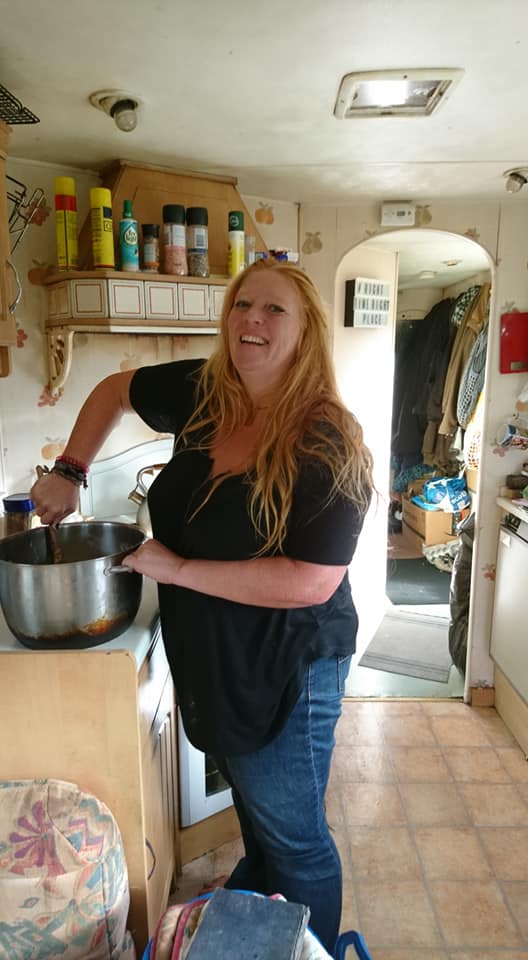 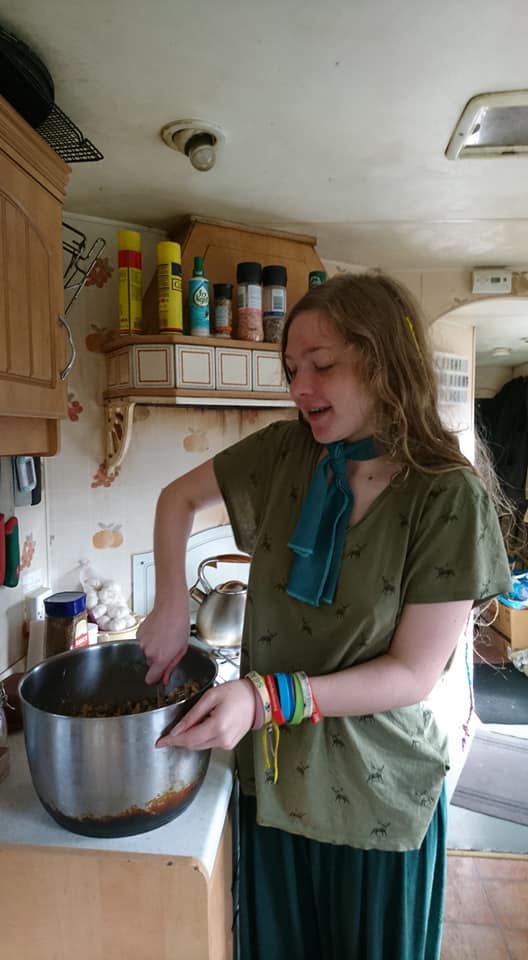 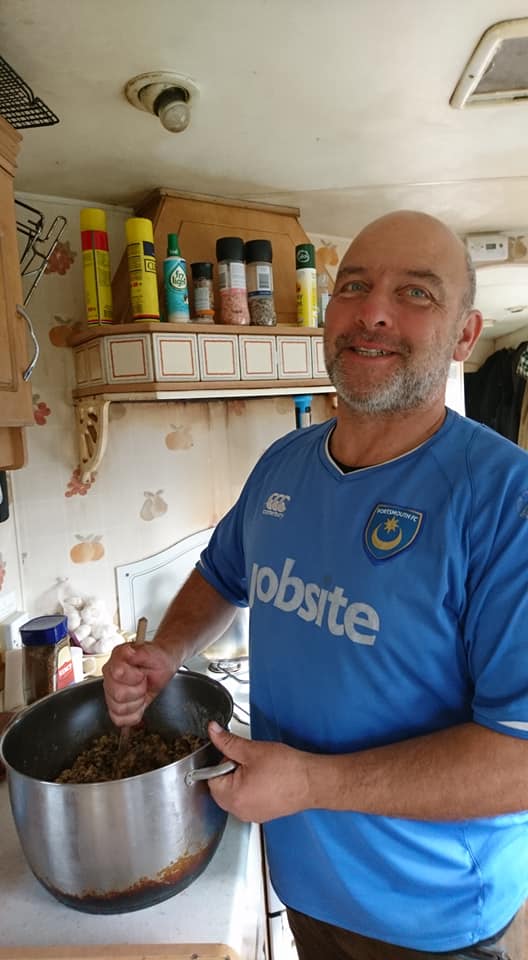 I love looking back at the photos of us doing this over the years and seeing how we have all aged / grown / changed.

Davies is well into the first chunk of his studying and is enjoying the new material, the challenges of the assessments and the interesting ideas and conversations of the subject matter which often get talked about between all four of us.

Scarlett has been spending a few hours on the beach most days for the last few weeks collecting up litter, mostly plastic. She has collected several bags worth which is a both a fantastic thing to have done in terms of stopping it making it’s way into the ocean or blowing inland and creating hazards for wildlife on land or sea, but also very sad even on our tiny remote and largely clean beaches that such high levels of litter exist.

We had a very lovely wildlife encounter the other evening when late at night a strange sound had me looking out of the window and spotting two pairs of eyes shining in my torch beam, so I got Scarlett up and we crept out on to the decking to watch a deer hind and her calf just a few feet away from us. 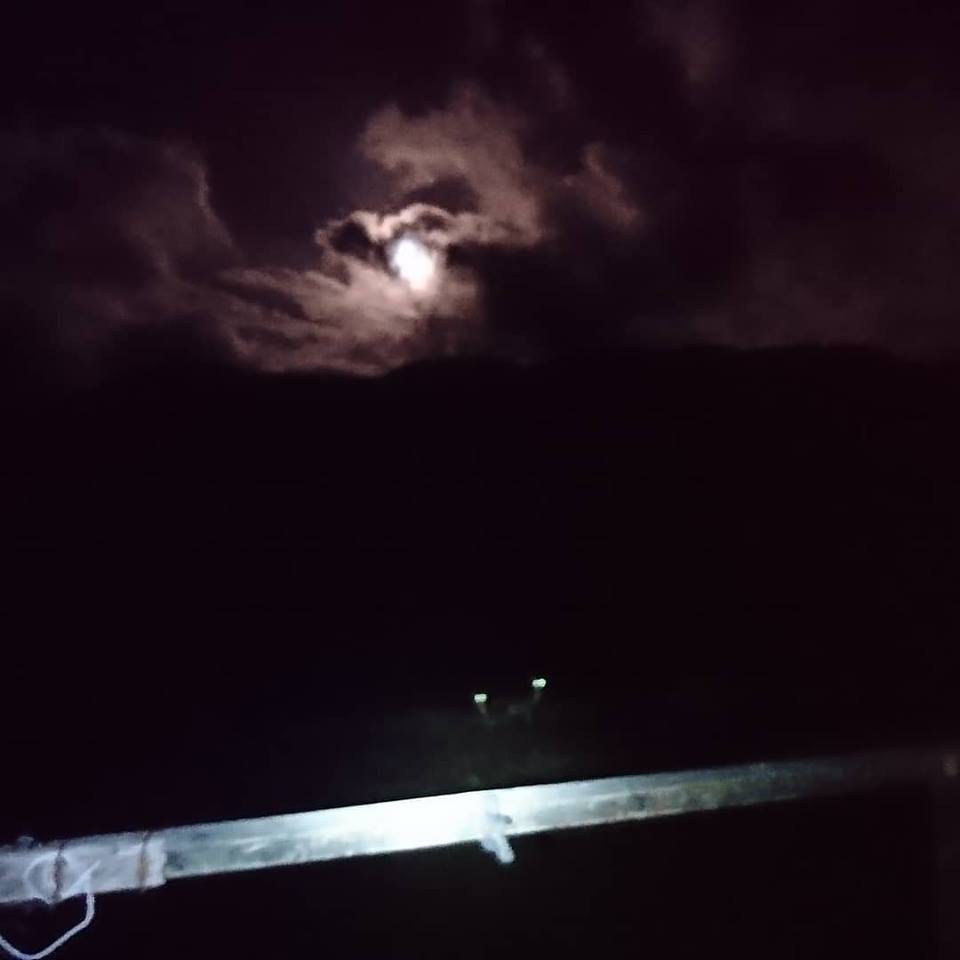 I’ve been heading up my hill as regularly as feasible with the poor weather and enjoying watching the changes in the colours of the trees, hills and skies as the season changes. This morning was a beautiful walk to the village inbetween rain showers with raindrops balanced atop grasses, trees and spiders webs. 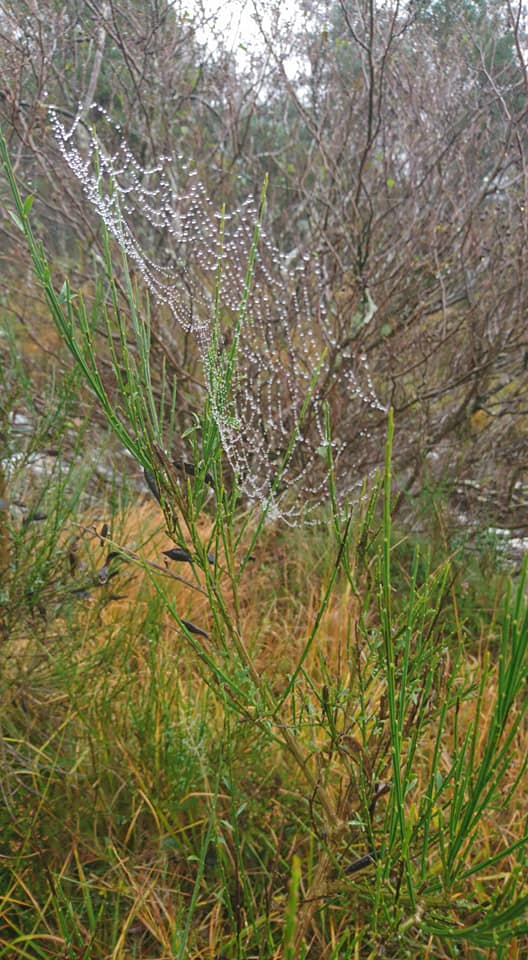 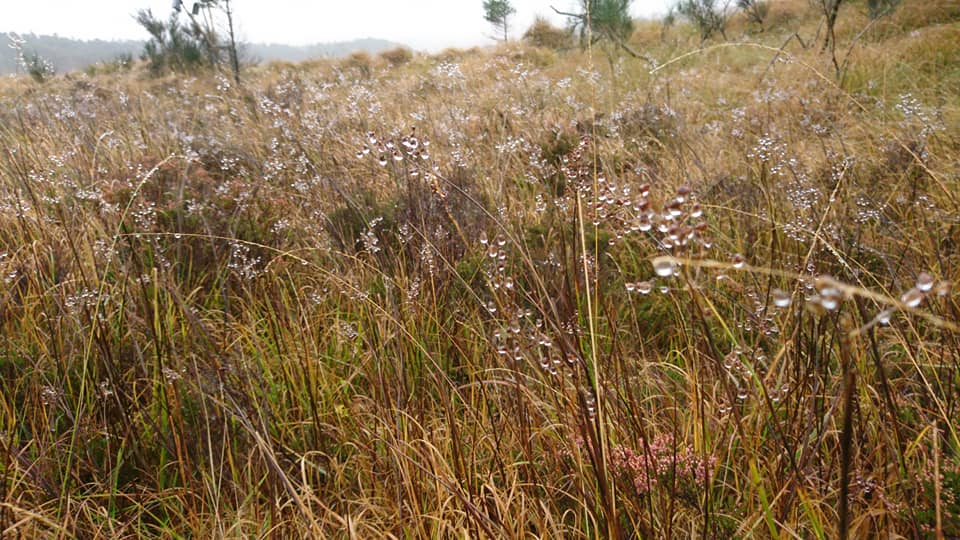 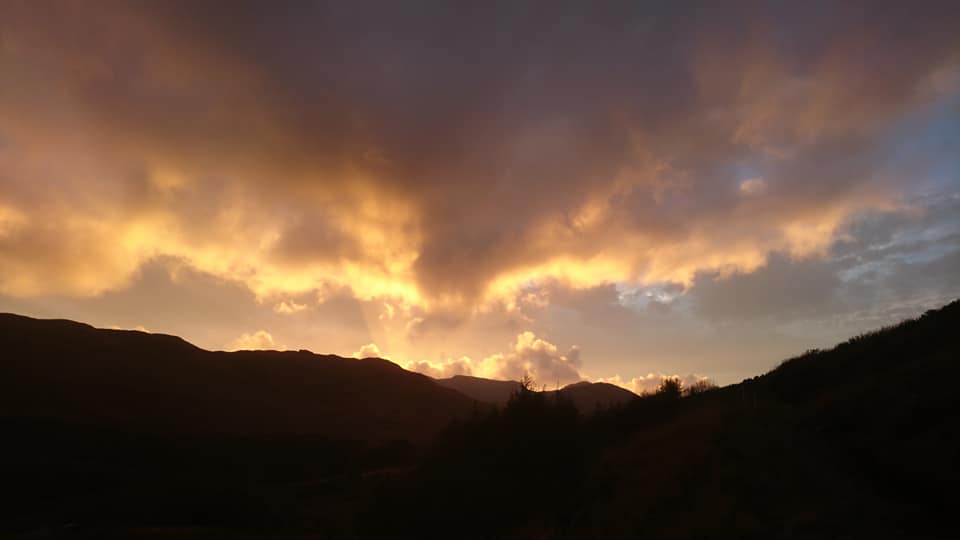 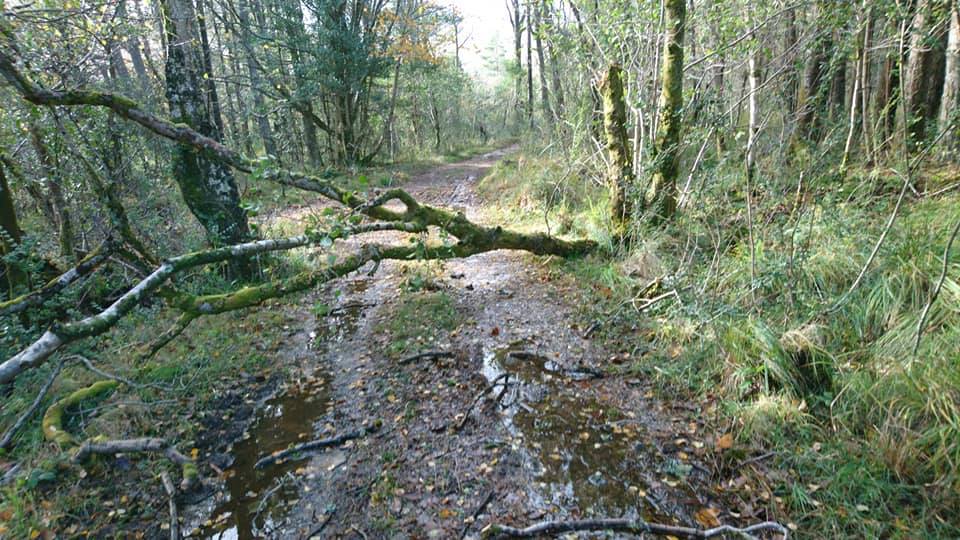 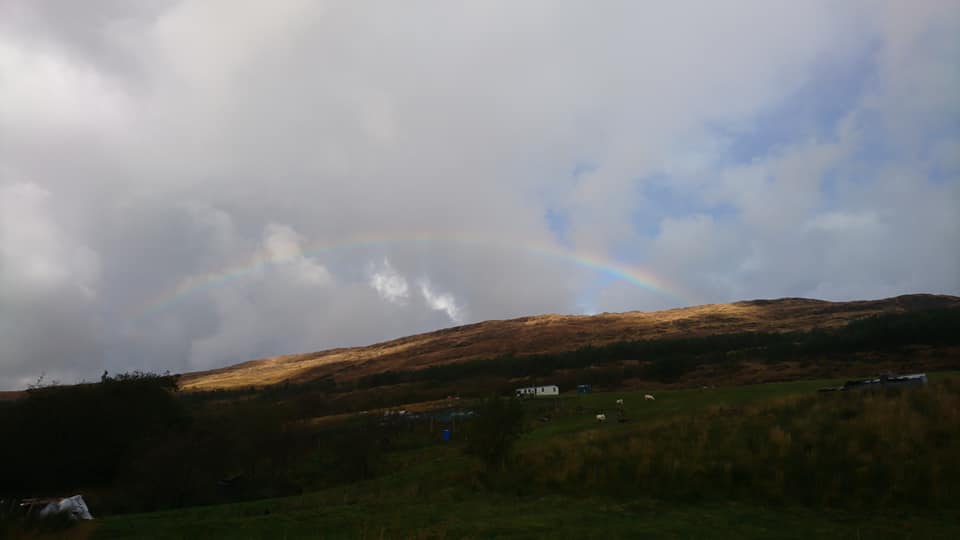 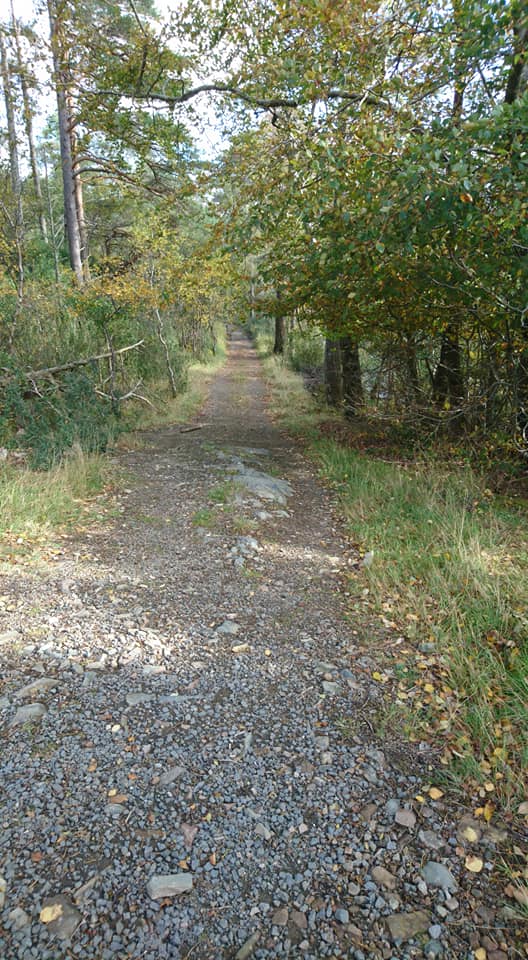 Our ferry timetable has changed from summer to winter so we get fewer ferries each week. The final Saturday evening ferry of the year came in at 730pm last weekend and we could see it all lit up from the croft as it came into the pier. Seeing a ferry in the dark is always a real landmark moment of the turning of the year.