Or so it has felt lately. I have been on the Calmac ferry for the last four Wednesdays in a row!

When we first moved here to Rum we had the idea that we would seldom if ever go off – the effort of organising animal sitters, the cost of going off, the stress of being away all felt huge. We had decided that we had moved here and here we would stay and that we needed to find all our needs met here otherwise this was not the right place for us. I confess to observing fellow islanders who frequently headed off the island and feeling they had it all wrong, a foot in both camps and a heart in neither bridged between island life and the mainland.

I am still inclined to feel that frequent trips off Rum don’t really work for us. It remains stressful and expensive (despite lower ferry costs) and tricksy to organise. There is always, always a price to pay for having been away no matter how wonderful a job croft sitters or friends do of feeding the animals and keeping an eye on things. The fact always remains that no one is as good at being you as you and in your absence not everything will get done or happen as it would when you are here.

All that said we’ve been off again! We had a birthday party to attend – friends that Davies and Scarlett were the bridge to making last year but have become firm family friends were celebrating a significant birthday and we were invited along to the party. It was a great weekend with loads of socialising, singing, eating, drinking, laughter and chatting. Plenty of making new friends and enjoying part of a big group. We had a fabulous time. 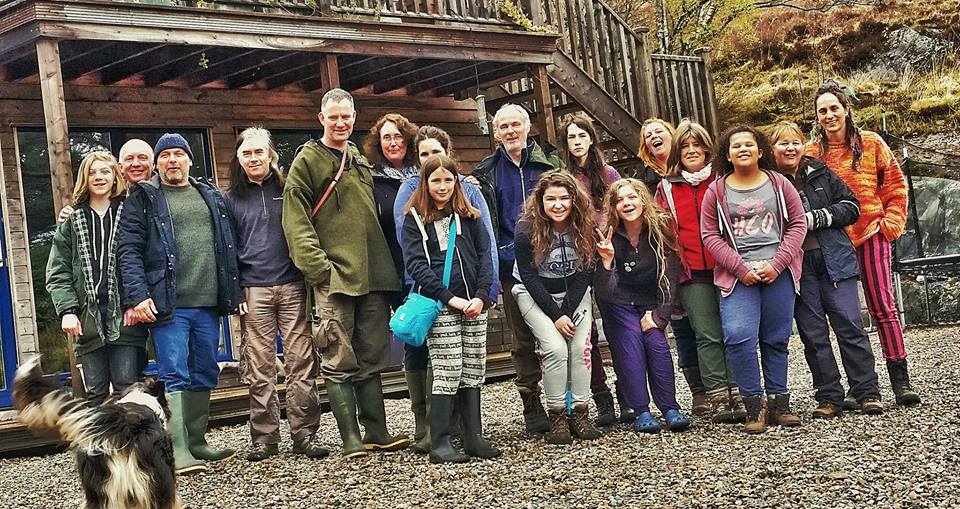 We had planned to be off for just a couple of nights but Ady had a hospital (routine, check up) appointment come through which we were able to rearrange to tack on to the end of our trip off so we stayed off a little longer. For the extra nights we headed south a tiny bit to stay at our favourite camping pods on a little farm that we stayed at the night before we moved to Rum. Four years ago, different people right on the very cusp of a whole new adventure, complete with our shiny red 4×4, a horse box loaded up with almost everything we owned and a tiny just collected from the breeder collie puppy Bonnie. The woman who owns the farm and camping pods just so happens to have a son who lives in the same road as my parents back in Sussex so despite this only being the second time we’ve managed to go back to stay there it feels like visiting an old friend. It was lovely to see her again and catch up on each others news of the last few years and a place filled with nostalgia and memories that very much feels like part of our journey. I read our entry in her visitor book from that first visit and it really made me smile remembering us then.

We made the most of the extended time off as the hospital appointment was very brief despite meaning an additional two nights off Rum and drove down to Oban for the day. This allowed for supermarket shopping and a cinema trip, a real treat! We watched Jungle Book in the tiny 20 seat screening room and thoroughly enjoyed the whole experience. 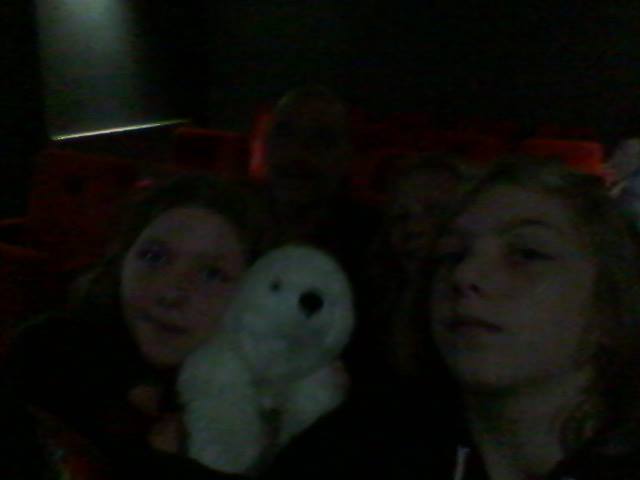 An early start to get back to Mallaig with everything crossed that the boat would run as it was very windy. It did but just one call to Rum so we considered ourselves fortunate to get home and had already provisionally booked extra nights accommodation just in case.

Since being home we have discovered not only flowers but shed petals and forming fruit on the strawberries, countless tiny currants starting on the fruit bushes, loads more germinated seeds in the polytunnel and the emergency lighting propagators and most excitingly of all the first newly hatched chicks of the year. 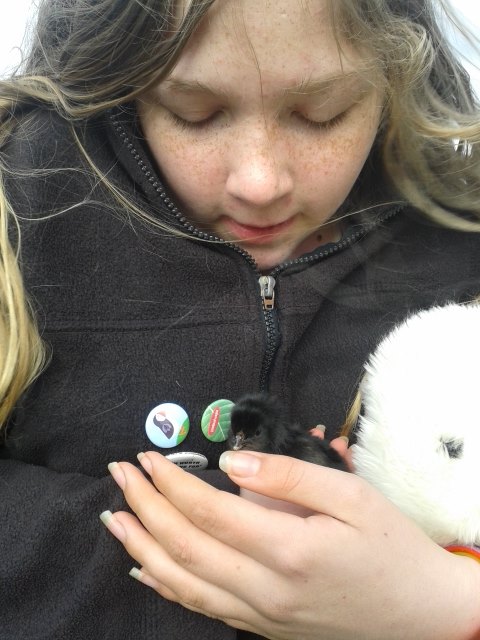 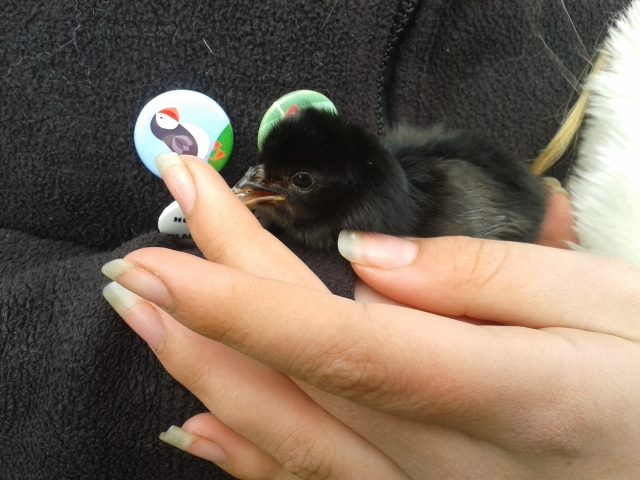 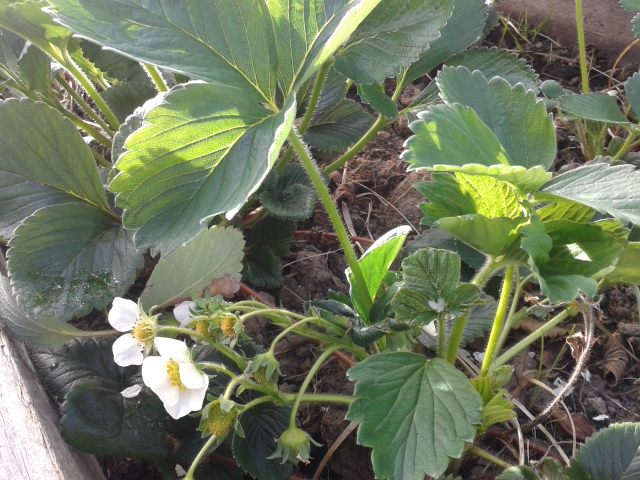 The heady combination of all of these new signs of life and progress and success along with having talked to so many people these last few days about our adventures, hopes, dreams and ideas and quite why we are doing things rather differently to most people has all helped with reaffirming and reigniting the passion. Every spring I say I have fallen in love with Rum all over again and every spring it proves to be true.