As in we are having days of needing suncream and midge spray closely followed by days of needing coats and even having the fire lit of an evening. Rum is forever consistent in her inconsistency!

On the sunny days – of which there have thankfully been a fair few we have been outside making the most of the summer, harvesting blackcurrants and (what will probably be the last of this years) strawberries, thinning the strawberries of runners and then building a brand new strawberry cage. Using entirely recycled materials we covered a patch of ground with black matting, constructed a cage around it complete with door and planted out around 50 of the runners and baby plants I had thinned from existing beds. There is room for another 25 or so which I plan to fill with more runners from another thriving bed. Strawberries are an amazing crop for here, doing well on our poor soil and loving the long hours of daylight. 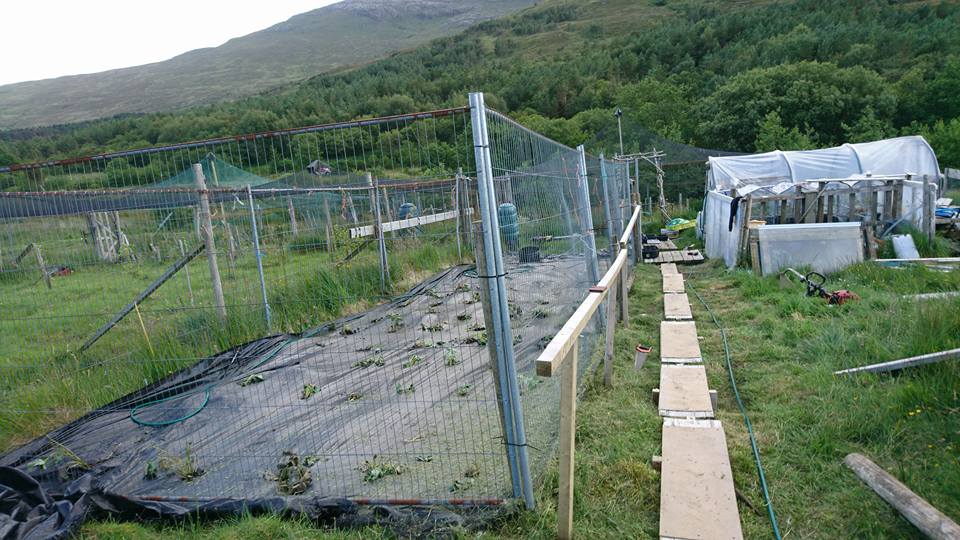 I’ve been weeding, as my foray into the no-dig method of growing took the classic beginners error of insufficiently deep mulch. I’m learning loads this year about growing and have been delighted to realise that the croft soil which I previously considered not really worth growing directly into is actually fine for some crops and the improved soil where the pigs have been is really quite fertile and with a bit of work is far more of a resource that I had thought. Certainly the artichokes are thriving in it and the fruit trees and bushes are finally starting to do well, the mulched beds (albeit not mulched enough) are proving just fine, particularly when topped up with seaweed and my comfrey feed.

On the days when it has not been very July-like we’ve been busy indoors whipping up new crafts aplenty and restocking the shed. I’ve made more quills from various goose and turkey feathers, finally worked the stamped plates into keyrings and pendants, made a few more dreamcatchers from croft 3 willow and feathers and pretty twirls of beads and yarn. I’ve been fiddling with wire and beads and made a line of midge badges and hairslides and having stumbled upon a nail varnish and wire flowers craft idea on the internet while looking for something else I had a go at making little wire midges with colourful nail varnish wings. Not entirely worth the fiddly-ness but I have already sold one so I may revisit that idea again. 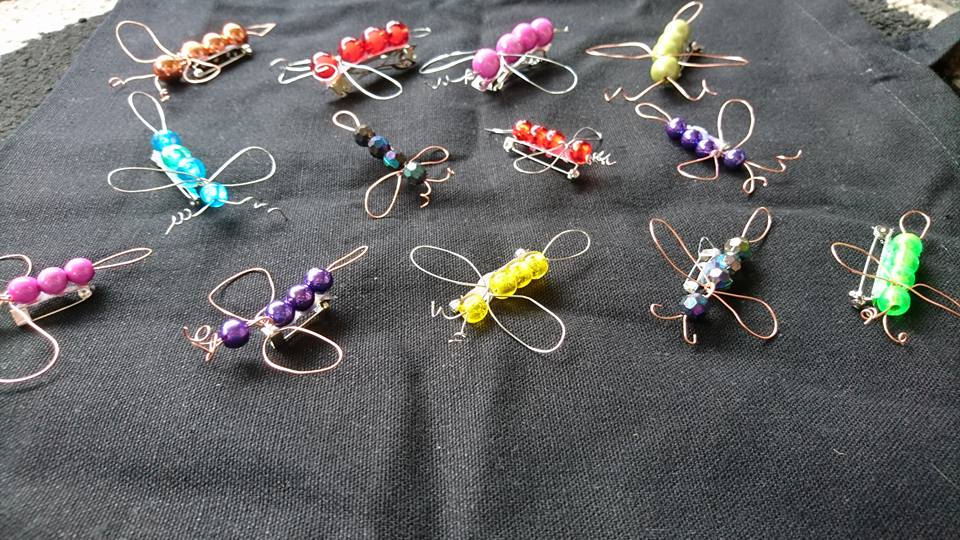 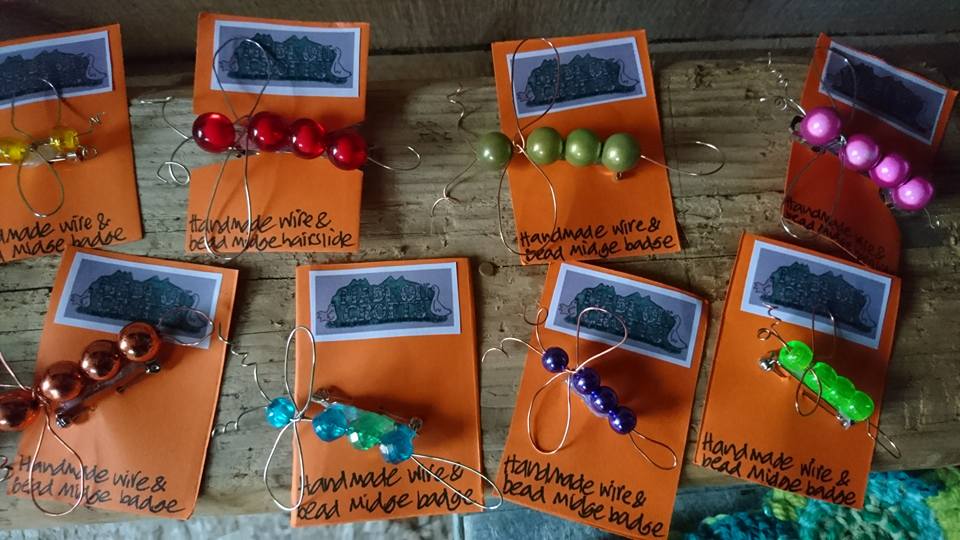 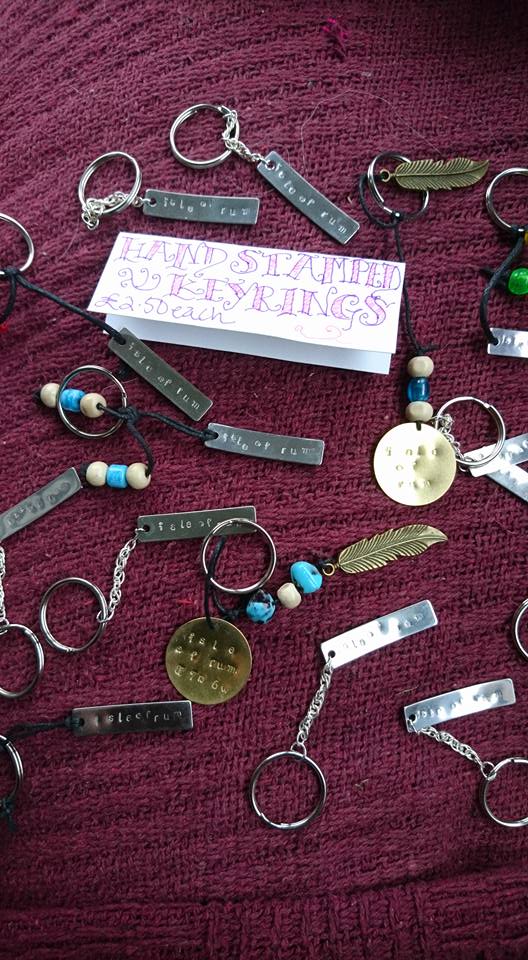 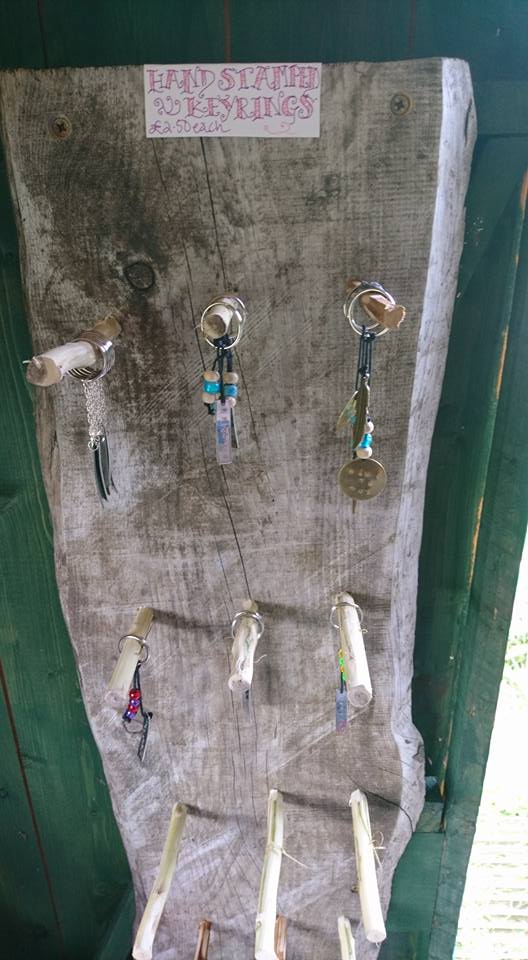 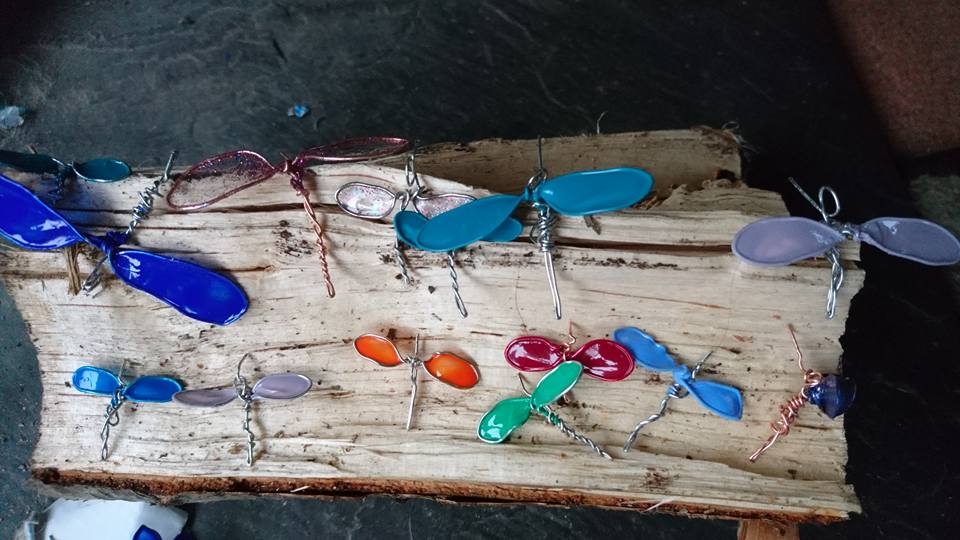