A slow start to my week due to catching a cold from Scarlett who caught it from a visiting friend. Colds were such a regular part of life for us back in our old lives. Small children, lots of socialising and going to group activities coupled with working at the local library meant almost constant exposure to germs and consequently it often felt like one of the four of us more or less always had a cold. During our year of WWOOFing we escaped altogether and since moving to Rum it seems we only ever catch a cold when people come to visit. The opposite of our old lives with very limited exposure to germs means we are pretty susceptible to catching colds when people bring them to the island. In our first year here I failed to take that as seriously as I should have done and a common cold escalated into a pretty serious chest infection requiring lots of medication, a nebuliser (fairly tricky when you live off grid – we were putting the generator on for 15 minutes every 2 hours so I could manage that) and a precautionary stash of inhalers kept ever since. What it means is that these days I take colds quite seriously and rather than soldiering on I rest lots, drink lots of liquids, get lots of sleep and eat lots of decent food. Bad for productivity generally on the croft, good for getting back on my feet quickly and catching up on sedentary tasks.

Such as jam making – last weeks first harvest of currants which we froze was defrosted and added to this weeks larger harvest which altogether was sufficient for three jars of jam. 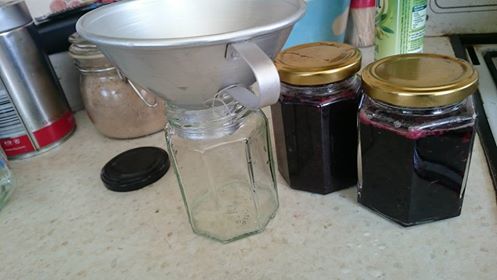 Too precious to sell, these will only get as far as our own cupboard but after four years it’s really exciting to finally be getting a crop of some sort off the currant bushes. We’ve been picking raspberries too, not enough to do any more than squabble over them between ourselves but again very exciting – and delicious.

I’ve also been getting busy with the hook and been working on making a freeform crochet bag. It’s a whole new idea to me but I have a couple of books and the idea of being more creative and artistic with crochet really appeals to me. I get really easily bored of things and while I am happy to spend a whole week making midges or scarves I then want to make something different next before going back to doing more of them so this is a great distraction. I’m learning new stitches and techniques and hopefully making something which might be a good addition to the stock on the shed.

What appeals most is the same as with the scarves, no two will ever be the same. So far I’ve filled in all the spaces on one side of the bag and most on the other side. I need to fill in all the gaps, work out the best sort of handle and then finish off embellishing and decorating it. 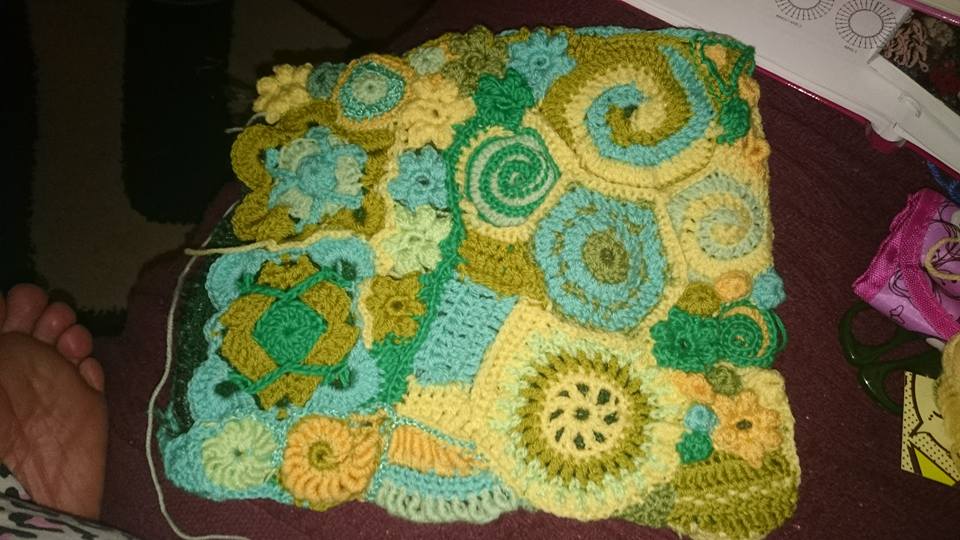 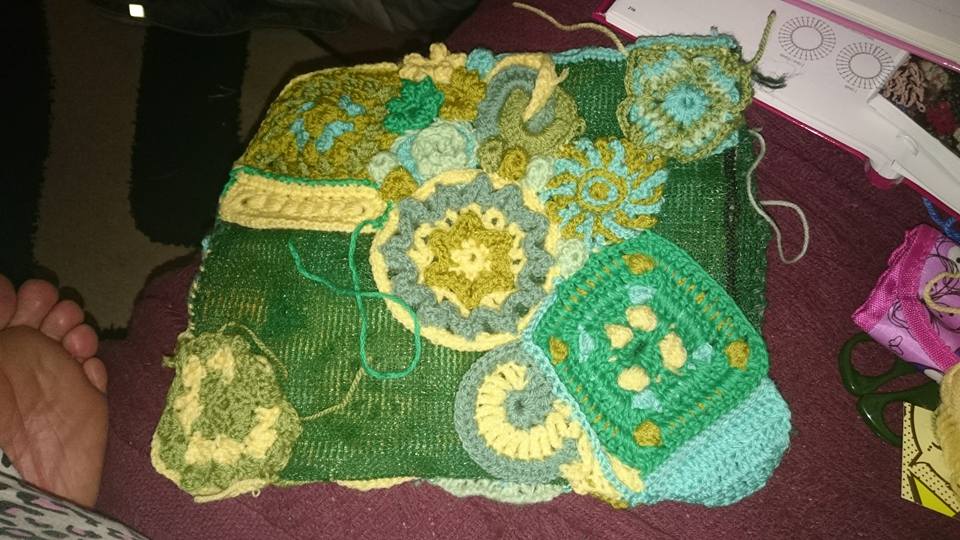 It very much meets my criteria of being fun, teaching me new things, using up stuff I already have and offering a sense of creating something nice.