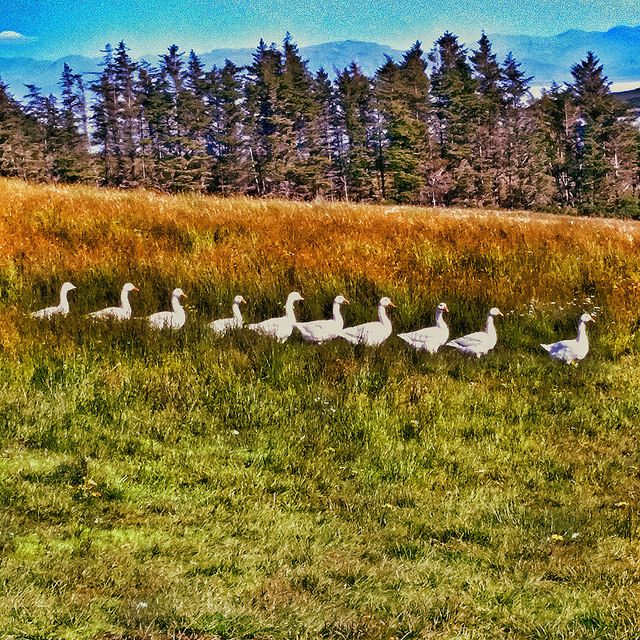 Our very first WWOOF host was an intentional community in Devon. It was an amazing place for all sorts of reasons – for the sheer extreme contrast to the life we had left behind just a few weeks before hand, for the baptism of fire that was sleeping in a tent in minus 4 degrees in an off grid community on a steep hillside using compost loos, lighting a log burner for two hours to warm sufficient water for a bath, adopting a vegan diet and the physical challenges of WWOOFing work. But the most amazing thing about that host, as was probably the case with all our hosts actually, was the people. The people there challenged all of our preconceived ideas, made us think again about how we judge people and form opinions, how others live their lives and what is really important. It was a perfect first WWOOF host and the start of a brand new chapter of our lives.

One of the people who lived there was a man in his 20s who was a passionate birder. His knowledge and love for birds was encylopedic and his passion and desire to share what he knew was something which I have always remembered nearly five years later. He wanted us to see what he saw, hear what he heard, understand what he did. I have always watched wildlife documentaries but he was the first animal behaviourist I had ever spent time with and learnt from. It was thanks to him that I know that a raven sounds like a pig, that birds have various calls and songs for all sorts of reasons – to attract a mate, to warn off other birds of the same type who may be venturing into their territory, alarm calls, or simply just singing. Despite having attended all sorts of workshops and Forest School and Bushcraft sessions with Davies and Scarlett where we’d done exercises in deers ears and owls eyes and foxes feet it was here that I had an epiphany about *really* watching and listening and being present and observing.

Over the year of travelling and WWOOFing we met plenty more folk who lived close to animals and taught us about their behaviour and we had some amazing wildlife encounters ourselves – watching otters, red deer, seeing salmon leap, our first glimpses of eagles and osprey. Since living here on Rum we have spent time with probably some of the world experts in certain creatures, living alongside research scientists gathering data and observing animals in long running research projects, sharing our island with wildlife which is regularly filmed and written about and photographed.

I now know a tiny bit about a few creatures and how they behave and the reasons for it, I can identify various animals by appearance, by call, by footprint or tracks, by flight pattern and I am so much more aware of their behaviour. I realised recently that while my wild animal knowledge has increased my observations and understanding of our own livestock is even deeper and how much we can learn from observing, understanding and interpreting animals behaviour.

Our animals here on the Croft are very much trained around feedtimes. They very quickly learn the routine of what time they are fed morning and evening and the location of the feeding, even though we tend to move the feed bins around to ensure that no one area gets too heavily used, it only takes them a day to recognise where the feed will be arriving from. They also recognise Ady and to a lesser extent me as the people who feed them. During the summer months there are regularly people walking around the croft perimeter but as soon as the birds see either Ady or I walking along they start making noise and coming towards us, on foot or on wing depending on how close to feed time and therefore how hopeful they are of getting fed. We can tell what the weather is doing or likely to do based on where the birds choose to roost – if it’s wet or windy they will find proper shelter in one of the sheds and houses dotted around the croft, if it’s midgey they will get as high up as they can in search of a breeze.

There are very few ground predators here on Rum for our birds – no foxes, no pine martens or other members of the weasel / stoat family. There are otters but we’ve never seen any come as far up the river as our croft. Rats will predate on young birds and we have lost livestock to dogs but in the main the biggest risk to our birds comes from the skies – hooded crows and ravens are regularly above the croft, we have many birds of prey here on Rum, we see hen harriers, sparrowhawks, buzzards on a semi regular basis, golden eagles and sea eagles fairly frequently and had a short eared owl last year which we are pretty sure is what took away a duckling being raised by a chicken. I am regularly alerted to the presence of an overhead visitor by the croft birds. They will fall silent and be instantly alert with heads tilted to keep an eye on the sky. I will be working outside and suddenly be aware that all of the general bird noise has stopped and everyone has gone still.

In the spring the ganders, male geese, will get aggressive and chase us whenever we walk past, the male turkey will begin displaying, the cockerels will start fighting each other, the two male guinea fowls are constantly vocal, the drakes will not leave the ducks alone. In the summer even the most placid of the female birds gets all feisty when they start brooding eggs and rearing young. As we walked down to the village the curlews who seem to nest in the same place every year dive bomb us calling angrily as we pass by their nest and young, particularly if we have Bonnie with us.

I watch the relationships between the creatures on the croft and how the animals interact with each other. The baiting, chasing and game playing that goes on between various birds (almost always male ones) and Bonnie, the teaching that mother birds and Barbara pig offer to their young, how to eat, drink, how to get around. The birds who always hang out together, pair up, or seem to seek each other out, the pecking order and hierarchy in each grouping, who gets to eat first, who gives each other a wide berth when walking past. Who are the bullies, who are the leaders.

It would take me many years and much more conscious effort to learn to speak the language of the animals in the way that some of the people I have met have managed, although I suspect Scarlett is on track to do so. But I am learning, I am able to look out of my window or be out working on the croft and without the aid of at Attenborough narration I comprehend and just somehow know what is going on. It’s a wonderful secret to be let in on.