Back in 2011 when we were WWOOFing we had a list of experiences and sights we were keen to see. The list contained lots of WWOOFing related things such as milking a cow, assisting in birthing an animal, butchering meat and so on but it also had some wildlife and nature related things too. When we arrived in Scotland in the September of that year we had some specific items to tick off which included seeing the salmon leap, seeing red deer (and maybe seeing part of the rut), seeing the northern lights and spotting eagles. The Falls of Shin gave us a fabulous salmon leaping experience  , we saw many red deer and a few far away spottings of eagles. The aurora remained elusive. Since we have been on Rum the northern lights have made a fairly regular appearance, tempered of course with the realisation that what you see in the sky is not quite what you see on those amazing pictures in terms of colour. But eagles…. they are often a near daily sight.

Rum was the location for the re-introduction of the white tailed sea eagles back in the ’70s and ’80s. We actually know one of the children of the warden at the time who was part of the team and have heard stories of the release pens, the grumpy eagles and the reluctant children dragged out to witness monumental history in the making fed up because it was a rainy Saturday evening and they were missing their favourite TV show. These days we get to watch them ourselves. In the spring they are performing courtship rituals as they pair, mate and build nests – currently we are treated to a near daily fly by of a courting couple as they circle high above the croft, circling and dancing in the sky, looking as though they may crash in mid-air and sometimes briefly locking talons and spiralling downwards. Later in the year we may see them taking their young on maiden flights as we have in previous years. Teaching them how to fly and writing the dialogue in our heads for those scary, exhilarating first flights.

Rum skies also see the golden eagles fairly regularly, smaller but no less amazing than the sea eagles. We also see buzzards, hen harriers, merlins, owls, kestrals and sparrow hawks, there have been peregrine falcons spotted off the coast too. But there is no doubt that the larger eagles are the stars of the show and the biggest draw for visitors. So I’ve been attempting at re-creating them in yarn so that Rum visitors can take home a momento of their eagle sighting from the Shed. It turns out that eagles are not quite as easy as you might think to capture in 3d yarn… 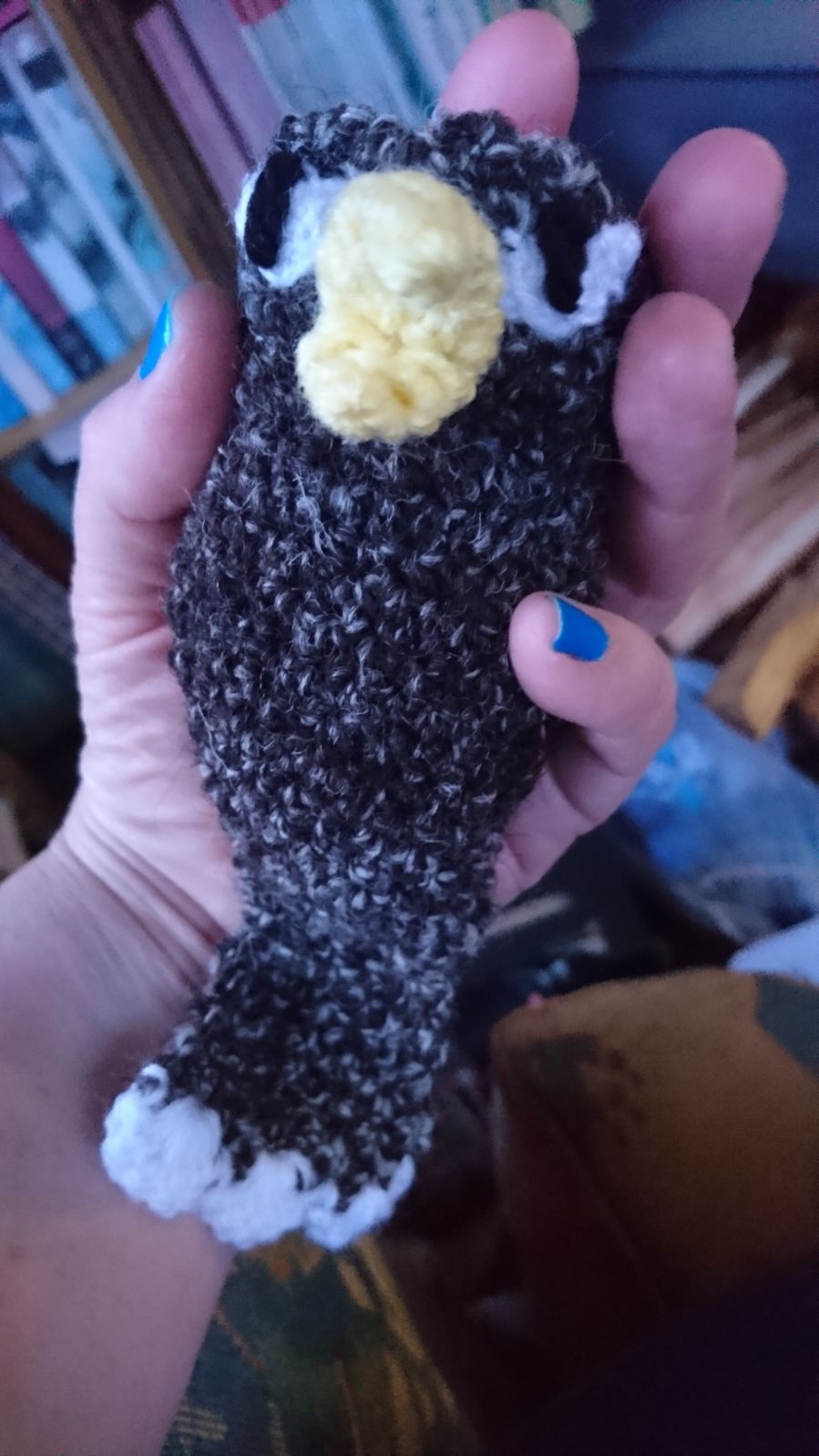 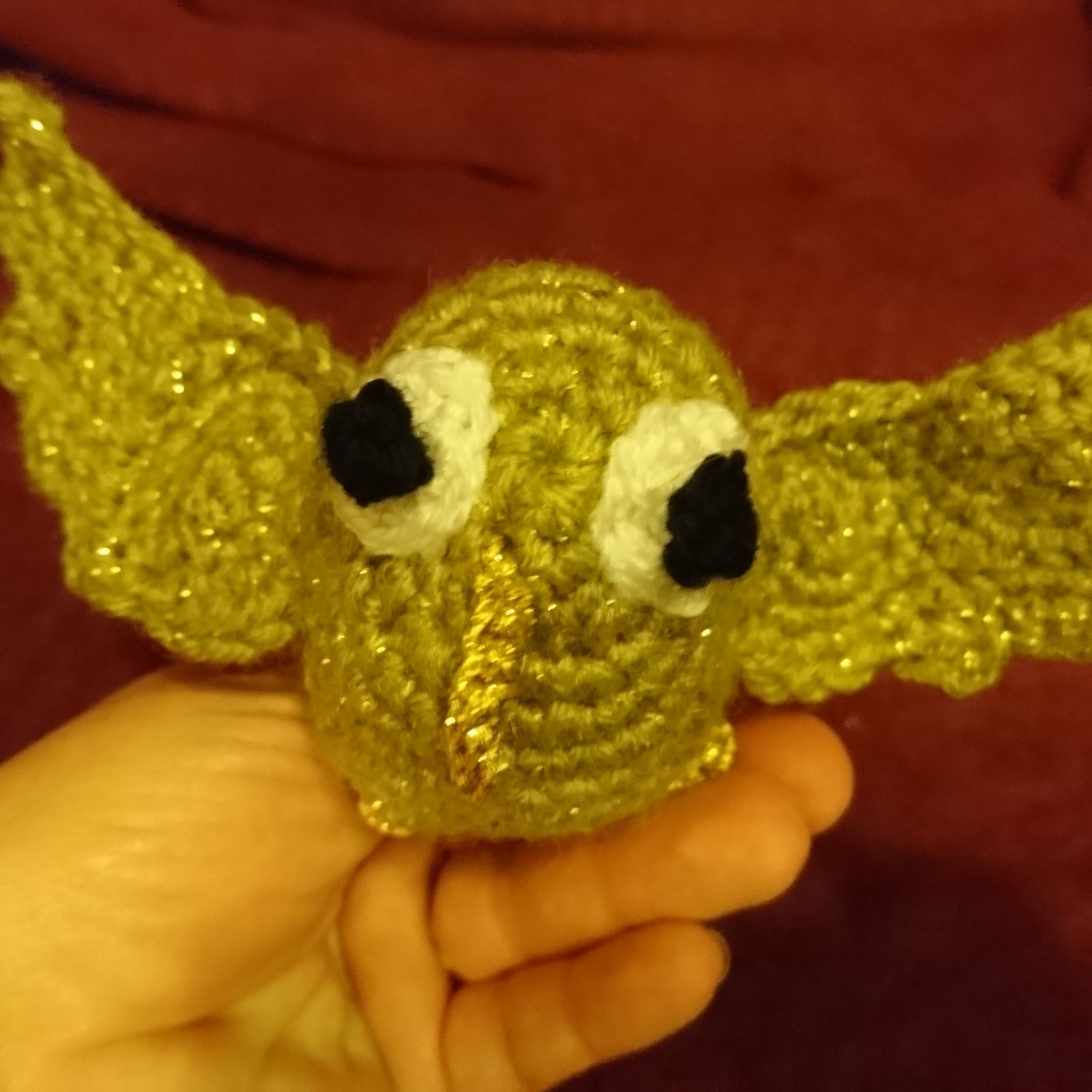 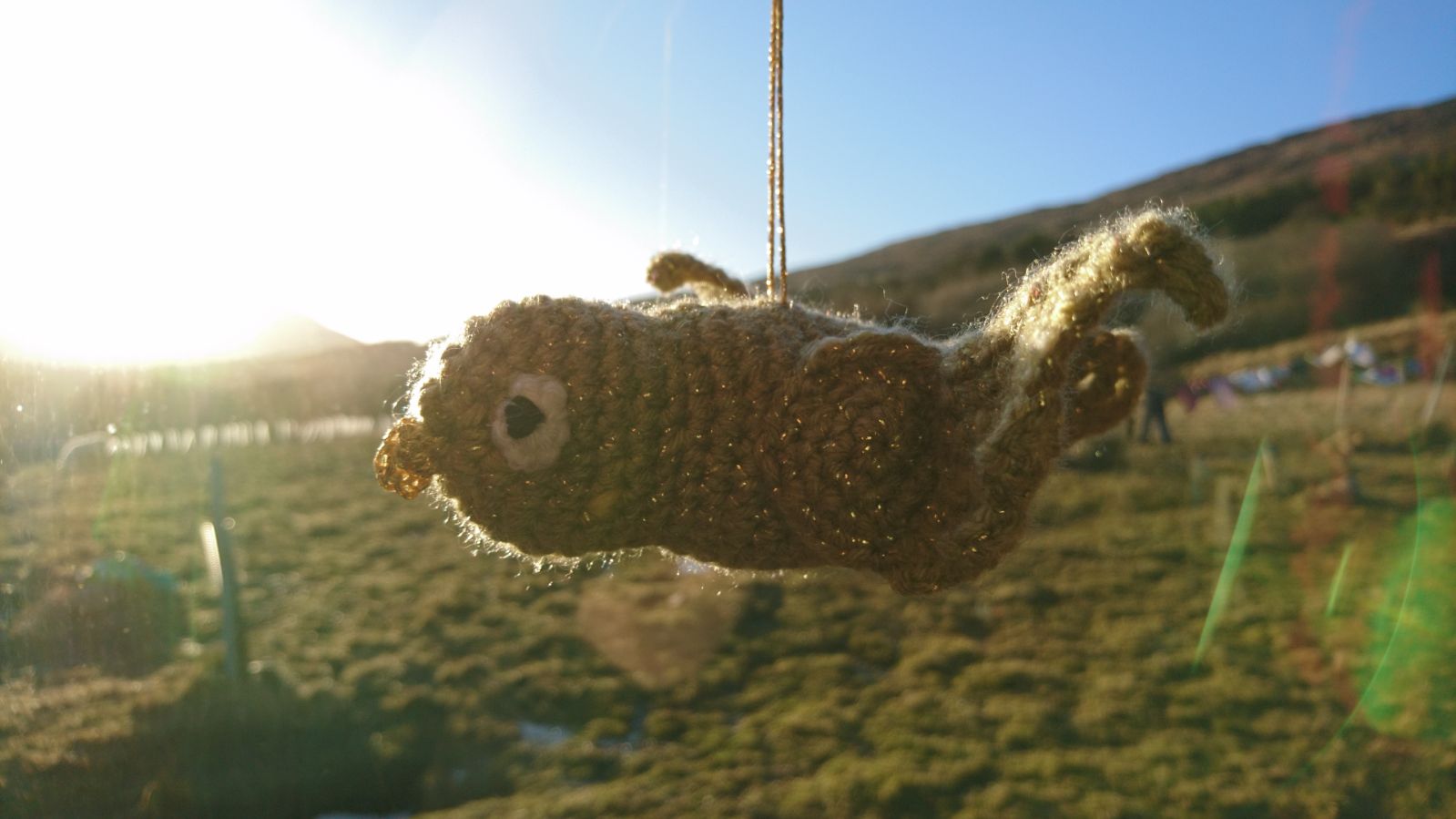 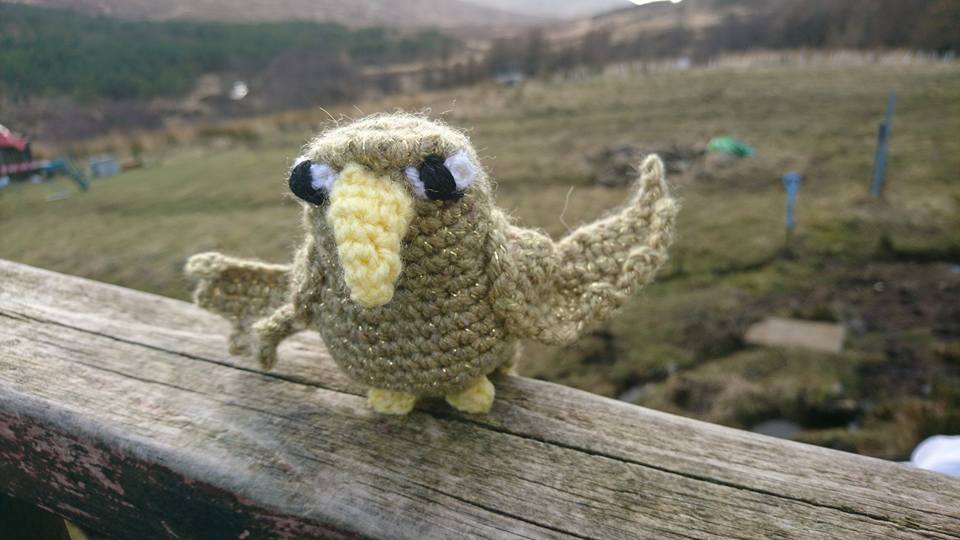 I think I’m getting there. Feedback from  my family may suggest otherwise.

In other news the solar panel is now fully up and running and does indeed provide always on internet. An unexpected bonus on windy and sunny days appears to be sufficient power to run Davies and Scarlett’s X box.