We deliberately have not done much in the way of crops this year. I sowed some herbs which are now in the herb spiral, some flowers, many of which have been cut and bought into the caravan to enjoy, some peas, most of which we have already eaten, some tomatoes which are just starting to flower, some chillies and peppers also just starting to flower, some sweetcorn which are monsters and already touching the top of the polytunnel but actually have some small cobs on and some salad which all bolted and went to seed. Keeping it small scale and mostly successful has rekindled the passion for me after a few years of serious losses of crops and allowed the raised beds a year to build soil quality with seaweed mulches and the chickens in the area enhancing the soil with their manure. I’m looking forward to starting again next year after more seaweed mulches on the soil over the winter. I’d really recommend the rest year, it’s worked well for me and hopefully also for the soil. 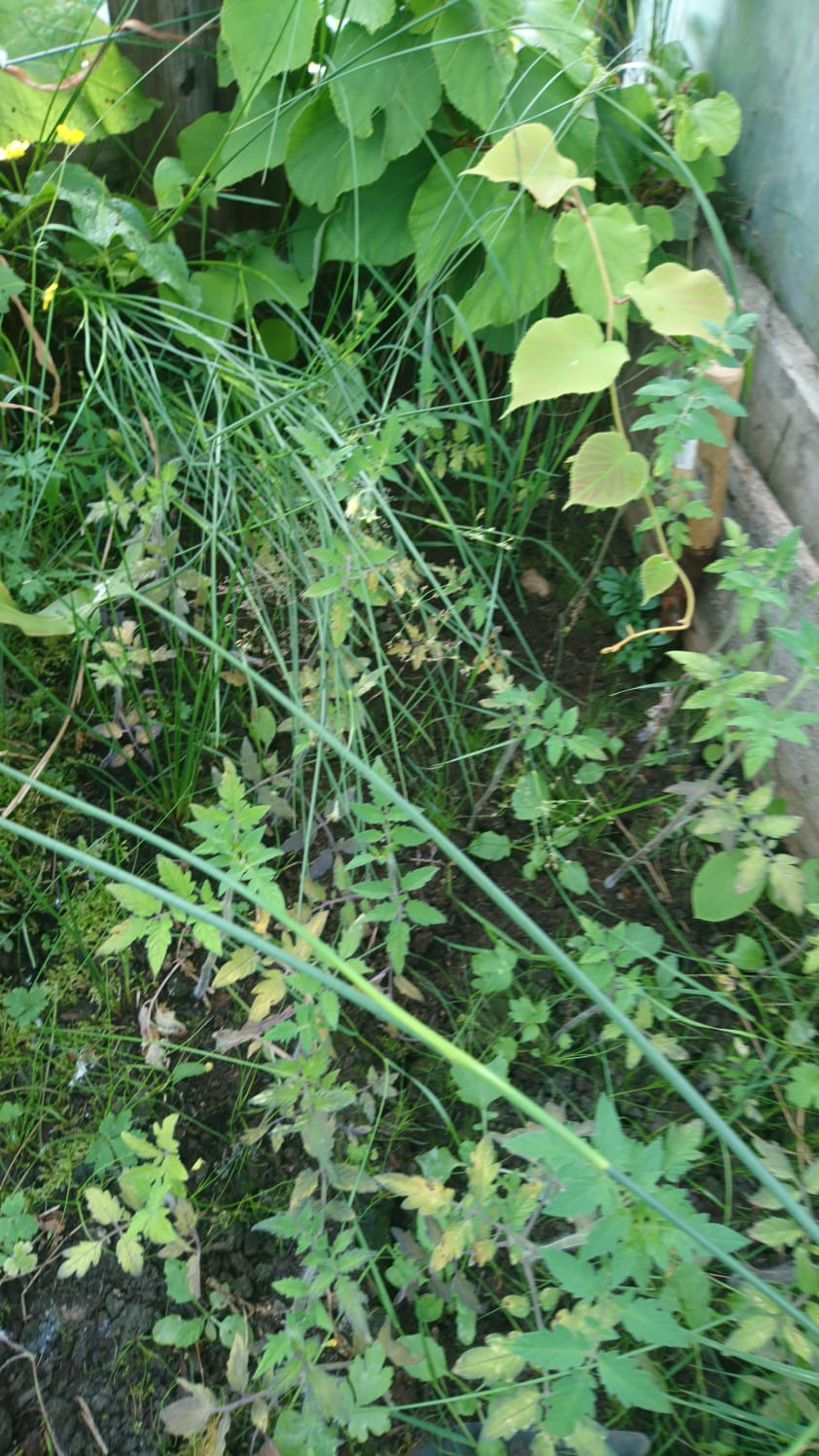 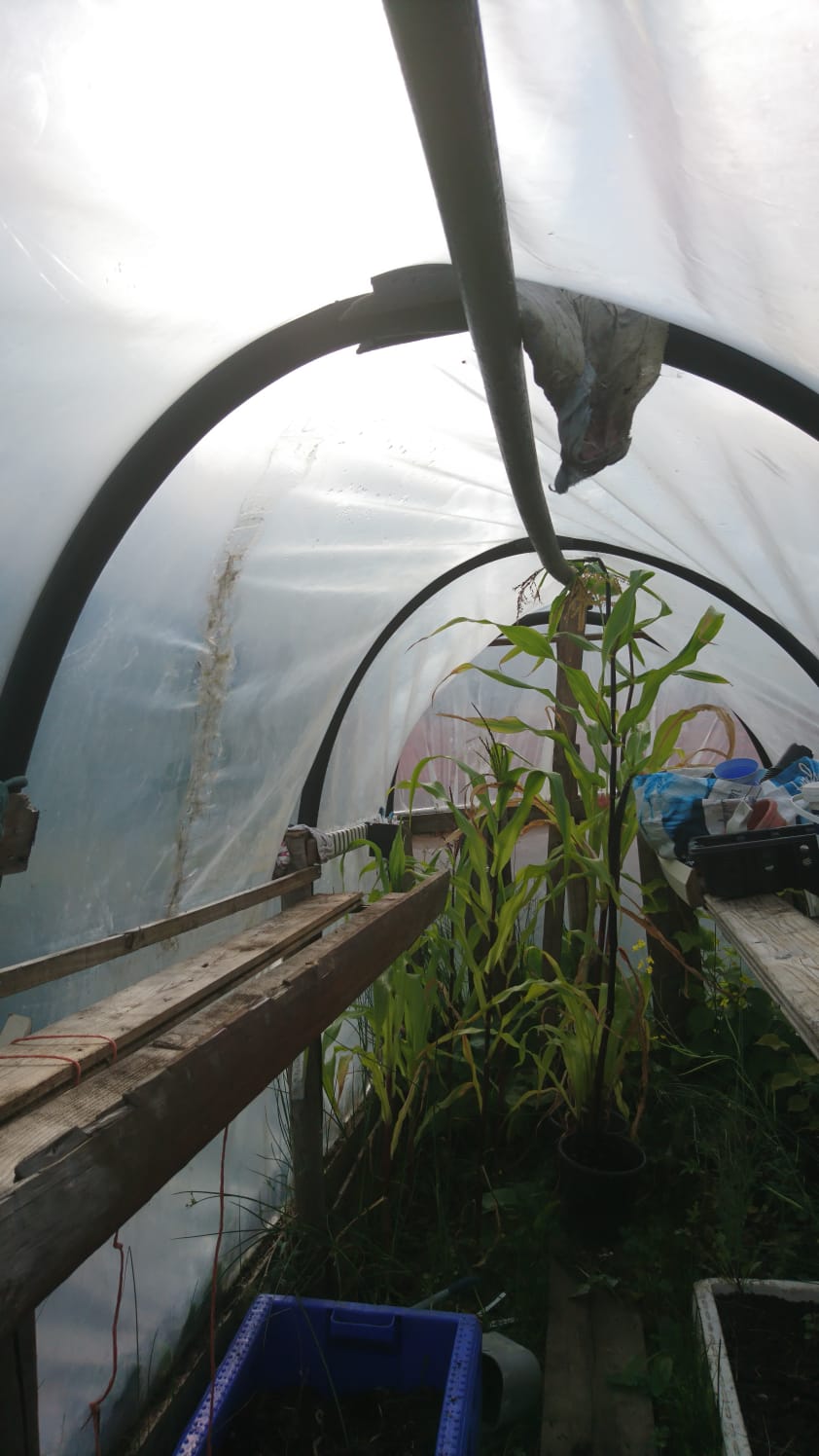 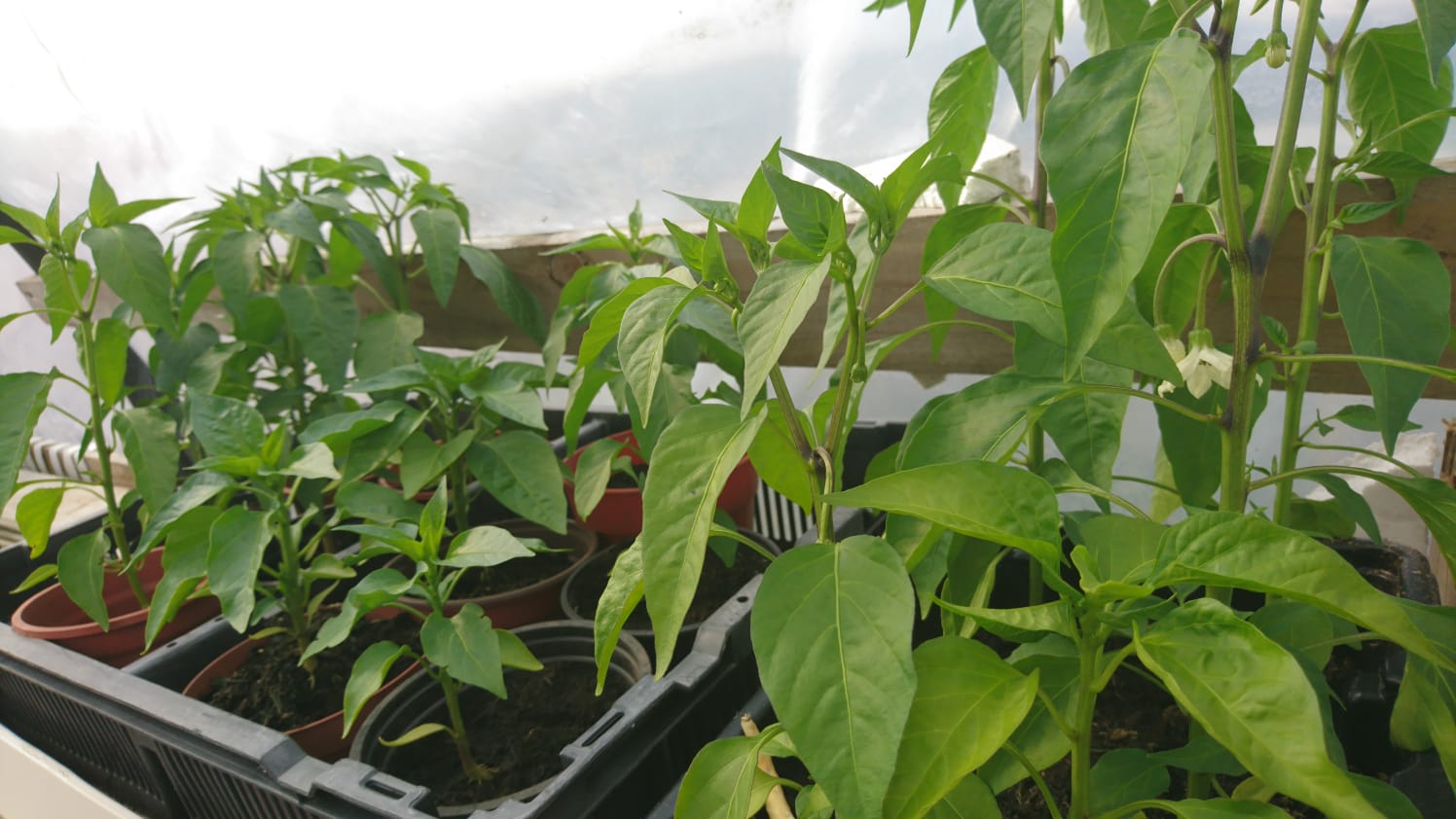 We bought some more lavender plants – they are my favourite flower, good for the bees but also really useful as an ingredient in both things like bath bombs but also in baking (lavender shortbread – yum!) and in my artisan jams. We have a trough on the front of the caravan decking with lavender and a whole load in containers which live in the polytunnel over winter and outside in the summer which I have been collecting flowers from to use fresh and drying to store.

We’ve had our biggest strawberry crop ever, all still from the original 10 plants we bought years ago and have taken runners from every year. I’ve thinned the plants already twice this year and have at least one more taking runners and planting them in the new big strawberry area ahead. Hopefully next year’s crop will be even bigger but we’ve had so many bowls of strawberries and for the first time ever had sufficient excess to make jam with too. 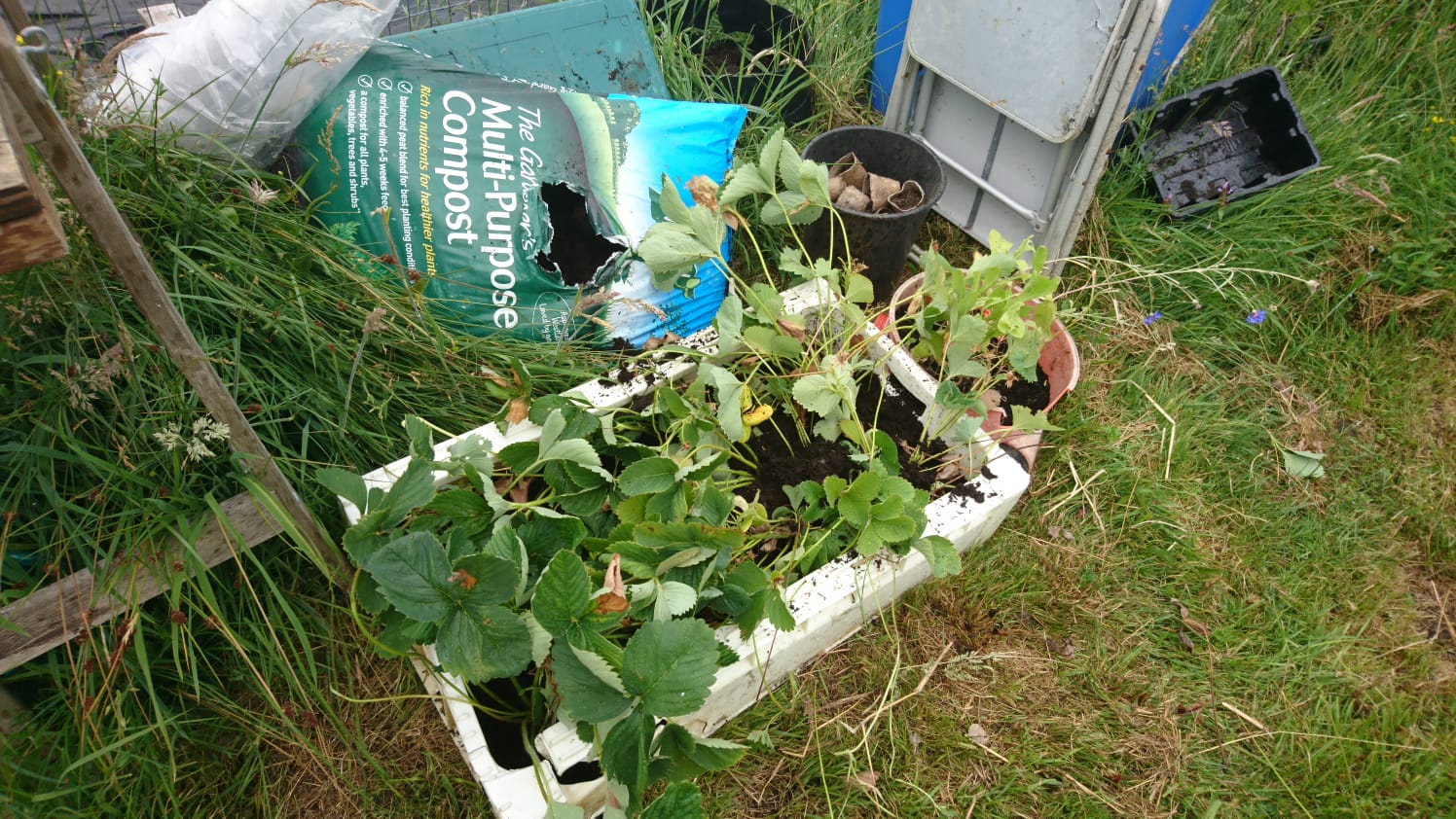 This is planted up runners waiting to be moved into the main strawberry area on a non-midgey day.

The blackcurrants, red currants, white currants, gooseberries, raspberries, tayberries and loganberries have all had / are still having a bumper year too. I’ve been picking every couple of days for several weeks and making jam as I go – summer fruit medley, blackcurrant and vanilla, blackcurrant and lavender, redcurrant and rose jams all now in the shed and already selling well. 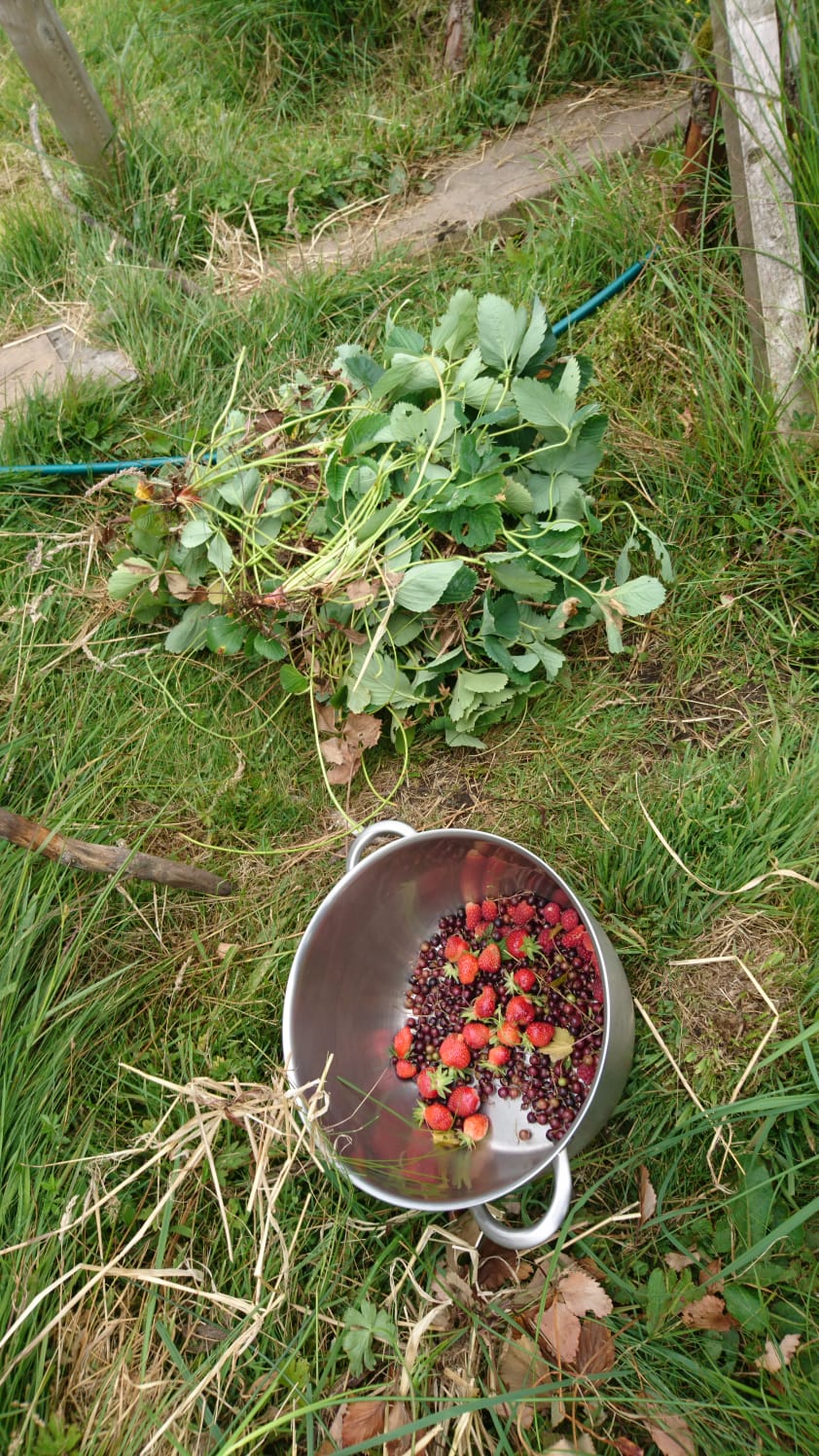 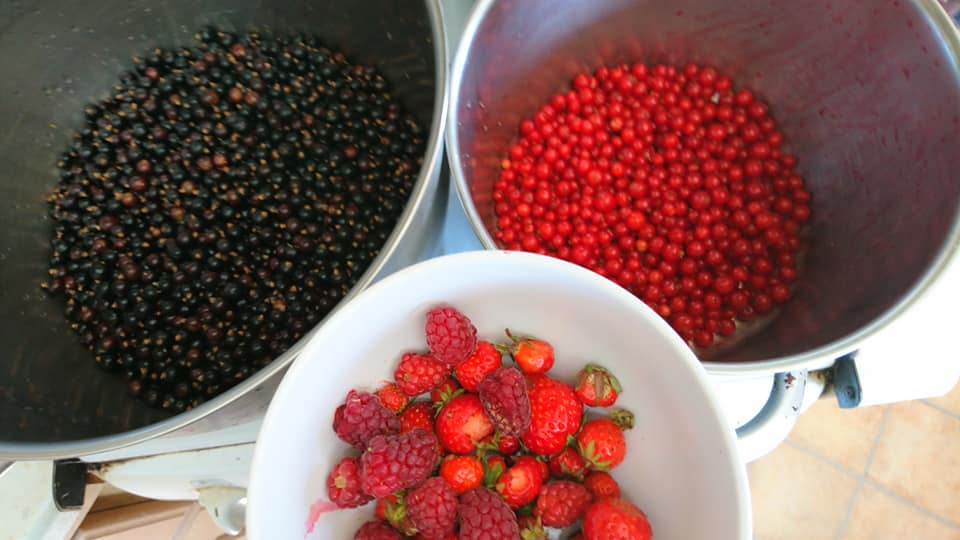 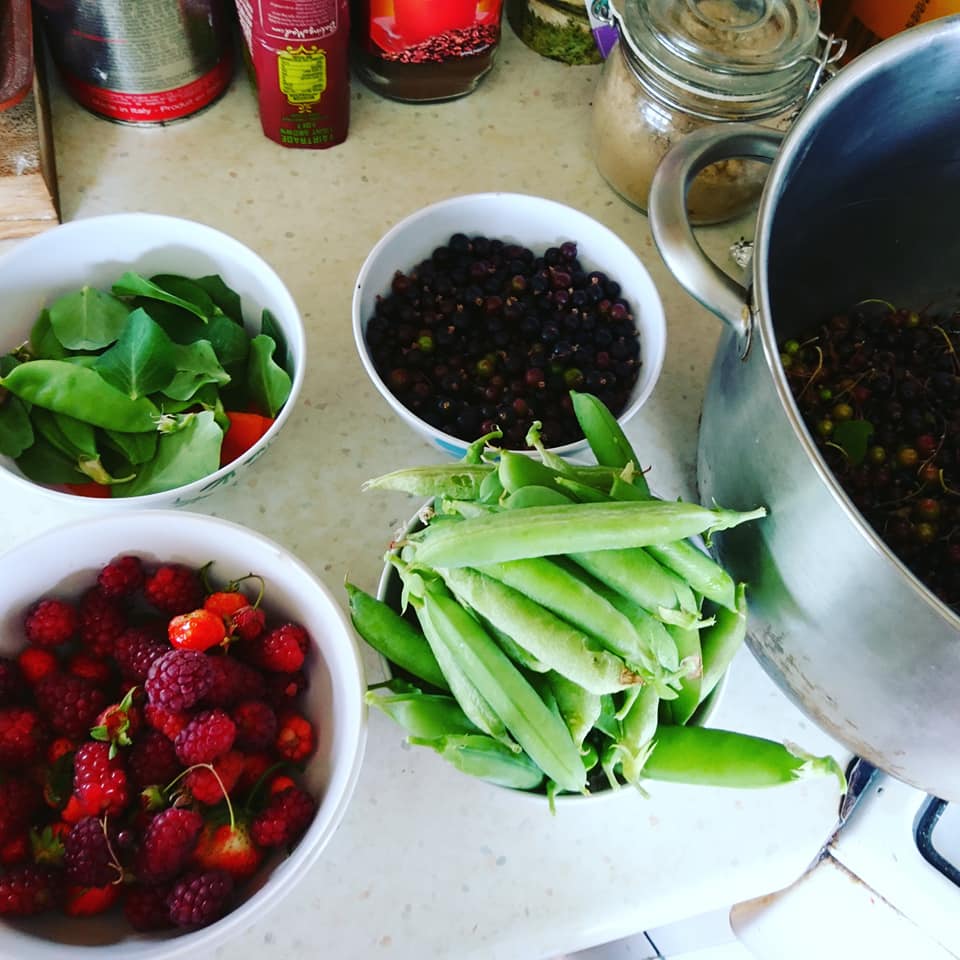 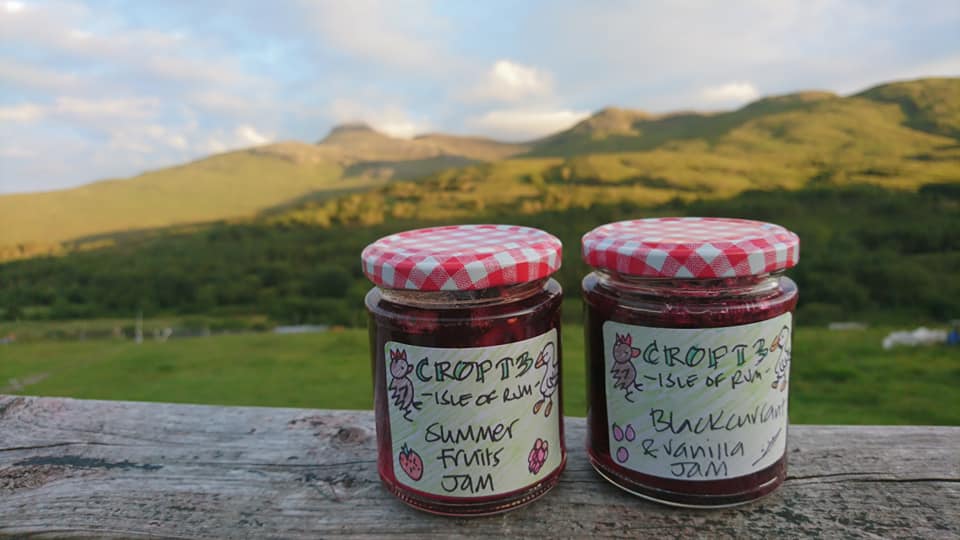 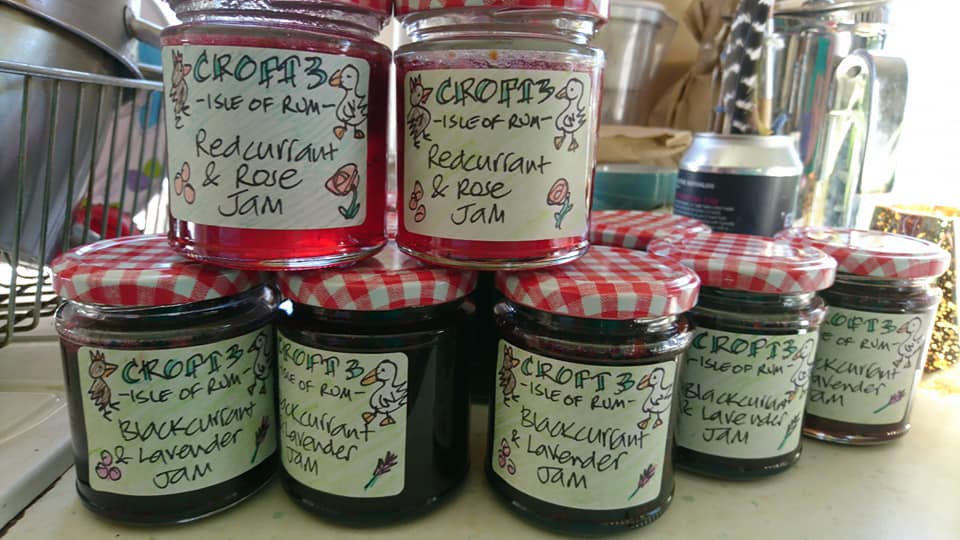 There are a few of the very first apples finally on our apple trees which we planted about 4 years ago and of course we are only a short while away from the start of the bramble season – if the blossoms on the bramble bushes are any sort of indicator it’s going to be a bumper year for the brambles too.