There are a few landmark birthdays in life. Your first birthday obviously although you never remember that yourself. My parents bought my brother and I our first watches for our fifth birthdays. Ten feels quite noteworthy as you reach double figures. Thirteen marks the start of the teens. America seems to have celebrated sixteen as a big birthday for years although we don’t tend to particularly in the UK although I recall wanting to try my first cigarette before it was legal in the weeks leading up to my 16th! 17 was about being able to drive, 18 about being an official adult and for me the landmarks ran out a little as we bought our house when I was just 20 so my 21st was certainly not any sort of milestone. From then on it’s been decades; so far Ady and I have both done 30 and 40 and Ady has also celebrated 50.

This week saw Davies’ 16th birthday. That still feels pretty landmark. At 16 in Scotland you can do all sorts of things (I know, I just checked on line!) many of which Davies appears to have no desire or need to do (skin piercings, alcohol, buy lottery tickets, enter a civil partnership, leave home…) but he is now on the electoral roll, has a national insurance number and if he follows in his parents footsteps is on the very cusp of adulthood and all that that entails.

I have tended to blog less about Davies and Scarlett as they have gotten older feeling that that it is not my place to tell their story but increasingly their own. I can however share what being Davies’ parent means to me. Motherhood has been a complete joy, a privilege and honour to share in the life of such amazing, interesting, creative, funny, curious and unique individuals.

From a very young age Davies demonstrated all encompassing passions, an interest for Davies has never been fleeting; always all consuming, entire and enduring. From a very early age it has been TV or films which have captured his imagination and interest. I can chart his birthdays by the character he was into at the time. Over the years this has determined birthday party themes, party cakes, gifts, dressing up outfits, trips out and more. Two year old Davies went everywhere dressed as Buzz Lightyear including a trip to see Disney on Ice. When he was four he wore a Peter Pan outfit and gifts included a handstitched Peter Pan toy (which still resides in his 16 year olds bedroom!) and a Neverland island toy. At six it was Wallace and Gromit with a themed party (we won a prize for our Gromit cupcakes and still use the bakeware and oven gloves to this day) and a visit to a local zoo park where costume characters were in attendance and trip to the Science museum in London for an Aardman exhibition. When Davies was seven it was Doctor Who with a party where the goody bags where mini Tardis, a lifesize papier mache dalek attended the party and guests included weeping angels and Oods.

The themes of 16 are (enduringly) Doctor Who, Sherlock and Lost with all gifts associated with one of the above. True to teenage form Davies got up at least three hours after he had planned to! Birthday food included bacon sandwiches, sweetie laden tiffin as birthday cake and pizza for dinner. His favourite dinner of venison steak and chips had to be delayed a few days until we had venison (having processed a beast today we enjoyed some very large steaks for dinner tonight!) and he was blessed by a visit from grandparents here for the big day.

Sixteen years have passed since I first gazed into the eyes of my newborn son. Back then his tiny hand grasped my fingers, he relied on me for his every need and I had all the answers. Now he stands taller than I, is very much his own person and relies on me less with every passing year. The intensity of the early parenting years has passed – this middle phase of cheerleading, supporting, nurturing and waiting, perhaps just out of sight and hearing range but poised nonetheless should you be needed calls on different skills. I have loved every stage so far and this is no exception.

Davies at 16 is a young man, a fledgling almost ready to spread his wings and fly. His emerging world view, ideas, opinions and take on life are a pleasure to witness and share. His funny, thought provoking, insightful and unfettered comments an education to be privy to. The footsteps during this part of our journey through life together are great strides rather than the tiny faltering hesitant baby steps of the past, I know that in the not too distant future he may well leave me behind for a while or walk a different path. I am confident we have many more side by side walks to take together in the future. 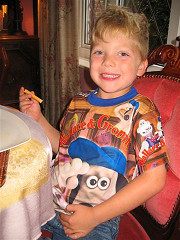 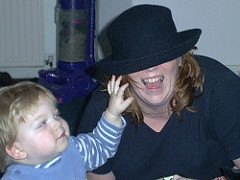 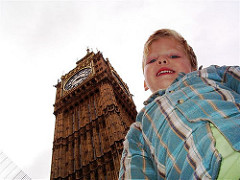 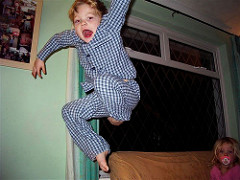 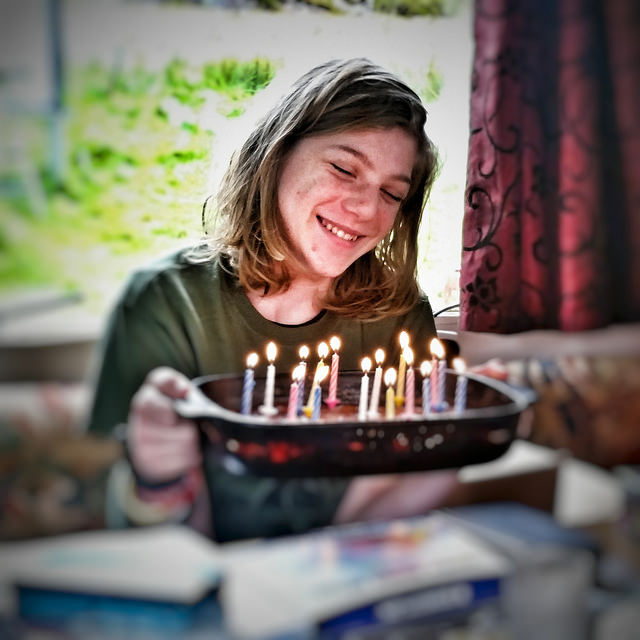 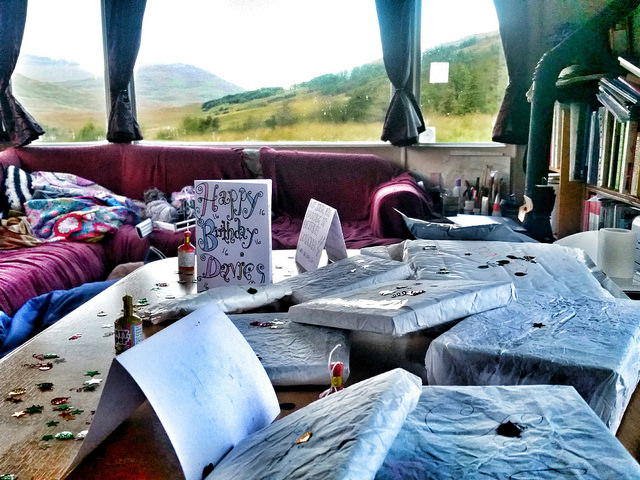 Happy 16th Birthday Davies, that loving, funny, intense, talented small boy may be growing up and becoming a man but it looks like you’ll be taking all those same traits with you into adulthood. 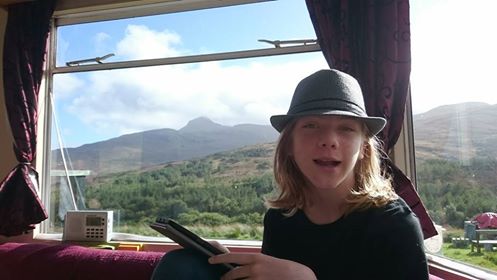 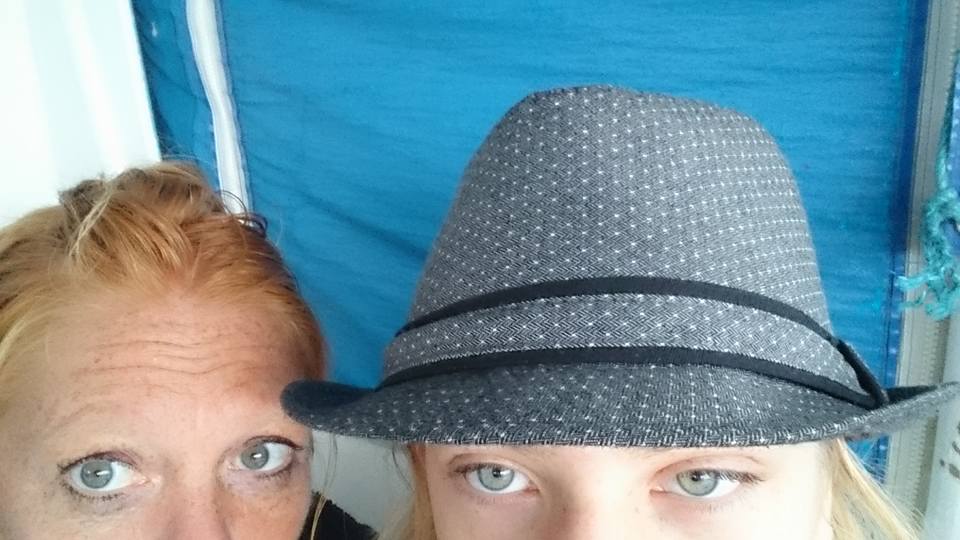