There has been a distinct lack of ‘here’s what we’re doing on the croft just now’ on the blog of late. Mostly because it has been majorly midgey this year – by far our worst summer of midges here and it’s our third on Rum and actually our fourth on the west coast of Scotland. We were anticipating it after such a warm wet winter but it has still been a shock and really does prevent much outside stuff from happening.

We have also been very busy just making the most of the summer and living life here to the full. Frankly you don’t jack in a conventional life on the south coast of England with hot and cold running water, a proper roof over your head, company car and pension plan to go and live in a midge infested caravan on a remote Scottish island to spend all your time working! Life is far too short and the pay off for the endurance that our lives sometimes feel like is the hefty dose of enjoyment grabbed whenever we can.

We currently have a friend / volunteer staying with us. Someone we met on our Cob Course earlier this year, hit it off with and stayed in touch with and who is very interested in our lifestyle and learning more about permaculture, self sufficiency, low impact off grid living and so on. She is staying with us for a whole month and is living alongside us learning as much as she can about how we do things – this has included plenty of watering the polytunnel, pulling up ragwort, feeding the animals, carrying things up and down the hill, breadmaking, jam making, selling produce at Market Day and hanging out with Davies and Scarlett. It has also included coming along on all the various adventures we have had in the last week – from climbing mountains in the dark to sit and listen to shearwaters come in for the night around us to various boat trips wildlife spotting.

This weekend our adventures took us to the only of the four Small Isles we had yet to visit – Muck. The smallest of the small isles and different to Rum, Canna and Eigg in the same way as all four are different to each other. The occassion was the Small Isles Games. An annual event hosted by each of the island in four year rotation. It is part old school sports day, part highland games, part fierce inter island competition, part first class hospitality from the host island and fully fun.

Muck put on a great show, is is a lovely island, really tiny but with a similar size population to us on Rum. There were about 20 of us there from Rum for the games (about half our island population meaning our post office was closed, family members were drafted in to man our shop, other family members were called on to come and compete alongside us for Rum, the island was on ‘skeleton crew’ of those left behind) and we took our tents, pitched up ‘Camp Rum’ and let the games commence. 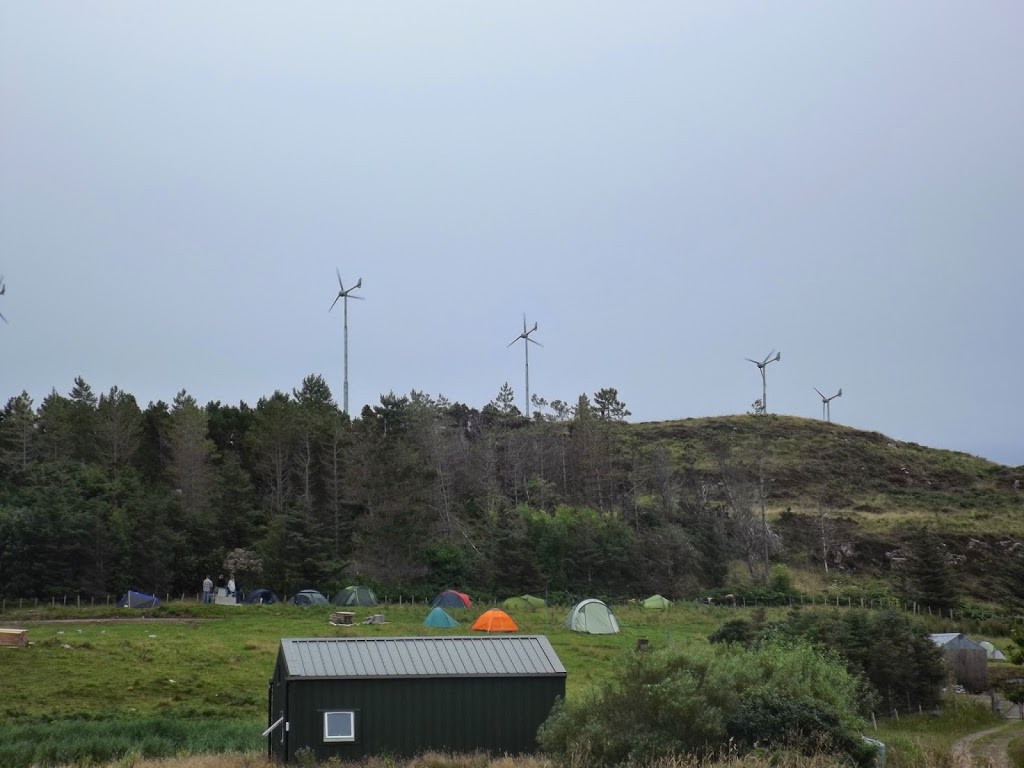 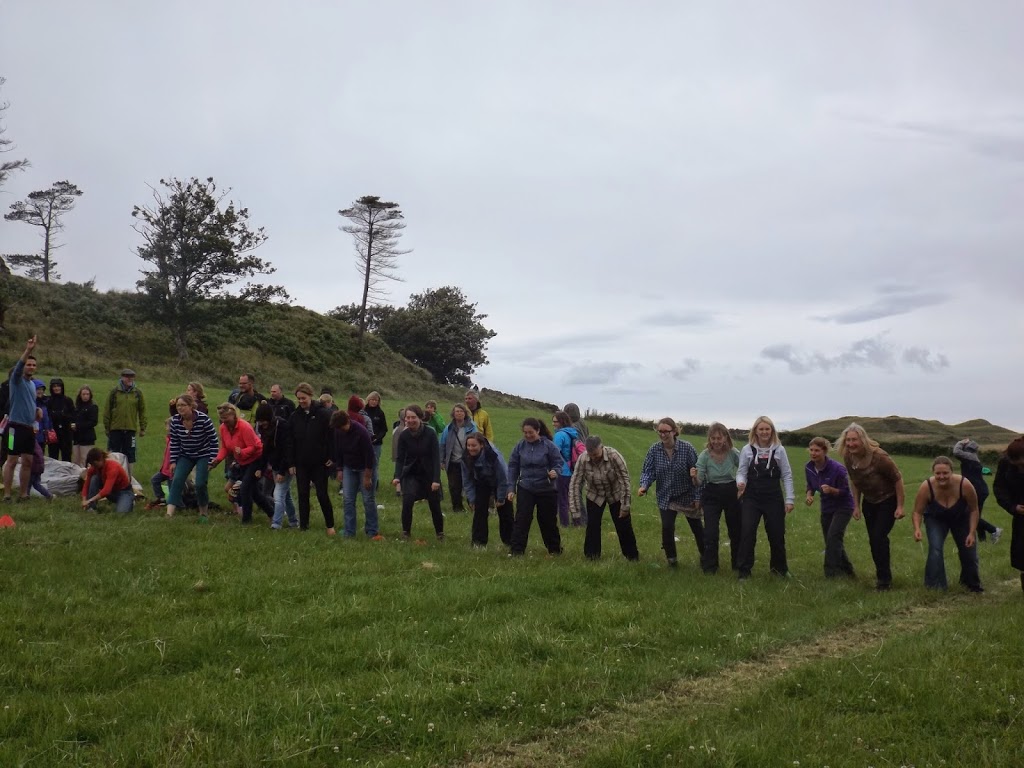 The games were an excellent mix of true sportsmanship such as rifle shooting, hill racing, proper flat race sprinting, tug of war and good old fashioned fun such as sack race (done in mail bags), tattie and spoon race, welly wanging and the utterly ridiculous such as four people in a bulk bag told to get to the finish line by whatever method they chose as long as all four people were still in the bag! The obstacle race fell into the final category too with running with a section of culvert pipe around your middle, followed by four person skis, wheelbarrow race, quad pushing, bouncing on a buoy and going under a scramble net. We were all so helpless with laughter for most of these that the competitive element was utterly immaterial!

I don’t remember the last time I have had so much fun looking like quite such a fool! And remember I live in a caravan on top of a muddy hillside so I have plenty of opportunity! 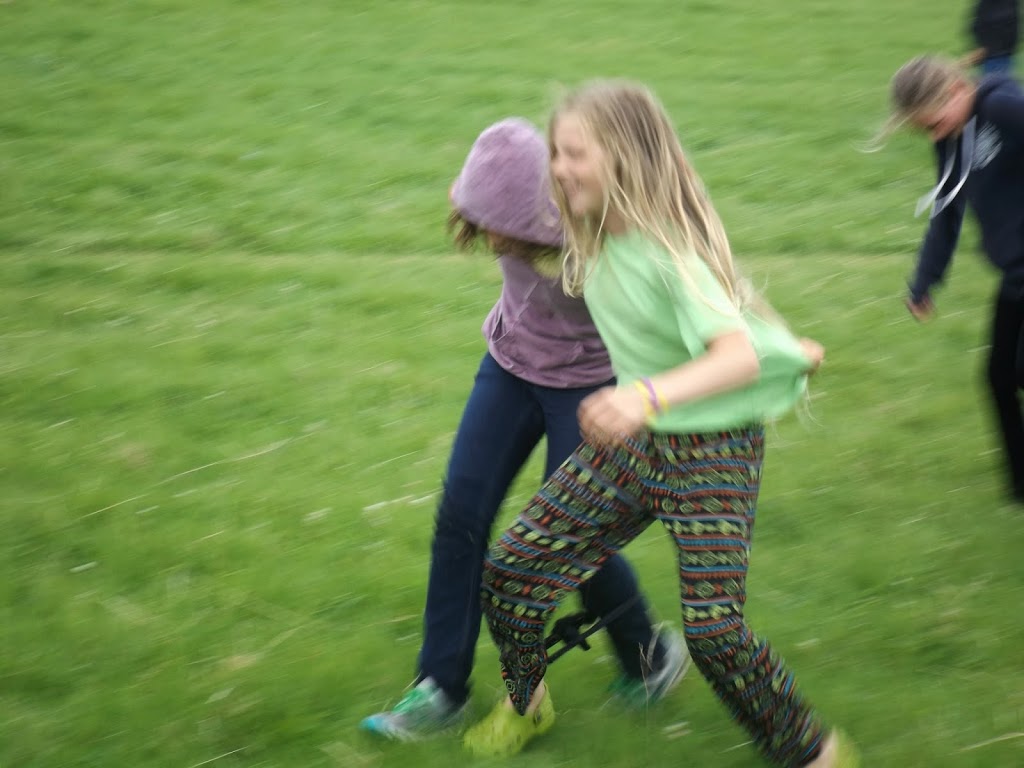 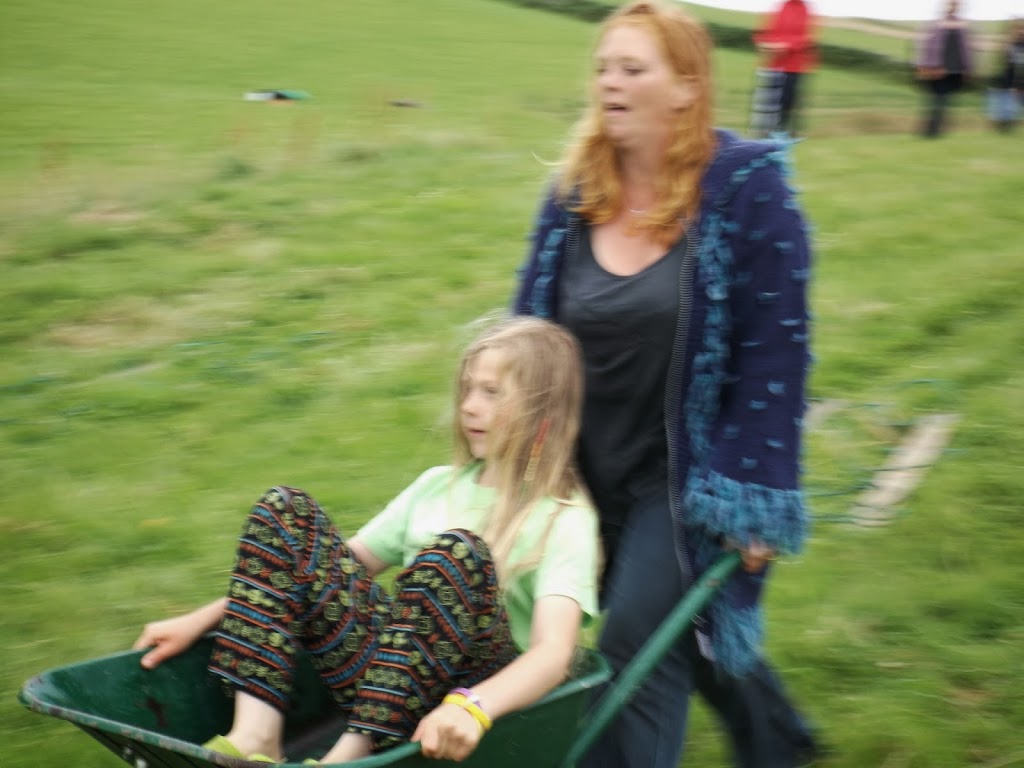 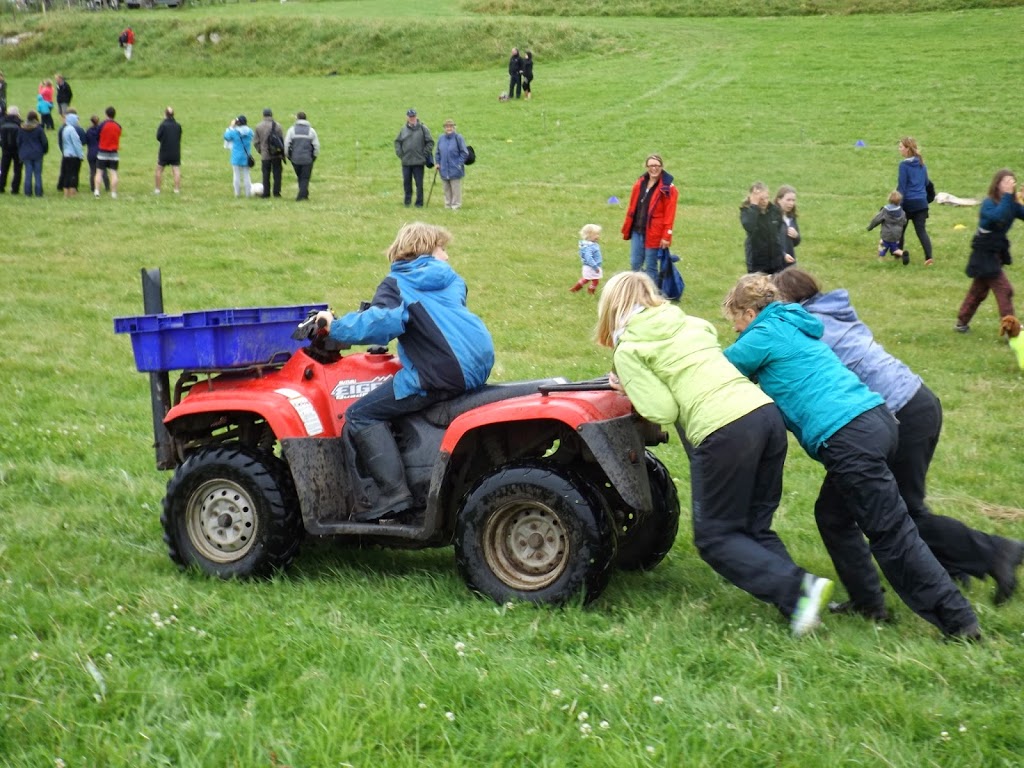 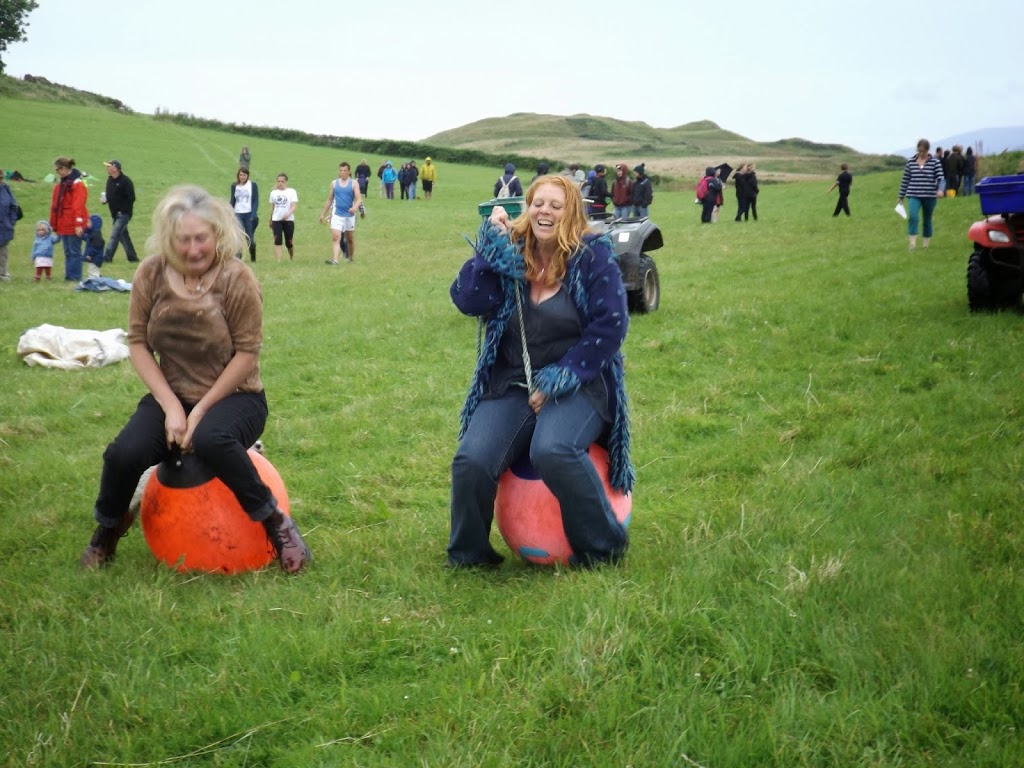 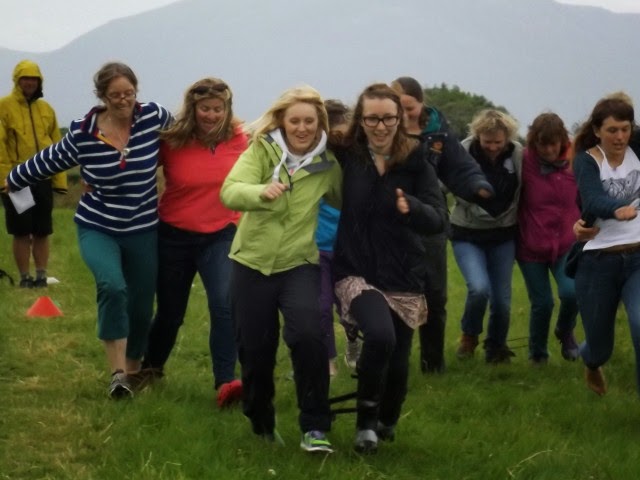 We had the best time and were really proud to come second to our hosts who won (again!).

The games were followed by a splendid barbecue, loads of delicious cake, an epic ceilidh with two bands and plenty more fun and laughter and dancing until the early hours.

This morning was spent exploring Muck, drinking tea and post mortem-ing the day before with tales from the games and the ceilidh getting retold and embellished as all good days do. We had chartered one of the local boats to come and bring us home and had a lovely trip back to Rum speeding between the Small Isles watching gannets dive and the odd porpoise leap from the sea.

It was a magical weekend, full of feeling of belonging, of being part of a small and slightly larger wider community. Of spending happy fun filled sunshine-y days with people we know so well and share our lives with. 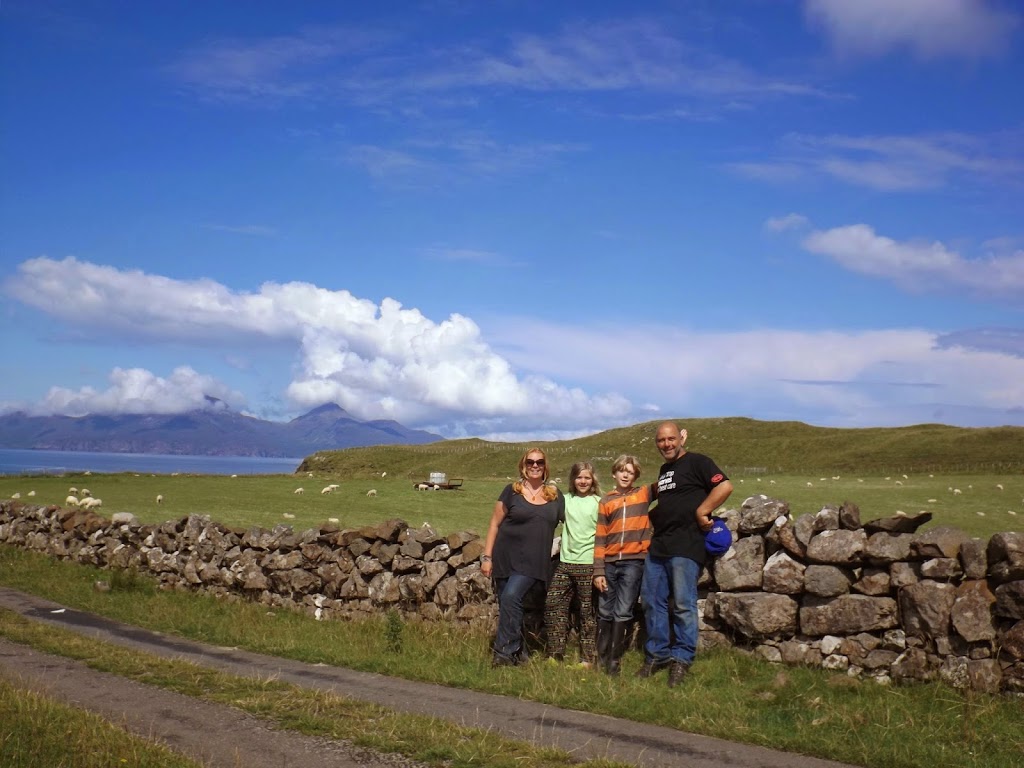 One thought on “Game for anything”