It’s been a gorgeously sunny day here today. We’ve had daffodils in bloom, buds peeping through the soil and birds starting to sing on and off for a couple of weeks but today was warm, sunny and most definitely spring-like.

So we decided to visit the Cliffs of Moher. It had been recommended to us by several people and searching online for tourist-y things to do while in Ireland always brings it up. I’d also found details of The Burren and knew we’d be driving through that area too.

Along the way we caught sight of a very tall structure that looked almost like a space rocket so pulled off the road to take a closer look. It turned out to be the round tower at the monastery of Kilmacduagh so we had a wander around there, looking at the buildings and reading the gravestones. 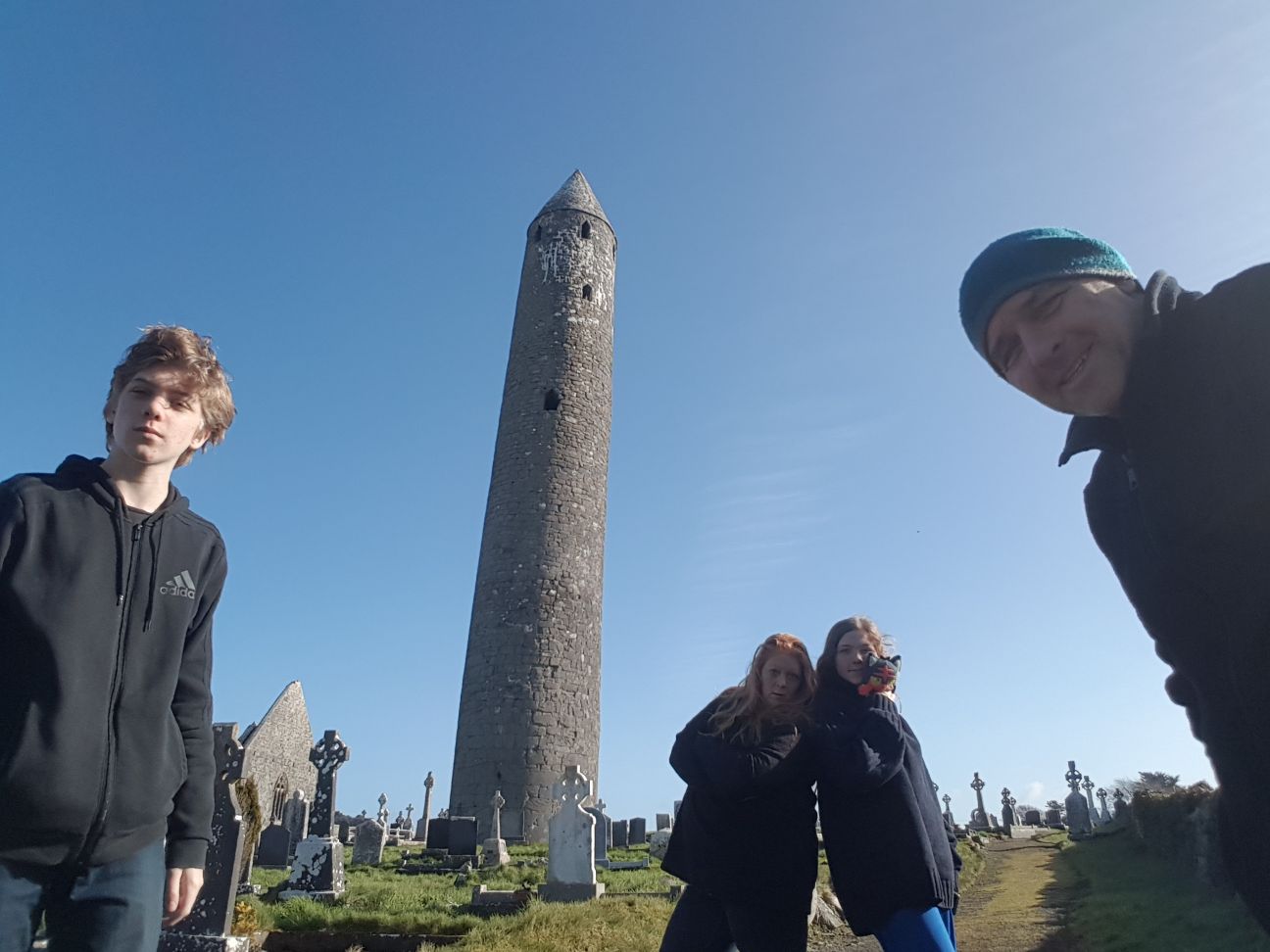 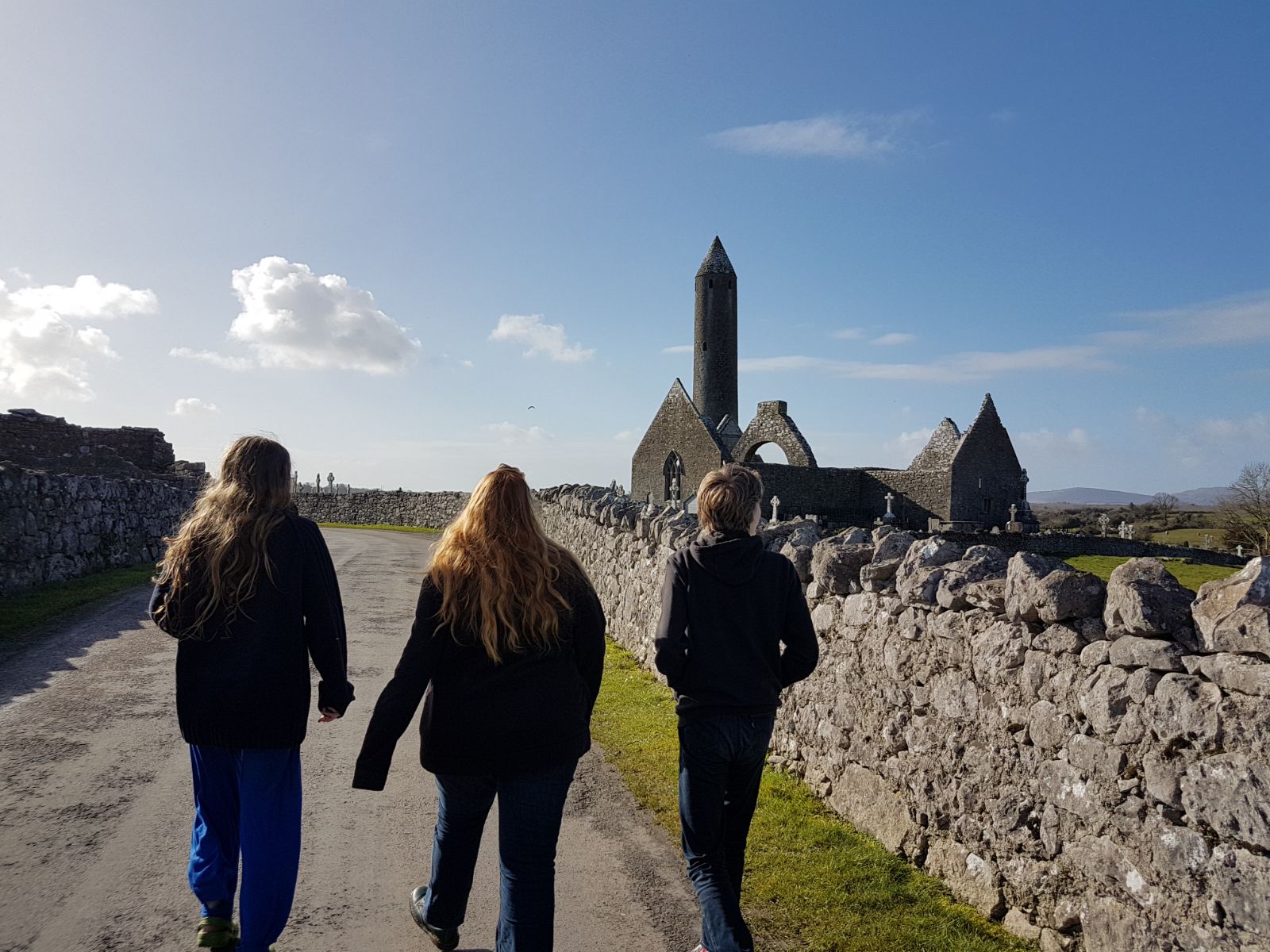 We arrived at the Cliffs just after midday and had a lovely couple of hours wandering around there, mostly outside along the actual cliff edges (not as near as some of the visitors who were taking their life into their hands in pursuits of ever more daring photos. We were very sensible with our safety, if not our poses!) but also a look around the visitor centre including watching the video showing a gannet swooping around the cliff faces before diving into the water and swimming with dolphins, seals, whales, basking sharks and other sealife, then resurfacing and joining the other seabirds in flight and on nests including puffins and gulls. We saw mostly crows and gulls in real life. For a Tuesday in February it was very busy, I can only imagine how packed it must being during the tourist season in the summer. We downloaded the app to listen to the audio tour and had to correct our original proclamation to Scarlett that the next land was America when she claimed to be able to see it and we realised that actually Arran was rather nearer that New York! 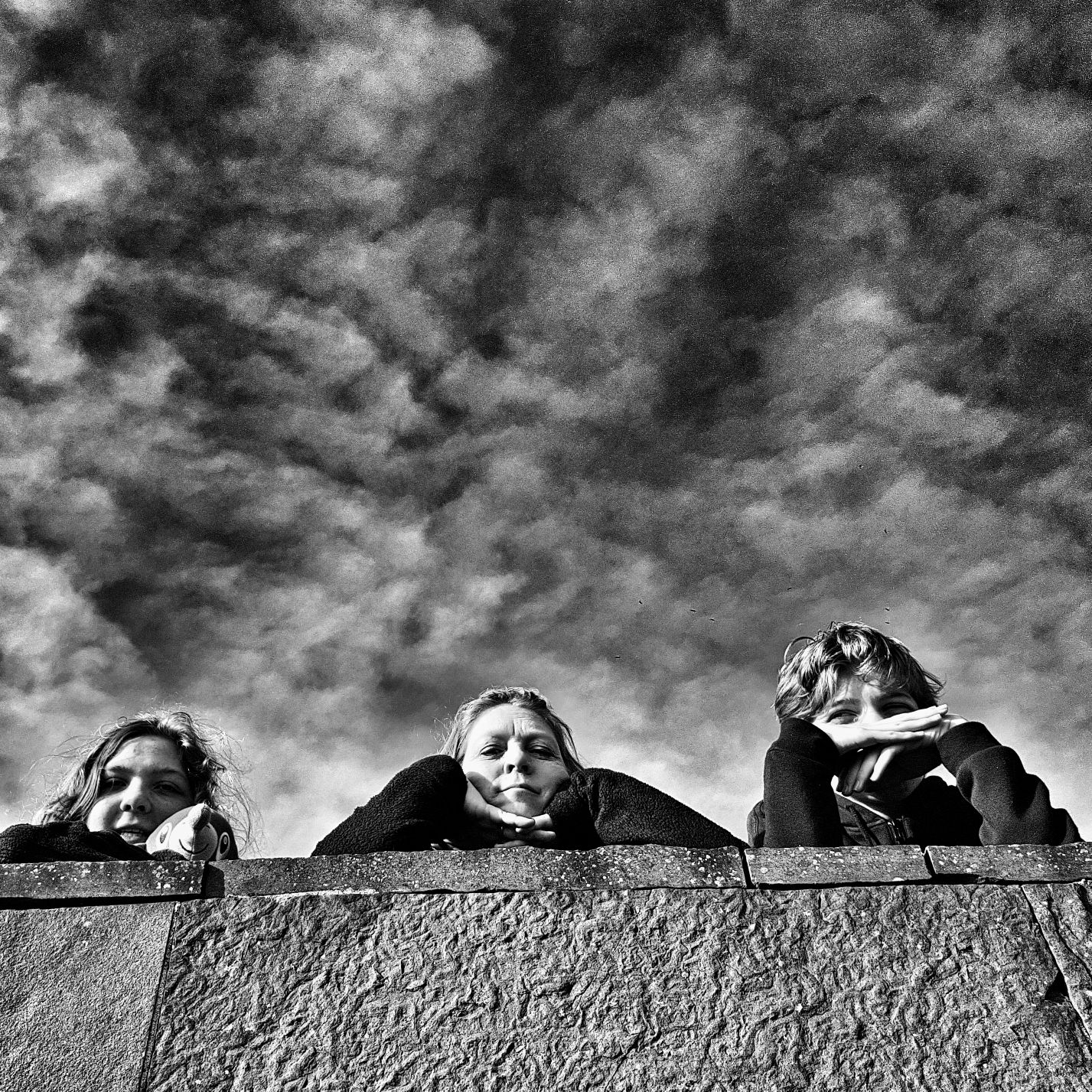 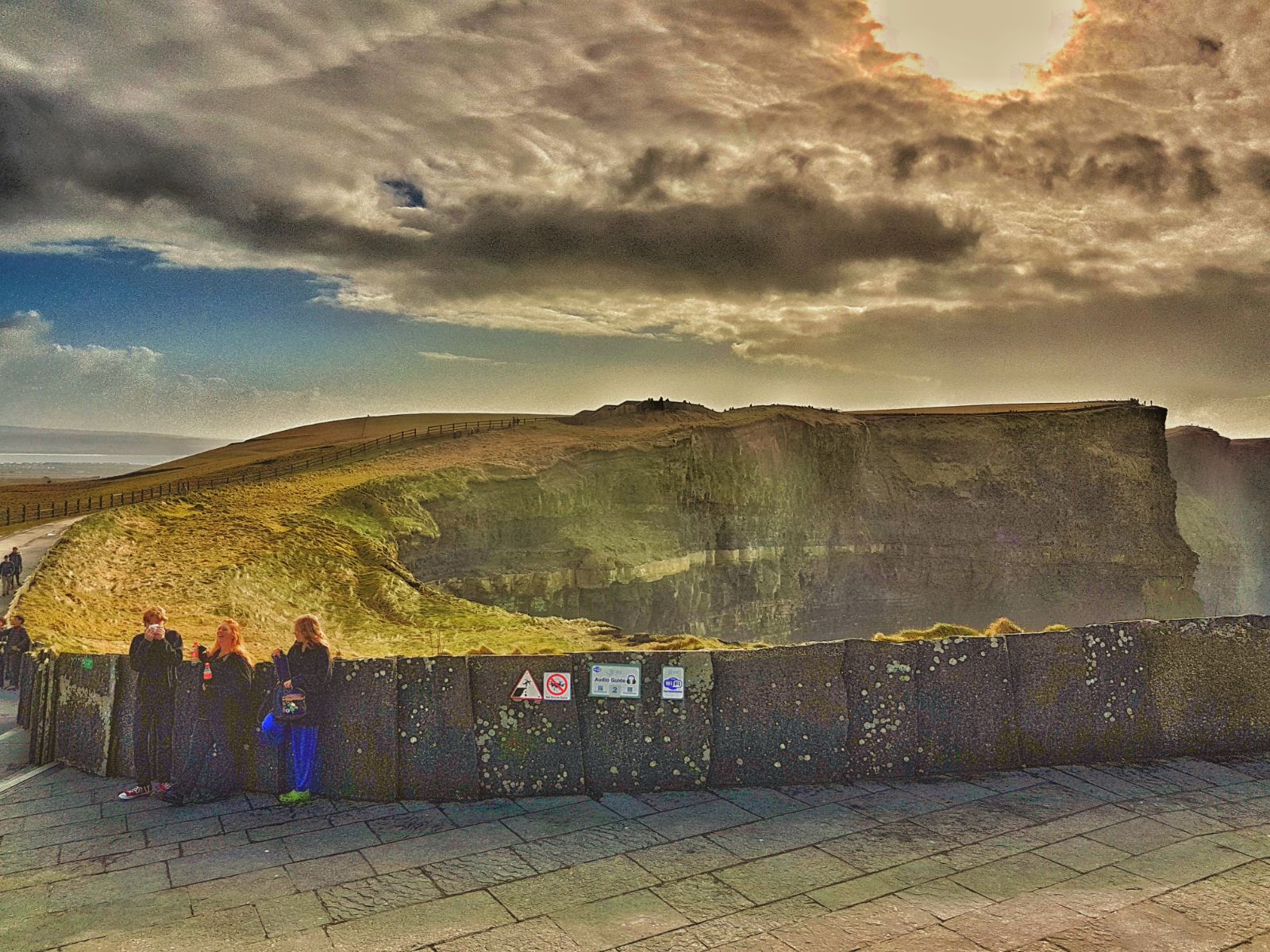 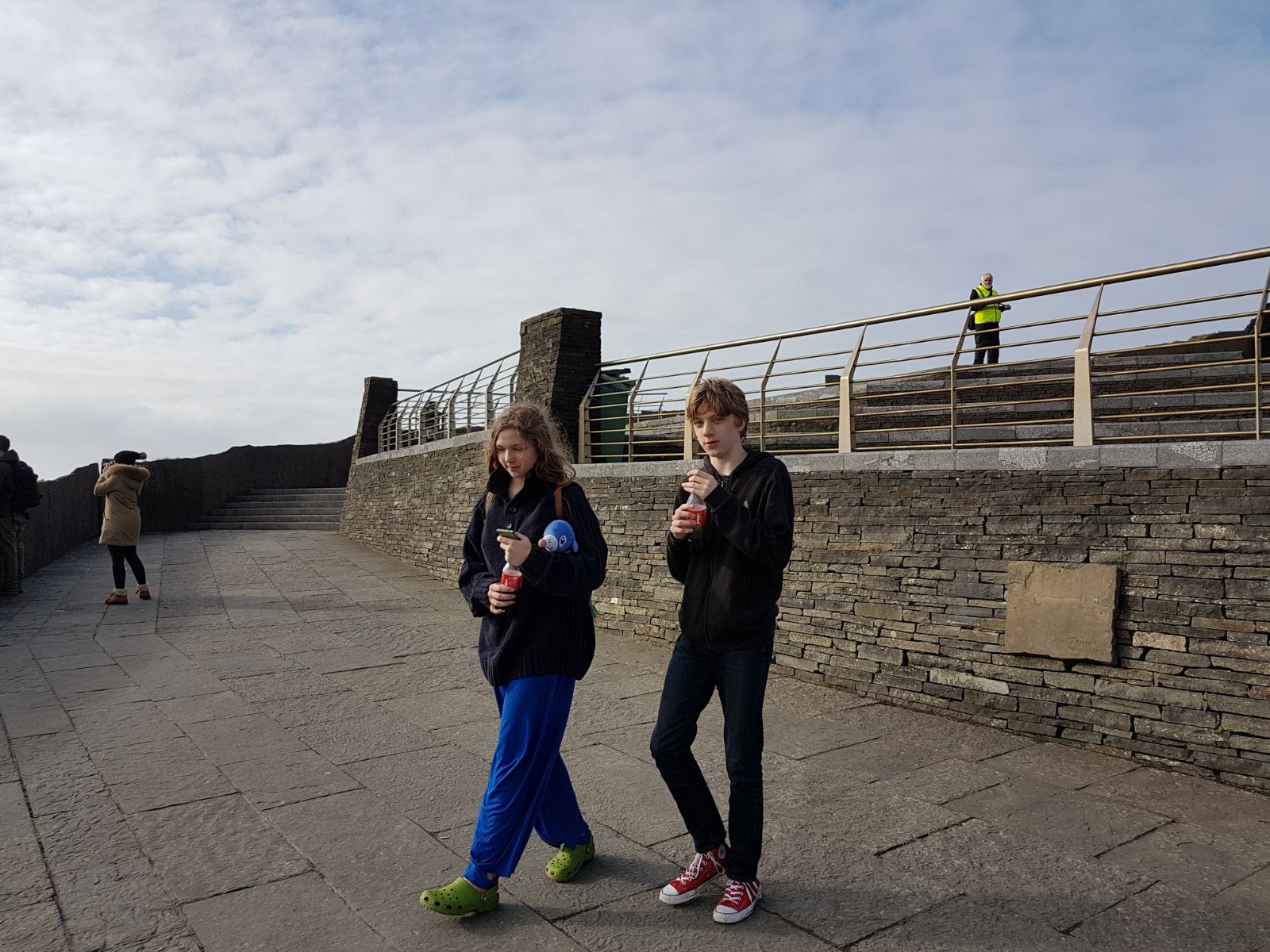 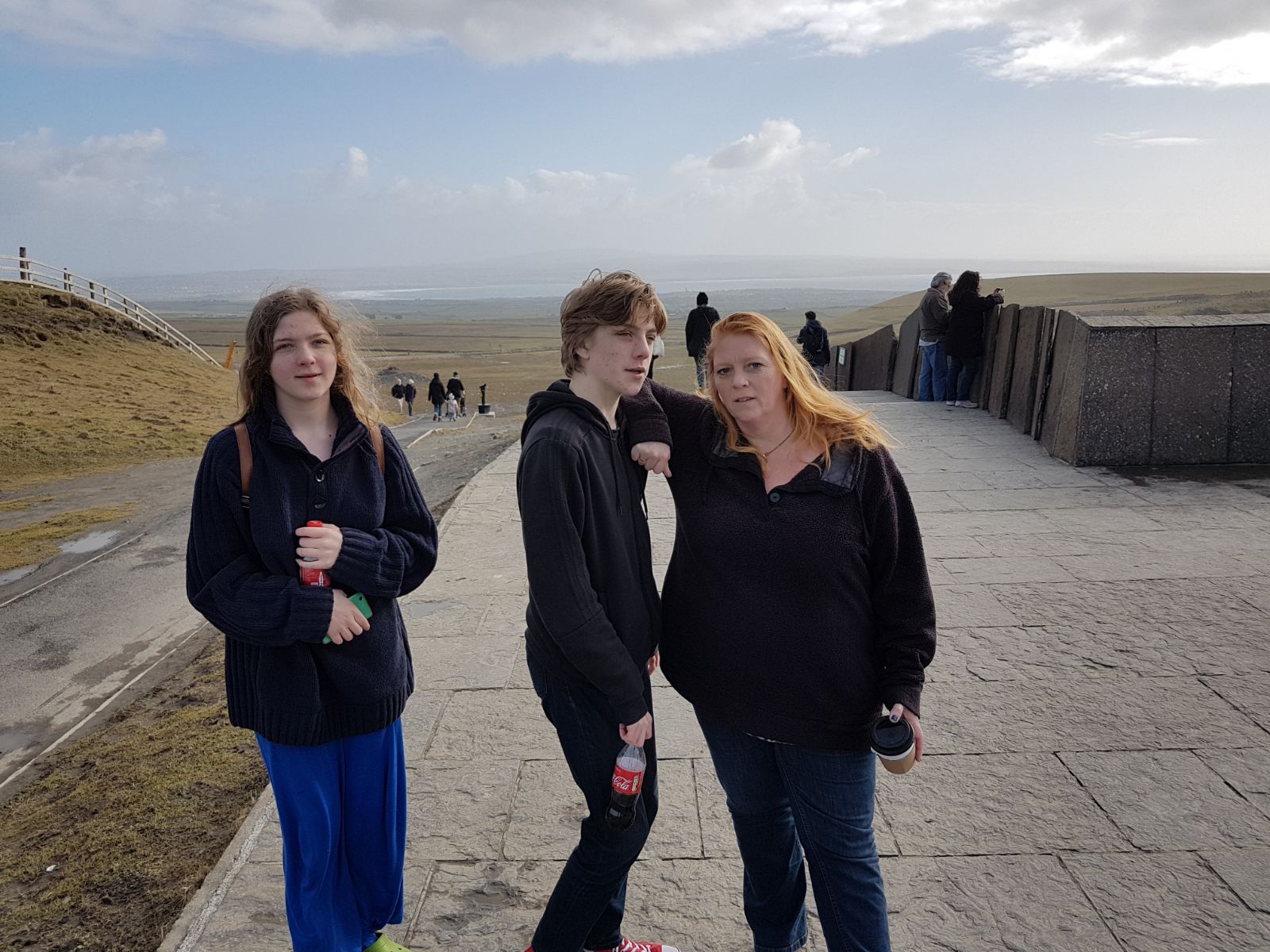 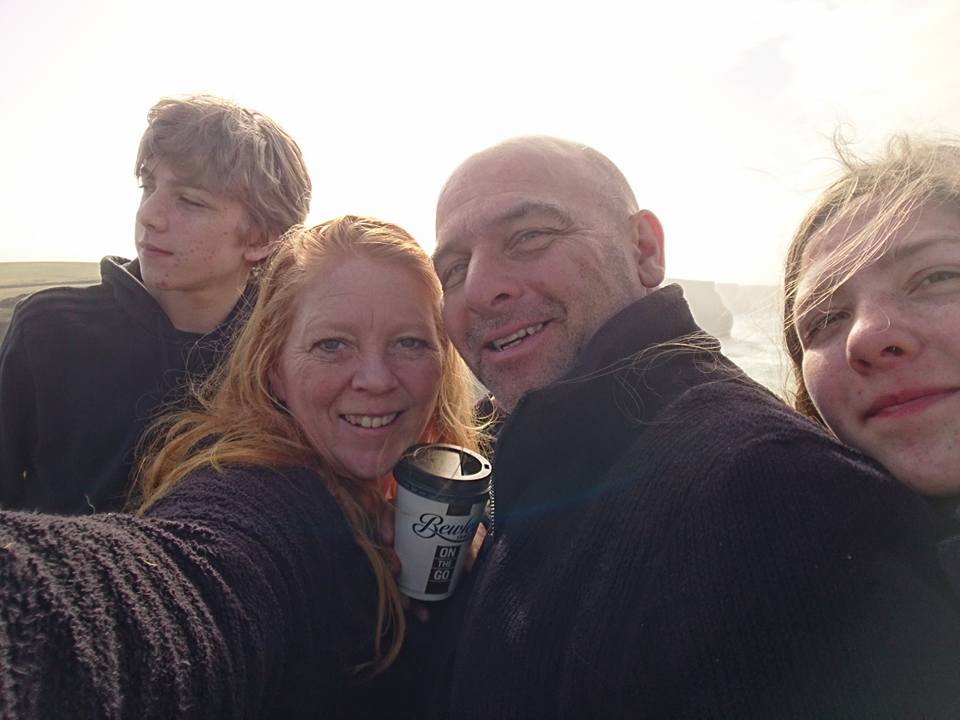 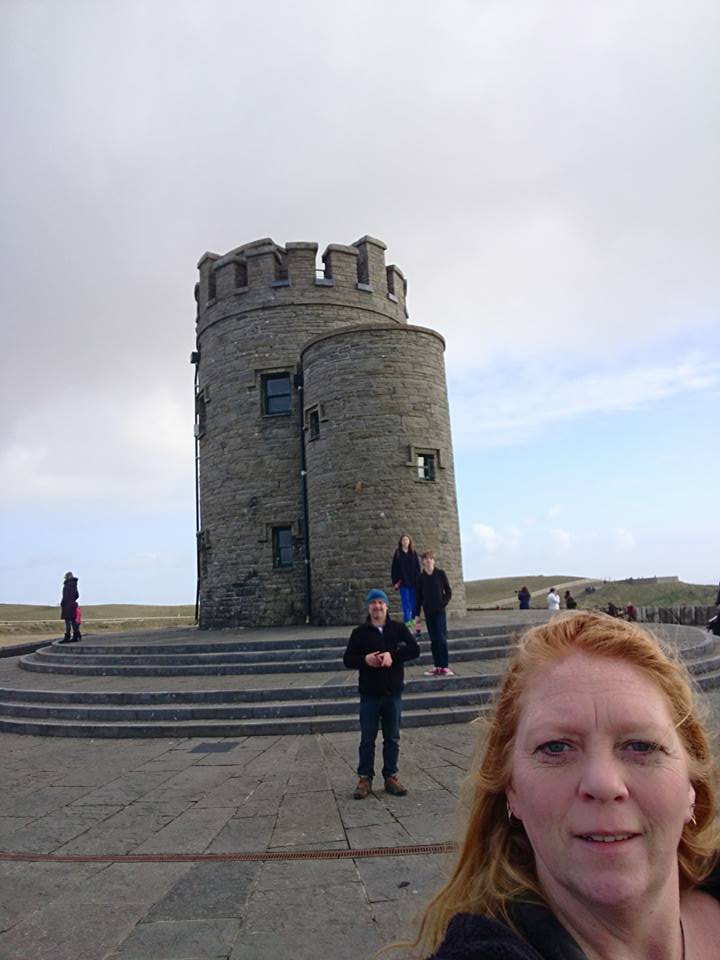 On the way in we had driven past signs for Aillwee Cave. 14 years ago, back in 2004 we came to Ireland for a 3 or 4 night stay. It was not a great trip; our car was broken into and all of our stuff was stolen and our ferry home was cancelled due to a ferry strike meaning we ended up on a much longer, later ferry with two toddlers, getting home around 3am with a bin bag taped over the broken car window. But we did have some good times while we were here including a visit to Blarney castle to kiss the stone, a day at Bunratty village, an open topped bus tour around Dublin and a visit to Aillwee Cave. None of us had much memory of the cave itself (Davies as 3 and Scarlett was 1 so they are excused!) but we do recall buying Davies a little torch in the gift shop which he promptly lost. We looked everywhere for it and assumed he had dropped it. Back in England when tidying out the car after the new window was fitted we found the torch. It must have been in his pushchair and fallen out when we folded it up to put it in the boot. That torch was in the toy box in the playroom for years and years and may even still be in the small amount of stuff we have stored. So we had to visit the cave on the way back today, if only to see if they still sold the torches.

But the cave tour was really good. All the usual stalactites and stalagmites, weird and wonderful rock formations, the tour guide turning off all the lights for complete darkness, the amazing acoustics of being metres and metres underground. 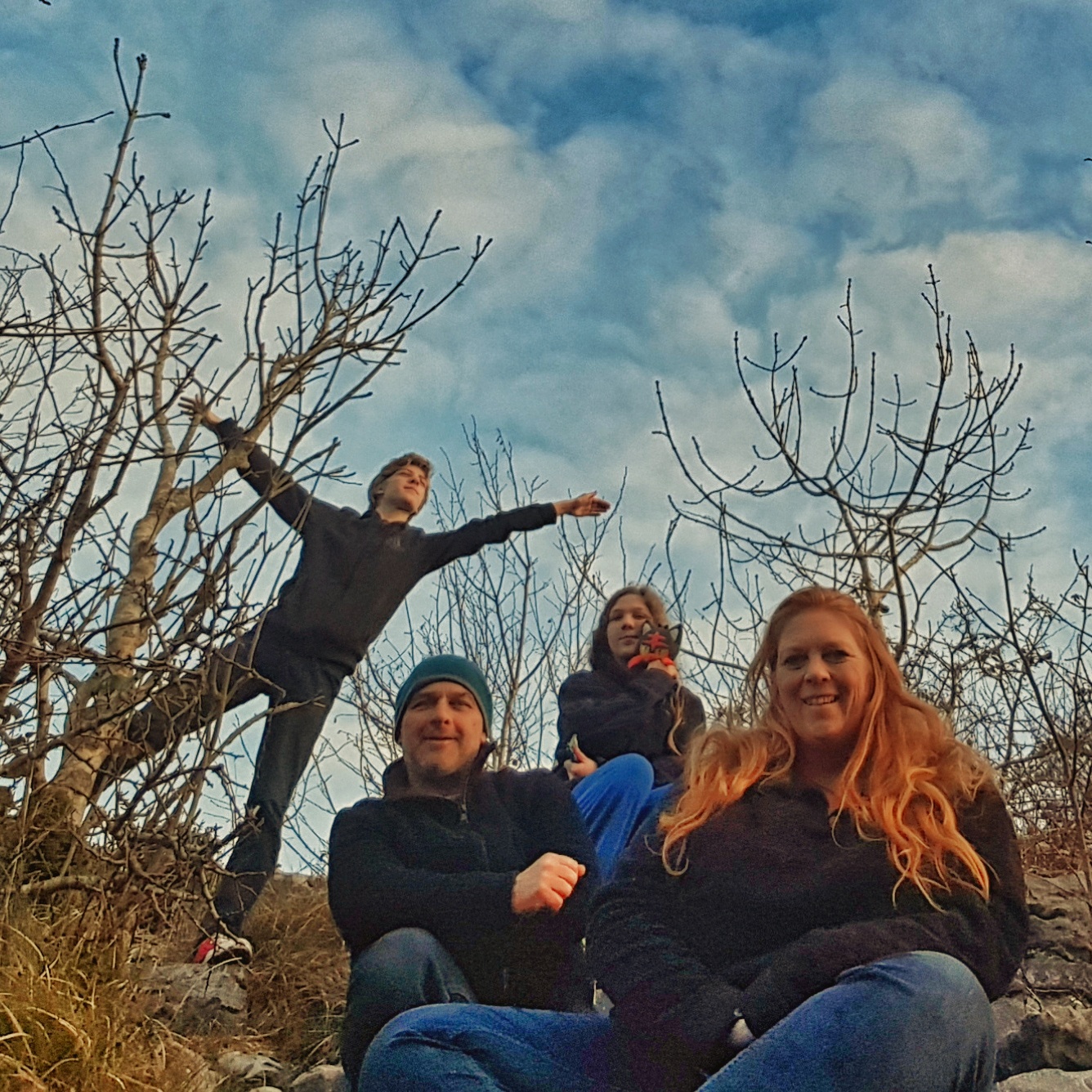 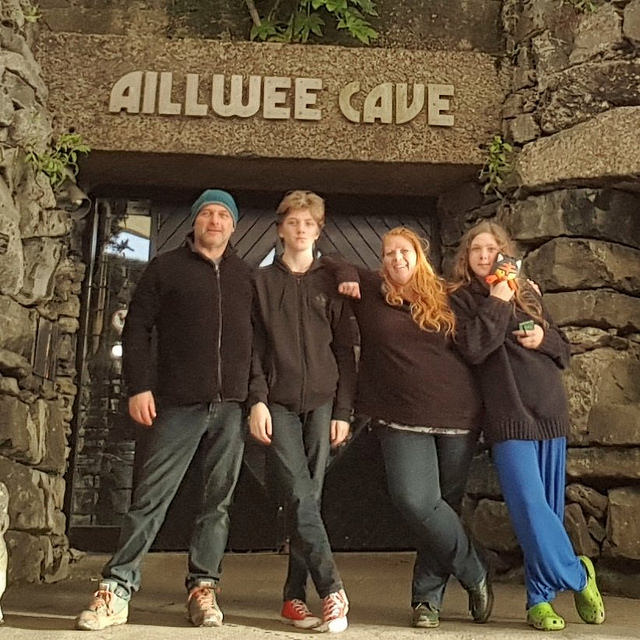 I have no photos but the drive there and back was stunning. On the way we passed feral goats grazing on the Burren, loads of cattle with calves and sheep with lambs and the strange landscape of rocks, the big flat paving slab like formations which look like giant jigsaw puzzle pieces and the miles of grey which looks like a moon landing video clip or as though all the colour has been removed from your view leaving just black and white and shades of grey. On the way back the sun was setting after a glorious day of weather so we had pink skies streaked with orange above the grey. We got home just as it was getting dark but saw a huge murmuration of starlings in the distance and a smaller but closer group (murder) of crows flying in much the same way which I’ve never seen before. There are masses of crows here, I’ve never seen so many.

All of the natural beauty and wonder of Ireland today for sure.

2 thoughts on “English people from Scotland in Ireland”