I have wanted to build a cob or earth oven ever since we went WWOOFing – no less than three of our WWOOF hosts had one in various guises and building our own has been on our to do list pretty much since we arrived here on Rum.

After we went on our cob course in May this year it moved closer to the top of the list but like so many things here the reality of making it actually happen was far harder than just intending to do so.

But it is now built! It needs to dry out, the door needs to be creating, cut out and fitted, the surround needs some aesthetic finishings and as yet it is all still very experimental but I thought I’d share where we have got to so far nonetheless.

Our cob mix is made from clay dug from the croft. We have pockets of clay under the top soil in various places, having dug about 20 test holes over the 8 acres we have struck clay in sufficient areas for us to feel confident of having enough for an eventual house build. As ever we try to ensure we are meeting  as many objectives as possible with every action we take so simply digging a hole without a plan for said hole is not really an option. There are always drainage ditches required to improve the croft, we may at some point want some terraces dug but this time we had a need to deal with a larger than usual supply of human waste thanks to a lot of visitors staying with us and less sunshine and heat to aid the composting ability of our loo. Winning – a hole to excavate clay becomes a pit to bury some not quite composted humanure to complete it’s process in the ground.

The sand component was equally easy – where the river floods in high rainfall periods part of the river bank is being eroded away, creating less spaces for riverbank nesting birds and presenting a long term problem for flooding the lower end of the croft and the nature trail which goes around the croft perimeter. So a bit of digging out of the sand to assist in the river flowing away better was also no bad thing. So a couple of days collecting clay to soak in a pit and have small stones sifted out by hand, barrowing up a few wheelbarrow loads of sand and spreading it out to dry, mixing the correct quantities of both together on a tarp by way of the cob dance and we had the first batches of Croft 3 cob ready to go.

The base of the pizza oven is four reclaimed pallets, kindly sent to us by the ferry company who have an excess of them kicking around at the pier on the mainland and are only too happy to stick them on the boat. We also get animal feed deliveries often stacked on pallets. Topped with some paving slabs which were long since left over on a job on the island and were spares we were gifted for our project we had our base. Eventually we will fill the cavities with firewood ready to burn to cook from and make the sides more decorative but for now I quite like the cobbled together ramshackle feel of the base. 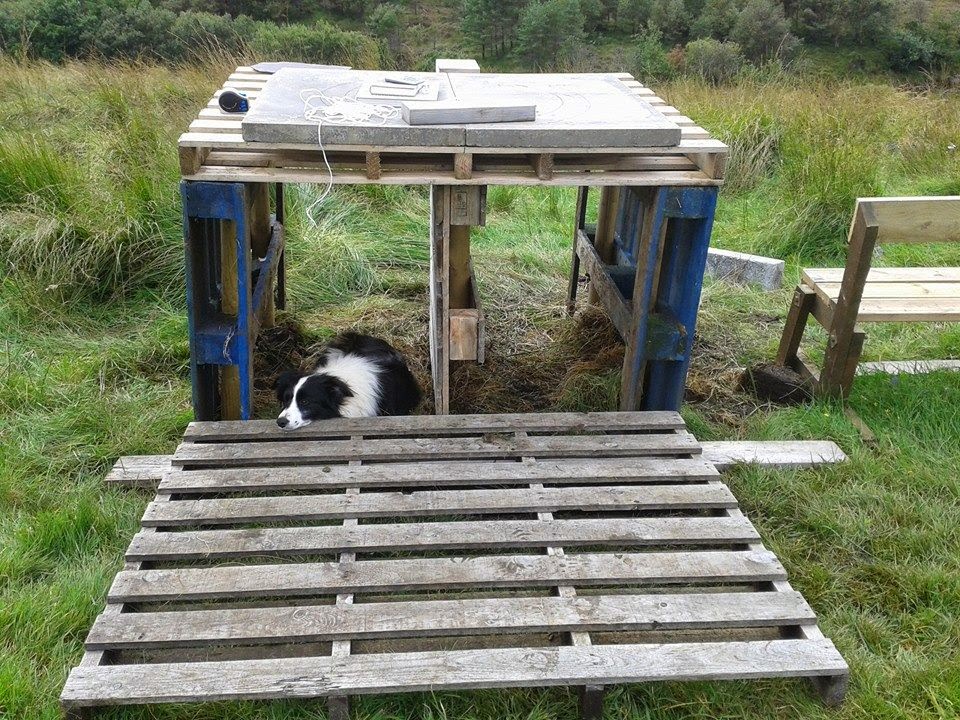 Next came the science bit – it required precision tools, mathematical equations, tape measures and a pencil tied to a bit of string!

There were words like radius, diameter and the need to draw circles, do maths and keep notes of various numbers.

First of all a perfect circle of a thin layer of cob to be the base of the oven. We left this to dry out really well for two days after which it was as hard as concrete. Next came the sand former – a dome shaped sandcastle ready to be the internal support for the cob while it dries out sufficiently to become self supporting.

Next – and I would dearly love to gloss over this part as I failed utterly miserably at making it happen, battling with torn off strips of newspaper, shouting at the wind, having bits blown away and chased by ducks. Ady however, is master of all I stumble over and came in and made a perfectly domed cap of paper in an effortless fashion.

Finally it was cob o’clock and in just a couple of hours we had a cob covered dome which is now nestled under an old tent to dry off a bit. 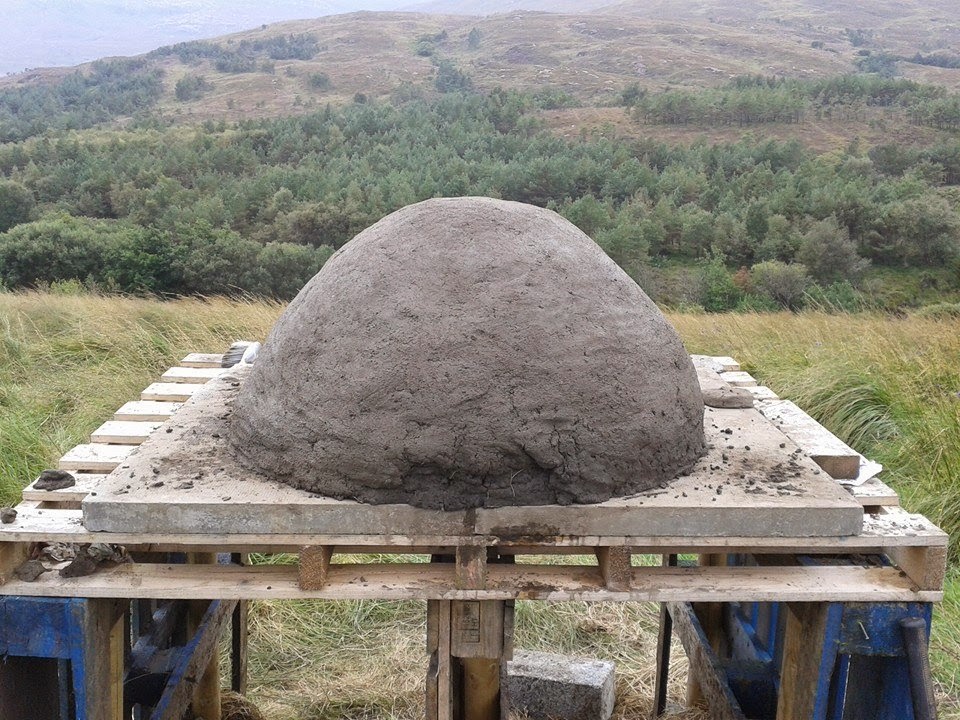 Tomorrow we face daring deeds such as cutting out the door shape and scooping out the sand. Again without a safety net. We do like to live dangerously!