After the sagging incident we spent a week lighting small fires in the oven to harden it off inside. We cut out some of the sagged cob to ensure the door still fit and then made another batch of cob, this time with straw. This time it took just an hour or so to make the cob and layer it on. The weather has been so perfect for cobbing that the east, south and west sides were dry by the end of that same day. We filled in the slightly dented north facing side and then had another few days of small fires to bake off the inside.

By Friday we decided it was time to test it out. So, pizza dough rolled super thin, fire lit for about 90 minutes until the outside of the oven felt warm to touch and the inside felt too hot to put your hand near for more than a few moment. We decided to push the ashes to the sides of the inside of the oven although you could scoop them out instead. We had already checked that our door opening was wide enough for our pizza trays.

Pizzas cooked in about two minutes – the whole thin pizza bubbles and the edges brown slightly giving a real stone baked flavour and texture to the pizza. We scoffed two pizzas between the four of us and they were divine. 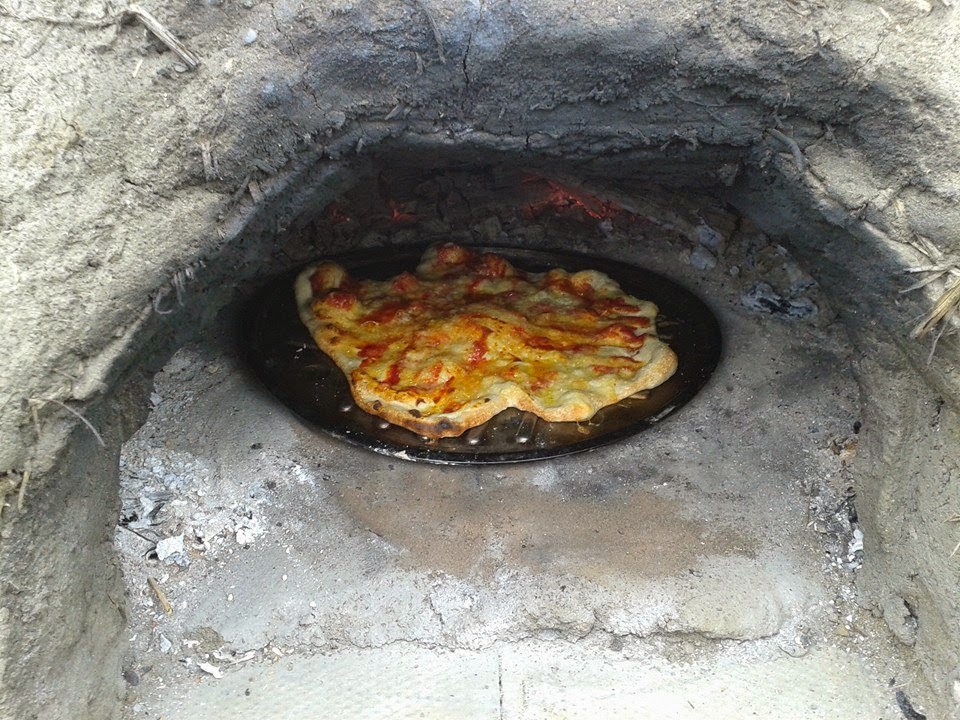 Next we want to create a lime render to the oven, it will look nicer as a finish but also provide a waterproof coat to protect the cob. We could try and create a roof but a lot of the Rum rain falls horizontally! We could put a tarp over it when not in use but it is windy here so that may prove tricky to keep in place. We also want to build a table for constructing and serving pizzas and maybe clad the outside of the pallets to make it look nicer.

Mostly though we just plan to make lots more pizzas!