I seem to report on the weather rather a lot here. We do live very closely with nature and so tend to both notice and be affected by the weather and of course so much of what we do on a day to day basis is influenced by and impacted on by the weather in terms of livestock and crops, choosing to do laundry or collect firewood, wear sunscreen or waterproofs. And indeed head down to meet a ferry to send stuff off or collect it, or not bother as in the case during this last week the ferry was cancelled due to poor weather. Which meant a friend arrived for a visit a day late, the annual ceilidh celebrating community land ownership (nine years this year) didn’t happen as the band and many of the intended ceilidh-goers couldn’t get here and our very first etsy sale did not leave the island as intended on it’s way to it’s new owner.

In the last week we have had all of the above – sunscreen and sitting outside, cancelled boats and howling winds. We’ve also had plenty of days of perfect alternative energy with both the wind turbine and the solar panels giving us oodles of power.

We had a meeting with Marine Harvest – the company who are building a fish farm off the coast of Rum along with a shore base and housing development on the island, creating new jobs, new houses and new opportunities for existing and prospective islanders. To welcome or not welcome them was a much debated and considered topic for the islanders over the last couple of years and after a lot of serious thought we have gone ahead and will hopefully secure a more sustainable future for generations to come here on Rum with employment and investment in our little island. On a day to day basis this is likely to have little affect on us here on Croft 3 although it is great to see the island population numbers boosted and new faces calling Rum home, along with offers of help with island infrastructure and issues with transport and logistics. Several of the issues which scuppered island plans over the last week or so may well prove to be issues of the past once Marine Harvest are set up here with their two all weather boats heading back and forth to the mainland on a regular basis.

Ady and I got the strawberries all moved across to their new area and covered with plastic hoops. We have plenty of strawberry flowers so are very hopeful of good crops this year. We also have promising blossoms on our apple and cherry tree and our currant bushes so it could be a good year all round. Early jam sale mean some currant and berry crops helping to bolster our stocks before the bramble season begins would be very welcome. This years new lines in the shed are starting to sell well with a cuddly pony, several badges and keyrings all selling. It’s really great to see new ideas proving popular and worth the investment of time and money on materials paying off. 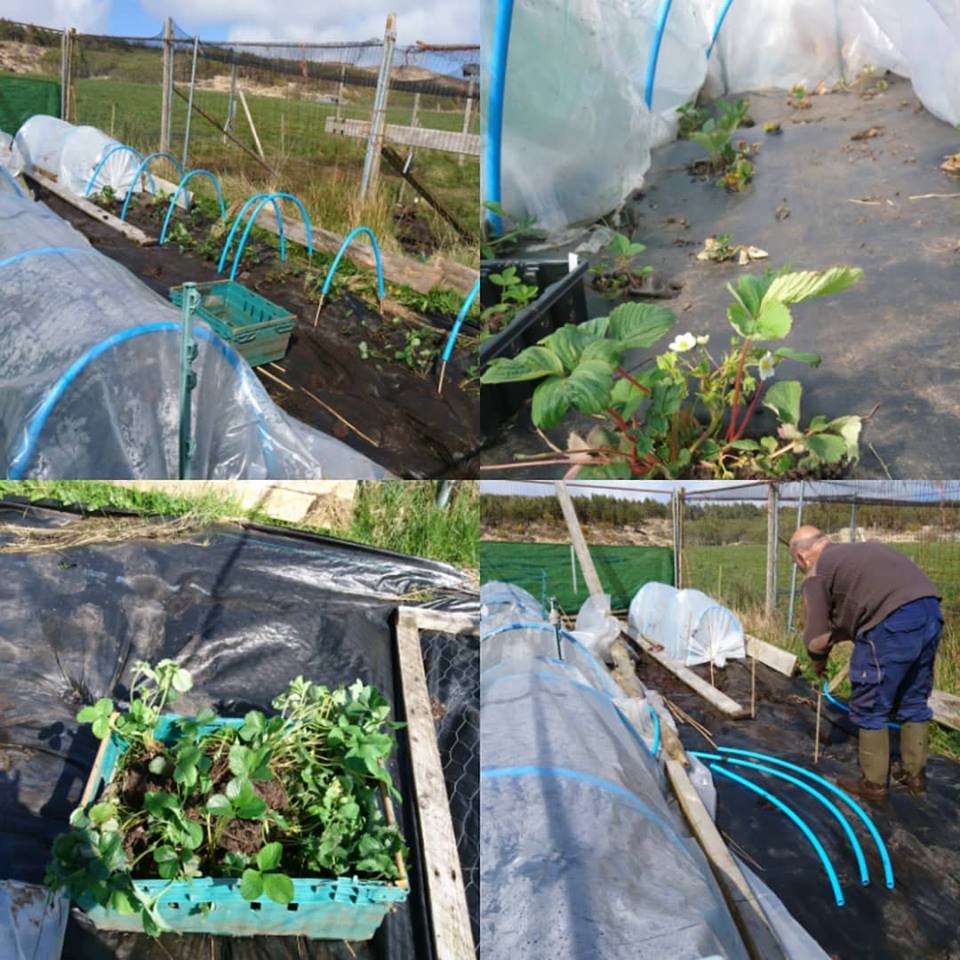 Mrs Turkey finally returned home to the croft having been away sitting on eggs for weeks. Sadly she returned alone; we did find her nest but it was empty. There were a few smashed egg shells around so she had laid eggs but whether they were infertile and she gave them up to the crows and ravens or she did manage to hatch chicks which were taken we just don’t know. Mr Turkey is very pleased to have her company once more though and has stopped his almost incessant calling for her. 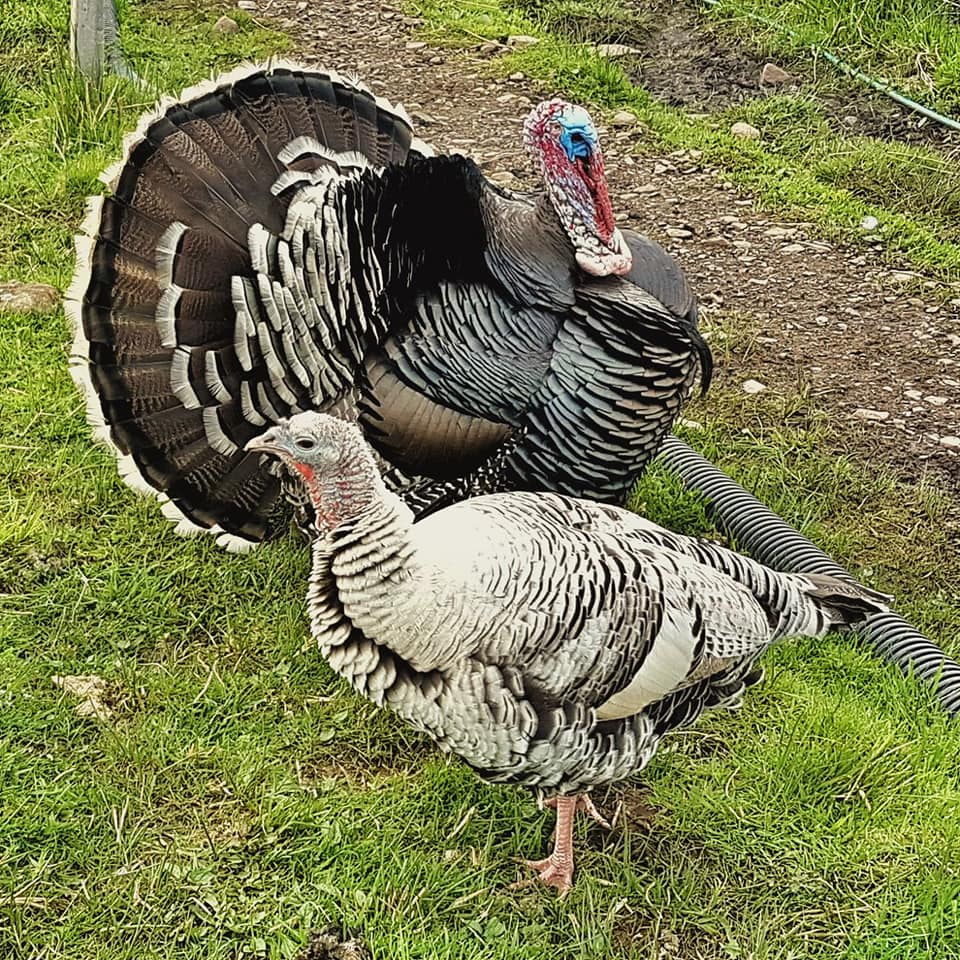 The broody hens have been slightly more successful hatching a few chicks between them. They are not all making it but we are not intervening and leaving them to see how they do left alone. At least we know our single cockerel is fertile. 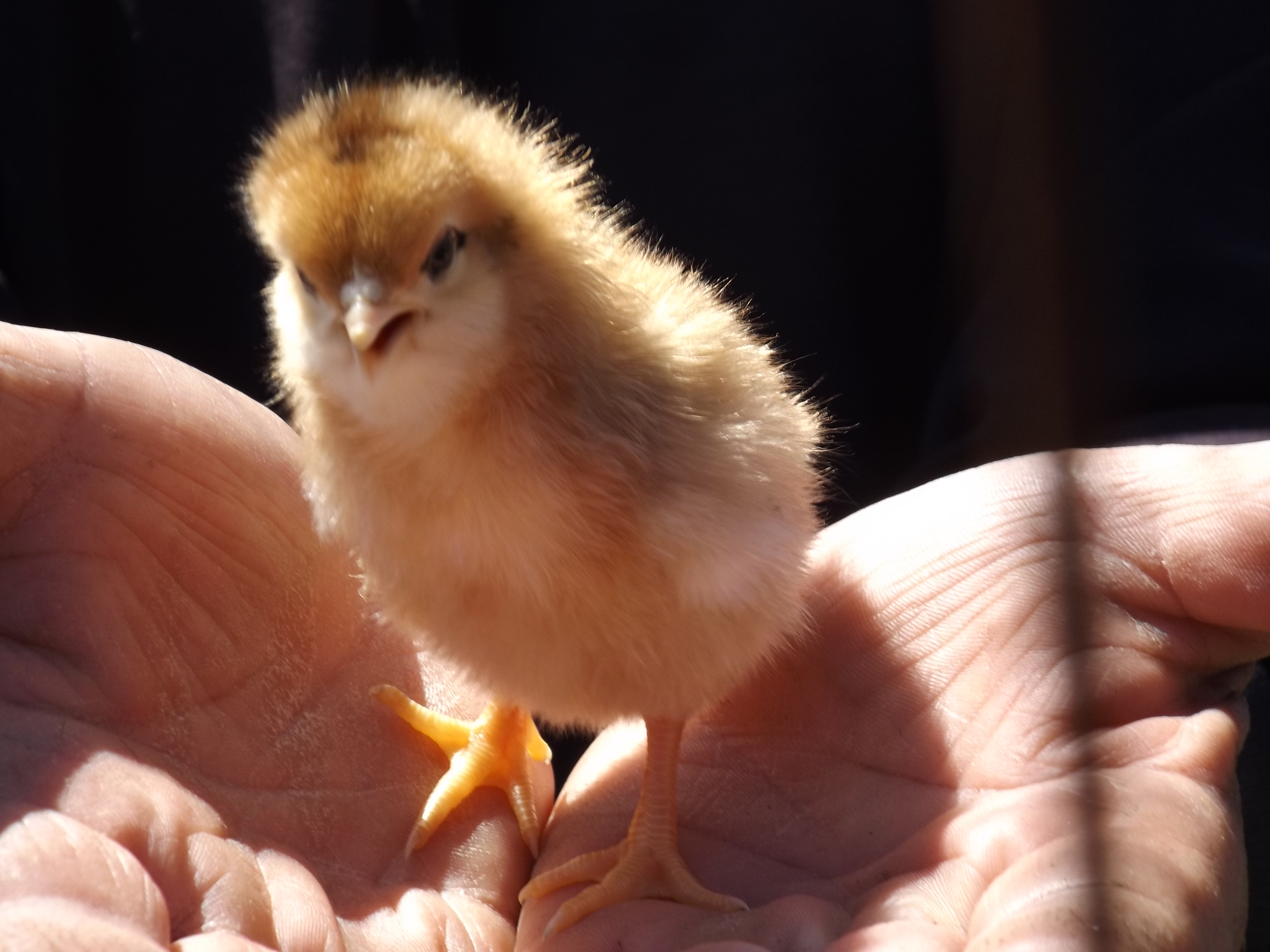 The biggest birthday on the croft though was Ady’s this weekend just passed. We celebrated with an evening at Rum shop with island friends, a whisky club night which is a Rum tradition and a barbecue with friends on the croft with our own sausages and lovely brownies. The sun shone for all of the above and Ady declared it one of his favourite birthdays ever. 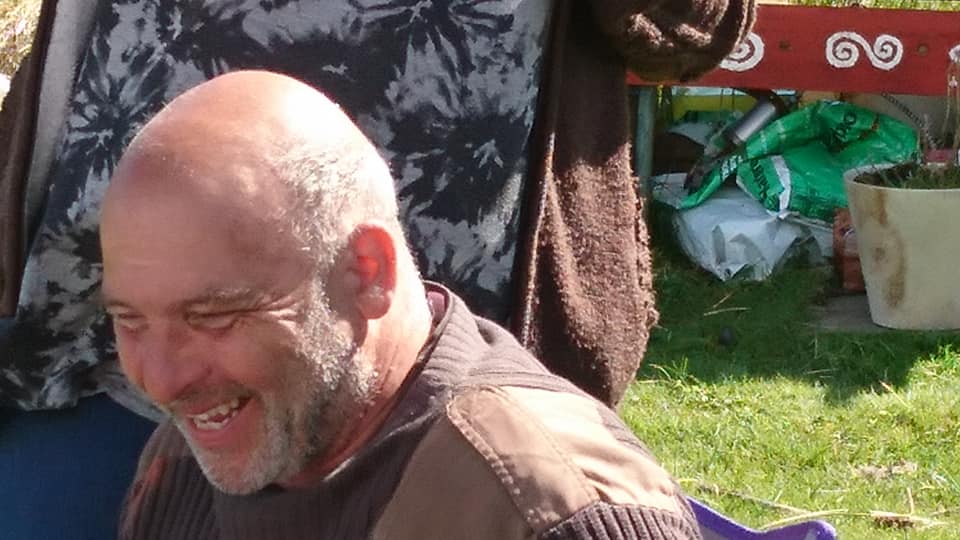