We love Christmas. Ady and I loved it before we had Davies and Scarlett, even though as retail managers in our early careers it meant a time of long working hours, lots of stress and finding yourself humming Christmas songs right through from October onwards. Ady worked in Garden Centres so was selling real Christmas trees, artificial Christmas trees, Christmas decorations and poinsettias while I had various retail jobs including working on the tills at B&Q as a teenager learning the barcodes of the two types of netted real trees off by heart, branch manager of Clinton Cards lurching from one ‘season’ to the other, putting away the ‘congratulations on your exam results’ cards and getting out the ‘Christmas wishes across the miles’ cards in the same week as people began thinking about sending cards to Australia months ahead of the big day, gradually extending the footage of cards each week until half the shop was given over to festive cards and cuddly toys with santa hats. I loved working on Christmas Eve and catching the blokes heading home after an early finish at work, a few drinks in the pub and a desperate realisation that the one job they had to contribute to a family Christmas was buying a card and gift for their wife and selling them overpriced cuddly toys and Forever Friends figurines! My final retail job was for Bhs, working as the womenswear, menswear and shoes & accessories manager. We gave over a large amount of floorspace to the ‘Christmas Shop’ so were selling glittery tops and sparkly dressed along with festive ales, novelty plastic reindeers that pooped jellybeans and musical cookie jars shaped like Santa that said ‘Ho! Ho! Ho!’ when you opened them.  December was a nightmare of staff rotas, early mornings to restock shelves, late nights covering late night shopping events, managing queues at the tills, avoiding or succumbing to and staggering through all the seasonal germs from all that contact with thousands of customers, work Christmas parties and getting home late on Christmas Eve after putting in the sale after the store was closed ready to be back at work early on Boxing Day to deal with the bargain hunters in their droves. It was frantic, busy, often stressful but in it’s own way magical and filled with traditions.

Fast forward to our early day of parenthood when Ady still worked in retail or retail support and a whole host of brand new traditions, now bound up in having a December birthday which we were determined not to have overshadowed by Christmas. Trips to see Santa, end of term for events like Rainbows, Scouts, Badgers, Home Education groups all having their own Christmas parties and our December tradition for many years of a get together with Home Educating friends for a Christmas Camp in a youth hostel coming together to celebrate an early Christmas with crafts, cooking, full Christmas dinner, decorations and a secret santa gift exchange. We carolled, we went to various nativity events and at least twice we had snow! The actual day was filled with family magic from crazy early starts waking with small children beyond excited at the piles of gifts under the tree and Christmas dinner shared with extended family.

Our Rum Christmasses have bought us new traditions and customs. Our annual Christmas cake making back in October, our trip out into the woodland early each December to select and fell a tree, gathering natural materials to make wreaths, decorating our tree with an ever increasing collection of hand made, home made or gifted ornaments including new ones collected or made each year, celebrating the solstice and really feeling that turning of the season as the light fades and then grows again. The school play, mulled wine and mince pies at the village hall and an island secret santa gift exchange. Christmas dinner planned around seasonal food we have reared or processed or grown ourselves. We choose 24 Christmas films to watch, one a day, as an advent film count down from December the first. As the years have passed and the children have grown some of the customs have passed to them – I still make the mincemeat each year but Scarlett is now the better pastry maker, we all take turns in stirring the Christmas cake but she will be the one designing and decorating it a few days before Christmas. We rarely send Christmas cards but over the years when we have done it will be one of Davies’ handdrawn designs gracing the front.

We have been making new decorations this year – Ady has cut some slices of wood and created candle holders, I have been foraging for holly, ivy, willow and hazel and making wreaths and reindeer – Scarlett and I made a giant one today. I’ve been crocheting items for a special order and making a few gifts and new decorations for our tree too. I’ve learned a few Christmassy songs on my ukulele and if the weather is kind and the ferry runs we have a couple of nights on the mainland next week to do some last minute shopping and stock up on some food and drink treats too. Now if it could just turn cold enough for snow over the following weekend in time for the big day that would be about perfect! 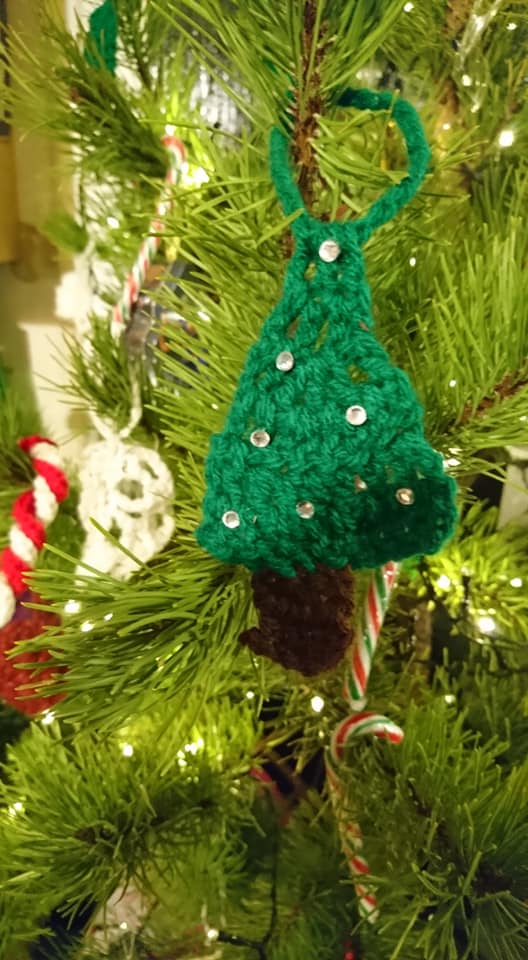 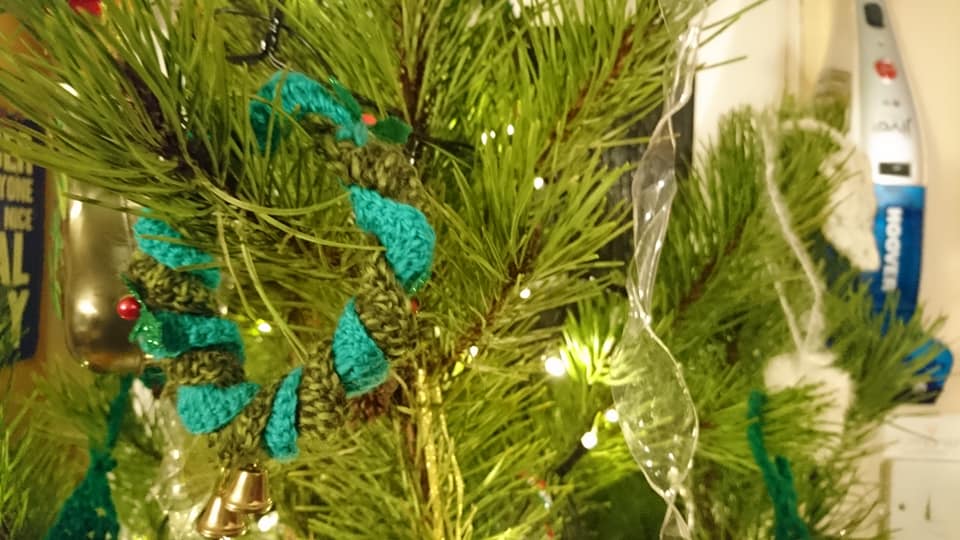 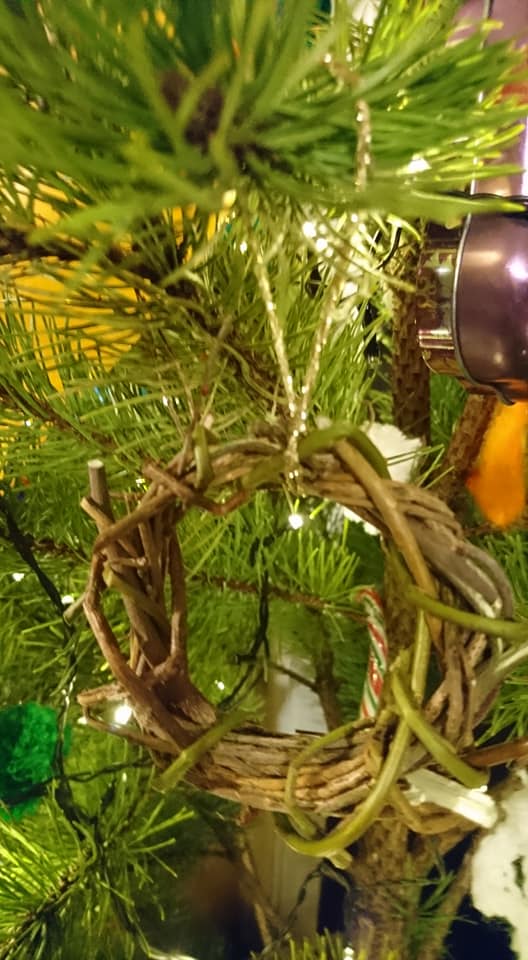 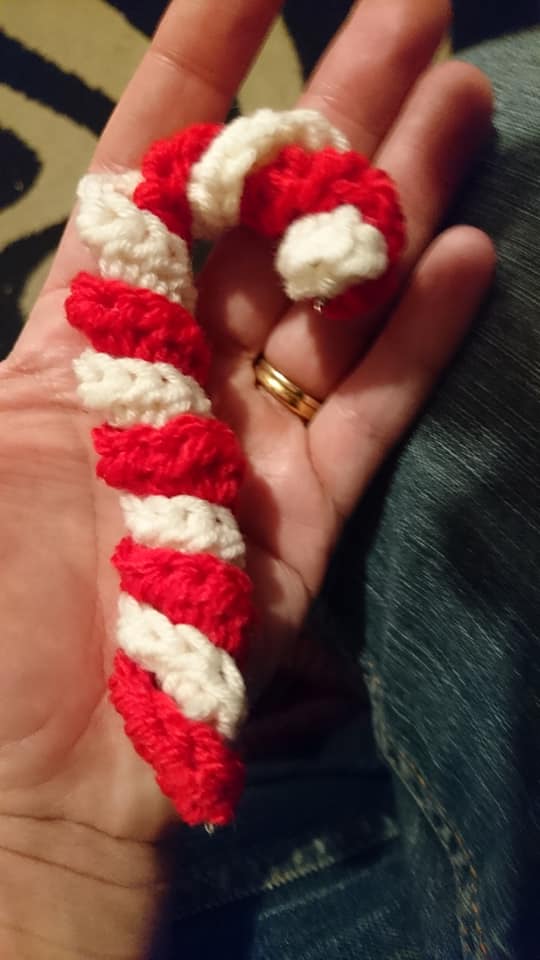 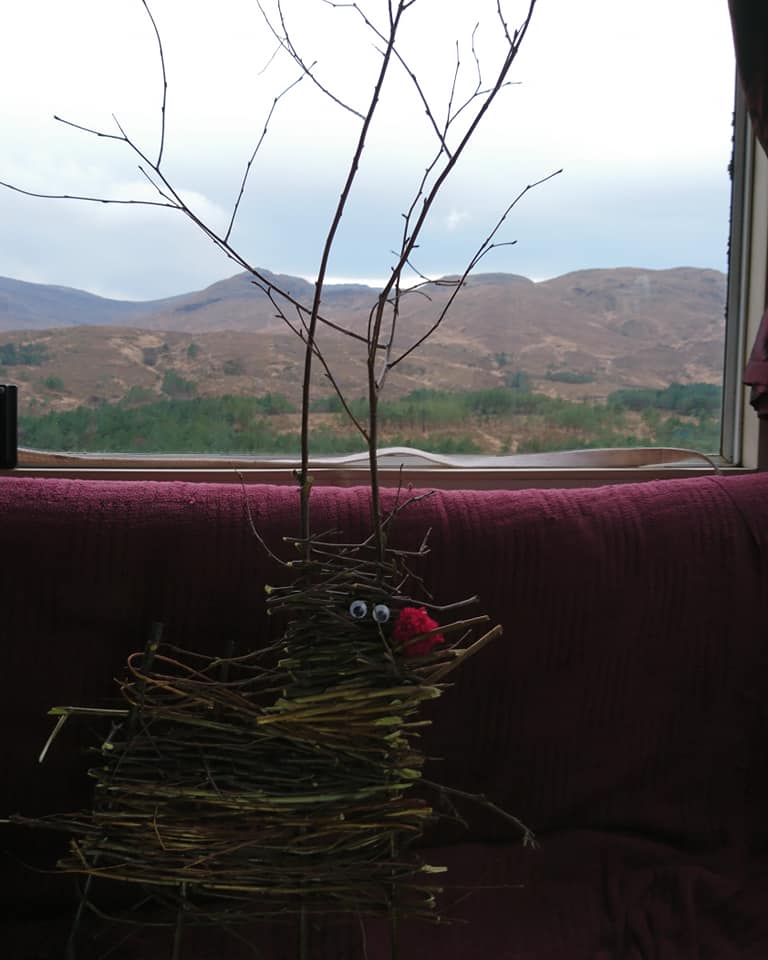 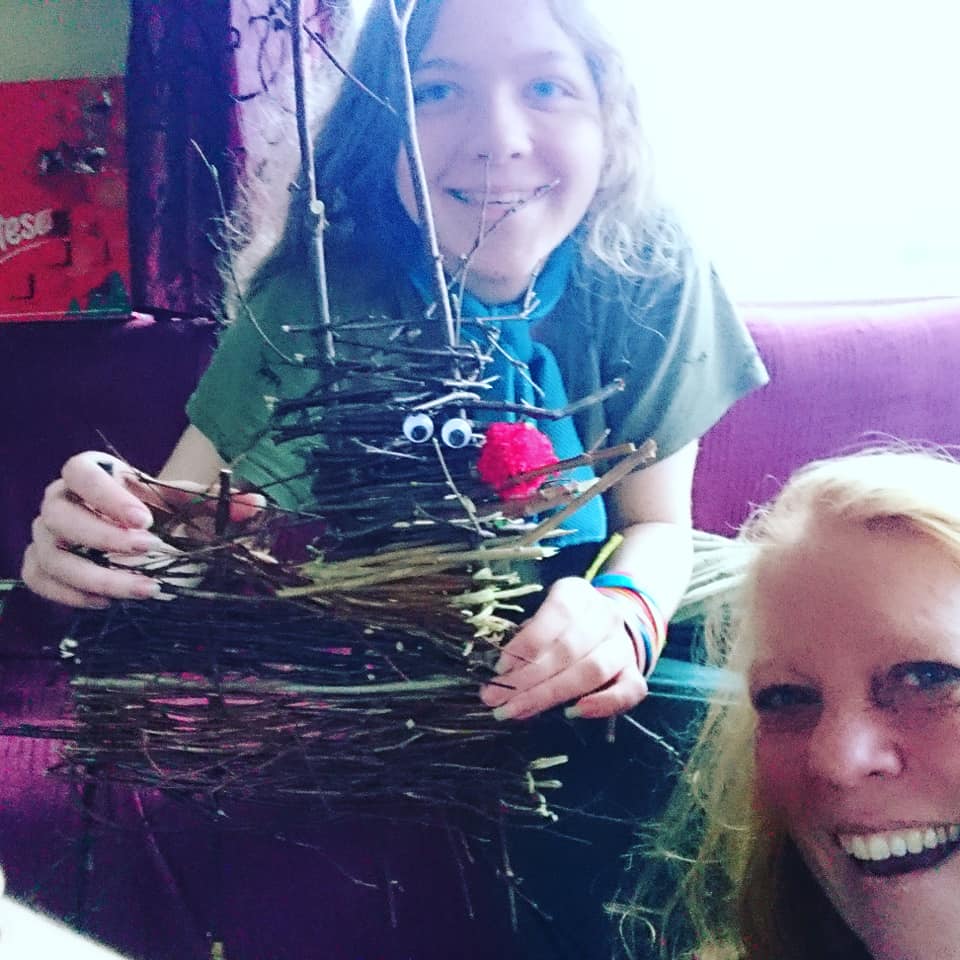 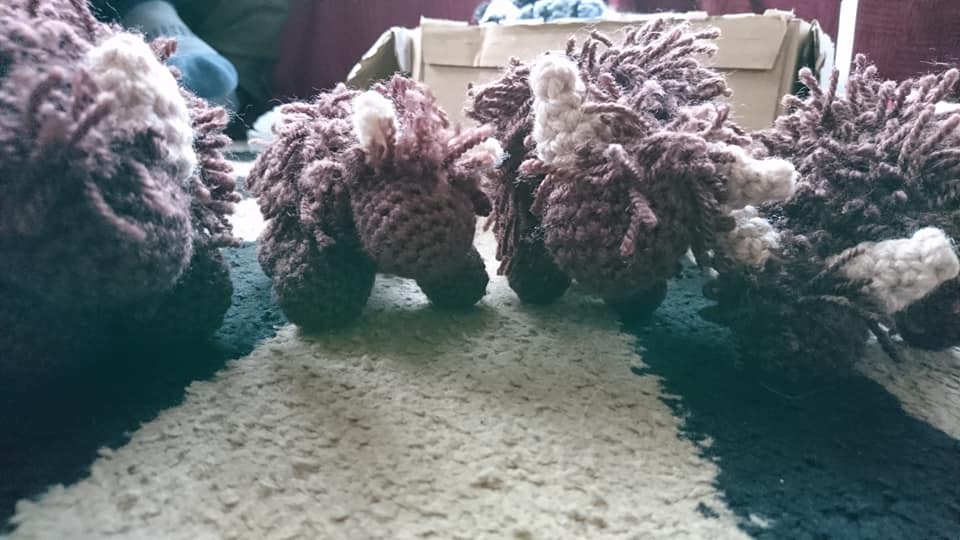 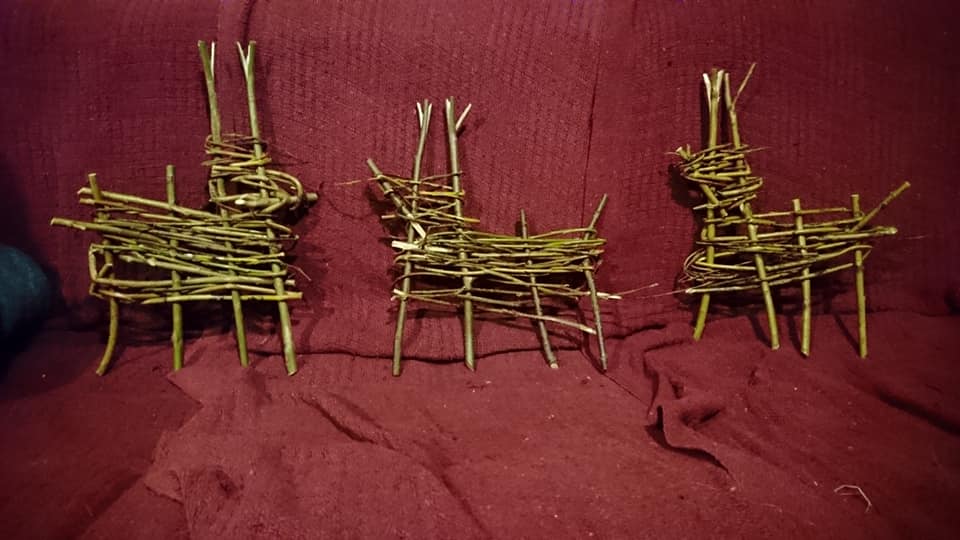 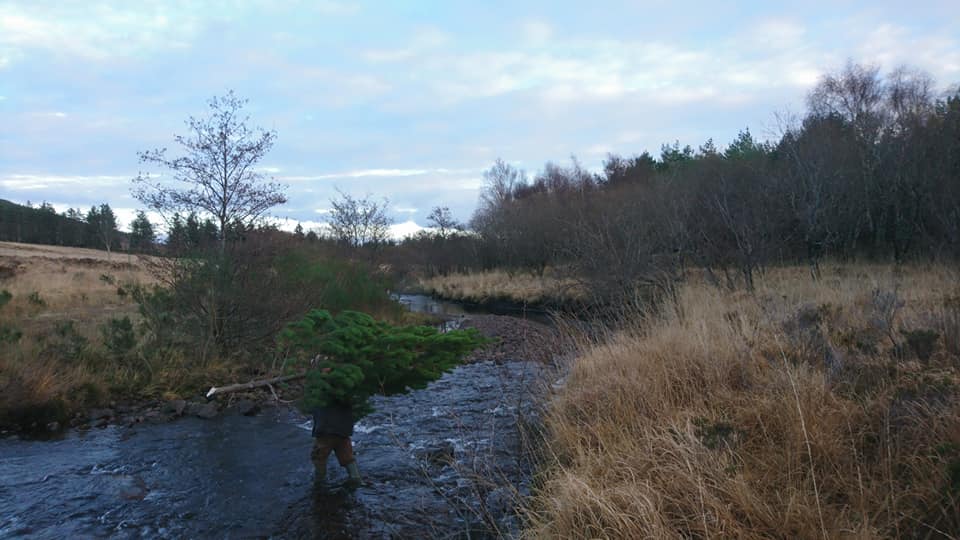 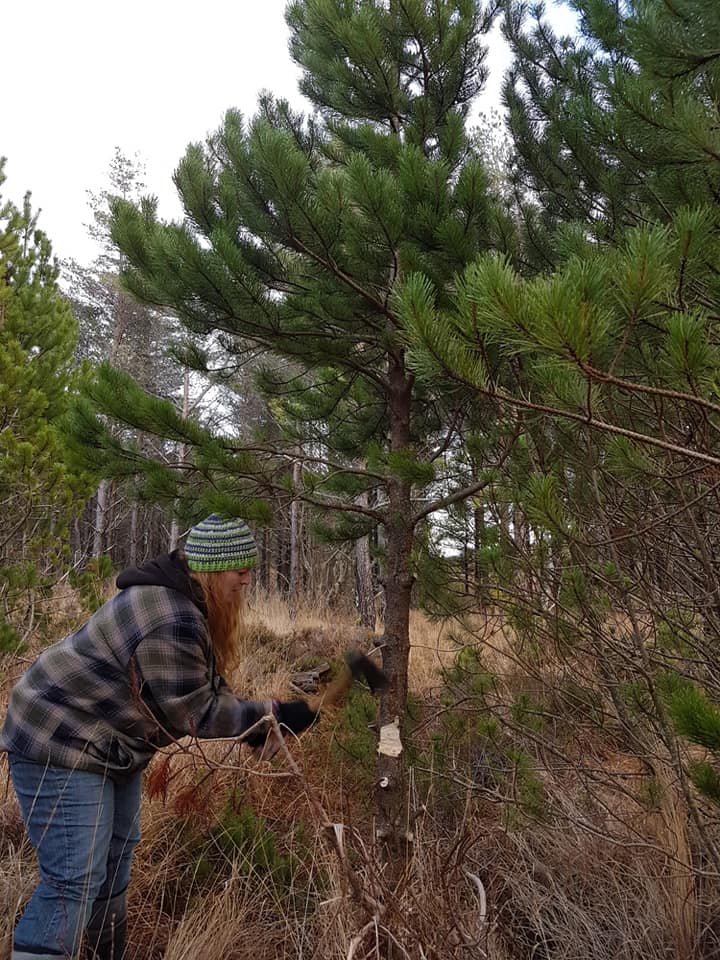 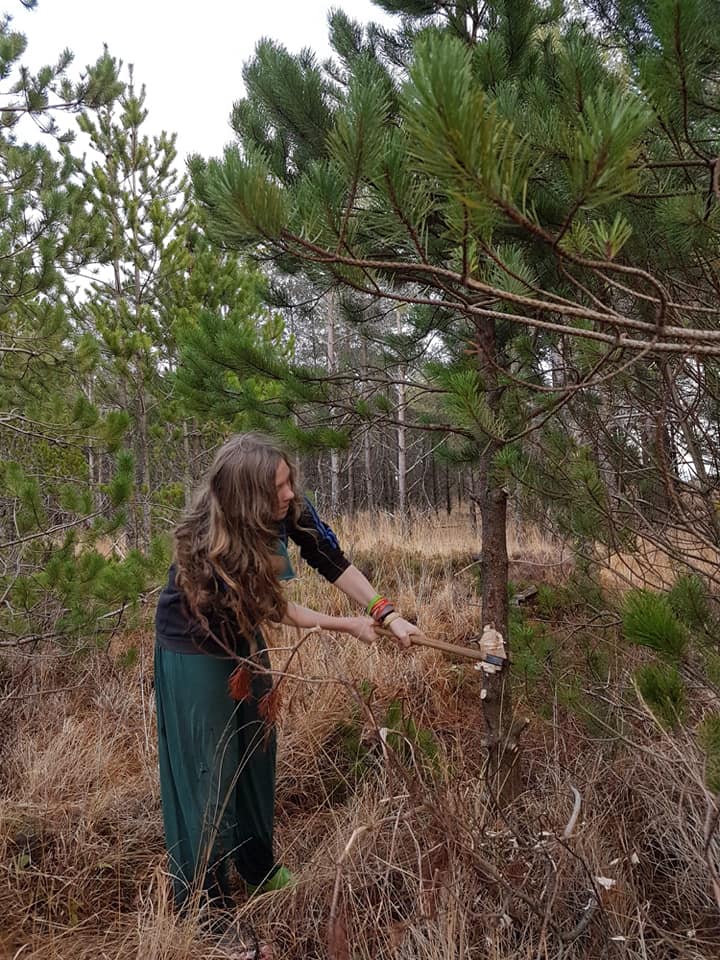 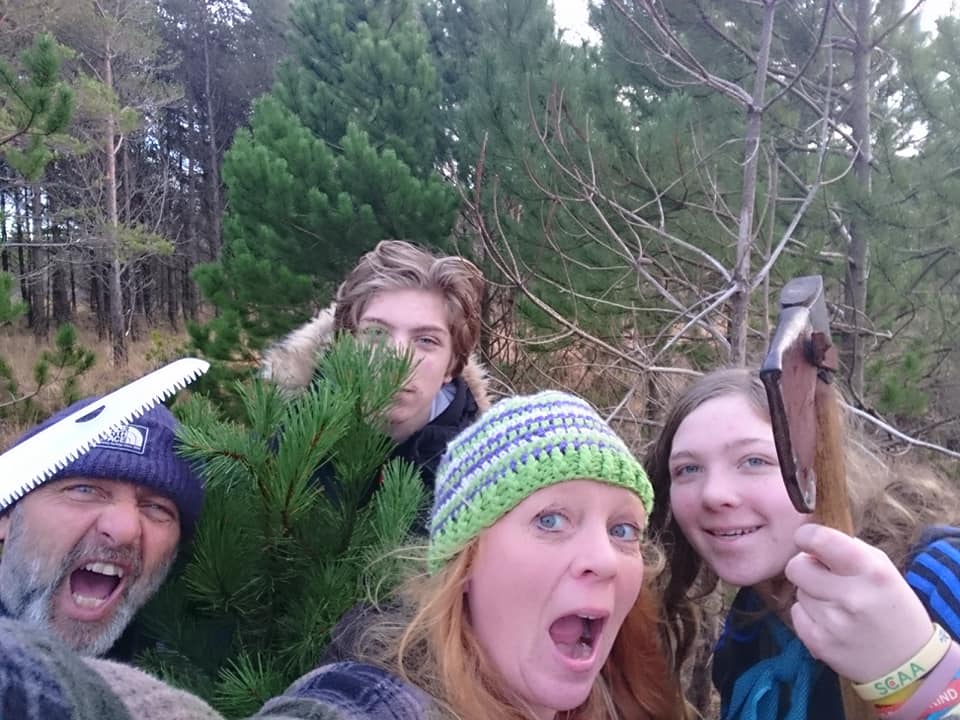