The cold and the rain have contrived together to keep me mostly indoors for the last week.

So I have been making bags.

I’ve made a blue shoulder bag: 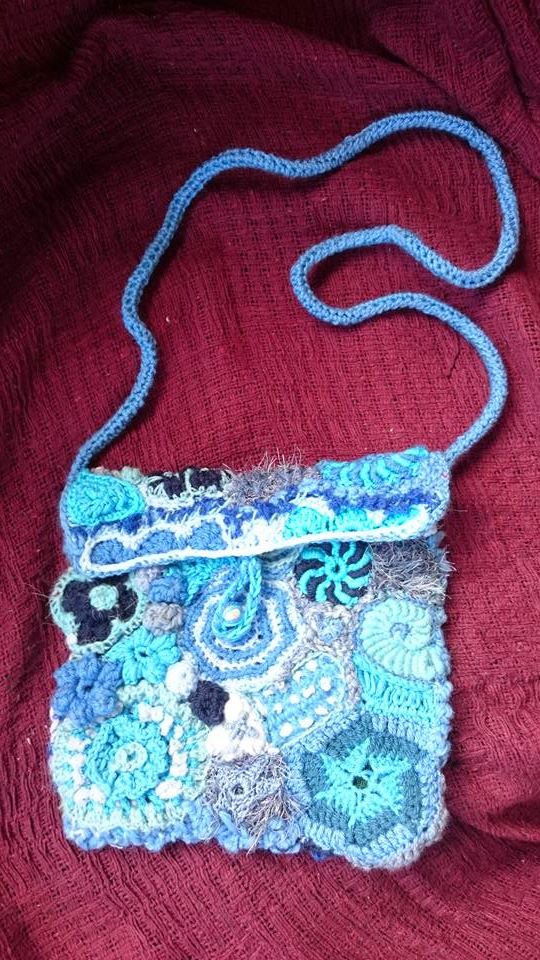 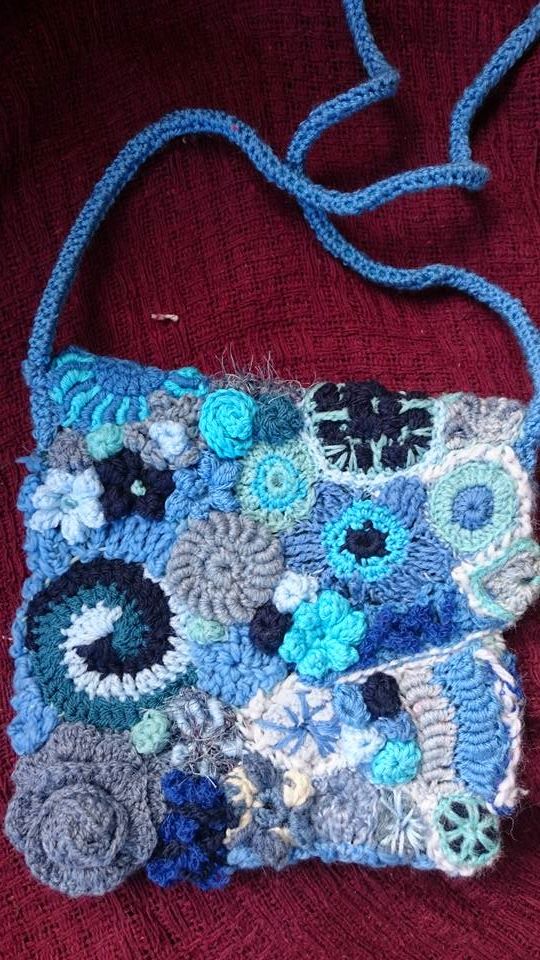 And a green and yellow clutch bag: 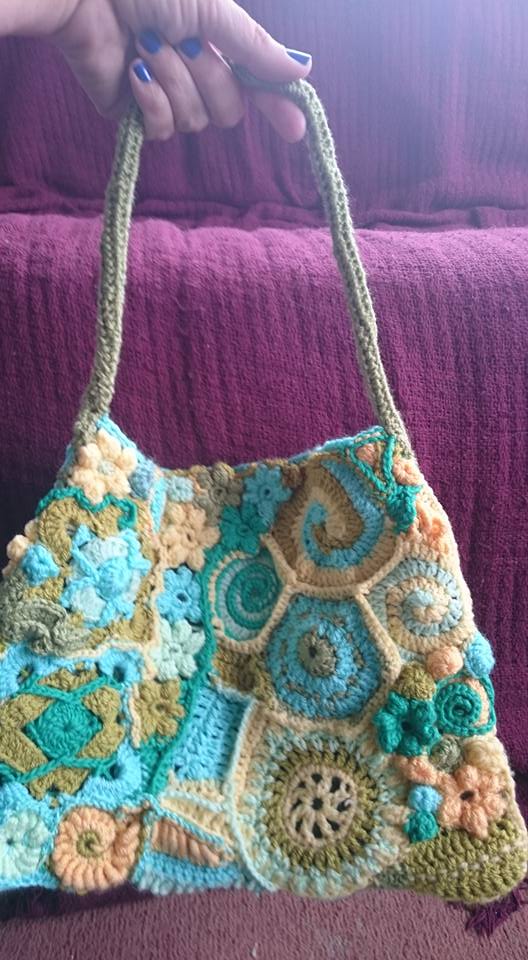 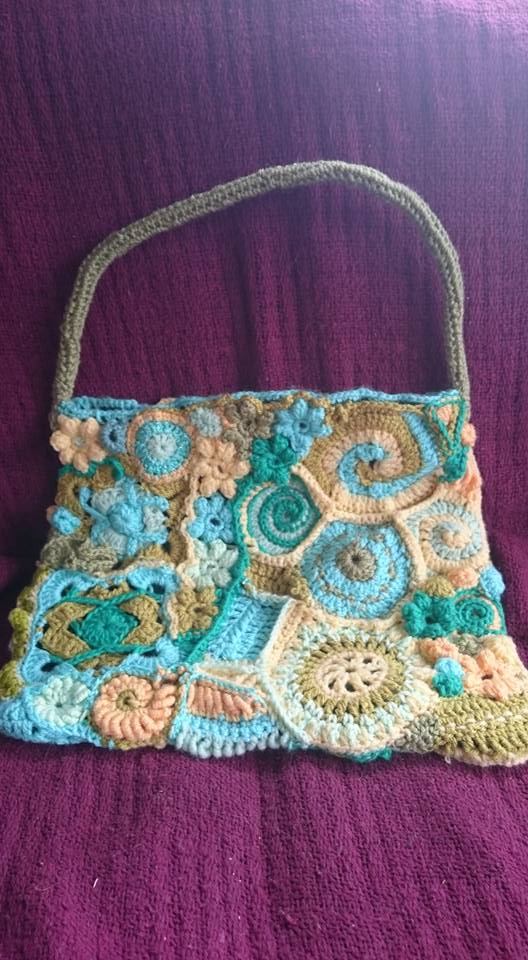 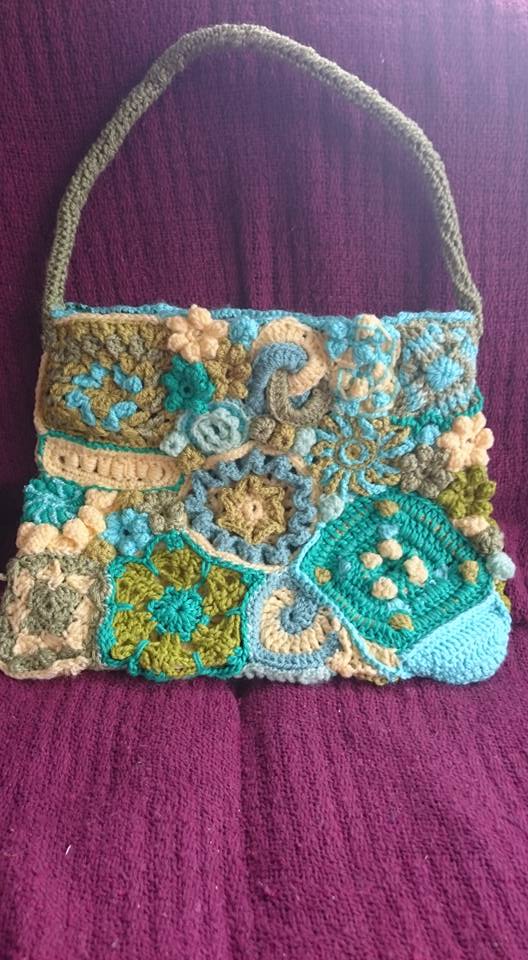 And now I’m working on a brown bag with a pink and purple one in mind for after that.

The rain and the cold have been affecting most folk on Rum and prolonged indoorsness (a real word!) seems to bring out the creativity in all of us. Friday just gone was our monthly bring and share community meal, this month with a theme of ‘From The Sea’. We had a great turn out; several islanders have family visiting, there were a group of volunteers on the island and a few tourists came along too. We had a feast of food including fish pie, risotto, sea trout, bread shaped like a turtle… we had a soundtrack of songs with connections (some of them very, very tenuous) to the sea and dessert was mermaids purses (baklava) or oysters (meringues with chocolate pearls). It was a fabulous evening. 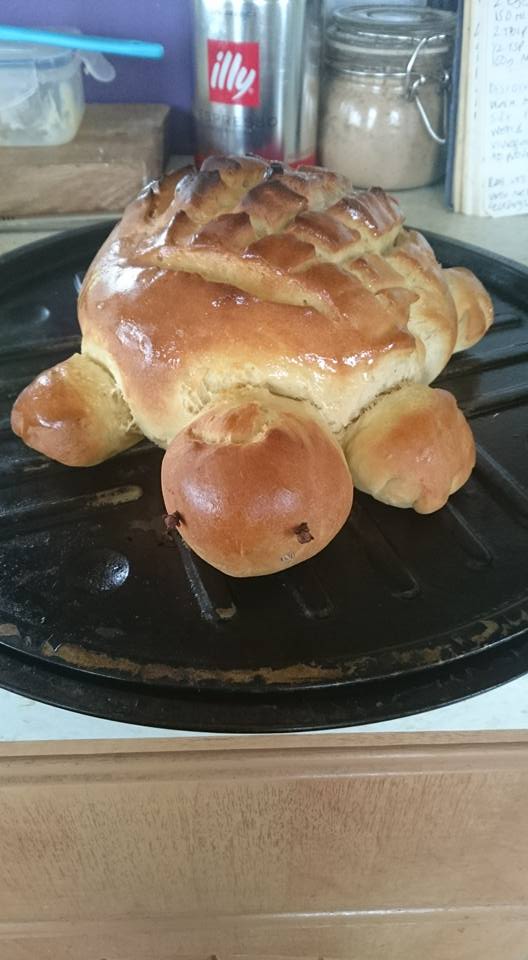 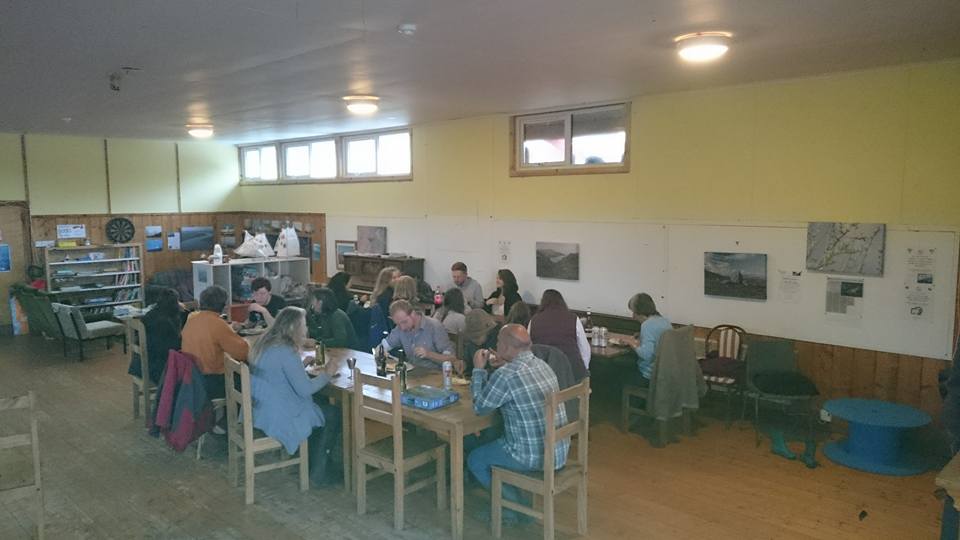 The night ended early the following day (as in we didn’t get home til nearly 3am) as after the food yet more treasure came to Rum ‘from the sea’ when a boat full of visitors came ashore from their yacht moored in the bay asking if anyone was up for listening to / joining in with some music. So they rowed back out and collected their instruments which included guitar and bagpipes. A very surreal few hours of singing, music and laughter followed.