Another busy week with almost continuous glorious weather and of course the return of the midge. Note to self: get the paintbrush out and collect all the dead ones around the window frames ready for setting in resin! Another job to add to the ever growing list.

The bell tent is set up and we’re happy with it’s location now, we have ordered some better paracord to make new guy ropes for it so when we take it down to attach those we will re-scythe the footprint and flatten it out a bit more. The camp beds have arrived and I spent some time this afternoon making them up, also arrived are four new chairs. We’re waiting on a cooking set and stove, hopefully arriving this coming week. We have a sink and have pipe on order to organise a washing up station and will be moving the compost loo from the horsebox up to a purpose built shed nearby. For this year it will probably just be the one bell tent but next year if we have lots of demand to come and stay we will invest in another tipi or two and position them all far enough away from the sink and loo that it gives everyone a little privacy. Now to make it pretty, cosy and welcoming.

The first of our mini greenhouses arrived too so I have set those up. It’s been a bit of a saga with me first ordering a small polytunnel which just didn’t arrive and when I chased it up (twice!) the supplier finally came back to say actually it would be an extra delivery charge so I cancelled it. Next I thought I had ordered four mini greenhouses only for four mini greenhouse covers to arrive, I sent those back (having read the listing I still think it was rather misleading but it was my error) and so I ordered four more from a different supplier along with a few other bits. All of the other bits arrived with two, not four greenhouses. I’m chasing that up but the saga continues… 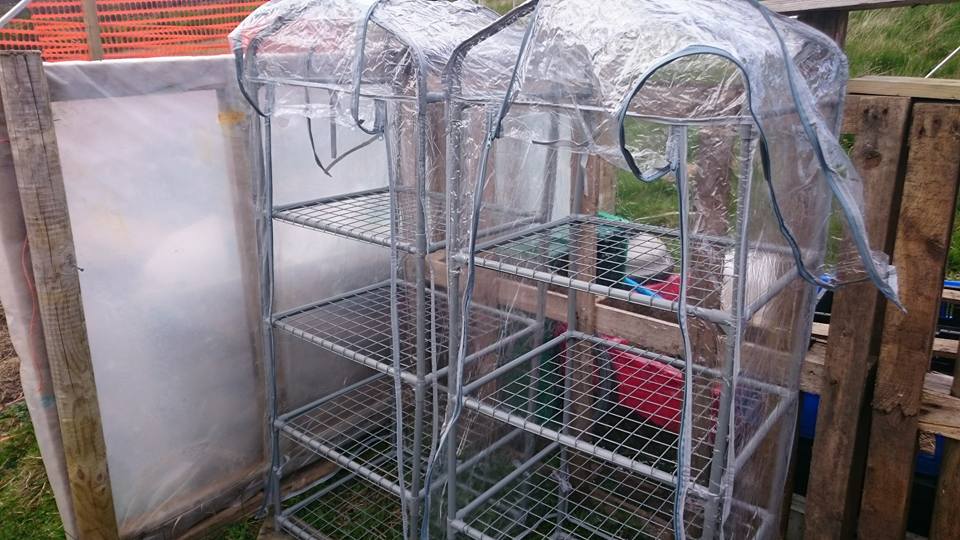 I’ve got the herb spiral weeded, cleared, the slate edging excavated from the grass which had overgrown it – and in a beautiful permaculture move have transplanted the grass onto a patch of bare ground where it has taken. I’ve cut green wood to create a fence and netted it to stop the chickens getting in and transplanted all the grown from seed herbs in from the polytunnel – coriander, dill, fennel, thyme, sage, basil, chervil, parsley added to the thyme, mint, rosemary and lavender which is already in there. I have kept back some basil and planted that up in a pot in the polytunnel to keep going year round, along with some rosemary and lavender bushes. 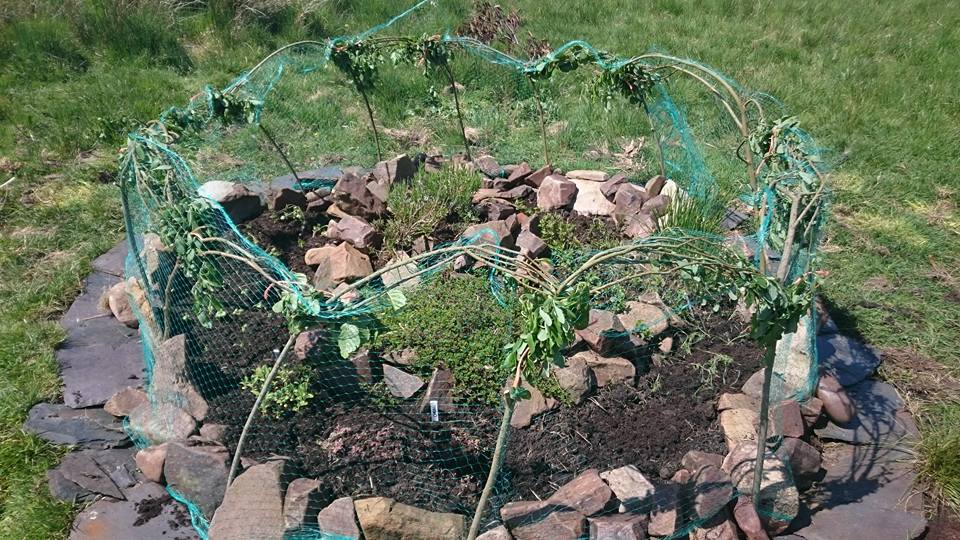 Our usual Sheerwater boat trip on Thursday which netted us a brief sighting of a couple of porpoise dorsal fins and a sea eagle flying through a kittiwake colony in search of a light snack.

Some sausage making antics this morning finally testing our new mincer / sausage maker which we have had for a few weeks but not got round to trying out before. Really impressed with it, easy to use, easy to clean and did the job just fine. It’s not too power hungry and our generator ran it no problem.

As you can see from my expression I take sausage making very seriously! Which is necessary given the frankly ridiculous process it entails! 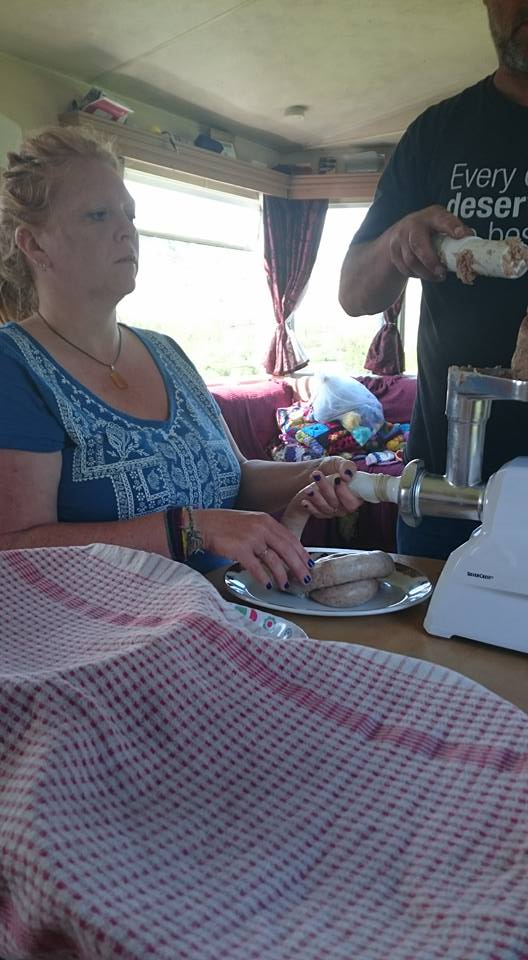 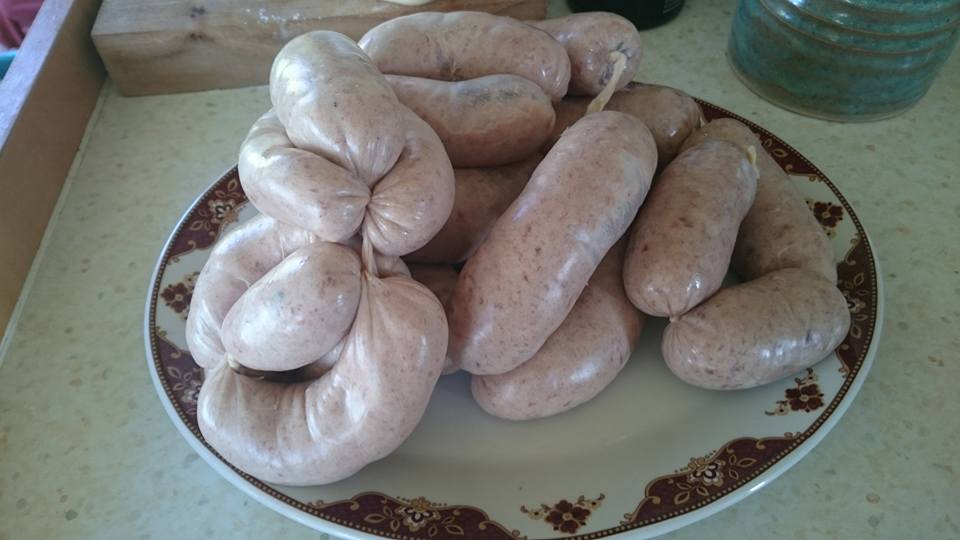 Ady appeared at the bedroom window this morning while I was enjoying an extra half an hour in bed finishing a good book to bring me the very first ripe strawberry of the season and the happy news that another chick had hatched. 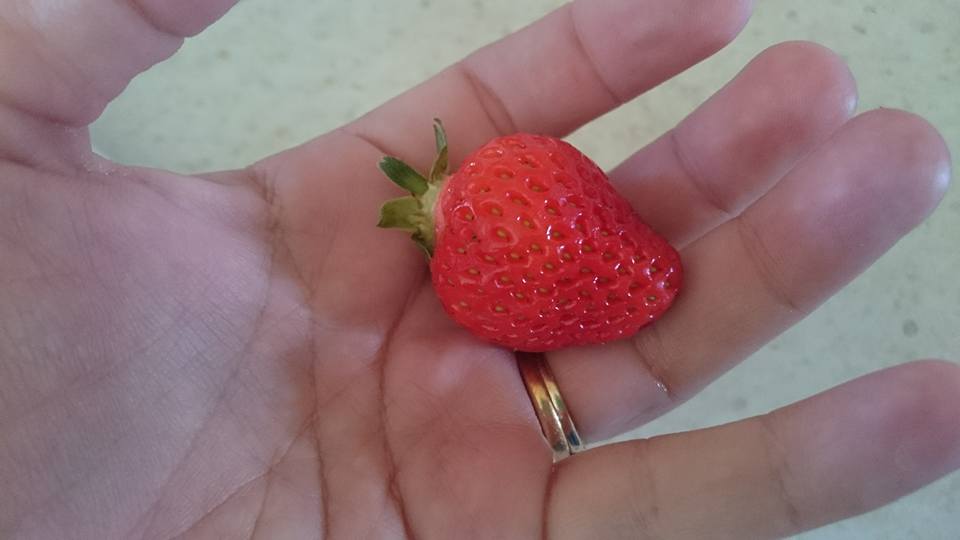 This afternoon we have had friends up to enjoy the perfect midge repelling sunshine and breeze combination of weather. We had the barbecue lit and the pizza oven fired up. Lovely. 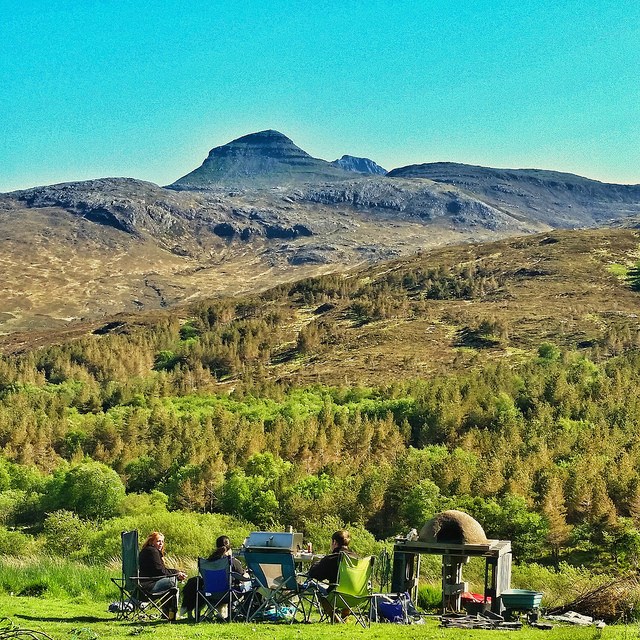 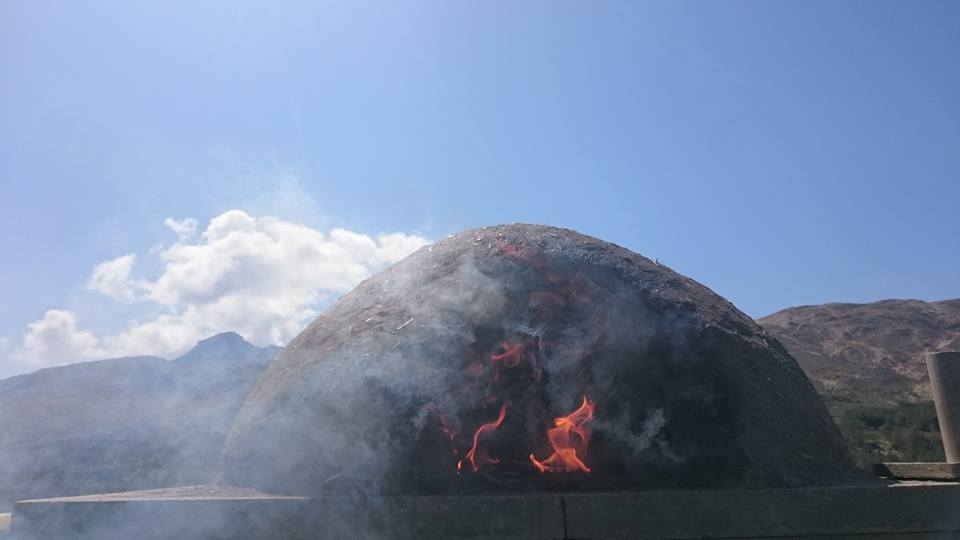 And where it all began? On Friday we took a boat trip across to Eigg for the day, the island where our adventure with the Small Isles began, on the boat which first took us there. This time though we know the skipper so chatted and drank tea with him, Scarlett took a turn at steering and the landscape was familiar rather than new. 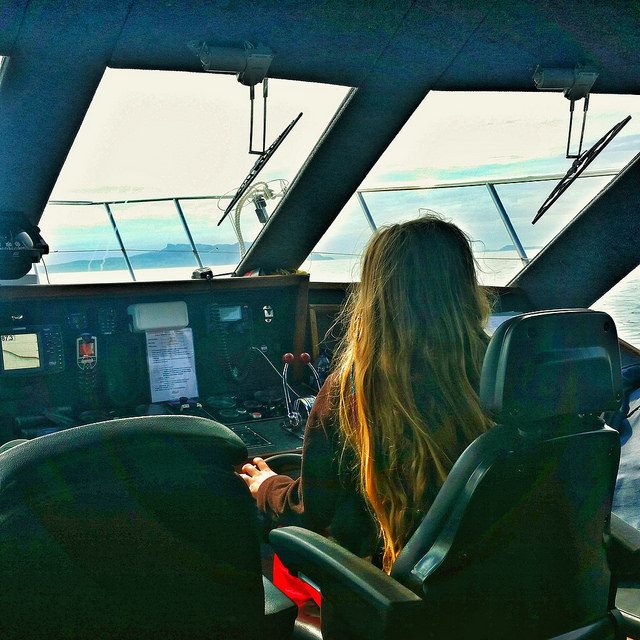 We were greeted and waved off by friendly faces, folk who remembered us being on Eigg nearly five years ago at our last WWOOF hosting, looking across at Rum and chatting to everyone about island life. Now we are islanders ourselves, able to trade stories, exchange gossip, share the highs and lows. We were there for the opening of the Health Centre on Eigg 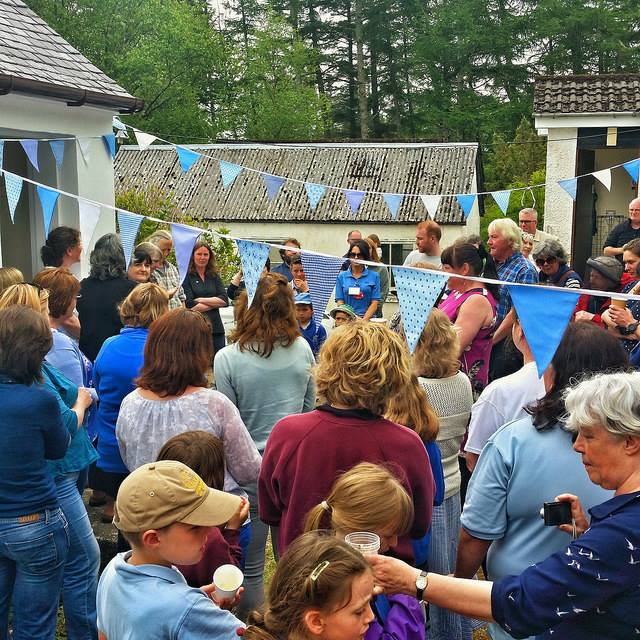 The day before we had given a talk on crofting and our lives in general here on Rum to a group of visiting students. We’d led them around the croft, shown them our livestock and crops and answered questions about our life here. The conclusion to that talk, just like the conclusion in so many of the chats with islanders on Eigg is that while the challenges in this lifestyle can be very challenging indeed the rewards make everything worthwhile.