It’s a funny old balance here – the time of year when you feel you should be out working the croft as much as possible also coincides with the time of year it is largely unbearable outside due to the midges. They have been dreadful this year, which we were anticipating after such a wet, warm winter and we are practically living in our midge jackets and managing to feed animals, water the polytunnel and do odd bits and pieces outside in and around the swarms. We are also admitting defeat when it is really bad and planning to catch up properly on the weeding, building and other tasks on the days when th sun shines or the wind blows and the midges are not quite so fierce.

So instead we have been retreating out on to the water to enjoy the wildlife rather than endure it. On Monday we finished our week of Shearwater worship with an evening boat trip just around the coastline of Rum to see the rafts of shearwaters gathering at sea ready to come in as dark fell. It is a different feel altogether being out on the water in the evening. The light is different, the sounds are different, the behaviour of the birds is different. We saw a huge colony of kittiwakes on a rock face including lots of fledglings. Our skipper told us that they were much, much bigger than the chicks off the coast of Mallaig, just 15 or so miles away. We speculated on whether this was an earlier hatching or better feeding here on Rum. The noise of the colony was deafening, they were really rowdy. Very excitingly an eagle was perched on the rocks above the kittiwakes, waiting to drop in on them for his dinner. We scared him off (they had done the boat trip the evening before and startled the same eagle from the same spot) making the boat the kittiwakes new best friend! 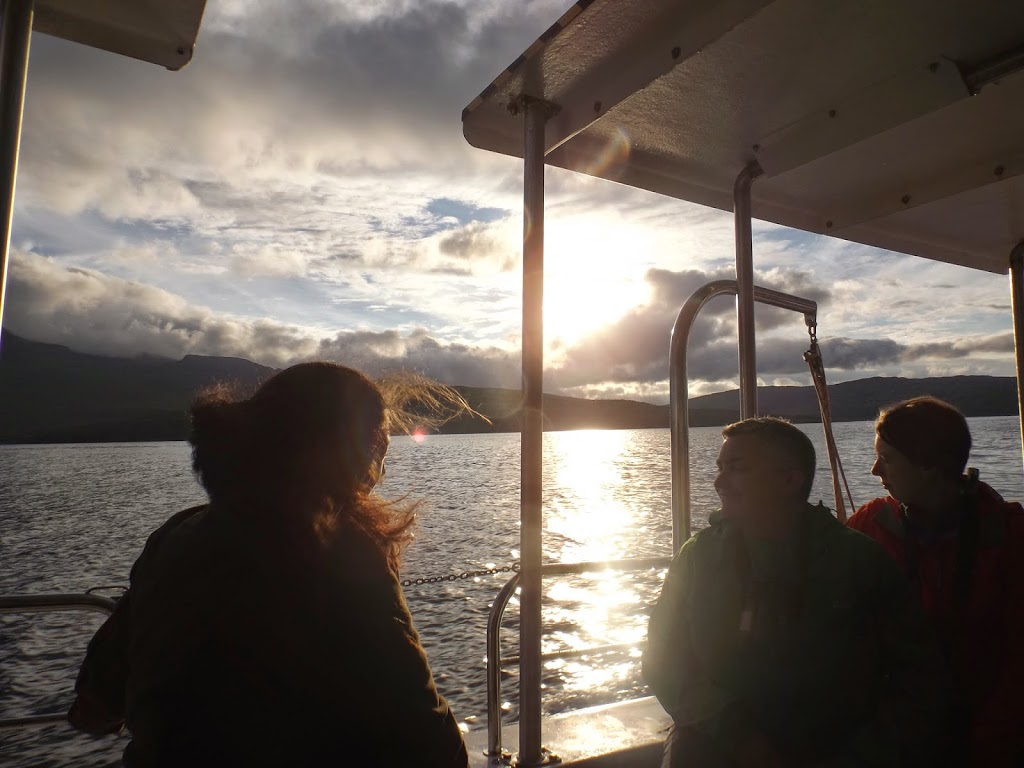 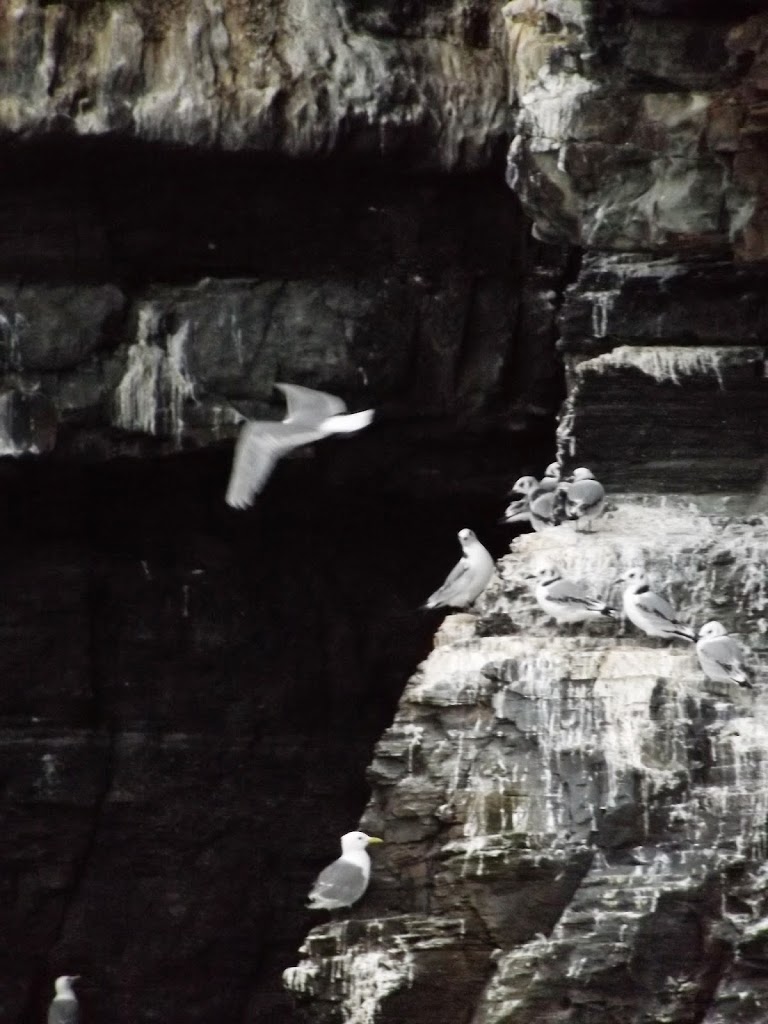 Today we were out again, this time on our regular Thursday trip aboard MV Sheerwater. Usually we head towards the isle of Soay, just off the coast of Skye as the Sheerwater has the contract to deliver their weekly postbag. The island has just 3 permanent residents at present so they don’t get a lot of post! Today there was no post at all and so we were off whale and dolphin chasing instead with no specific route to adhere to.

Straight away we were veering off sharply with the cry of ‘Whale! coming from the front of the boat and sure enough we found a minke whale. We have had several close encounters with these gorgeous cetaceans during our time here on Rum including a couple of multiple whales together, a very curious young whale who appeared as interested in us as we were in him, popping out of the water headfirst and eyeing us up. Today was by far the largest minke we have seen though – this was an older whale, complete with big nick in it’s dorsal fin and was just enormous. They can be over 20foot long and this specimen certainly was. 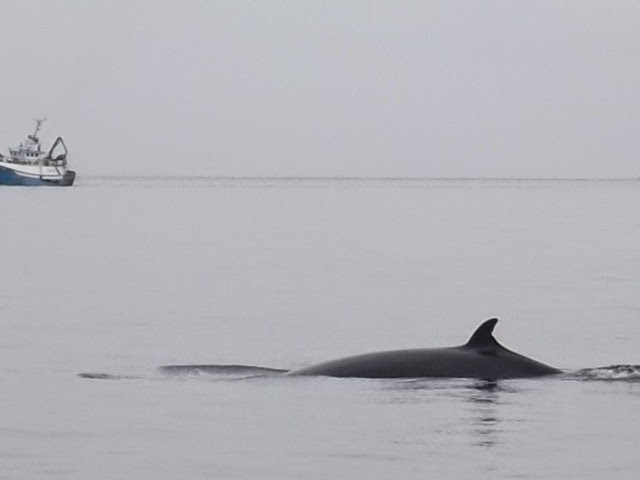 We stayed with the minke for a fair while and then reports came in of a superpod of dolphins not far away so we chased off in the direction of them. We saw them long before we came close as they were highlighted by three bright orange boats with the pod of dolphins all around them. Dolphins are super curious and love being around people, seeming to play in the waves and wake of boats and almost put on a show for their delighted audience. This group was no different and we were treated to a splendid amount of leaping, beaching, splashing and what certainly looked like playing. There were probably between 30 and 50 in the group of varying sizes including several young and they were leaping well clear of the water before splashing back in again, delighting us and ensuring most of us went into high pitches squeals and squeaks to rival the dolphins themselves! Above joining in with the feeding frenzy that the dolphins were engaged in were a large number of gannets, flying and crashing into the water in their own, equally impressive display. It was definitely the sort of memory one treasures for ever.

Our camera battery died, which is always the mark of the best experiences – whether that is sods law or actually a really good thing as you tend to watch far closer and commit way more to memory if not watching from behind a camera lens and stressing over capturing the perfect shot I am never sure, but I don’t need a photo to remind me of the experience. Sorry I can’t share one here so you can get a little of it but you’ll have to trust me that Scarlett’s much repeated catchphrase of our first summer here was very true today. The sea was alive!

One thought on “All at sea”