Davies had a hospital check up (he’s fine, it was a routine thing) last week which necessitated a four day trip off due to the time of the appointment. What would have been a morning of inconvenience back in our old lives became more of an epic logistical achievement due to living here. As such we made the most of it and planned as much around the appointment as possible.

We shopped around for the cheapest accommodation options, booking well in advance and gambling on paying upfront for the best prices. I booked the night before and the night after on more expensive flexible deals so that in the case of cancelled ferries either side we would be assured of somewhere to sleep – in the event I was able to cancel both of those bookings despite high winds forecast for the day we went off making the ferry on amber alert for disruptions. We used public transport – train and bus, along with the ferry of course. We also used a taxi while we were off, but all cheaper than hiring a car, if rather less convenient. I confess to being a bit of a princess about public transport, having had my own car since I was 17, along with a pushbike and very accommodating parents to offer lifts to and fro before that, so I never used buses much and trains were only really used for London trips. The option of having my hot chocolate laced with a tot of Baileys as I was getting the bus later rather than driving while we were off rather cured me of that though!

We managed to coordinate eye tests for both Davies and Scarlett, an overnight stay with friends, various shopping (transport allowances permitting) and enjoy some of the local tourist attractions in Fort William which we’d not experienced before. Ady stayed home on the croft with Bonnie – we no longer have a resident dog sitter here on Rum so getting off all four of us at once will prove trickier and Bonnie *really* doesn’t enjoy the mainland experience. We missed Ady a lot, as he did us. However he also enjoyed the opportunity to watch whatever films he wanted (war, slapstick comedy, neither of which are genres appreciated by the whole family) and eat chilli con carne three nights in a row (a dinner none of the rest of us eat) followed by a pie in a tin on the fourth night. I loved the opportunity to recapture some of the party of three dynamic that Davies, Scarlett and I used to enjoy back in our old lives and found we slotted straight back into being a trio. They are excellent company and the three of us had a great time gallivanting, adventuring and relaxing. 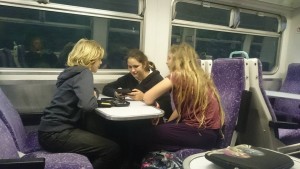 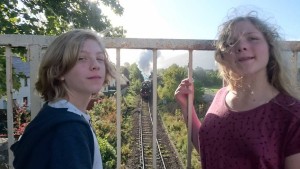 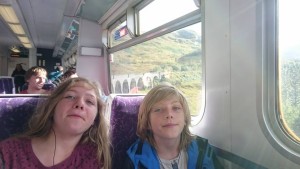 On picturesque train journeys – with a friend (chance meeting), Glenfinnan (made famous from Harry Potter film) and spotting the famous steam train.

And waiting for that train… 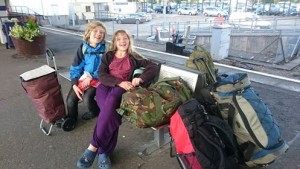 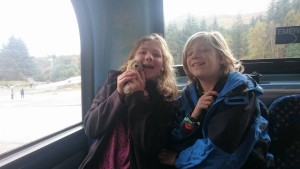 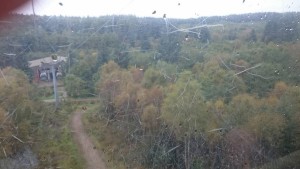 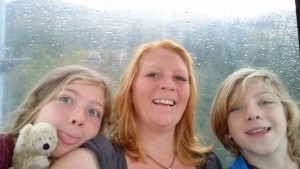 I have no photo of the taxi, but amusingly he recognised off from the TV show and gave us a discount! 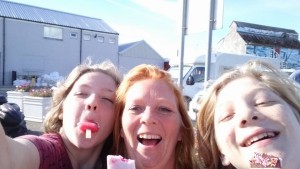 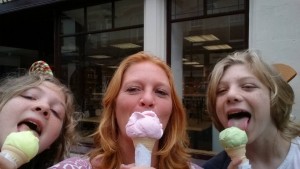 We had fish and chips, amazing pastries from a newly opened bakery and several picnic teas back in our hotel room 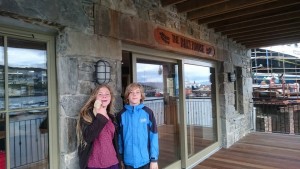 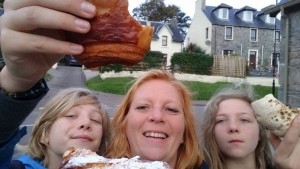 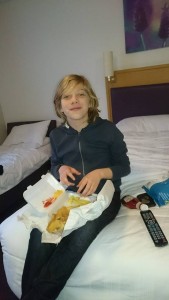 Definitely our favourite refreshment break was the hot chocolates in the cafe on Ben Nevis though – whipped cream and marshmallows for Davies and Scarlett, Baileys for me and an amazing view (complete with the very top of the highest peak on Rum just about visible) – what more could you want? 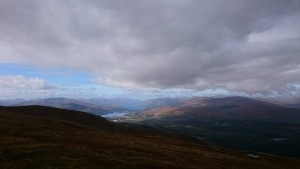 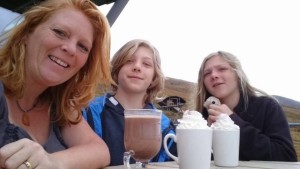 We did lots of sensible shopping – toiletries, new underwear and socks, food bits and pieces etc. but our favourite purchase was in a closing down sale in a charity shop of this wheelie trolley for just £1. Useful, practical and thanks to being named and given a sort of personality now one of the family! 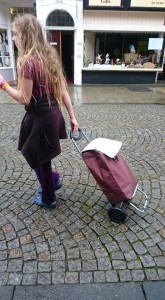 We made the most of the bath for bubble baths, face packs and lengthy soaks (we all used the hairdryer at least once) 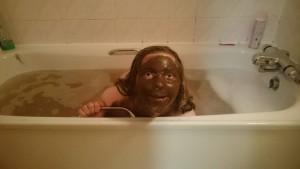 And spent plenty of time watching TV – there is a LOT of really poor daytime TV! 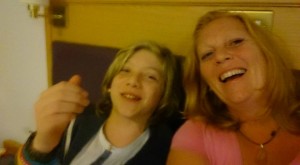 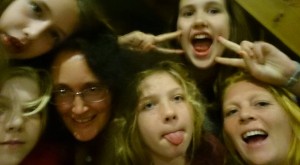 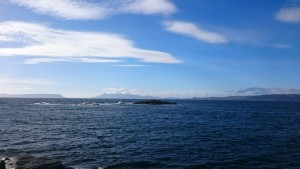