Davies, Scarlett and I had a brief trip to Mainlandland for an orthadentist referral. Winter ferries and consultants only attending that clinic for a couple of days each month meant it was a three night trip for less than an hour in the chair and as Scarlett will be getting a brace fitted in the new year we will be making that same trip pretty regularly over the next couple of years. Hurrah for the new road equivalent tariff meaning the ferry is now less than half the price it used to be. And excellent public transport links. And a Premier Inn really close to the railway station.

While we were off Ady was busy on the croft building a bike shed for the kids’ bikes, enjoying whisky and a few beers down at the shop, watching films that the rest of us don’t like and eating chilli con carne which none of us like.

Back on the mainland it is already Christmas and by all accounts has been for a while already, while here on Rum we’re still in autumn. Davies and Scarlett did lots of watching TV, using 24 hour wifi, taking baths and buying books (Davies) and cuddly toys (Scarlett). I did lots of walking around Lidl, Morrisons and Poundstretcher carrying heavy bags of food shopping back to the room. More than once I pondered on the wisdom of carting back an uncomfortably heavy load to the hotel room to add to the previous load knowing I’d need to remove it all from the room in one go…

I’ll be very honest and say that despite it being November, historically my trickiest personal month here on Rum I was desperate to get home for most of the trip. I was bored, too hot and really, really missed Ady. When the kids and I were off a few months ago we made the most of being tourists, this time everything was closed for the season, everyone in the shops seemed stressed, preoccupied and worried about Christmas. We ate junk food, created loads of packaging, got our middle night accommodation refunded due to the smoke alarms going off throughout the hotel at 11pm waking everyone up.

There was a four hour ferry trip, much of which I spent catching up with a friend from a neighbouring isle who happened to be on the boat heading home, a train ride through the dark – I love how the lights of Fort William suddenly appear through the darkness, the contrasting train ride back through increasing daylight this morning, 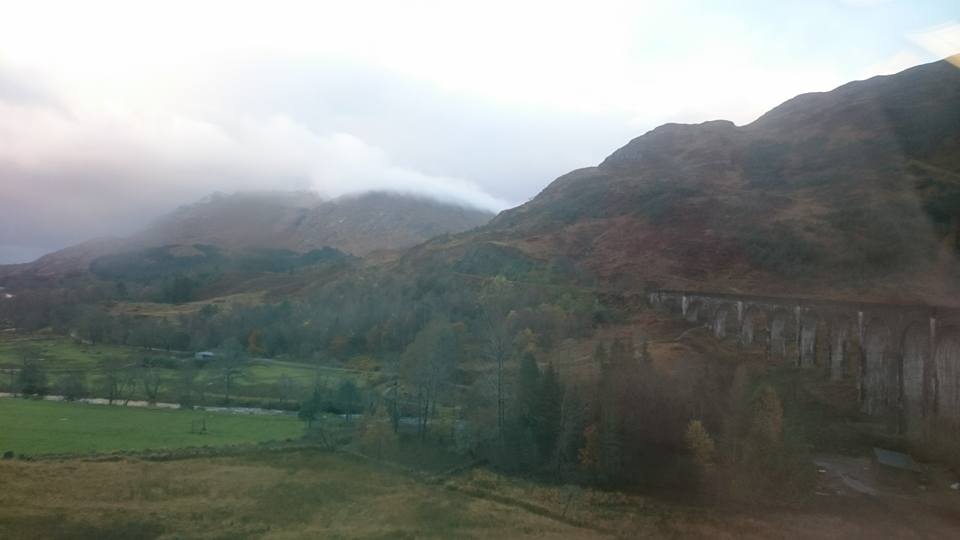 a choppy boat ride back to Rum and the feeling of just being home again as we stepped off the ferry to familiar faces. There was bumping into someone in Fort William (which seems to happen every time we visit these days, make me feel like a proper local!).

There was moonrise at sunset over the snow capped peaks of the Nevis range. 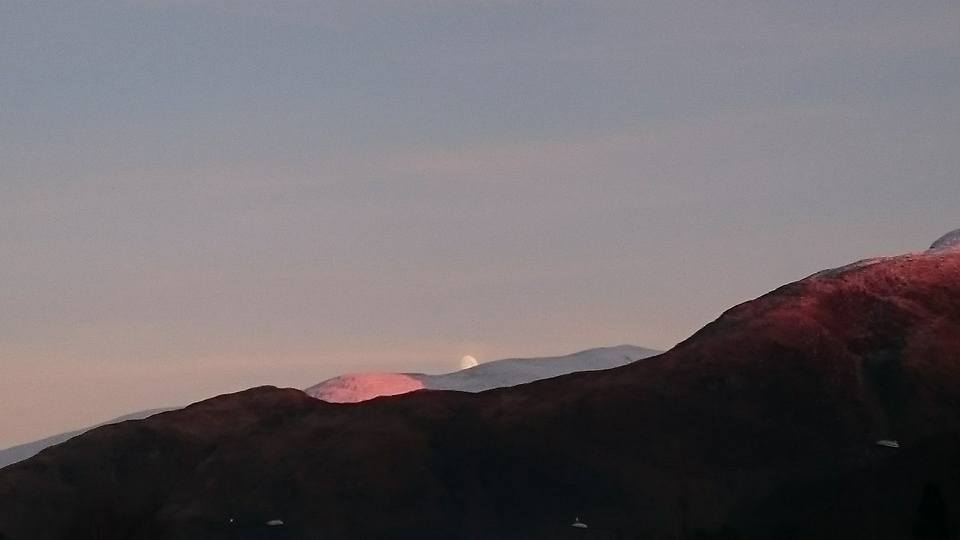 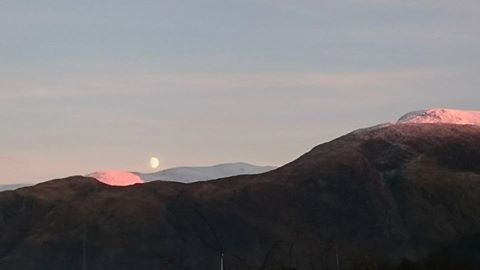 And then finally as Davies and Scarlett each walked back with a wheelbarrow Ady and I took the very loaded up car back across the too high to attempt really river. And it was too high. The engine nearly stalled, the water began to gush in through the doors and Ady and I looked at each other in silent horror until he managed to rev it sufficiently to get it to make it across when we looked at each other in glee. By the time the children caught us up with the wheelbarrows there was just water draining from the headlamps to prove our tale 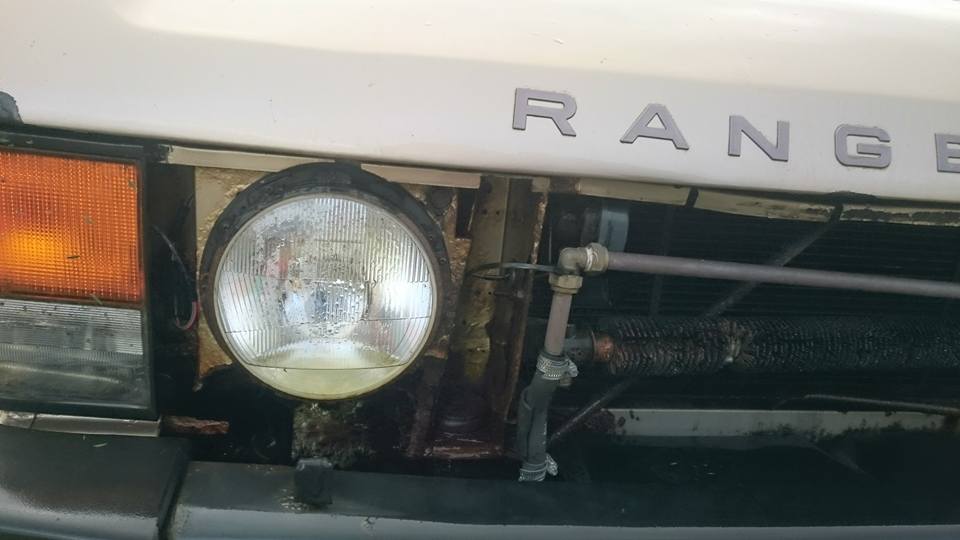 It’s excellent to be home!

2 thoughts on “A hop and a skip to the mainland”