Truly rubbish weather and distinct lack of volunteer numbers aside it’s not been a bad week.

We’re still making pens and houses for hatchlings as and when weather allows and moving birds around at different stages. We’re up to two ducks and 12 ducklings (not counting Scarlett’s pet duckling which resides indoors) with a third due to hatch any day (she’s sitting on 10 eggs so we’re hoping for at least 5 more ducklings, a 50% hatch rate is about what you would hope for, although we do tend to be higher than that usually). We have our first three chicken chicks ringed and released although they are still hanging round the nursery pens. Our second pair of chicks have also been ringed and their mother released but we are keeping them penned for another few days to get slightly larger. There are three more sets of hens and chicks to work through the same process with already penned (first we let the mother hen go as soon as the chicks are feathered up sufficiently to not need to sit under her for warmth at night and have gotten the hang of eating full size growers pellets having graduated from chick crumb. Then we feed them up lots for another week or so without their mother, ring their legs with this years colour ring – red – so we can tell in years to come how old they are, before releasing them. We are planning to keep cockerels from this year penned to fatten and release any hens into the free range flock to start laying next years free range eggs for sale, or brood and raise their own young). There are three more broody hens around the croft who we will move into nursery pens as soon as they have hatched their chicks. If we move them prior to that we risk them breaking out of their broody trance and stopping sitting on the eggs. If we wait until at least one chick has hatched their maternal instinct seems to kick in and they don’t seem to mind where they are penned as long as they can watch over their young. We’re keeping the chicks with their mothers for about 4 or 5 weeks which is as long as it takes for them to lose their downy fluff and feather up. 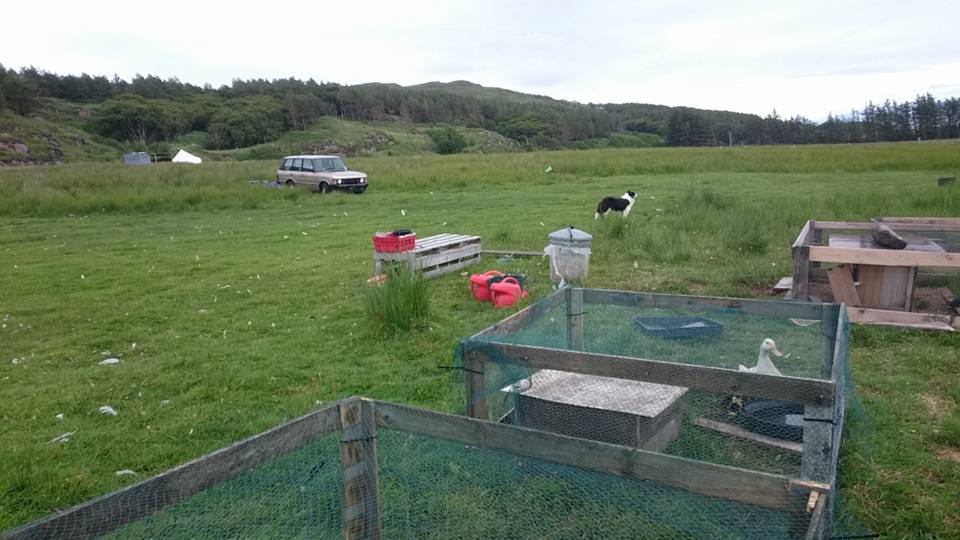 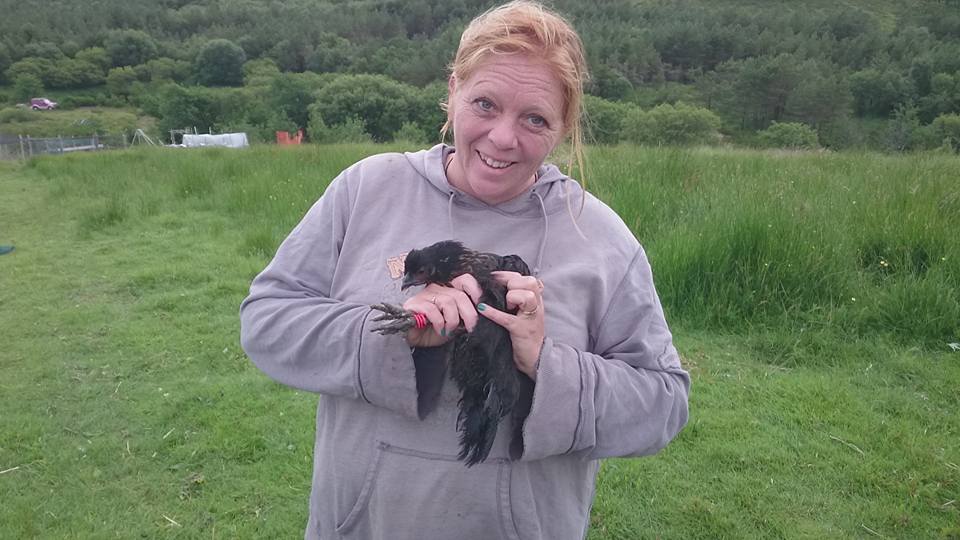 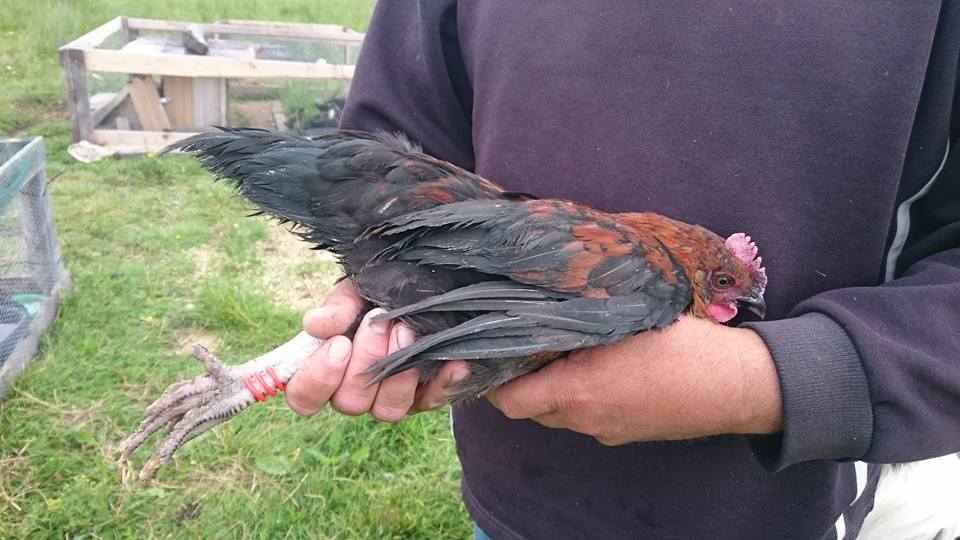 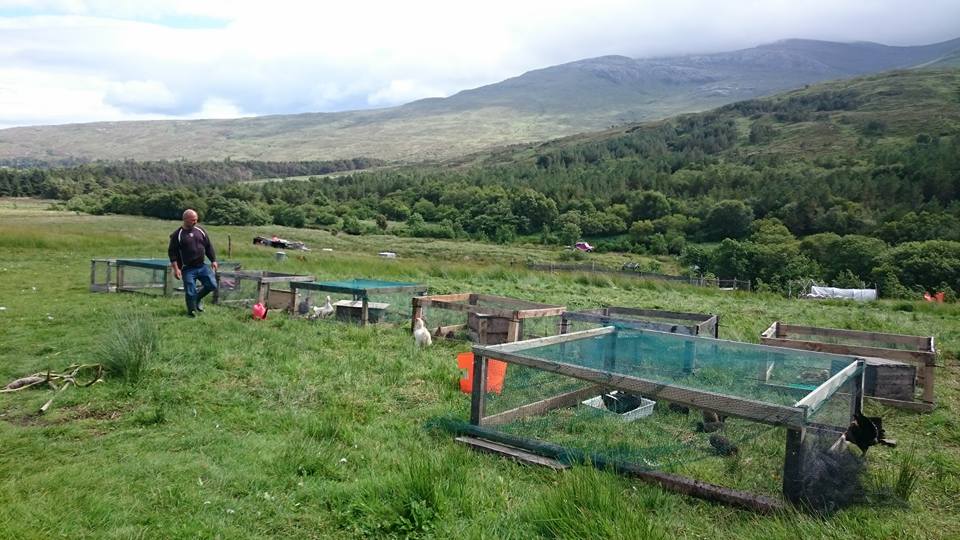 We’re having a run on survival wristbands in the shed shop – there have been lots of student groups staying and they seem to be popular with them. We’ve also sold a couple more midges and I am working on a giant Queen Midge but scaling up the pattern I use is taking a bit of experimenting with. We’ve taken delivery of this years jam jars ready for when the brambles are ripe and also bought in a batch of mini jars so that we can make some taster size jars for those people who just can’t choose between our ten different flavours.

Our early strawberries have finished cropping and are sending out loads of runners so we’ll be working on getting some of the runners to put down roots then cutting them for next years strawberry supplies. The redcurrants and blackcurrants are ready for harvesting, as are peas and the first rapsberries are ready too. 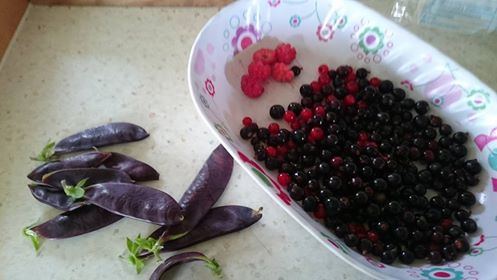 We’ve done our Big Pig Move of the summer, opening out both pens to fresh grass. All the pigs are happy and healthy, the next move will be the pre-winter one so a few months away just yet. 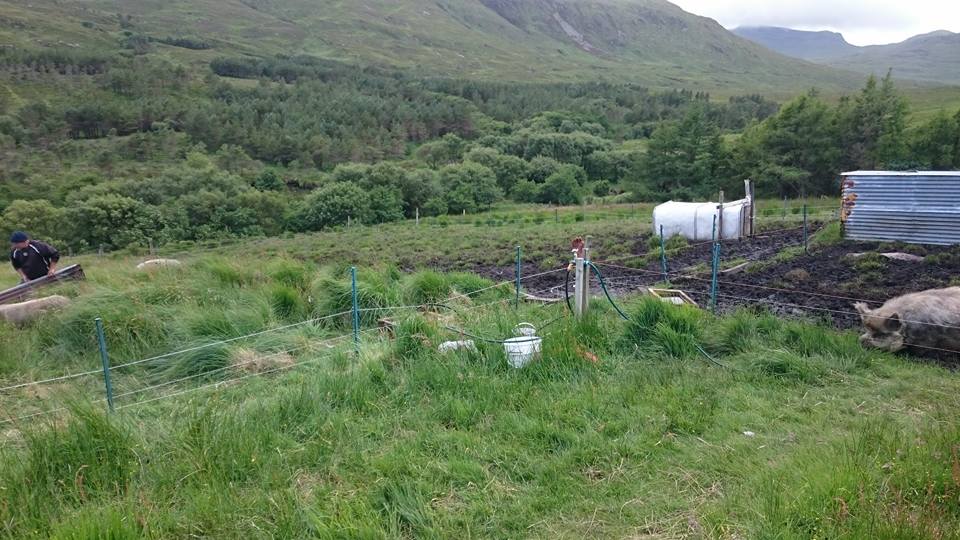 Our previous wood store was chicken infested – infact it’s been the site of choice for three hens to go broody so far this year, which is great for increasing our chicken stock holding, not so great when all the firewood is covered in chicken poo! It was always a rather poor design as you had to duck down to get inside and it was damp and while undercover not actually that great for drying and storing wood. So we’ve redesigned that and created a new open sided space attached to our tool shed. We’ll cover the wood from the top with plastic but leave it open at the sides to allow the wind to help dry out and season the wood. Eventually we’ll plan to work all the way around the three sides of the tool shed so we can have six or eight sections of wood. 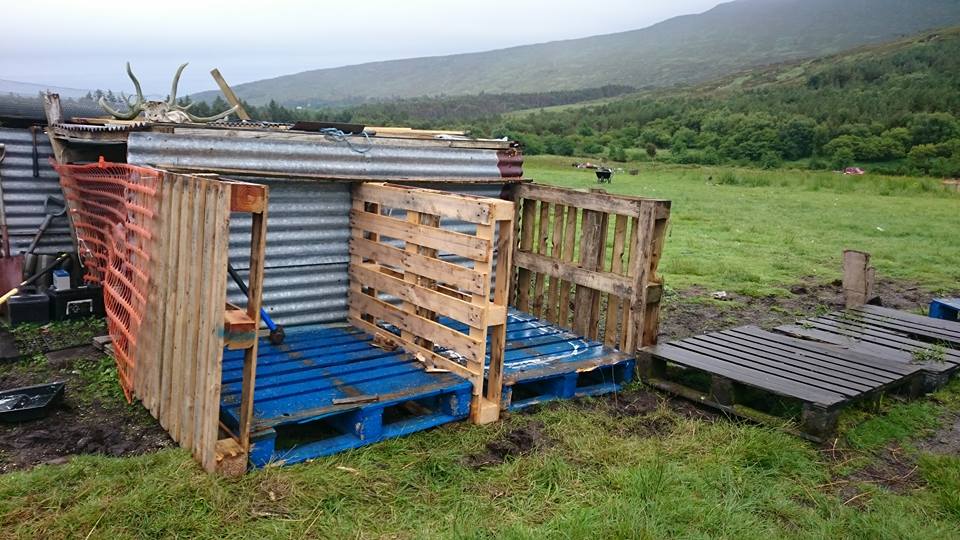 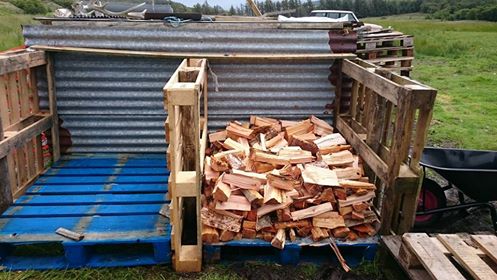 Processing firewood in July is usually pretty miserable as it’s hot work. The upside of this cold snap is that it’s actually been quite nice swinging the axe to warm up!

So, those favourite things? Stroking my cat who has settled in so very well to our lives here, seeing Davies and Scarlett hanging out with visiting mates for the summer (and another friend emailed today to say she is arriving this week for a few days too), harvesting our food, seeing the shed do well in sales, seeing the young birds thriving and moving through the ranks to release, swinging the axe…

Oh and a splendid evening of community socialising and hanging out with visitors as we had one of Rum’s regular visiting musicians here for a gig on Saturday night and we laid on food. She was excellent, as always, and when the proper event had finished a few of us Rum folk joined in with singing and playing for a bit of an after hours session. 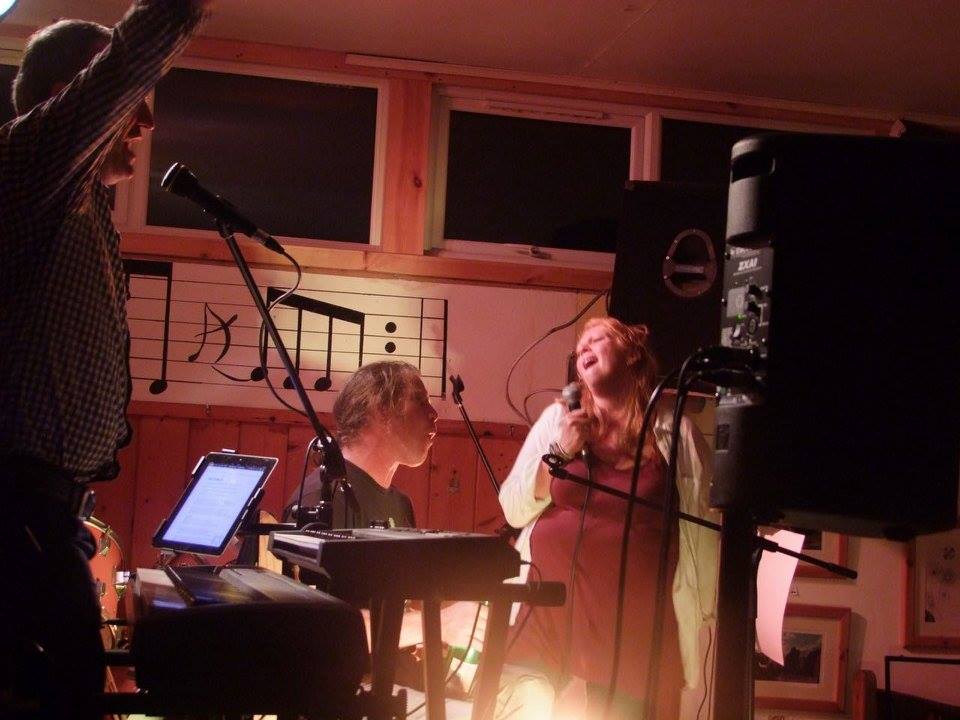 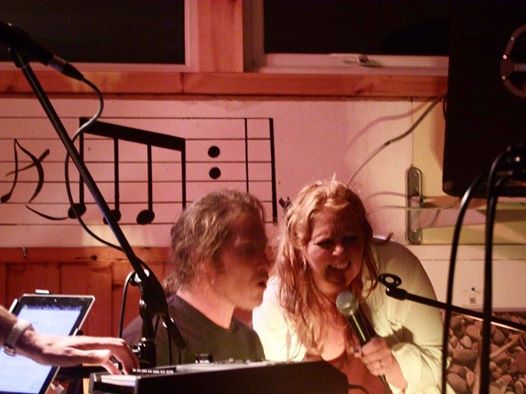