Not for drinking – as in white Rum. Because we woke up this morning to SNOW!

Coming from the south coast of England snow is quite a novelty to us – we used to see it so infrequently it still has us pressing our noses against the window, shrieking with delight and dashing round finding extra socks, gloves and woolly hats to get outside and play in it as soon as possible!

The other source of happiness today was another egg from the chickens. We collected the first of the year yesterday and there was another waiting in one of the chicken houses this morning. Pancakes for breakfast to celebrate.

Davies and Scarlett made a snowman and then finally got to use the sledges that we bought them for Christmas back in 2011, when we were still just hoping to move to Rum rather than actually living here. Back then we foolishly thought living on top of a steep hill on an island in the Scottish Highlands would present many sledging opportunities. It doesn’t. Rum is coastal, warm, wet and windy but almost never snowy.

Ady and I took Bonnie for a long walk and captured lots of photos of the snow. Ady’s were better than mine, obviously! 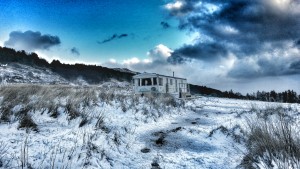 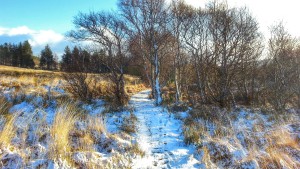 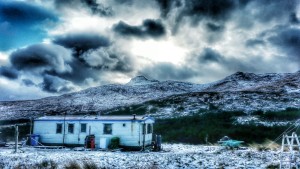 One thought on “A bacardi sort of day….”