Scarlett was looking through some of my stuff earlier today and found a locket I have in my drawer. It was a present from my parents for Christmas just before I turned 19. Later that year Ady and I became a couple and shortly after the following Christmas we bought our house. The photo inside the locket is a very old picture of Ady. Scarlett was fascinated by the fact that I first met him when I was just 16 and have been with him for over half my life.

Our 10 year age gap has never been an issue for us at all but I do recall Ady being pleased when I reached 20 because we were briefly in the same decade. For all of 4 months. It happened again 10 years later when I was 30 and he was 39, and again this year when I reached 40 and he was still 49. This week that same decade thing stopped for another 10 years as Ady was 50 on Tuesday.

If someone had told us 21 years ago that we would be celebrating our 40th and 50th birthdays living in a static caravan on top of a windy hill on a remote Scottish island we would have discounted them as crazy. It was certainly never something we had planned. For Ady’s 30th birthday I organised a large group of his friends to surprise us by arriving in the pub we were celebrating his birthday in. For his 40th I hired the pub across the road and had loads of family and friends ready and waiting when we arrived for a ‘quiet drink’. Surprises were off the agenda this time – logistics of no ferry to bring folk here on his birthday coupled with not actually having a pub to surprise him in meant it would have been a challenge!

Instead we had breakfast on the sporran in the sunshine – croissants with home made jam. Then we packed up a rucksack and drove across the island to Harris, on the south coast of Rum, a wild and rugged beach. We looked for treasure – and found loads, fish boxes for growing crops in, a dolphin skull, lots of buoys. Set a fire on which to cook lunch and toast marshmallows, had a beer and enjoyed the stunning views.

We gave a lift back to the village to a friend who had been walking the ridge and met up with a fellow islander at Harris and caught up with another along the way making for a 3 car convoy part of the way home. I spotted a pair of sea eagles flying over one of the peaks so we all stopped to watch for a while.

Later we went to the shop for cake and singing with fellow islanders, before returning home for Ady’s requested birthday meal of pie and mash – made with Rum venison of course! 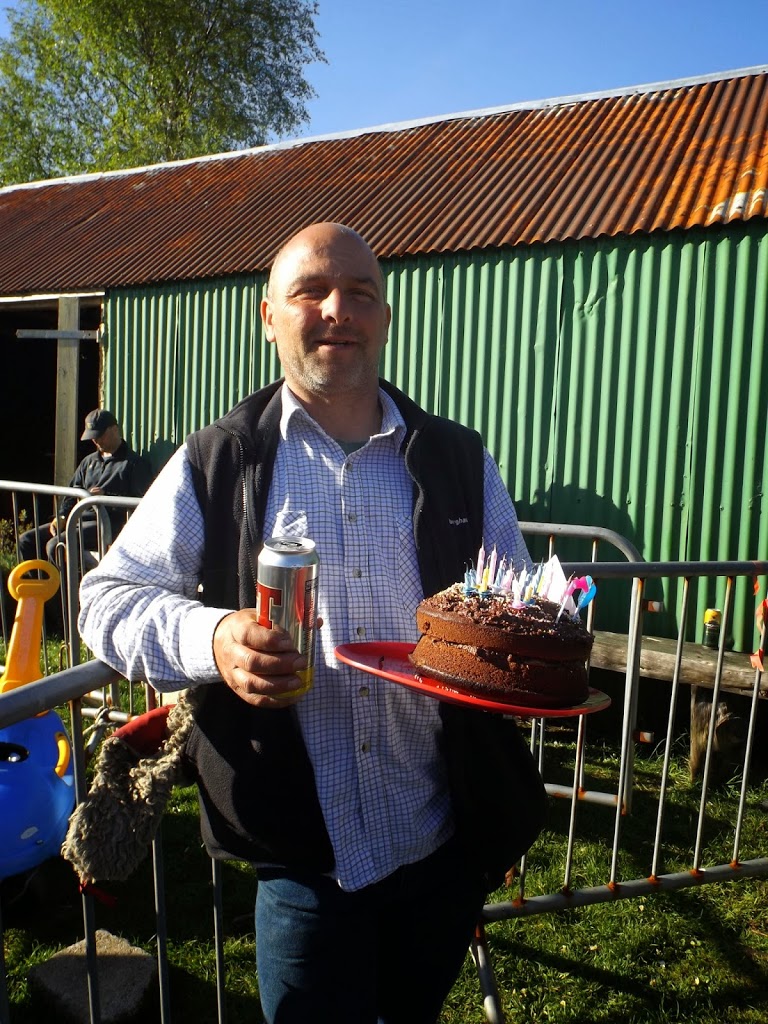 Ady tells me it was a fab birthday. He is definitely my favourite 50 year old.