We’ve celebrated a lot of birthdays on Rum between the four of us including a couple of ‘big number’ birthdays. This week Scarlett turned 15 , the first non-Rum birthday in our family since my 38th birthday just before we arrived on the island in 2012.

We retained a fair few of our birthday traditions – Scarlett had her usual birthday breakfast of cinnamon French toast but thanks to the joys of the mainland we were able to have a day out on her actual birthday rather than scheduling it for our closest mainland trip. As ever though it was a zoo trip she chose. This time Bristol Zoo Gardens. 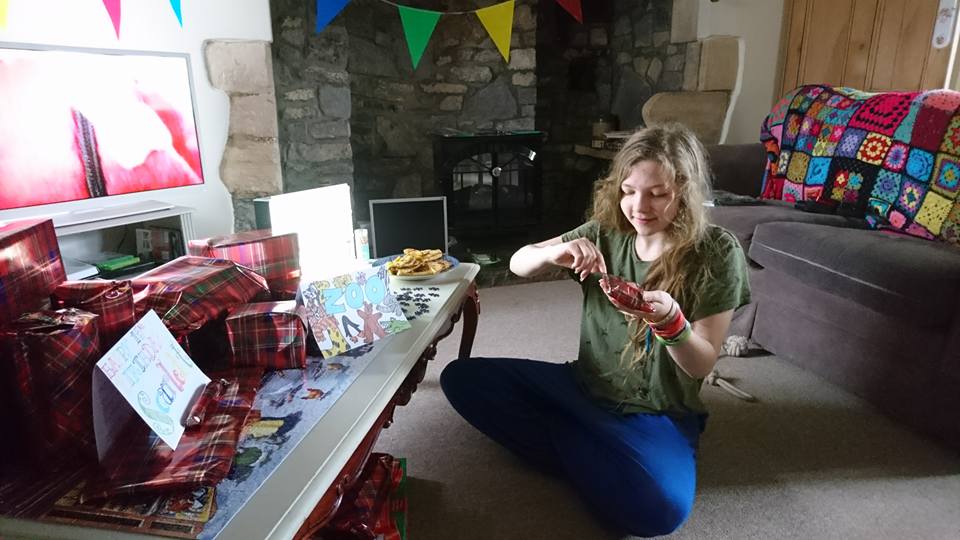 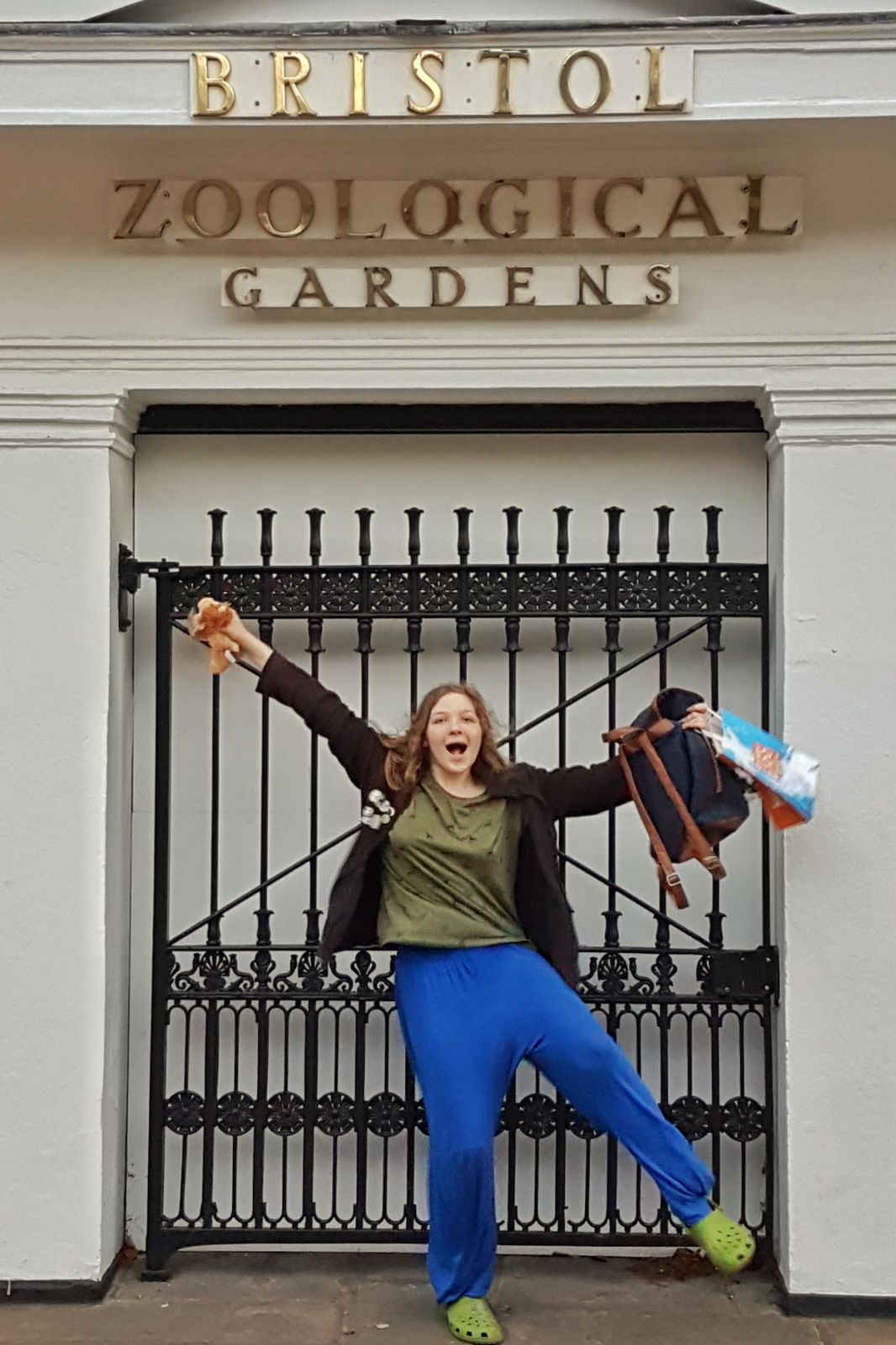 Our rather eccentric satnav which tends to lead us in all sorts of curious directions gave us a tour of some country lanes along the way which was scenic if rather non-direct and gave us a real taste of the landscapes of the South West.

We had a lovely day wandering around the zoo, visiting various animals more than once. The zoo is a pretty small one which was perfect for feeling like we’d really seen everything. I think my favourite animal was the giant tortoises which are just magnificent creatures. Scarlett’s best was the naked mole rat, a creature she has long admired but never seen in real life before. I love the randomness of the creatures Scarlett adores. 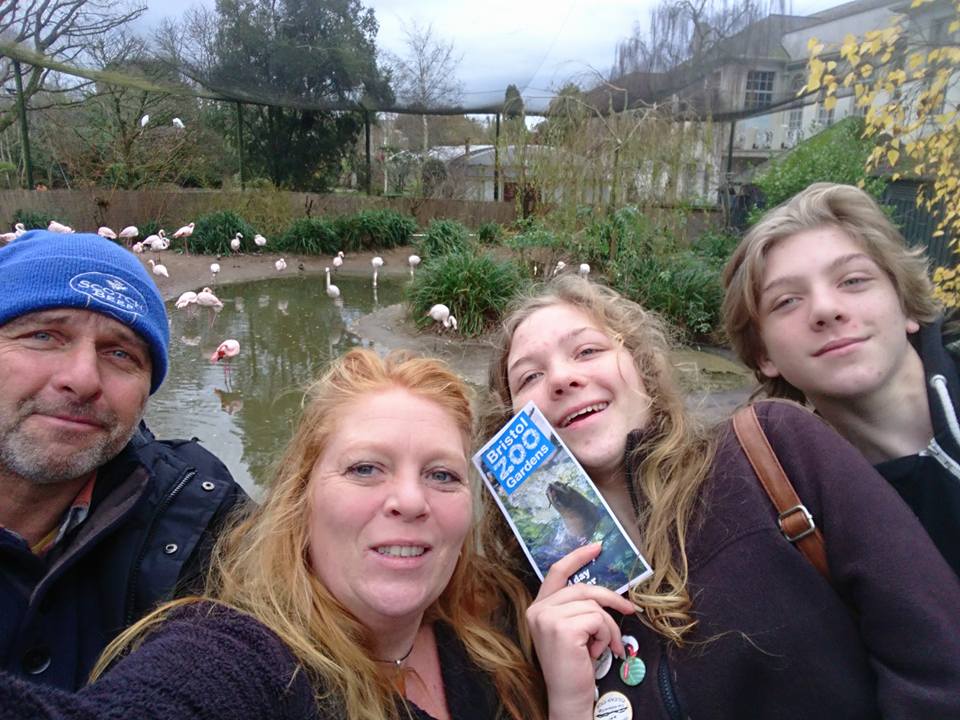 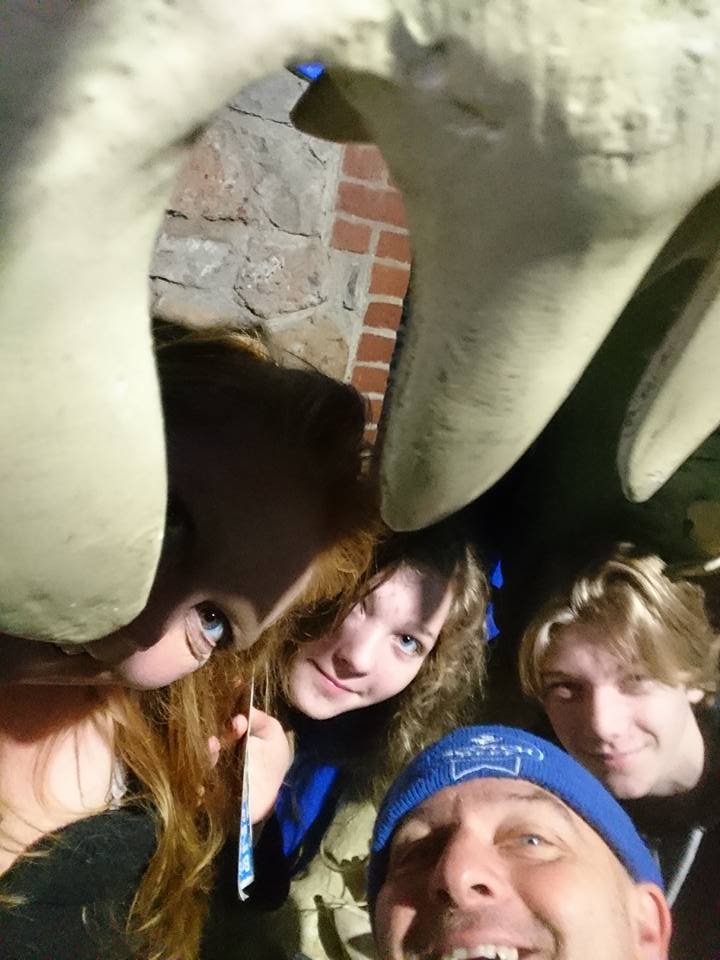 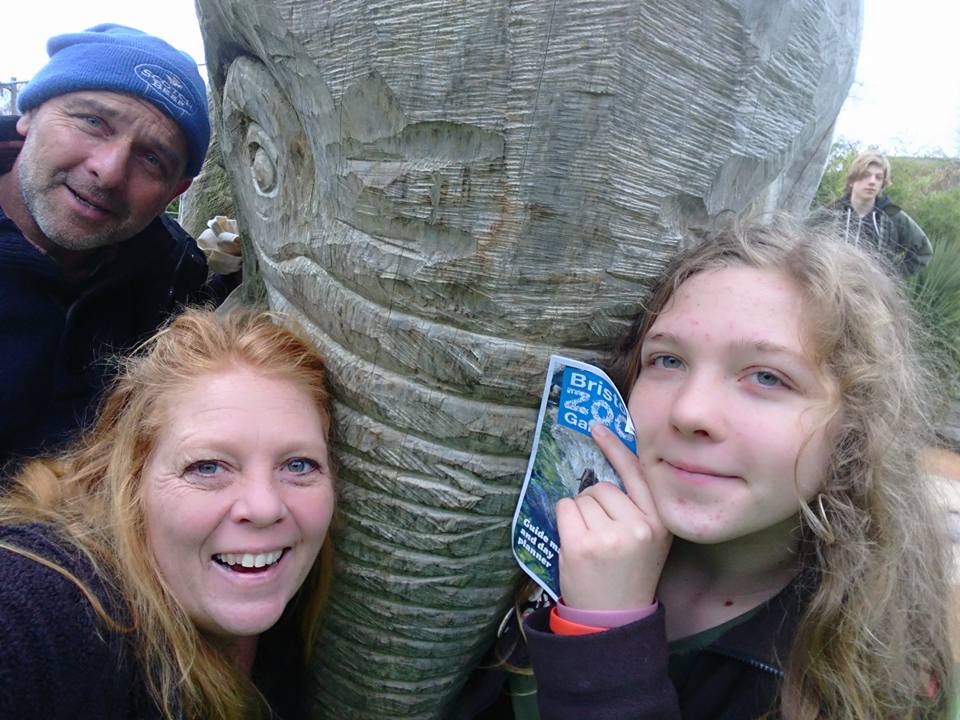 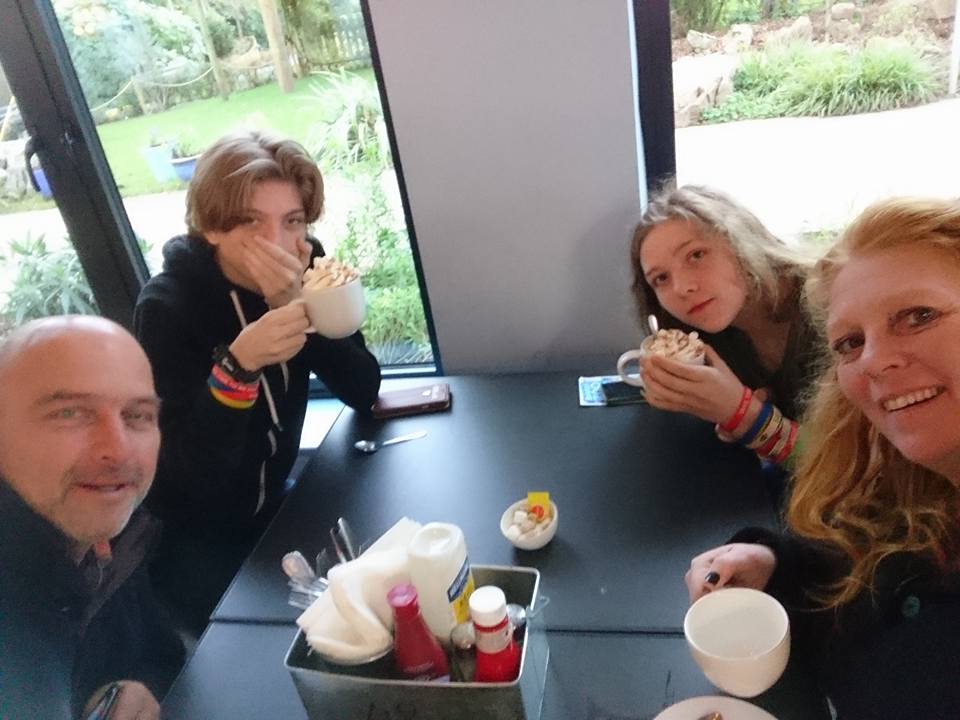 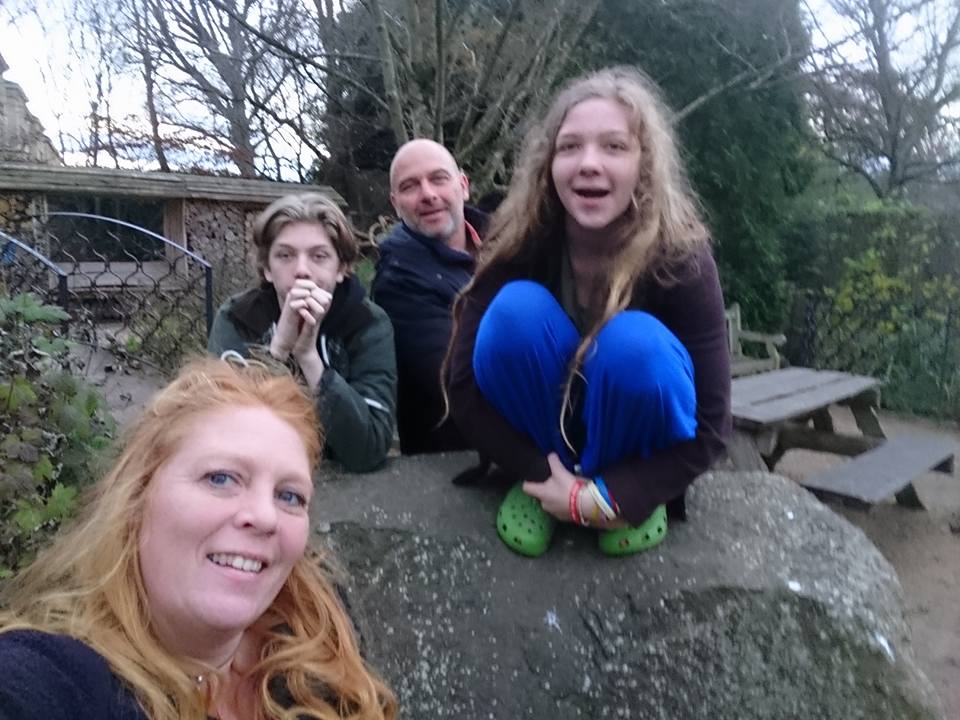 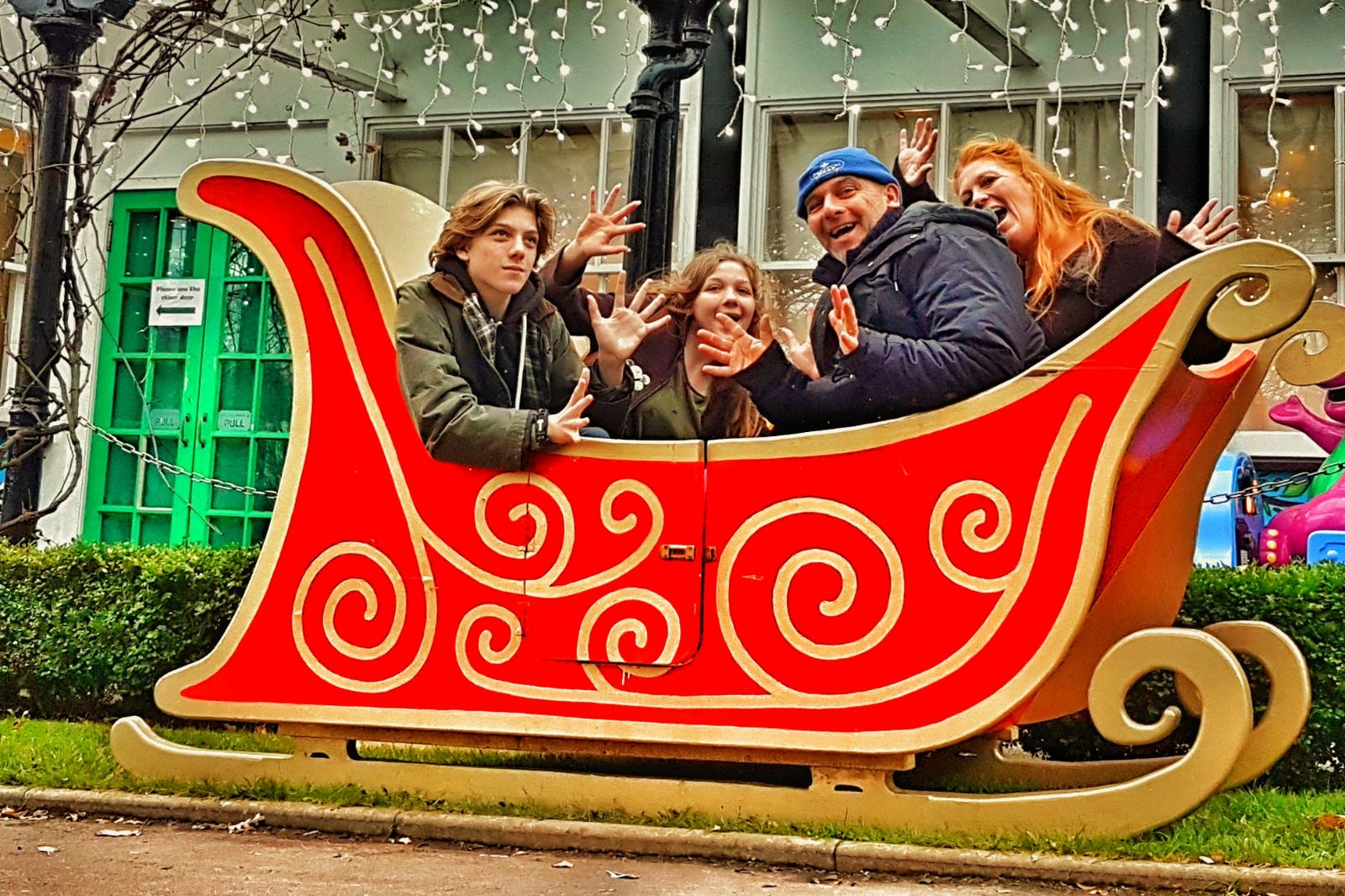 Davies tolerated silly photos – I keep telling him he will be grateful they all exist when he is older, I’m not sure he believes me!

On the way home we drove over the Clifton Suspension bridge – another first for all of us, unplanned but it was there so we did it!

Mainland birthdays mean fast food opportunities for dinner so that’s what we did, followed by birthday tiffin and birthday fizz.

Happy birthday darling girl. May 15 be as filled with adventures, fun and laughter as all of the previous years. 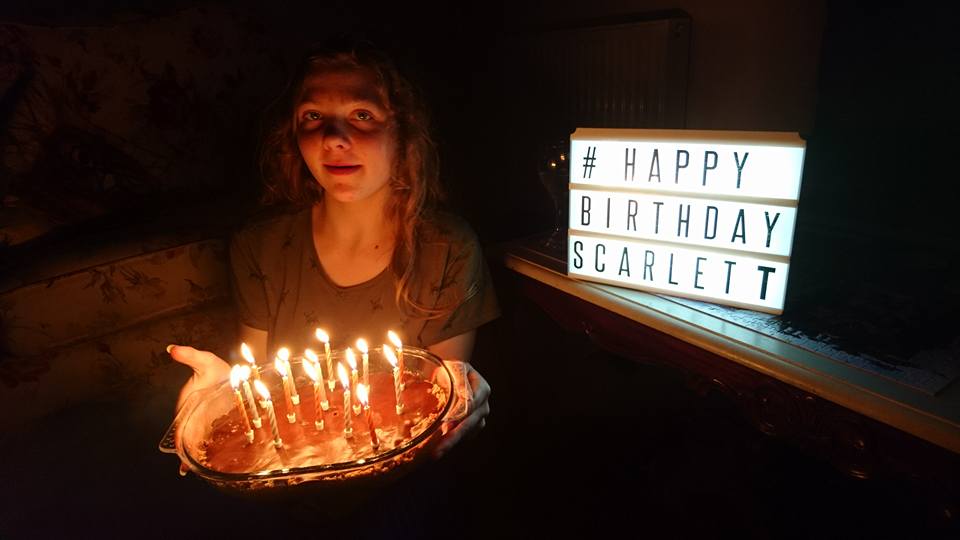 You live for over five years in a caravan, that you dragged – with assistance from fellow islanders and a tractor down a bank, along a bumpy track, over a river and up a muddy hill. You create an address yourself because no one has previously lived in that spot, get your water from a river, your power from solar panel and wind turbine. You rear and kill animals, learning to shear sheep, fend off eagles from stealing your birds and red deer from eating your crops. Your idea of a top night out is sitting infront of the shop in your wellies drinking cider from a can while singing along to a fellow islander strumming a guitar. You make friends who will last forever and memories to fondly recall when you are old and grey. You are the subject of a Ben Fogle show and make a living from selling crocheted midges. It’s hard to know where to go when you need a bit of respite really.

Cue Glastonbury. Home to the largest green field festival in the world, place of myth and legend, a high street filled with shops selling tie dye and crystals. It’s very not Rum but it’s certainly not without it’s parallels. And much as I don’t feel a calling to settle here for any length of time it is certainly somewhere we return to again and again, often at times of feeling at a loose end and needing to regroup. So here we are again.

So far it has been the usual eclectic mix that Glastonbury always offers us. Comforts and conveniences – central heating, washing machine, bath and microwave. Retail therapy – both in shopping and in playing shops as we have been helping to get a new farm shop ready for it’s opening today; calling our old skills into play of merchandising and planning layouts. I’ve also spent a day at a market displaying my crochet wares – I didn’t sell anything but had some interesting chats with fellow stallholders and visitors. There have been treats – a visit to Bath spa for me, the ultimate of all baths! Tastes of Christmas including our overdue annual Christmas cake making. And friends – the friends we are staying with and a steady flow of visiting friends who happen to be nearby either visiting or living close. 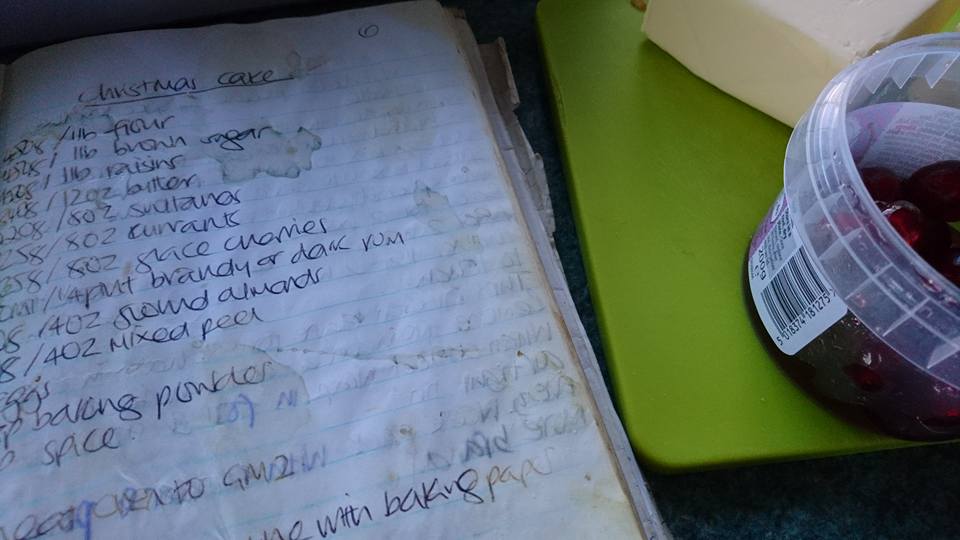 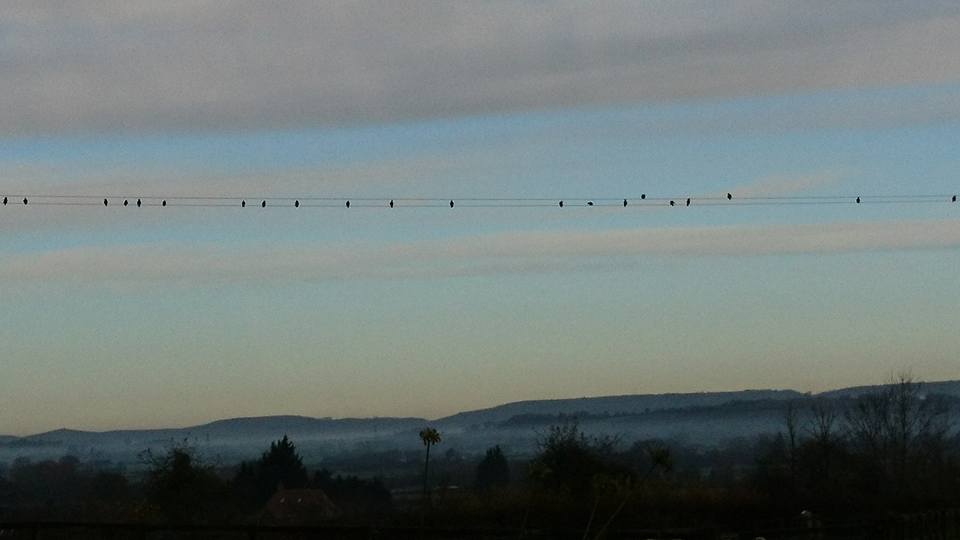 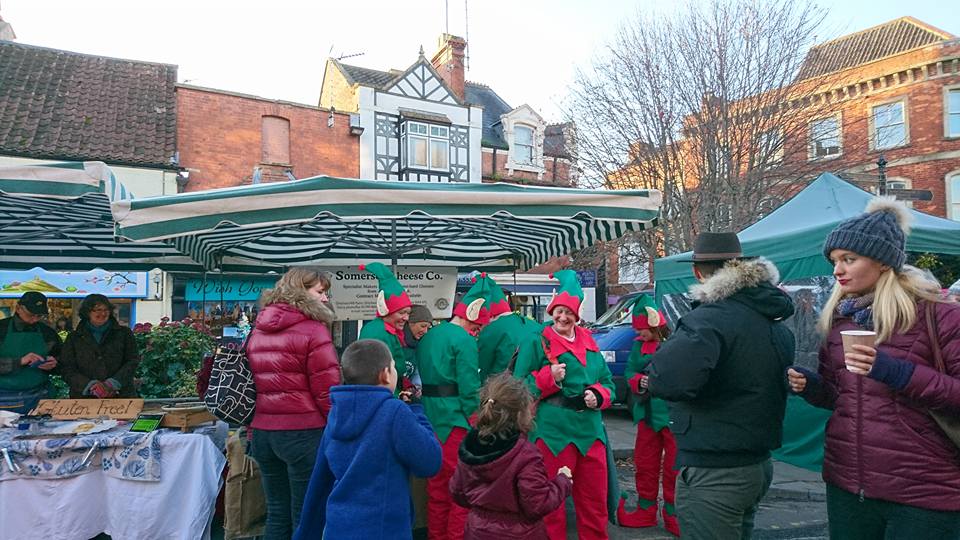 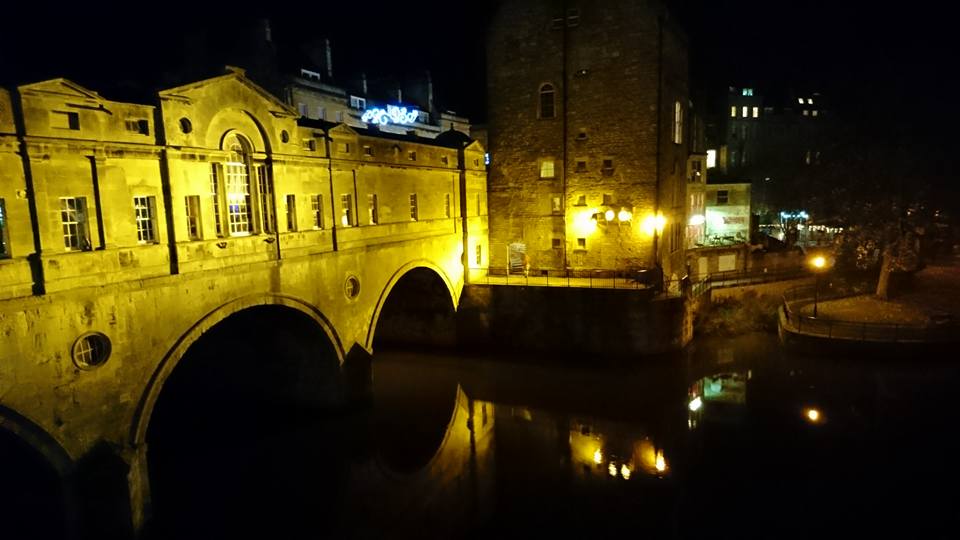 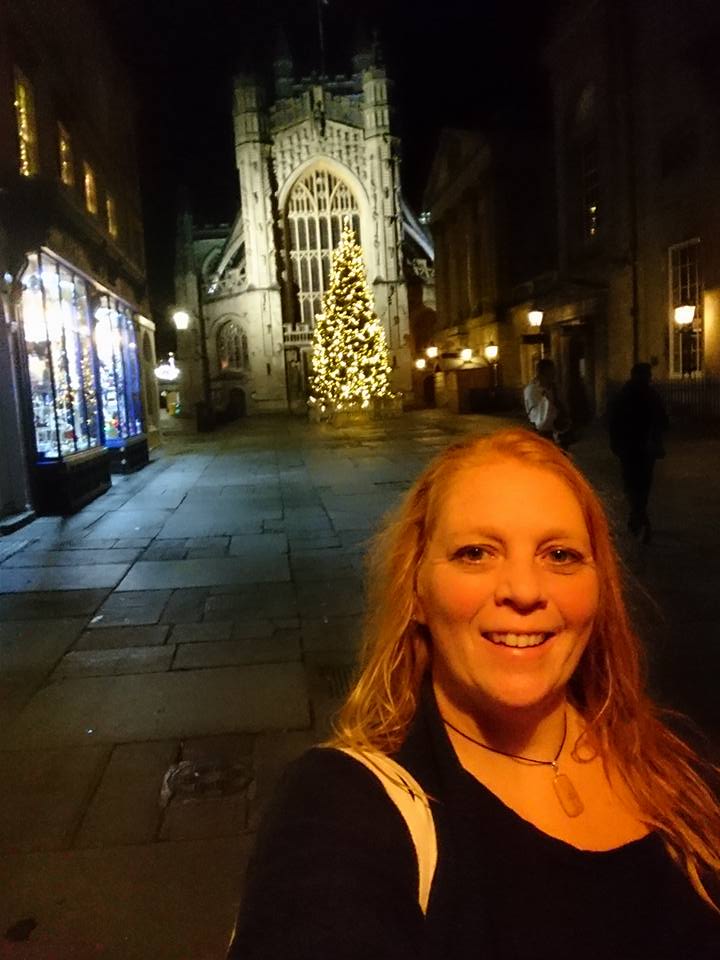 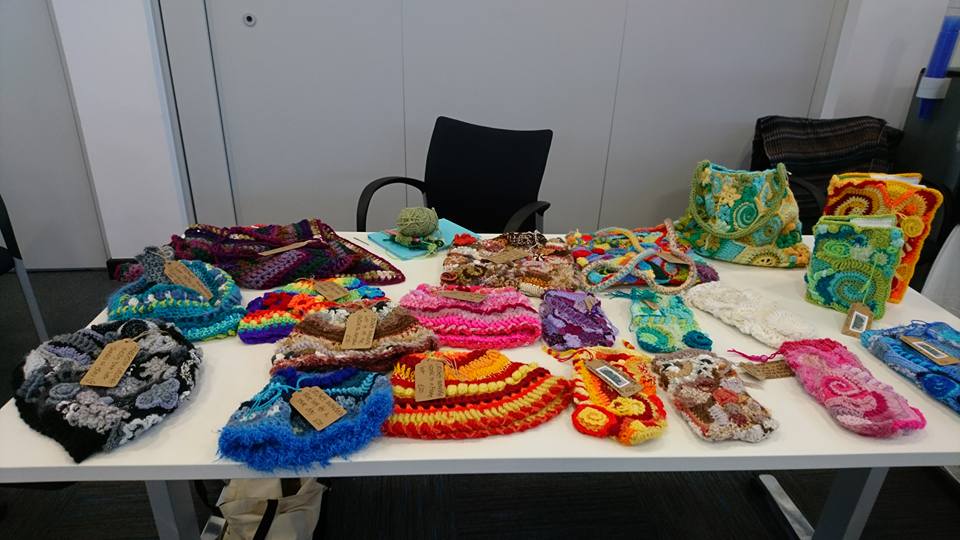 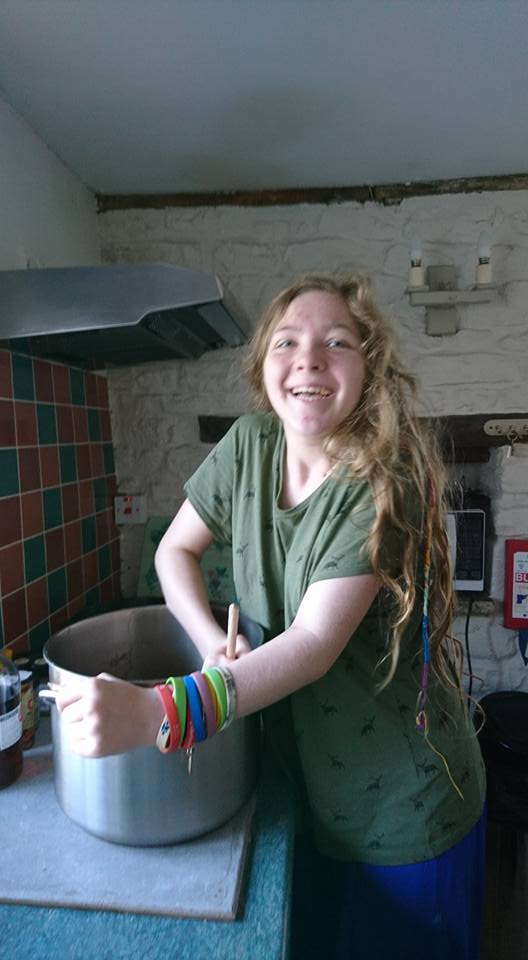 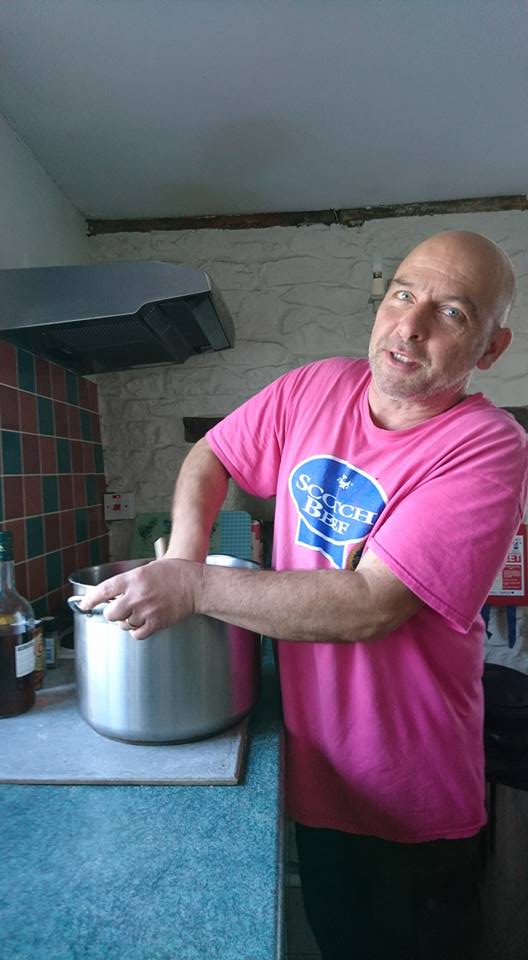 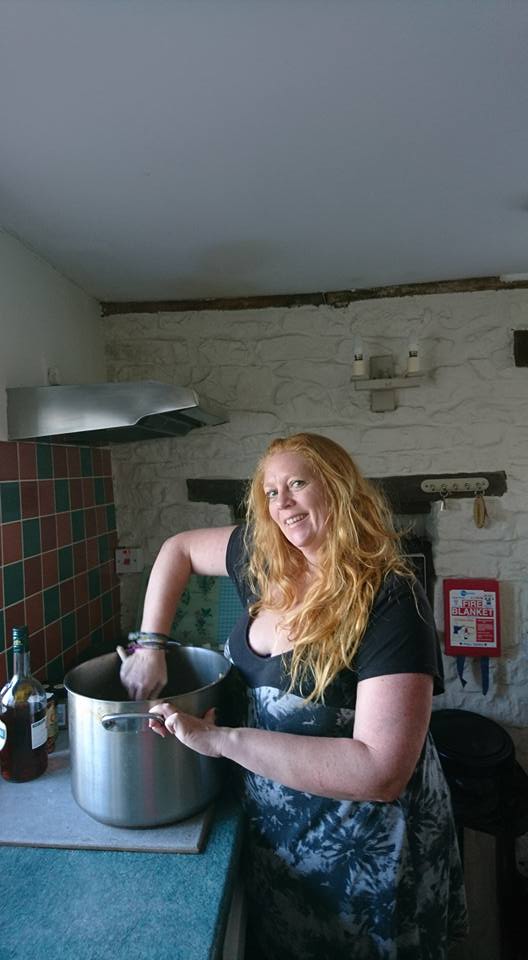 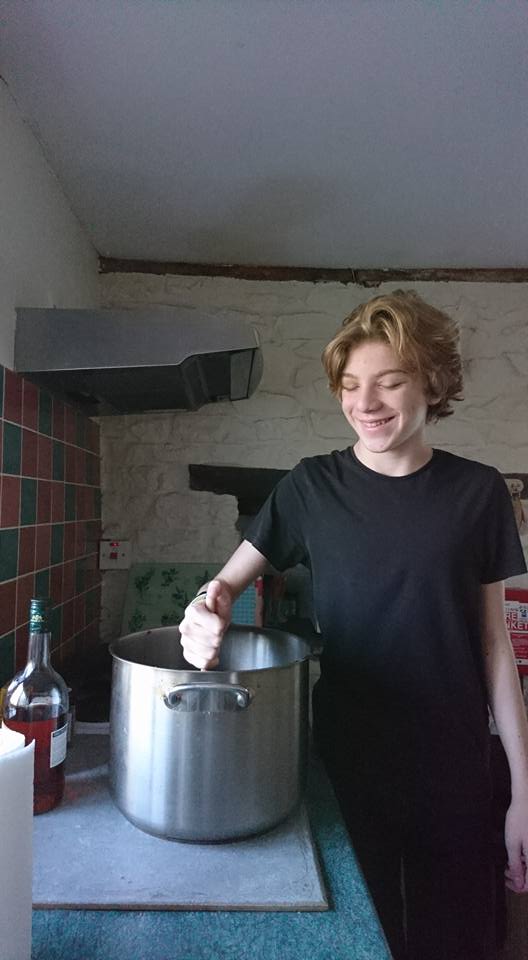 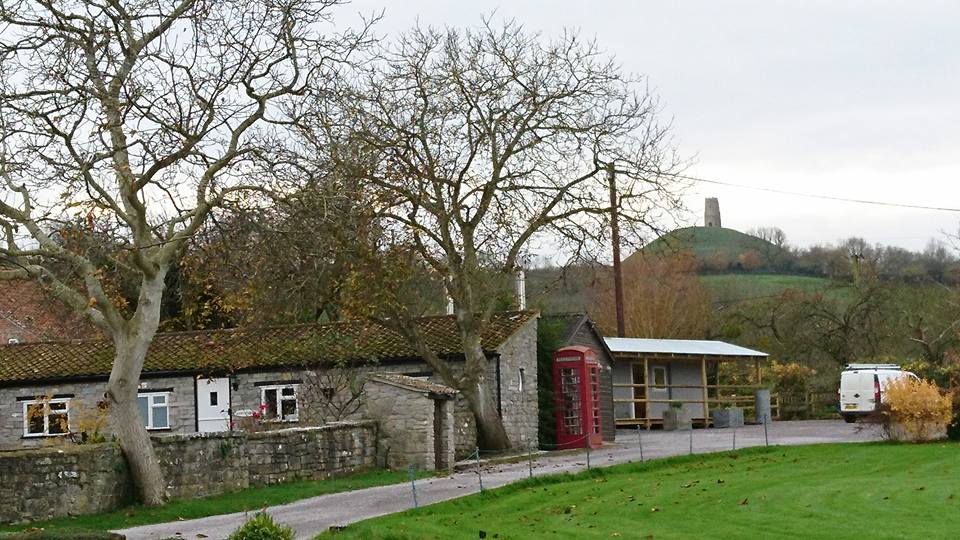 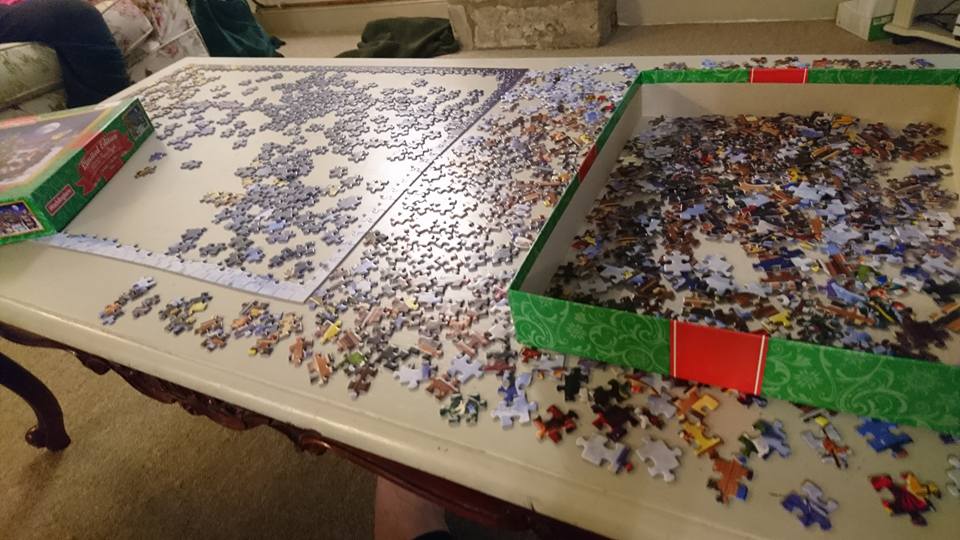