Another gap in blogging. For all the ‘right reasons’ fortunately.

The April gap was because we were so busy with friends and family visiting and us having time off Rum. The May gap has been because we’ve been so busy catching up with all the stuff on the Croft that we didn’t get round to because of all the visitors and visiting!

Croft 3 In the Shed has been promisingly busy – selling lots and lots of jam and eggs, postcards and a heartening amount of new products like the paracord midges.

In a slightly unusual turn of events my small amount of sitting down indoors time has resulted in making something just for me. On our trip to Harris & Lewis last year I bought a few end of run balls of yarn from the Harris tweed store -the place where the material, garments and rugs are woven. Scarlett and I chose a few sort of complementary balls in various sizes and I’ve been toying with what to do with them ever since. I even made a scarf from one of the balls but it was too short so I unravelled it. But odd half hours here and there this week randomly picking up colours and changing directions and stitches as I went along until the yarn ran out this morning have created a super cosy scarf which I am delighted with and am even looking forward to the winter when I can snuggle my neck into it. 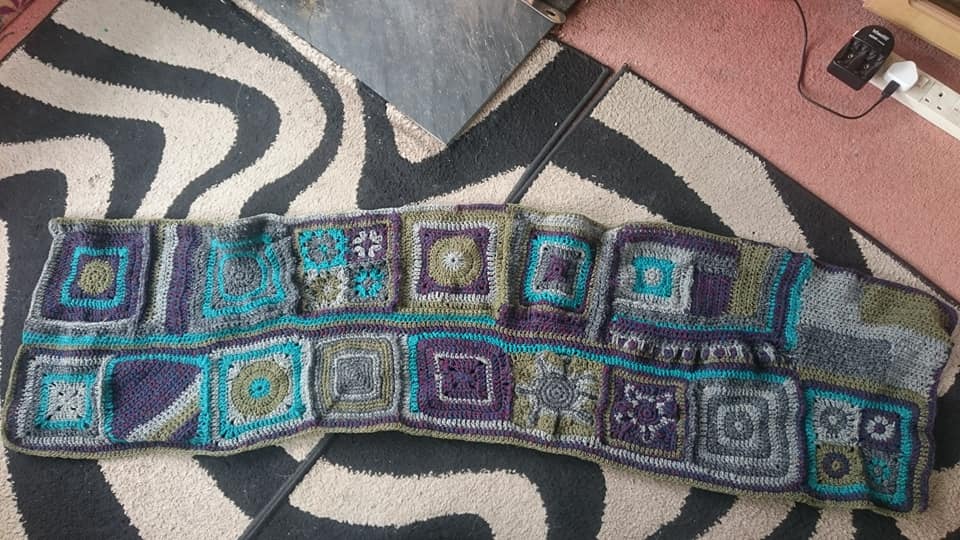 I’ve spent hours and hours in the walled garden. Weeded all the beds, planted out all the seedlings, watered, listed to many podcasts and celebrated the first asparagus peeping through. This year we finally get to cut and eat it! 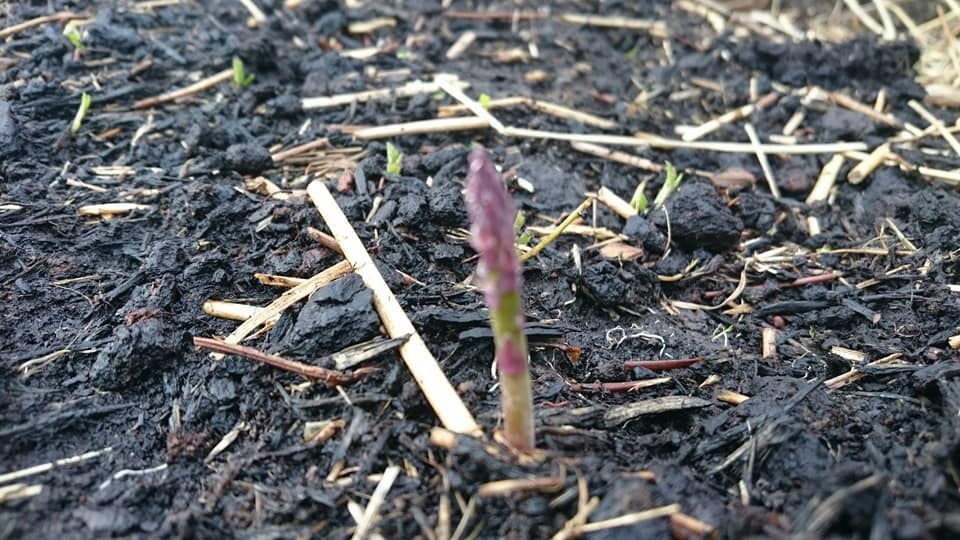 We’ve made full use of the cob oven, cooking in it about four times. It gives us such a feeling of achievement that oven. It symbolises our ideals of turning natural resources into low impact tools, making use of what is already here. Being able to slowly cook our own pork adds an even more rewarding (and delicious) element. Being able to host friends we’ve made since we’ve lived here pretty much makes for a perfect afternoon. Which was how Ady celebrated his birthday last weekend. 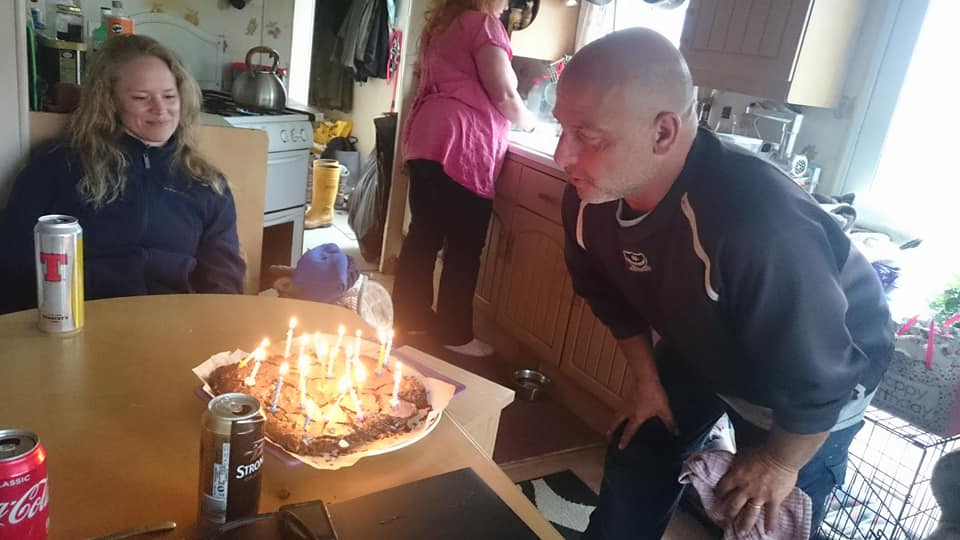 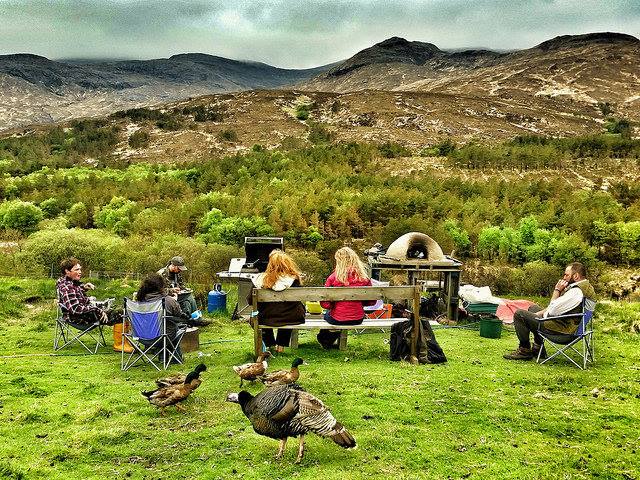 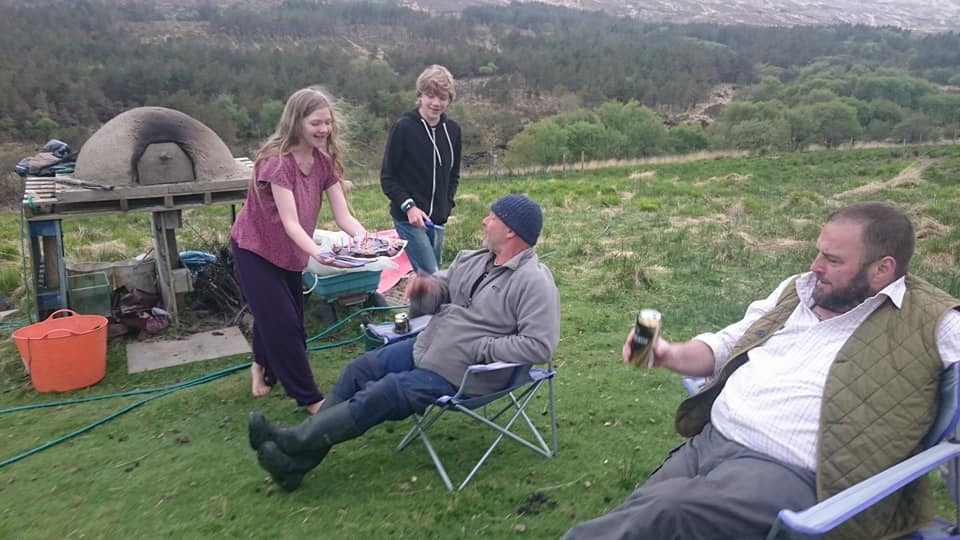 We’ve rounded up some of the extra cockerels and drakes roaming the croft and penned them to fatten for the table. We had a couple of incidents of cockerels fighting plus the female ducks and chickens were getting pretty hassled by the males so it was time. They will have a couple of weeks of being in (still very large) pens with plenty of food before we despatch them. We have various broody females sitting on eggs around the place – a turkey in the woodland, some chickens in sheds and a couple of ducks in undisclosed locations that we are aware exist but not sure of the precise place. So we’re on the alert for the cheep cheep of tiny beaks any time soon.

And we’ve been interspersing our busyness on the croft with plenty of enjoying our surroundings too. I think no matter where you are it’s so very important to take time to stand and stare. Possibly even more so if you are somewhere like Rum where it is both so very, very beautiful but also that beauty comes at such a high cost at times.

So river swimming and boat trips it is then. 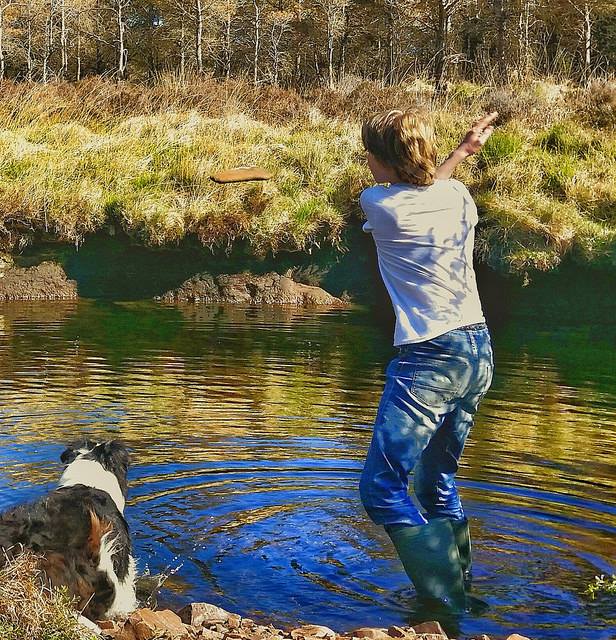 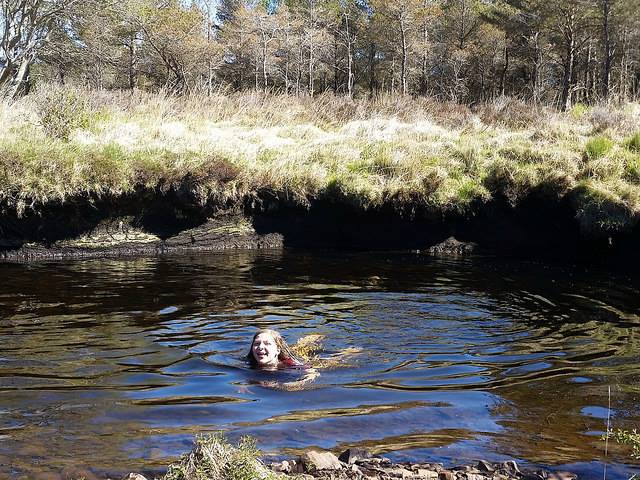 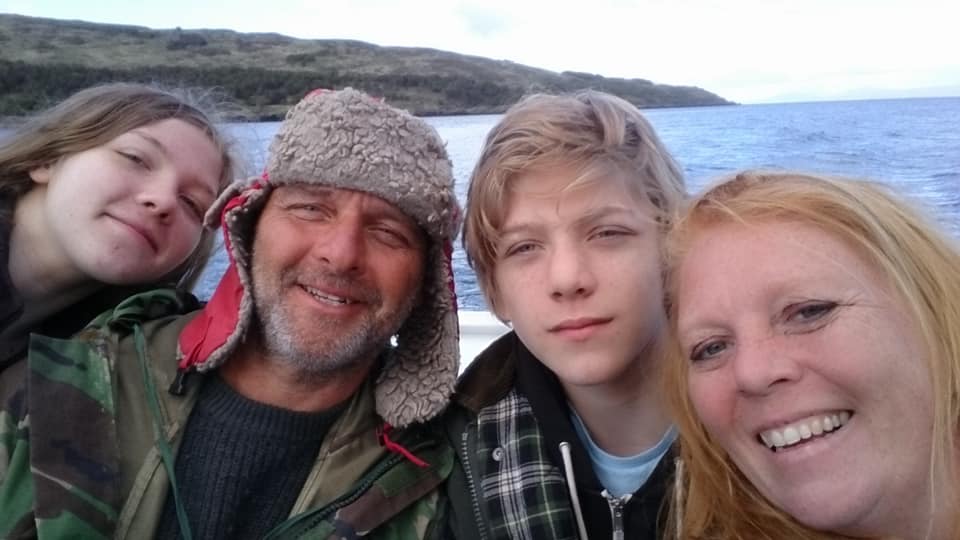 And an early evening cider on the sporran celebrating the first day of the year when you get to walk around the croft wearing normal shoes instead of wellies! 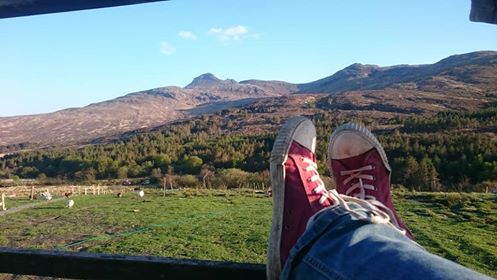 About fifteen years ago in the early days of the internet and my early days of parenting I joined a couple of online parenting forums. The internet has moved on to an almost unrecognisable incarnation and life has moved on too. However from both of those forums came ‘imaginary’ internet friends who existed first on the other side of the screen but over the years many of them have become real life friends. My online friends, much like Davies and Scarlett’s are scattered across the globe – it’s a world wide web after all. Many of the friends who have visited us here on Rum over the last five years and many of the friends we have adventured off to visit were friendships first forged online.

One of the forums was a feminist parenting forum, mostly populated by women, mostly at similar stages of motherhood to my own – babies and toddlers. Women from all walks of life, all professions, all corners of the planet. Our paths came from different directions, crossed with each other and carried off along tangents but that group of women remain some of my very best friends to this day. Women I still talk to online daily, sharing the ups and downs, ifs and whys of life. We’ve supported each other through bereavements, marital breakups, new relationships, parenthood from birth and beyond, career ups and downs and more. They truly are my sisters. One of the great joys of these relationships is how in many cases the friendships have included partners and children with our offspring considering themselves extended family to each other too.

At the end of last year when Scarlett was trying to come up with ideas for birthday and Christmas gifts she declared that she would rather have experiences and memories than stuff (that’s my girl!) and so her gifts included a trip to the local wildlife park when we were on the mainland and ‘going somewhere on a plane’. Despite ecological guilt having never flown Scarlett wanted to tick that off her list of experiences. So budget and time constraints in mind the obvious destination was Northern Ireland. Nearby, somewhere neither of us had been (she chose to have her adventure with me) but better yet somewhere where we’d been invited by one of those ‘sisters’ of mine, one who’s daughter has become a ‘sister’ of Scarlett’s.

So, to round off our mad month Scarlett and I left Rum last week on the ferry, drove to Glasgow, flew to Belfast and had a three night stay in Northern Ireland. I think it would be fair to say we squeezed every last drop out of our time there, including a completely epic first day when we were both awake for a full 24 hours from walking across to Glasgow airport at 5am, boarding a tour coach in Belfast city centre at 9am, travelling up to the north coast to a spot where you can stand in Northern Ireland and spot both Eire and Scotland, leaping from rock to rock at the Giants Causeway (somewhere that had been on my list of places I wanted to visit for a very long time), popping into a whiskey distillery, walking across a rope bridge metres above the rocks and ocean, eating ice cream, fast food dinner, the opera and then bottles of champagne and singing. We also fitted in pints of Guinness in a pub, a meal out, an open topped bus tour of Belfast taking in the various sights and sounds including the Titanic quarters, the peace wall, various locations that I had seen on the news as a child during the troubles and the murals. I cried.

It was an utterly fabulous few days. So lovely to spend time with friends at their gorgeous home, catch a glimpse of Belfast – enough to make us sure we want to return, rack up some stories to tell (the abandoned wine, the taxi mix up of there being two airports in Belfast…) and despite us both really missing Ady and Davies (safely back on Rum looking after the croft and staying up late watching movies that Scarlett and I wouldn’t want to watch and eating chips with everything by all accounts) it was lovely to have a wee adventure just me and my girl. 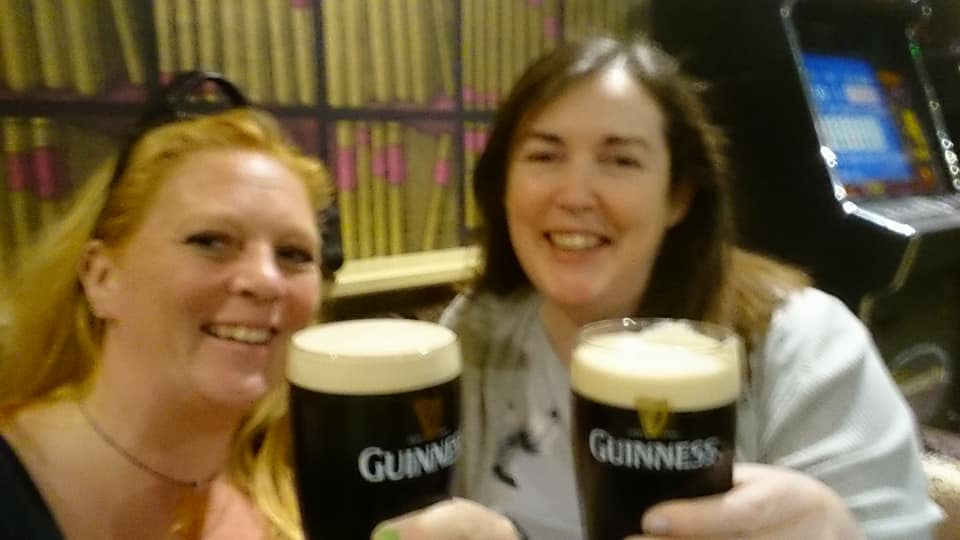 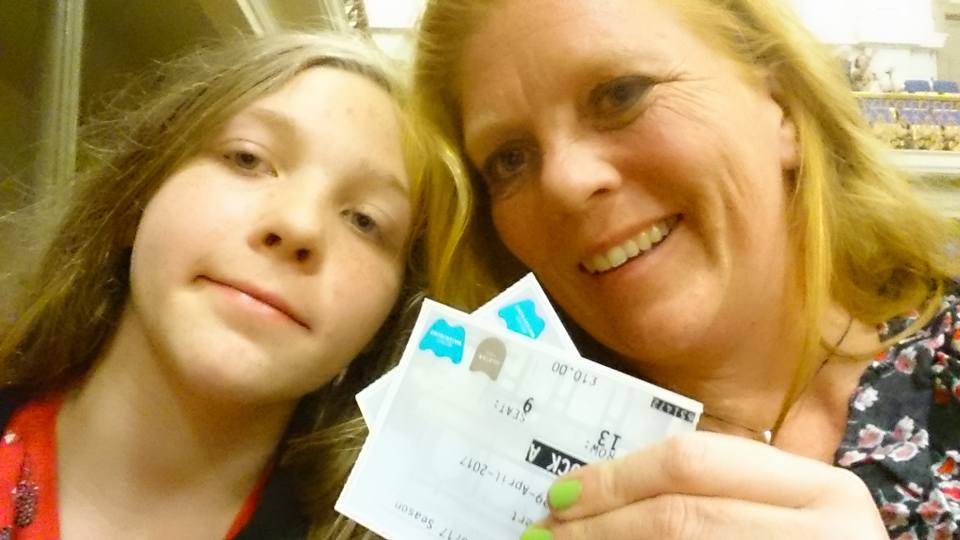 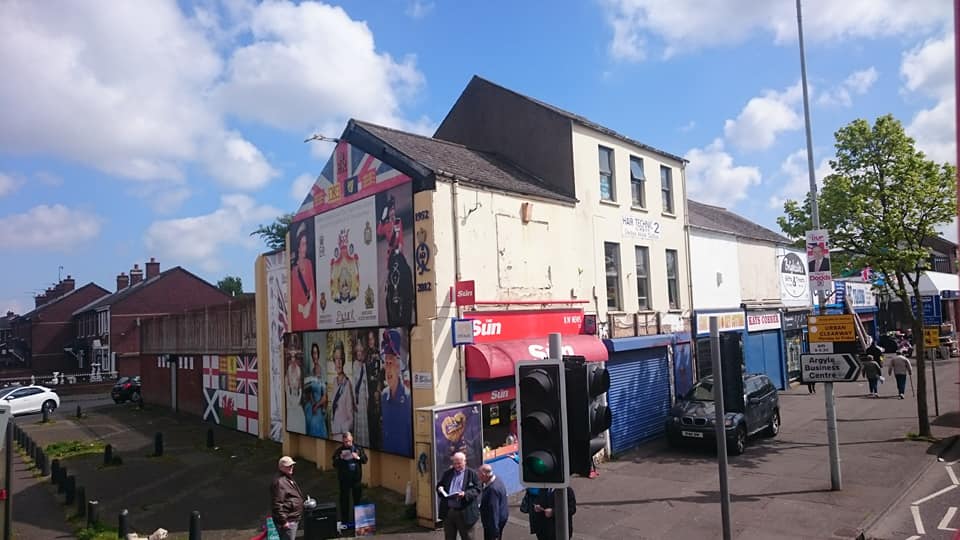 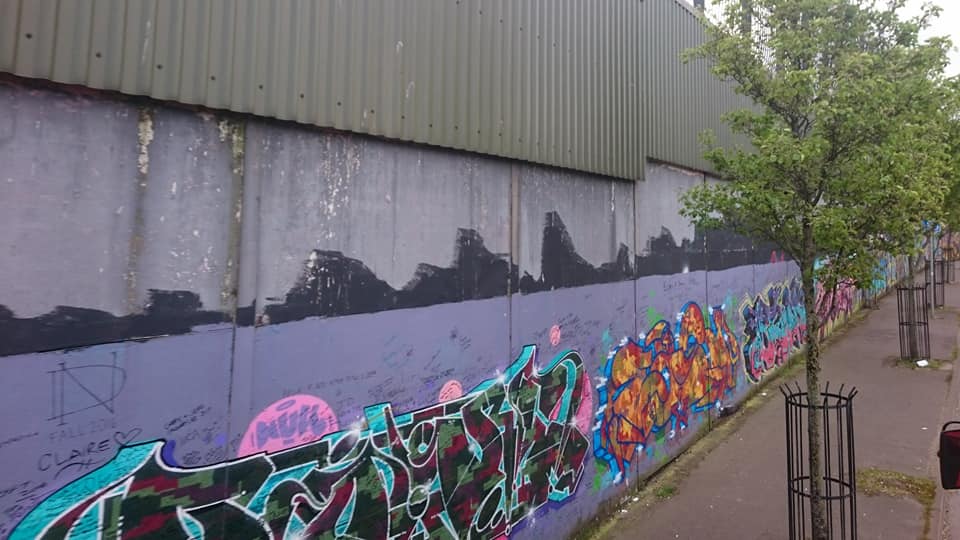 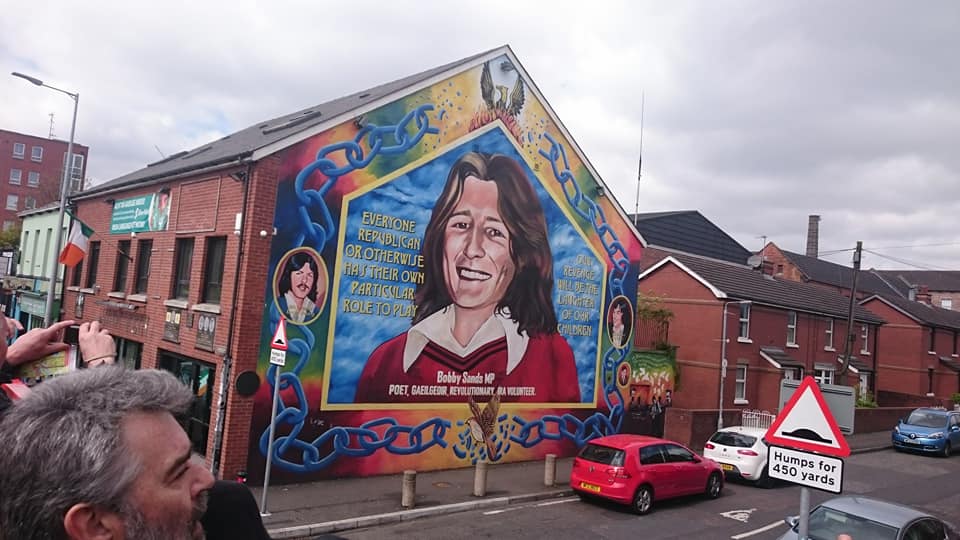 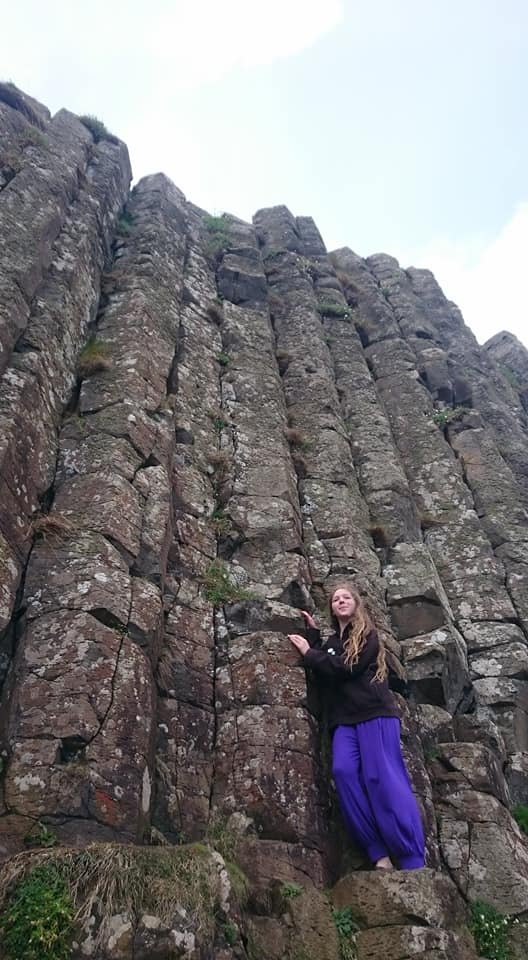 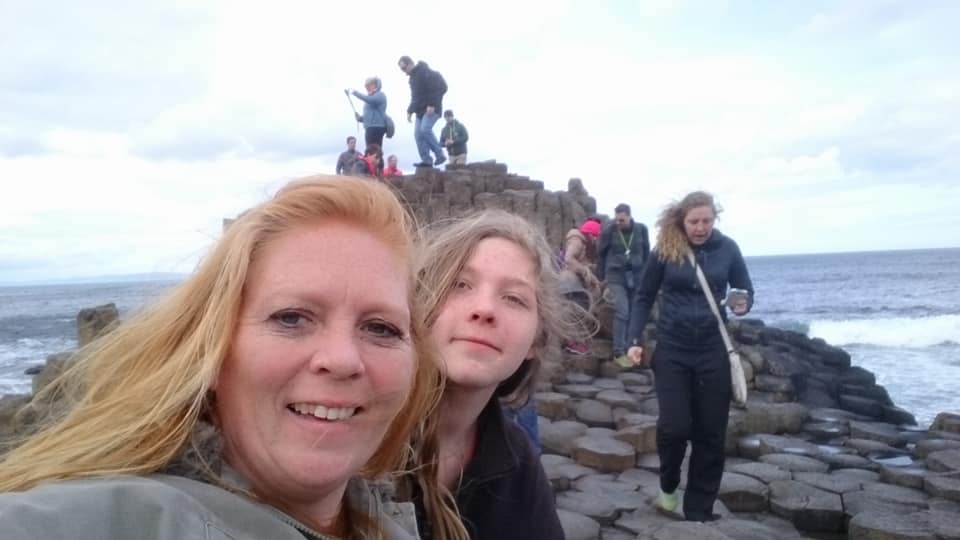 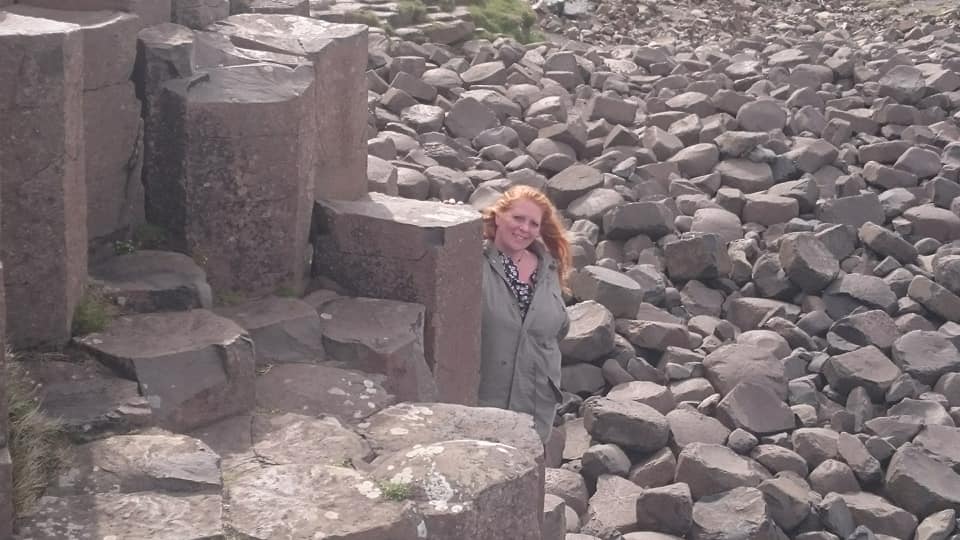 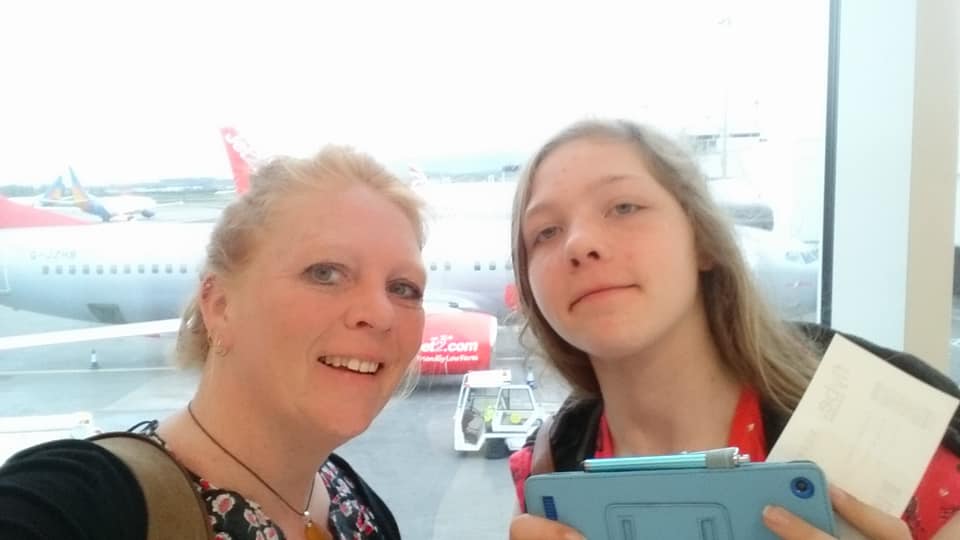 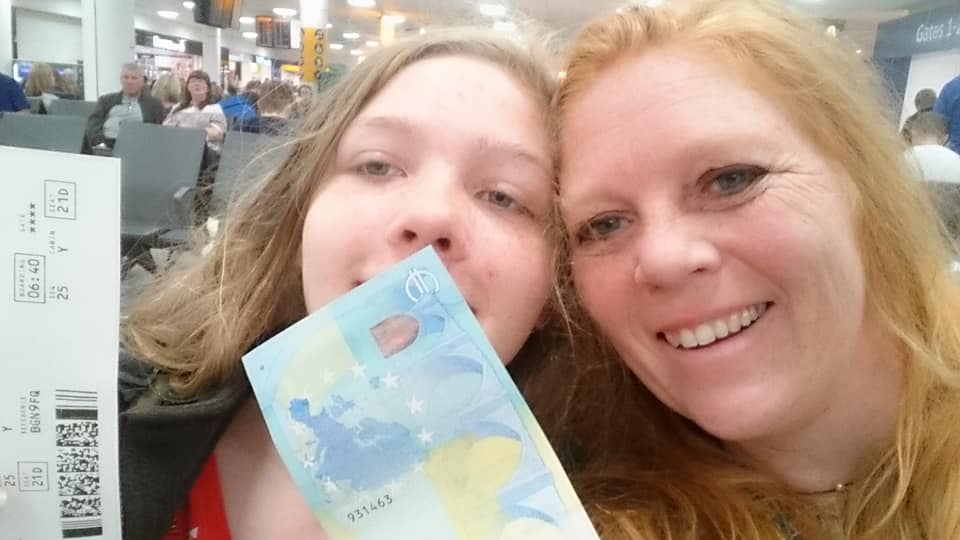 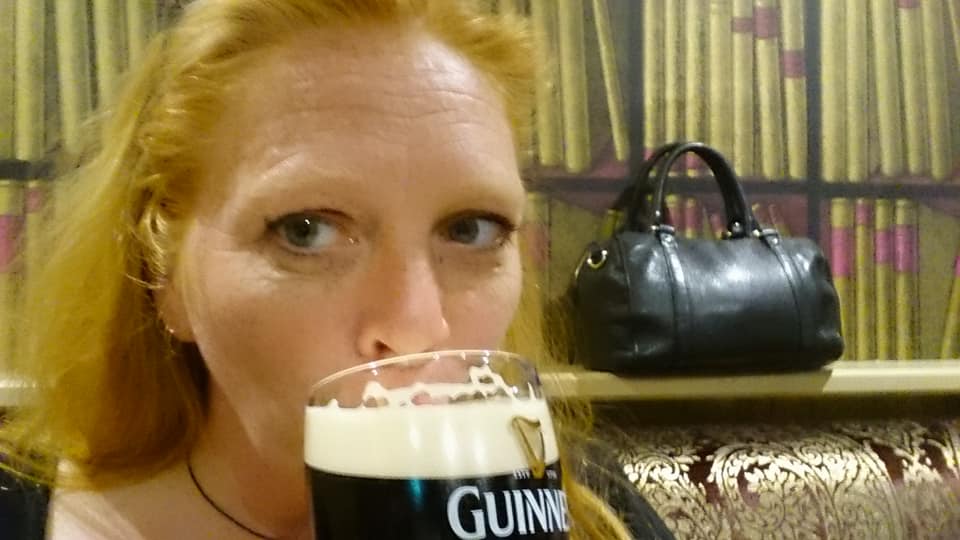 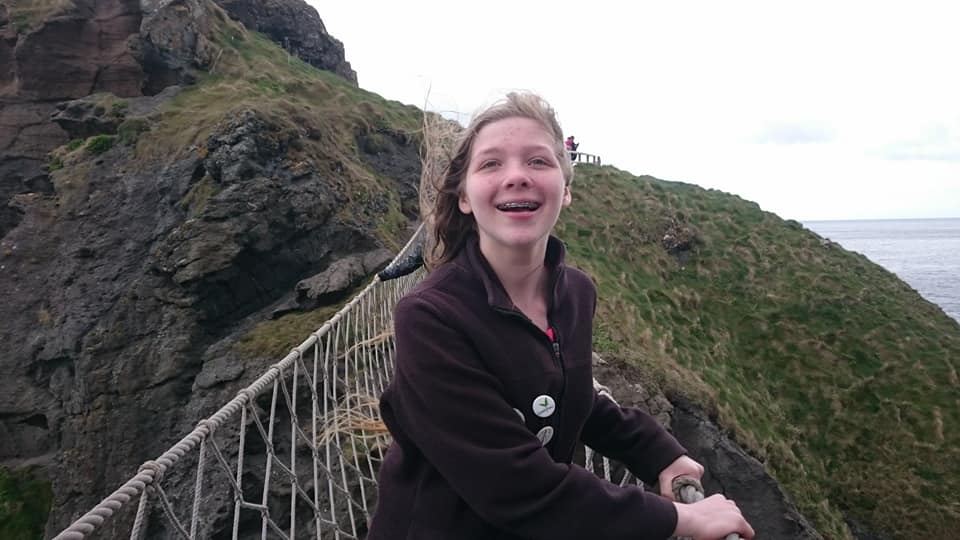 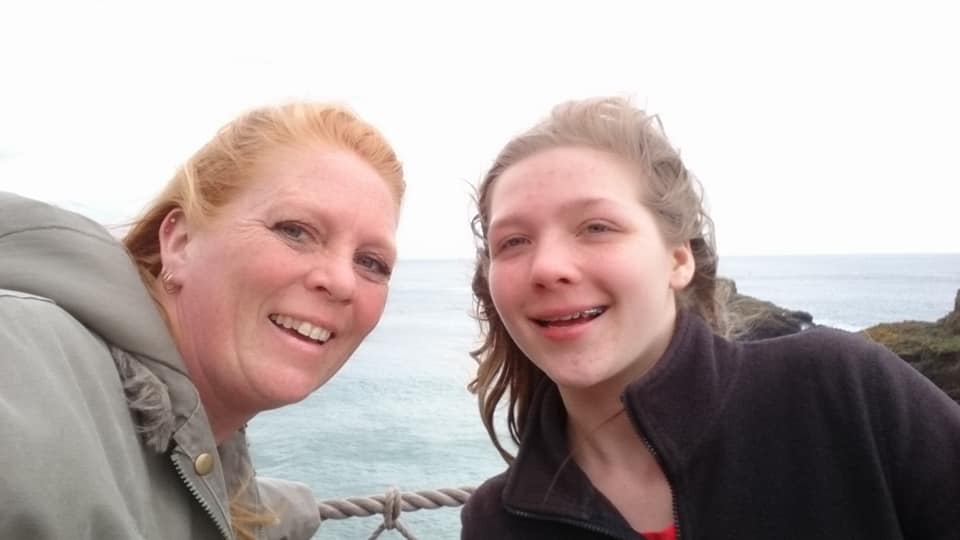 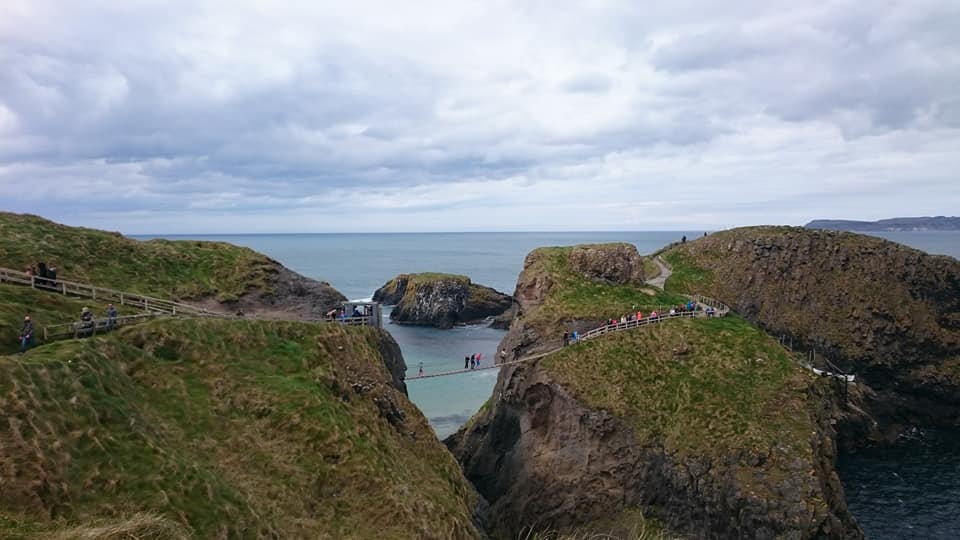 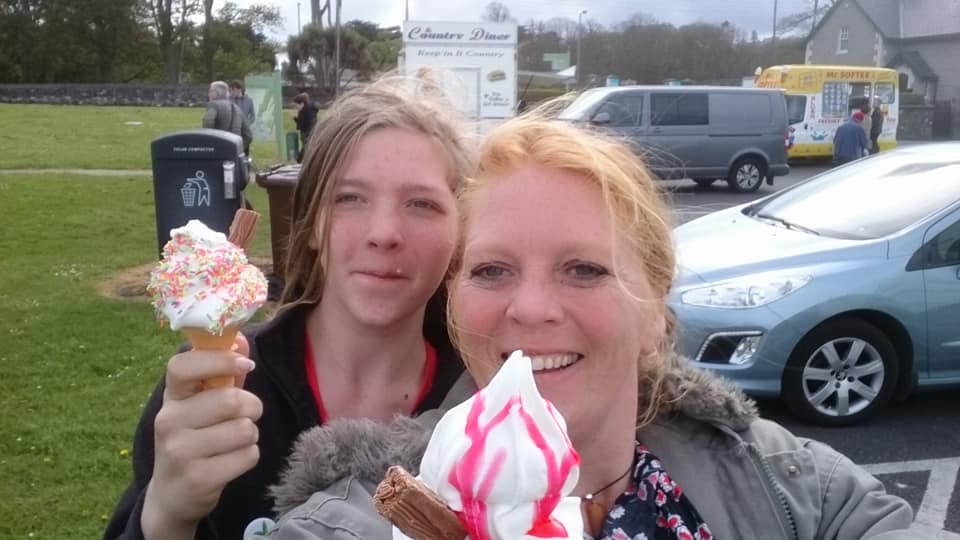 In my head I hadn’t been away quite so long….

April was always going to be a mad month for us this year. So mad infact that it started back in March and didn’t end until May! For the whole of that six week period we had just 2 nights where we woke up on our own beds, went to sleep in our own beds and there were only the four of us in our caravan. The rest of the time we were either some or all of us not at home or had guests also staying.

We had visits from friends and family, went off to visit friends, had trips to the dentist, went to collect visitors and in the case of Scarlett and I had a mini adventure including planes. 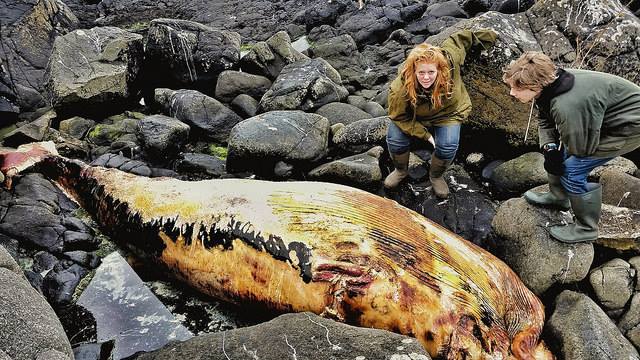 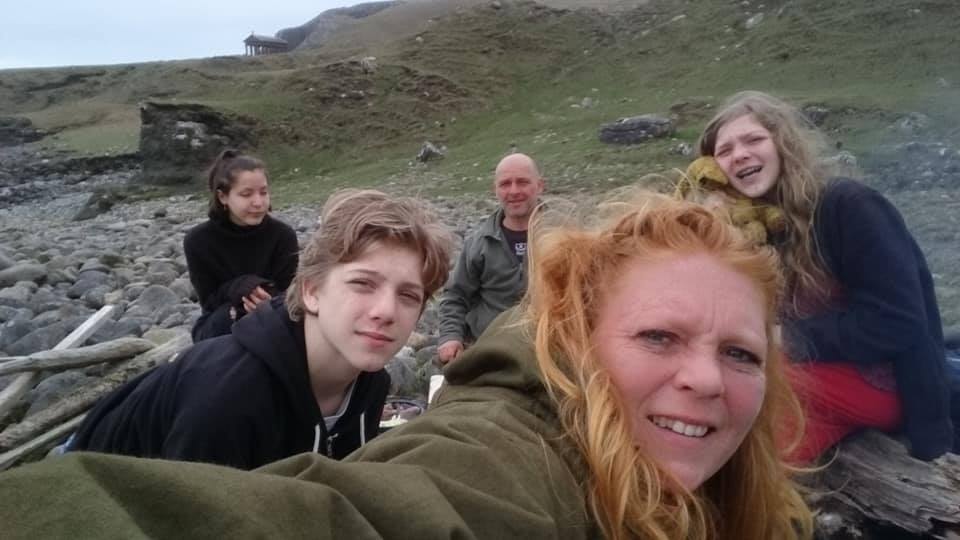 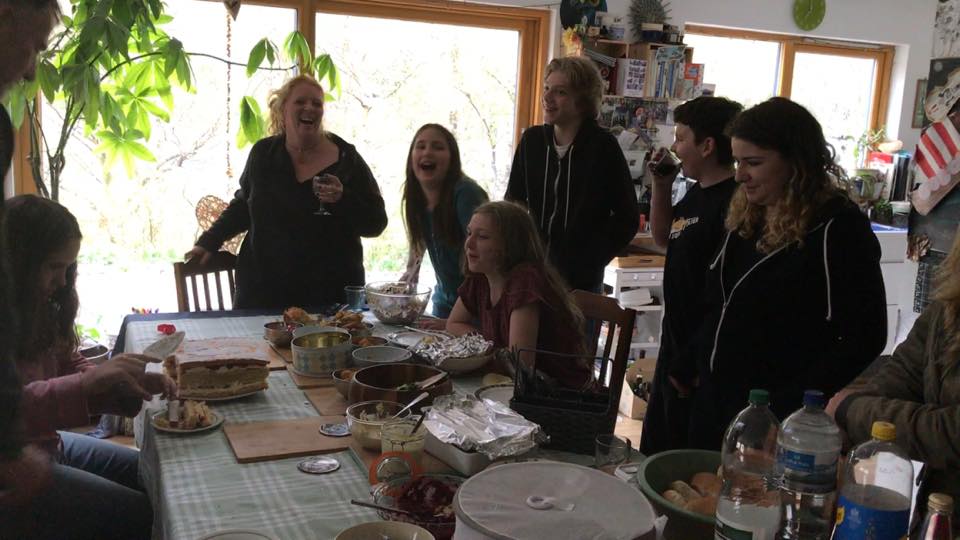 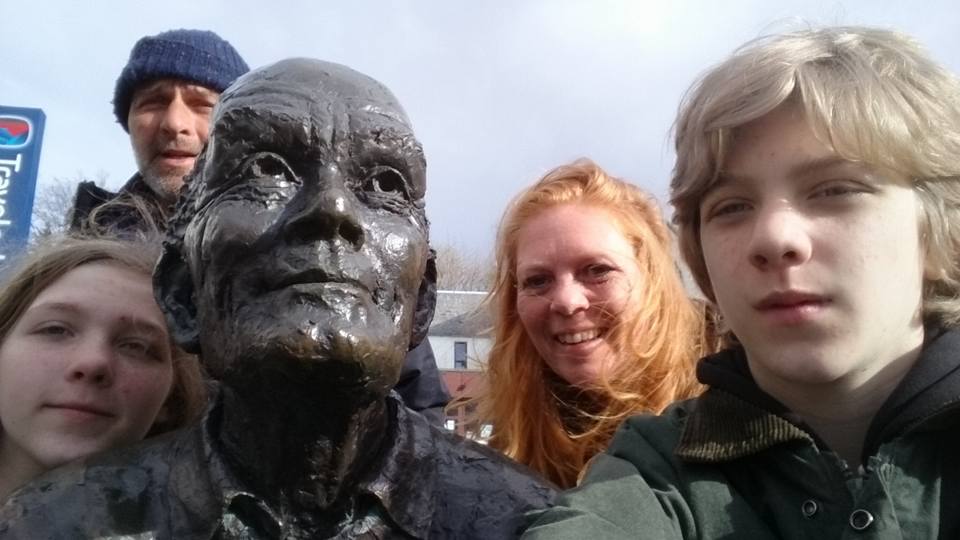 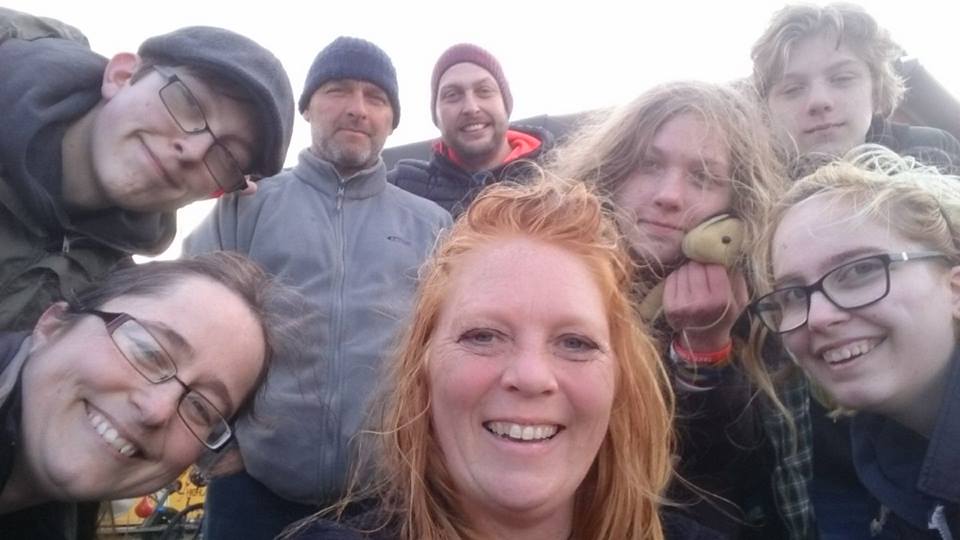 In typical April fashion we had all extremes of weather – frost and snow, rail, enough of a dry spell to require suncream, the island hydro power system to fall back to diesel back up and the fire warning signs to go up. Birds have gone broody, the cuckoo has begun to call, the swifts are back, the bats are flying and it’s still daylight at 930pm.

We celebrated our five year anniversary of living on Rum. Five years! I think I need to dedicate a post all of it’s own to that particular milestone actually, it feels such an achievement.